Home Celebrity/Entertainment Are they twins? 5 Nigerian Female Celebrities That Look Exactly Like Their... 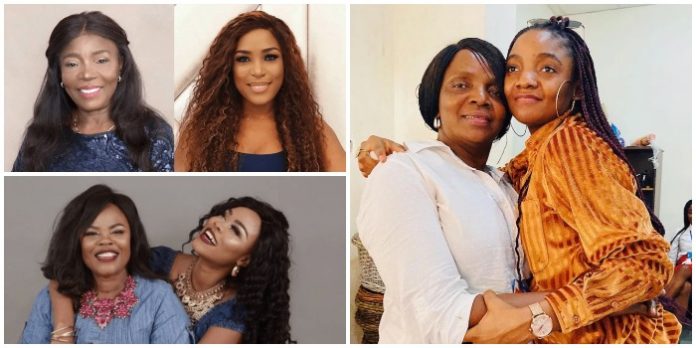 I was scrolling through Instagram when I saw the video below posted by Laura Ikeji. In the video, Laura is seen dancing and then a woman in shades comes up behind her to start dancing with her. For a second my brain was like “Isn’t that Linda? Ah ah, what happened?” but then I watched some more, looked at the caption, and realized that it wasn’t Linda but her mother.

The two share an uncanny resemblance and it is very evident that when Linda gets to around her mother’s age, the two will look exactly the same.

Regina Daniels and her mother Rita Daniels share an uncanny resemblance. The mother-daughter duo even in their relationship sometimes look more like sisters than mother-daughter. The two are constantly photographed wearing the same outfits, playing together, sometimes even kissing on the lips. The resemblance between these two extends further than just resemblance, it’s also in personality.

There’s no way I can write a list like this without writing about the resemblance between Tonto Dikeh and her mother. Even though Tonto lost her mother when she was only 3 years old, she still remembers the little time they shared fondly. One day, she took to social media to celebrate her mother and when she posted the picture of her mom, fans couldn’t help but wonder if Tonto was a re-incarnate of her mother. The two look almost exactly the same.

Daniella Okeke doesn’t post too much about her family online. But when one day the Nollywood actress decided to post pictures of herself with her mother, fans were very quick to point out the striking similarity between the two women.

From their smile to the way they pose to even the way they laugh, the similarity between these two women is very uncanny and very unmistakable.

Nigerian singer Simi is very well known for keeping her private life private as much as she can. Still that didn’t stop her from one time posting pictures of herself with her mother. Immediately the pictures hit the internet, fans were very quick to point out the similarity between Simi and her mother. Also, when Simi’s mother got married and of course Simi was in attendance, the two of them being there was definitely a sight to behold – a real carbon copy of her mother, that’s what Simi is. Simi and her mother are twins. 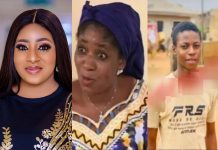 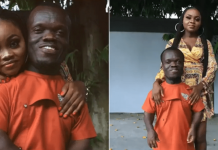 “A Man is A Man” – OAP, Nkubi’s wife, Nkeiru speaks on the 5 Things she has Learnt From Being Married to a Little... 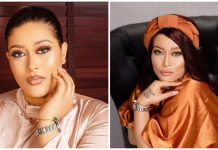 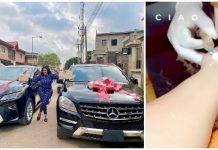 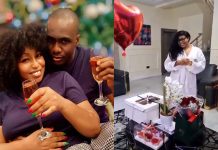 Rita Dominic gets valentine surprise from her fiancé, Fidelis Anosike ahead of wedding – Watch Video 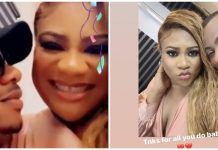