Home General News Apostle Suleman breaks silence after being allegedly accused of sleeping with another... 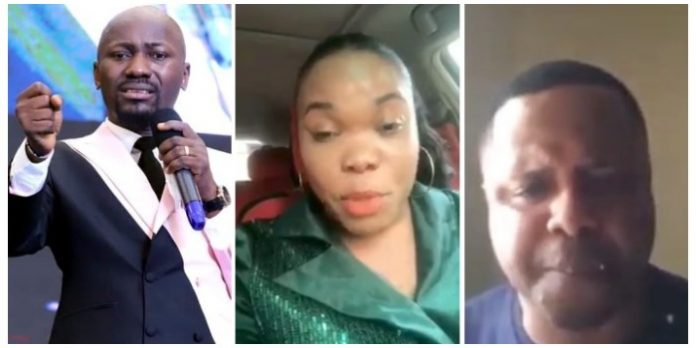 President of Omega Fire Ministries International Apostle Johnson Suleman has denied out rightly being under probe for alleged infidelity and misconduct. 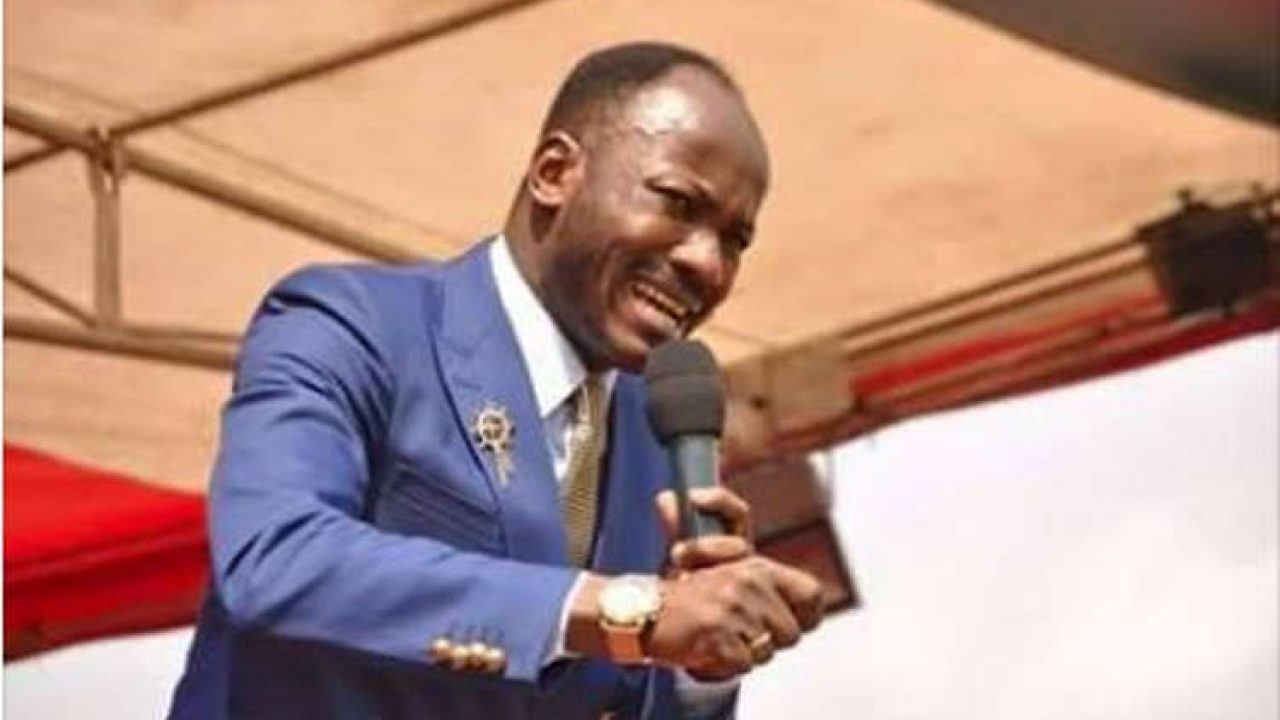 The letter, with reference number CB:7000/IGP.SEC/ABJ/Vol.515/561, was signed by the Principal Staff Officer II to the Inspector-General of Police, ACP Iliya Doma.

The letter is a sequel to a petition written by V.C Ezenagu & Associates on behalf of the aggrieved Pastor Mike Davids.

But in a tweet on Monday, Suleman urged the public to discard the report, saying there was no such thing.

“IGP orders probe on me? Where, when? Maybe my ghost. Just reading stories now. Please discard. There is no such thing. Bad press really sells fast,” he said.

If you miss the news, read below

The Inspector – General of Police, Mohammed Adamu, has ordered a probe of the General Overseer of Omega Fire Ministries International, Apostle Johnson Suleman, for allegedly sleeping with the wife of Pastor Mike Davids, threatening his life and denying him access to his children.

The woman Apostle Suleman is accused of sleeping with is known as Pastor Faith Edeko , who heads the Abuja branch of Omega Fire Ministries in Utako while her husband, Pastor Davids, has left the church.
The IGP conveyed the order in a letter addressed to the Deputy Inspector – General of Police, Force Intelligence Bureau , Garki , dated January 5, 2021 .

The letter is sequel to a petition written by V . C Ezenagu & Associates on behalf of the aggrieved Pastor Davids who accused Apostle Suleman of threat to life and preventing him from seeing his three children .

The police letter is titled , ‘ Re : Criminal Petition Against Apostle Johnson Suleman for Enticement of a Married Woman ; Adultery ; Unlawful Criminal Restraint to Access Children and Threat to Life ’ .

The letter reads in part, “ I attach herewith a copy of a letter dated December 30 , 2020 with its attachments received from V . C Ezenagu & Associates on the above underlined subject . The Inspector – General of Police directs that you treat. Accept the assurances of my esteemed regards please . ”

In the petition he sent to the IG , Davids said he met Apostle Suleman in 2003 while he was in school . He said they became very close and he was eventually ordained a pastor of Omega Fire Ministries on June 9, 2006 by Apostle Suleman and served the church for over 15 years before his exit in 2019 . He attached his pastoral certificate with licence number 125 to the petition .

In three videos posted on Instagram on Sunday , the aggrieved pastor accused Suleman of sleeping with his wife and destroying his marriage .

Davids , who wept in the videos , said he began a relationship with his wife in secondary school and they courted for about 11 years before marriage.

He said in 2008 he introduced his wife – who was still his fiancée at the time – to Apostle Suleman whom he regarded as his spiritual father and she told him that Suleman had been making advances at her and once invited her to Reliance Hotel , Benin , but he never regarded it as anything serious .

The aggrieved pastor said things finally began to go downhill when he was posted to Osun State in 2010 shortly after the birth of their daughter , Michelle, in November 2009 .

The petitioner said Apostle Suleman was setting up a gospel television station and then said he would need the assistance of his wife who was an employee of NTA .

He said it was during the visits to Apostle Suleman that he eventually slept with his wife but what made it more painful was that the act was done in the presence of their child .

Davids said , “ My wife was a staffer with NTA Iruekpen , so Apostle Suleman reached out to her that they will need her to build Celebration TV and Rhema for Living . She would have to shuttle between Osun State and Auchi .

“She came back from Auchi to Osun State and said she wanted to talk to me that her conscience was pricking her . I asked what was it and she said that while in Auchi, Apostle Suleman lodged her at Uyi Grand Hotel and he came there and slept with her .

“ And the moment she said that , the first thing that came to my mind was my daughter . I asked where was Michelle when this happened and she said Michelle was on the bed , pushed aside and I asked , ‘ You mean you slept with a man with my daughter on the bed ?’ . I had to let it go because there was nobody I could tell and I couldn ’ t fight with Apostle Suleman … I forgave her but the amorous relationship continued . One thing I know is that my wife was hypnotised . This is not the woman I got married to , who I knew for 11 years . ”

Davids said his relationship with Apostle Suleman soon turned sour and he was suspended but after the suspension was lifted , he refused to return and then started receiving threats from Apostle Suleman.
He alleged that when he left the church in July 2019 , his wife started to fight with him and then his wife left the house with their three children and they relocated to Abuja .

The pastor said though estranged , he and his wife remain married because their marriage has not been dissolved by a competent court .

Davids said , “ Apostle Suleman has given her a branch of the church in Utako , Abuja to head without permission. I am calling on Pastor David Oyedepo , Pastor Paul Enenche, Pastor Enoch Adeboye , Pastor Margaret Idahosa , CAN , PFN .

“ Apostle Suleman has damaged my life . I have not seen my wife and children for two years and Apostle Suleman says if I ever go near them , he will have me taken out . I have a video where he said he will make me disappear . I don ’ t want to lose my life . ”

However, his wife, Pastor Faith Edeko , in a video described her husband’s allegations as cheap blackmail , adding that it was the petitioner that abandoned the marriage and when her relatives reached out to him , he refused to return home .
She said the ordeal affected her health and she even contemplated suicide but her son stopped her .

Pastor Edeko , who wept in the video, said she never slept with Apostle Suleman, adding that she did not even have easy access to him .

She said , “ There are recordings which I will upload . You told my brothers that I would crawl in the gutters . I told them not to do anything to you, that you are still the father of my kids . At some point , I contemplated suicide . I had written my suicide note , I had bought sniper because I could not fathom how I would live life in so much pain. I won ’ t drag you because of my children … you have done too much and it is enough. I am not hypnotised . I am not under a spell. ”

She said she did not abandon her marriage. Rather , it was her husband who abandoned the family and even demanded a refund of her bride price from her family .

She said , “ I don ’ t know what you hope to achieve , I don ’ t know who paid you but the only thing I will say is haven ’ t you done enough? Are you not tired of flogging someone’ s daughter in pain?

“ I remember I begged you and then I got to the office and I collapsed , according to what my principal said because I found myself in the hospital . ”

She said that no one was preventing Pastor Davids from seeing his children , adding that he lived in the same city with them but had refused to visit .

Attempts to reach Apostle Suleman proved abortive as his telephone line indicated that it was switched off . A text message was not responded to .

However , Resident Pastor , Omega Fire ministry, Headquarters , Joseph Iyare , who responded on behalf of Apostle Suleman in a terse text message , said Pastor Davids is “ frustrated by his own evil deeds ”. 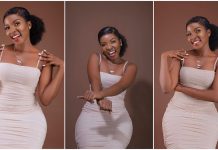 “Omo to rewa nie, Will it be bad if one wakes up to this smile by his side?” – Nigerian Guys react to picture... 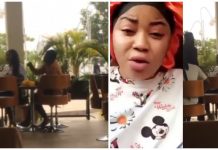 “Don’t Add to my Depression” – Woman whose fiancé snatched the wig, engagement ring and slippers he gave her after he found her with... 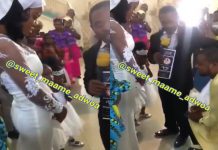 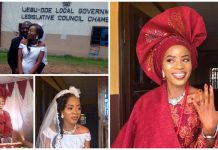 “Finally God showed me mercy, is not easy doing everything on my own, my daughter is 6years, am now Mrs Ajala” – Nigerian single... 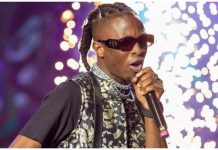 “The shoe fit size Goliath; When people say put yourself in my shoes” – Nigerians react to the shoe Laycon wore to #14thHeadies Award... 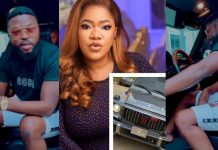