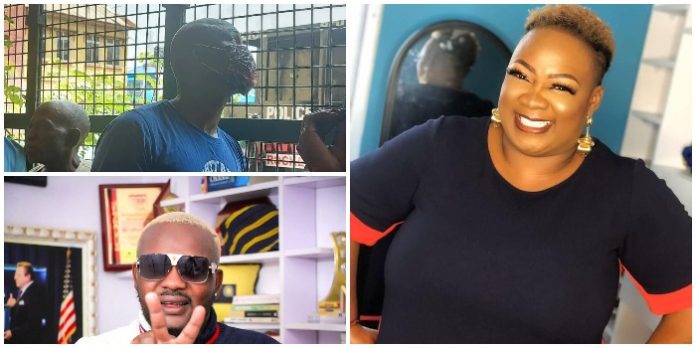 Princess in April 2021 accused the Nollywood actor of sexually molesting her 14-year-old foster daughter, since she was 7. To back up her claims princess shared CCTV footage which showed the moment Baba Ijesha inappropriately touched the minor.

The aggrieved mother has now taken to her Instagram page to share more evidence against the actor. Princess shared an alleged chat with a lady identified as, Makinwa Elizabeth who claims to be Baba Ijesha’s secretary. 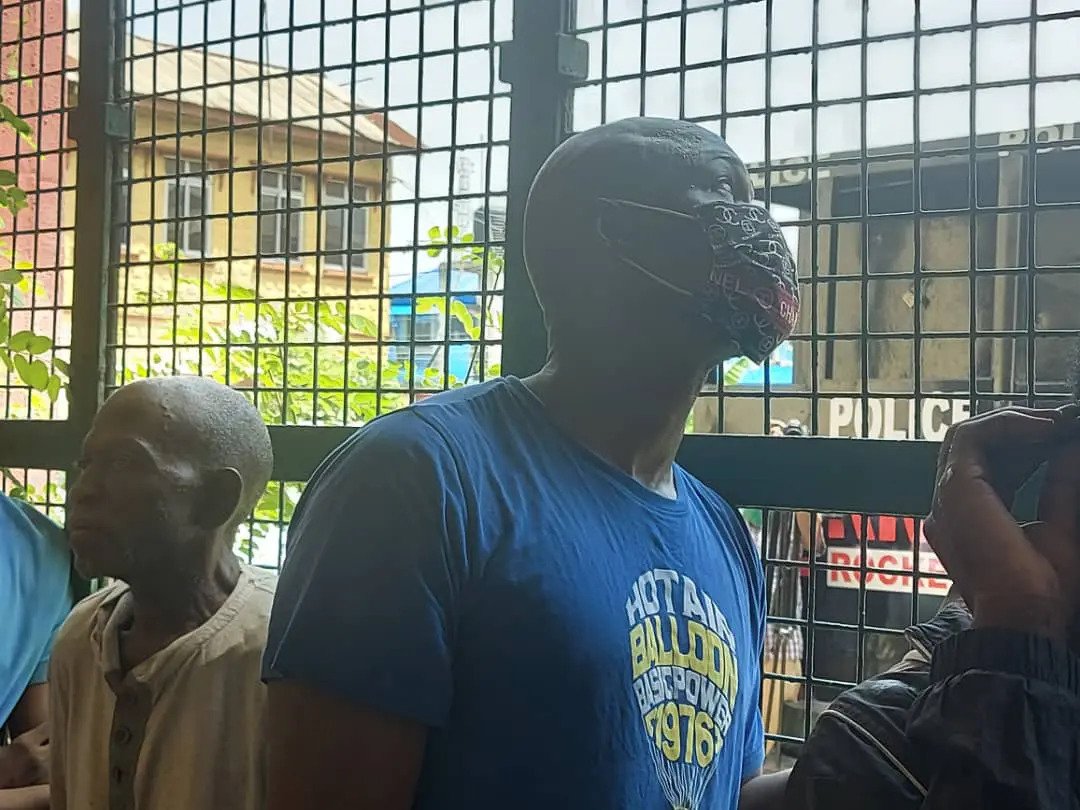 According to Elizabeth, her boss (Baba Ijesha) had earlier instructed them to peddle rumours that he and Princess are in an amorous relationship to counter her accusation. 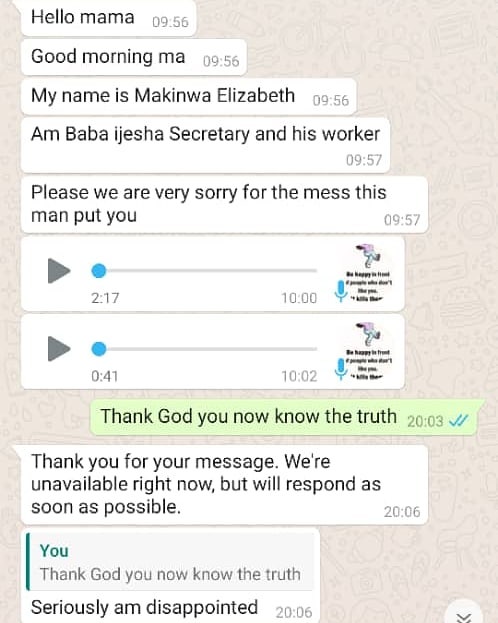 Elizabeth who shared a WhatsApp voice note that was allegedly sent to the group by Baba Ijesha, giving the instructions to them to publicize false stories about Princess, alleged that Baba Ijesha also molested her young sibling and several others who have opened up to her.

“Forgive & forget is what got us to where we are today. People keep committing crimes & dehumanizing others but they are the ones who turn round to claim they are victims. His victims are numerous and spans over 20years for God’s sake!!! Yoruba ronú, we need to STOP covering EVIL if we want to move forward. Trying to smear my name & bully me at all cost shows you are a RAPE Apologists. Baba Ijesha has a case with Lagos State, go and face the government and leave me alone.

“The fact that you love someone’s acting does not mean he should get away with EVIL. For those of you who knew and kept mute I will not tag you yet because I have home training (agbalagba niyin) You hide under religion and say let God judge 😳we have a duty to provide for & PROTECT our children #Godcannotbemocked Stop supporting PURE evil”.

Giving update on the case via his Instagram page, Yomi stated that the police has no evidence against Baba Ijesha to prove that he defiled the young girl, although an individual wants defilement included into the charges against the actor.

According to Yomi, the victim also insists that Baba Ijesha never had canal knowledge of her.

“That is the true position and update. Someone want DEFILEMENT included into the charges against Baba Ijesha by force by fire despite the fact the SET UP failed to go beyond sexual assault.

Baba Ijesha never applied any force that may exhibit any intention to rape. Yet they want a past seven years purported event based on oral evidence with no single authentic proof added to the charges which will enable a HIGH COURT have jurisdiction to work on the case. Bail is not guilty or innocent verdict.

I am convinced some people outside those we know are the ones behind the case, they and their agents have problem with bail.

By his grace, amicable solution will be found. I will stand by fair trail, human rights, justice and rule of law to the end. No backing down. E ma fhor. STAND BY WHAT IS RIGHT.”

Speaking further the actor also called for the prosecution of the adults who used the young girl as bait to catch Baba Ijesha on camera, he averred that the adults put the minor in a lot of risk.

Watch him speak below,