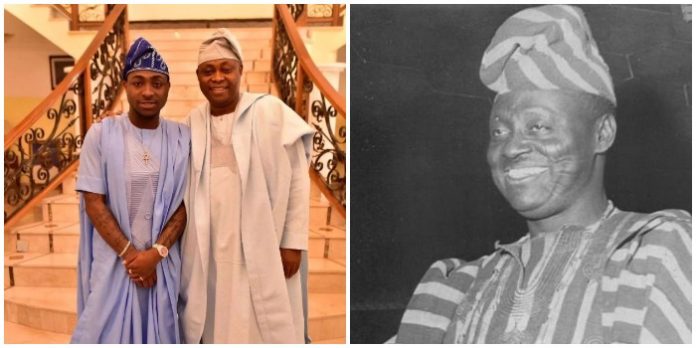 We have chanced upon some details about the grandfather of the popular Nigerian musician, David Adeleke who is known as Davido.

This insight was shared on social media by an Instagram blog known as Yoruba Blog. According to the post made by the blog, Davido’s grandfather was known as Chief Raji Ayoola Adeleke.

Per what we gathered, he was a second republic senator and labour activist from Ede who represented Osun Senatorial District 11.

“@davido ‘s grandfather, Chief Raji Ayoola Adeleke was a second republic senator and labour activist from Ede who represented Osun Senatorial District 11 which comprises six Local Governments — Ede, Oshogbo, Irepodun, Ifelodun, Odo Otin, Ila Orangun. Born into a lustrous family, his mother, Madam Adeboyin of OniIegogoro’s compound was one of most outstanding Iyalode (Head of market women) Ede ever produced. She was said to be vibrant and effervescent

Adeleke was born in his hometown of Ede on December 27, 1923. He was educated at St Peter’s Primary School, Ede, (1935-1938), Ibadan Grammar School, (1939-1943) and then earned a registered nurse certificate from the medical department nursing school in 1947. He was an early member of the pioneer union of Nigerian nurses in 1948.

In his lifetime he was the vice-president and director of Organization, United Labour Congress of Nigeria, Federal Labour Advisory Council, and Chairman, Nigerian Red Cross, Ede Branch.

In 1976, he was conferred with the title of Balogun of Ede. He was married twice, his second wife, Mrs Nnena Esther Adeleke was from Enugu, he had five children including Senator Isiaka Adetunji Alani Adeleke ( was first civilian governor of Osun between 1992 – 1993), Ademola Adeleke ( represented Osun west Senatorial district), Dr. Adedeji Adeleke (@davido ‘s father and Pro-Chancellor, Adeleke University). #yorubablog” 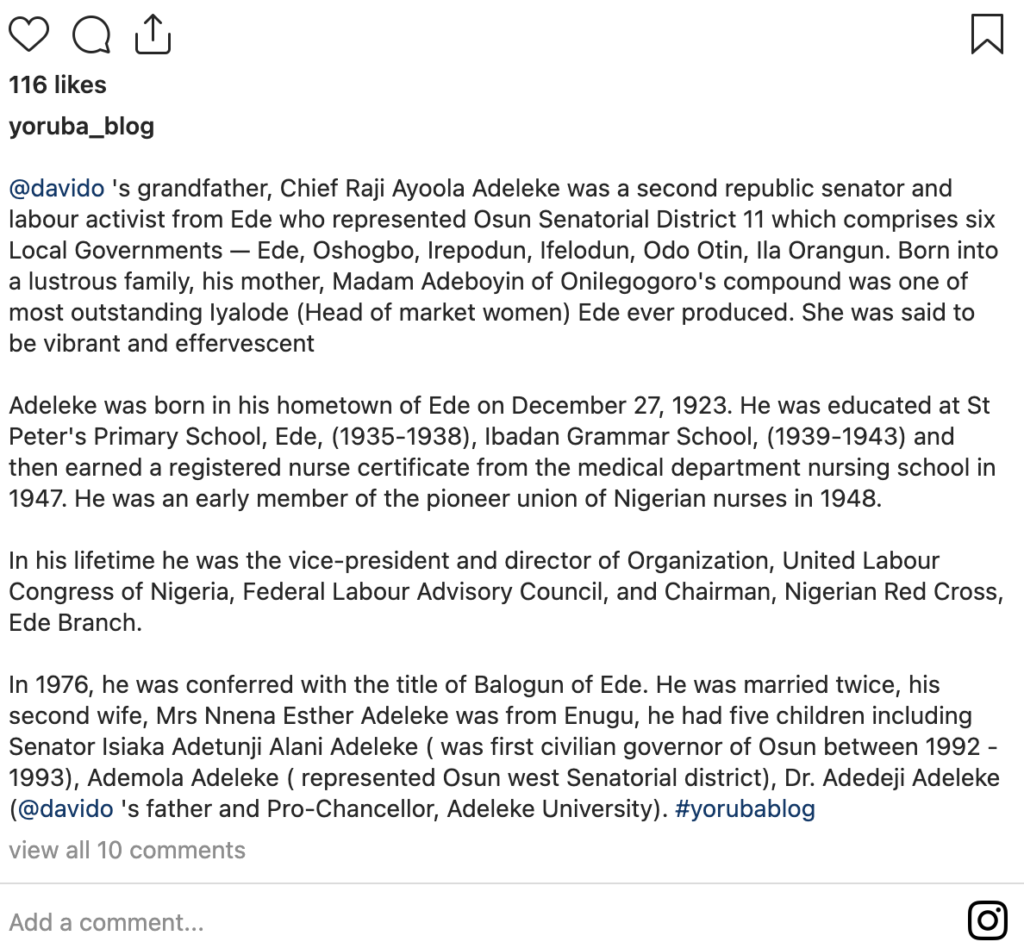