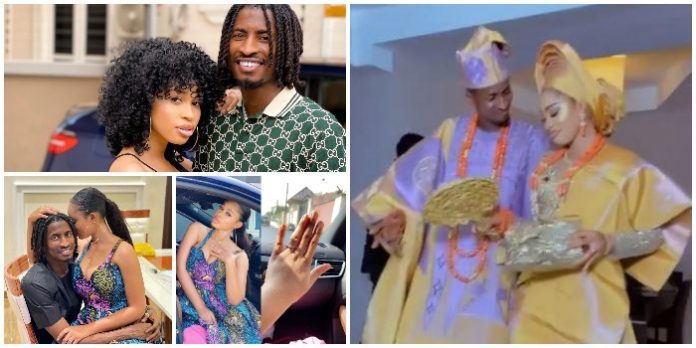 Nollywood actress and model, Yetunde Barnabas has tied the knot with her footballer boyfriend, Peter Olayinka.

The 25-year-old Nigerian professional footballer who plays as a forward for Slavia Prague in the Fortuna Liga, proposed to the former beauty queen in December 2020. 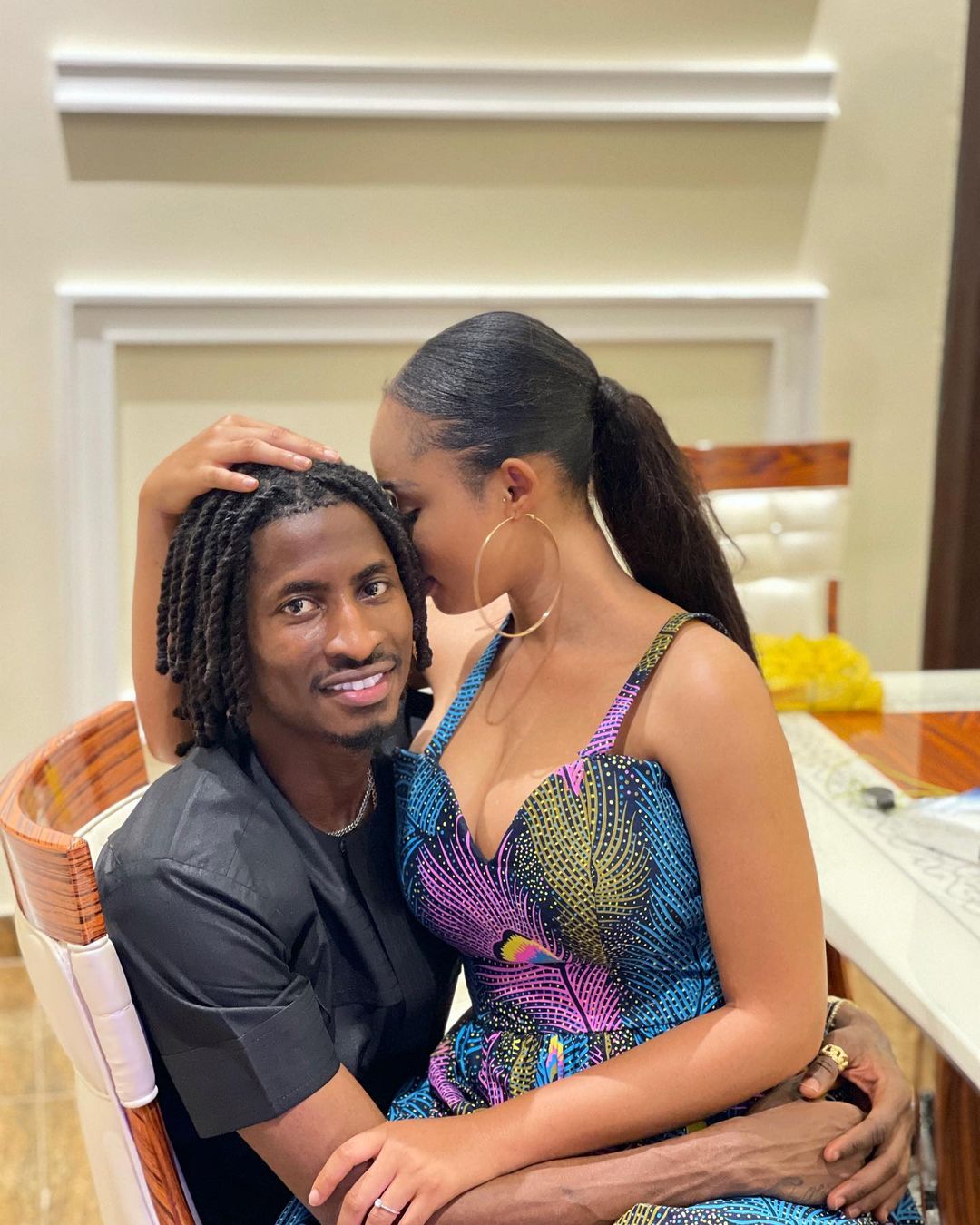 An excited Yetunde took to her Instagram page to share a photo of her engagement ring and captioned it, 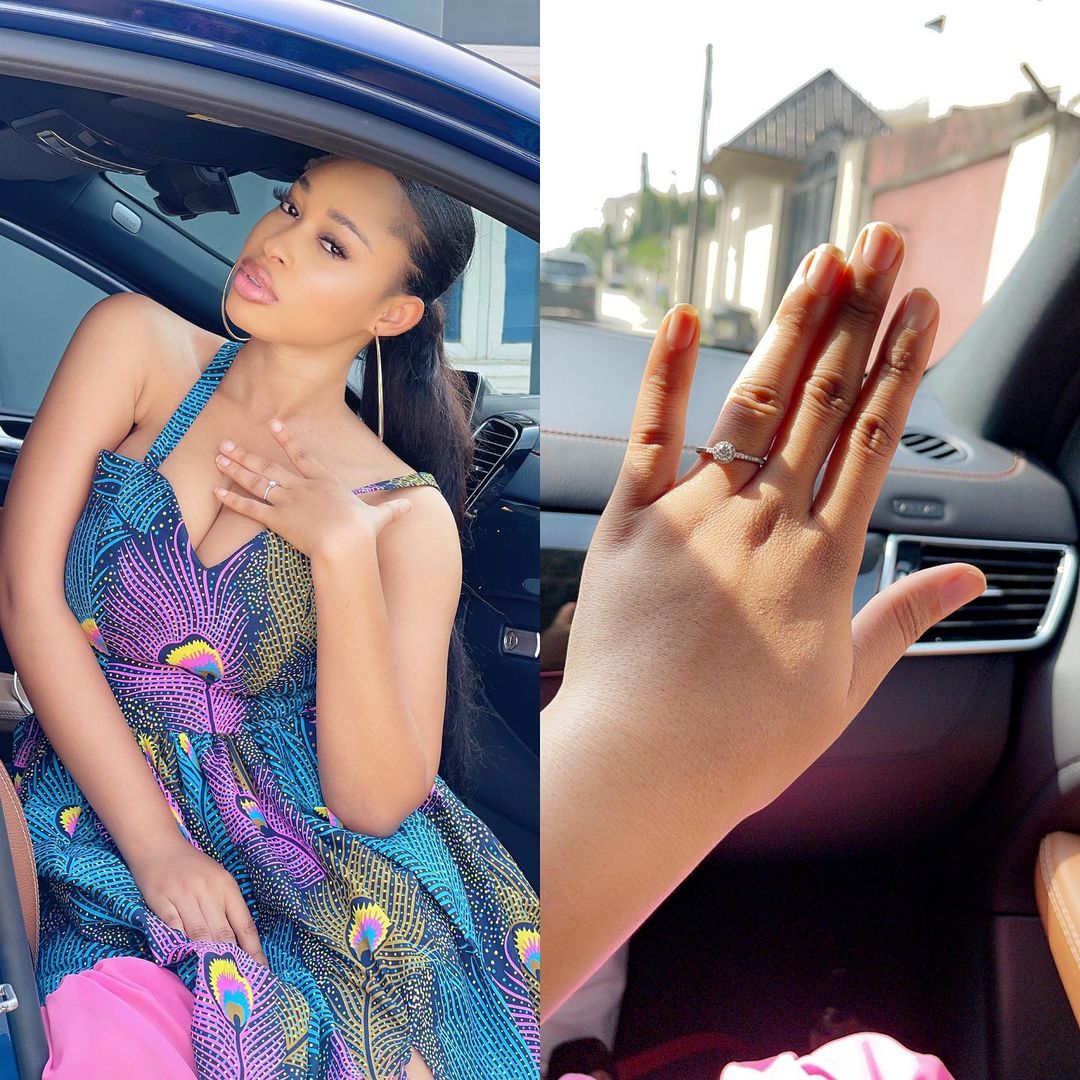 Well, few months after the romantic proposal, the lovebirds have tied the knot and are now officially husband and wife.

The new bride has taken to social media to share an adorable video from their traditional wedding and as expected, congratulatory messages have started trooping in. 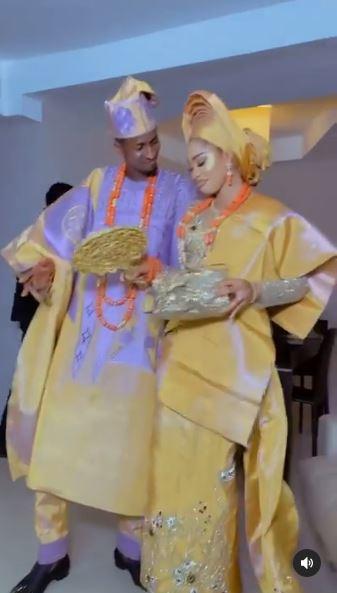 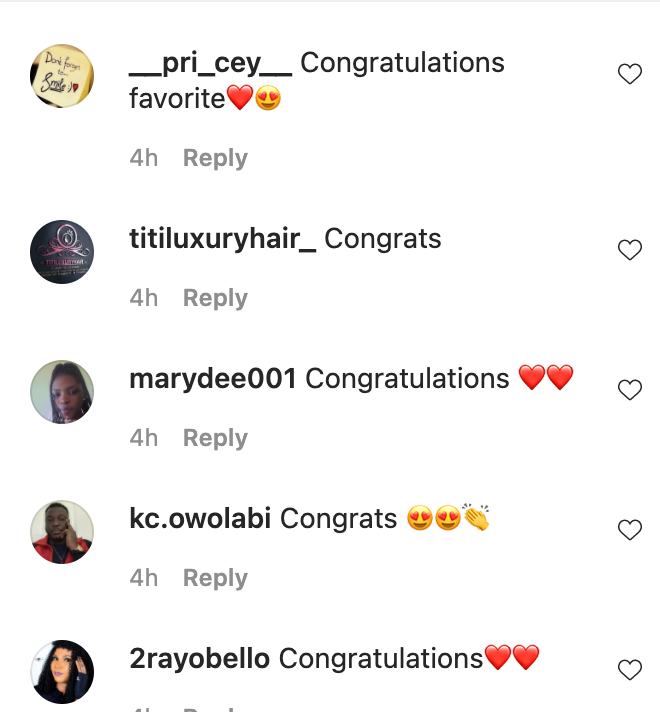 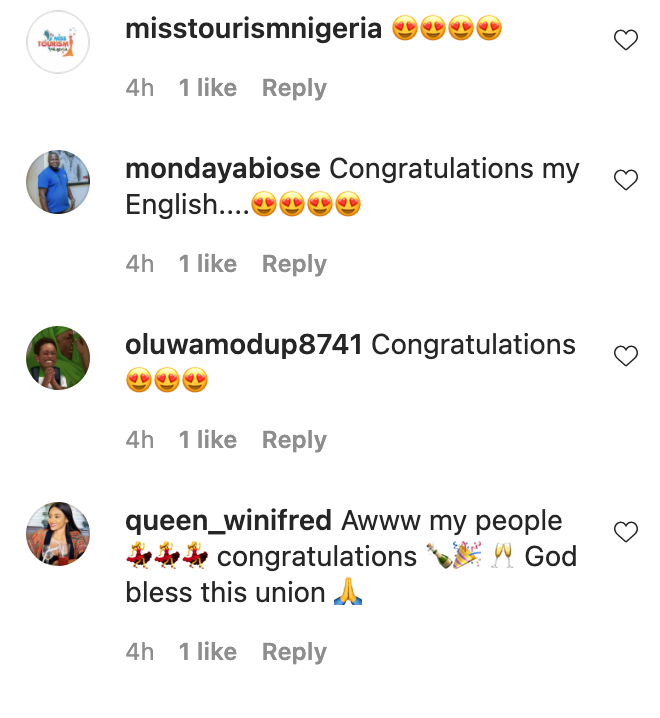 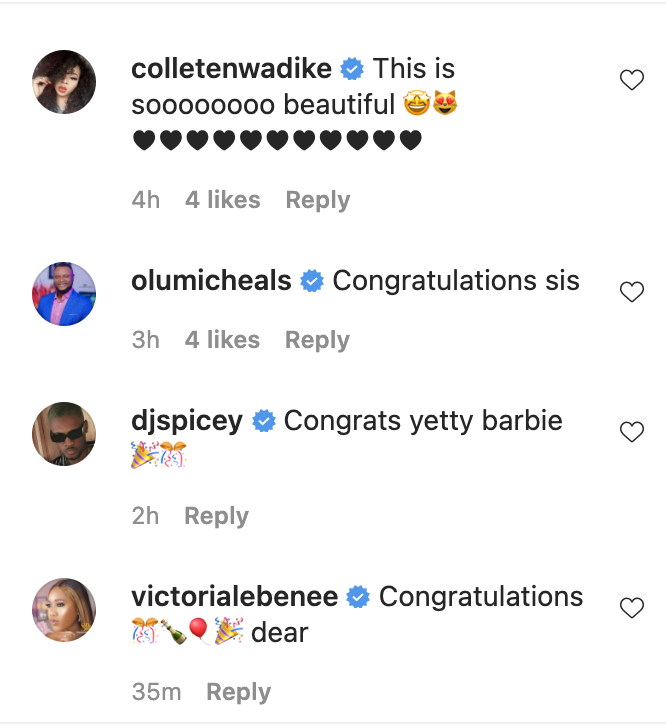 Earlier this year, The actress, who is popularly known as Miss Pepeye in a drama-comedy series Papa Ajasco, was spotted with Nigerian footballer, Peter Olayinka, who plays as a striker for Slavia Prague in the Czech Republic.

Describing the handsome footballer as everything she wants and more, the actress noted that they are besties for life.

In the photos, Miss Pepeye was donned in a short black dress while Olayinka was spotted in a Gucci t-shirt and jeans. The couple held on to each other as they smiled at the camera.