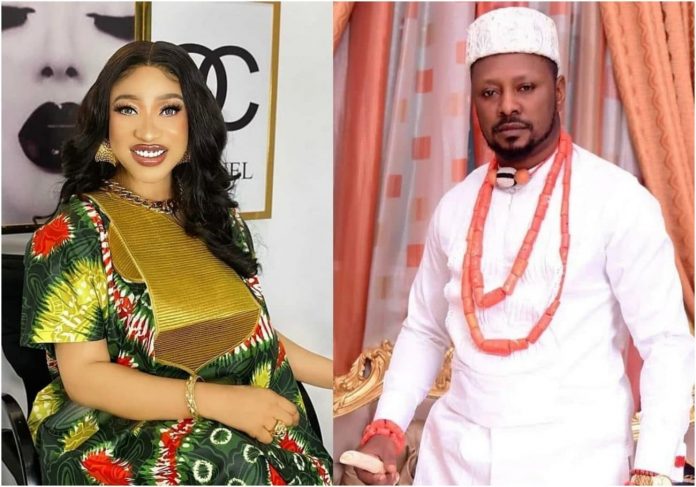 Delta State politician Prince Kpopogri and the boyfriend of Nollywood actress Tonto Dikeh has reacted to speculations on their relationship crash.

Prince Kpokpogri has been on the news lately for allegedly cheating on the actress and complaining about the actress’s repentant behaviour in a voice note.

However, Kpokpogri and Tonto Dikeh have remained silent on the issue even after earlier promised to address the issue, making the rounds on social media.

A curious social media user had messaged Kpokpogri soliciting with him over the crash of his relationship with Tonto Dikeh and advised him to be careful when discussing with people via phone.

The social media user who disclosed to have heard the news from a close friend of Prince Kpokpogri added that Tonto’s boyfriend might need to guard his mouth as a politician.

Responding to the social media user, Tonto Dikeh’s new man said he’s aware of what happened but do not want to talk about it, adding that all speculations about his relationship crash are lies. 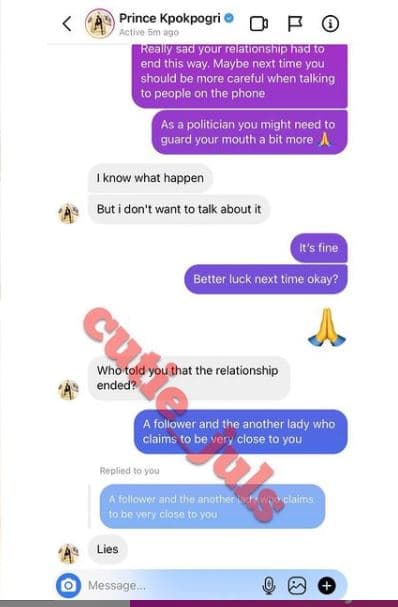 An update by a popular controversial blog that’s solely aimed at generating controversial gossips, recently placed Jane Mena’s photo alongside another photo of Prince with a suggestive caption… while there wasn’t a main statement as to what linked both people together, netizens in the comment section speculated either a prior affair before or after Prince met Tonto.

Mena has however taken to her social media page to share that she isn’t bothered about clearing the air whenever she hears rumours about herself.

The popular IG socialite known for her twerk videos added that she would rather turn the publicity to a business opportunity.

“…I turn every situation into making money o. I can’t dull. AKA shock absorber indeed. I be think say Dem wan remind me the man wey burst my virginity before as I don lie give my husband say I be virgin.

Piece of advice. The minute you see yourself on a blog, whether good or bad, lock everything lockable on your main page and open your business page.

As wahala come jam you for where u dey, turn am to business opportunity o. No be every time person dey get free advert like this…” 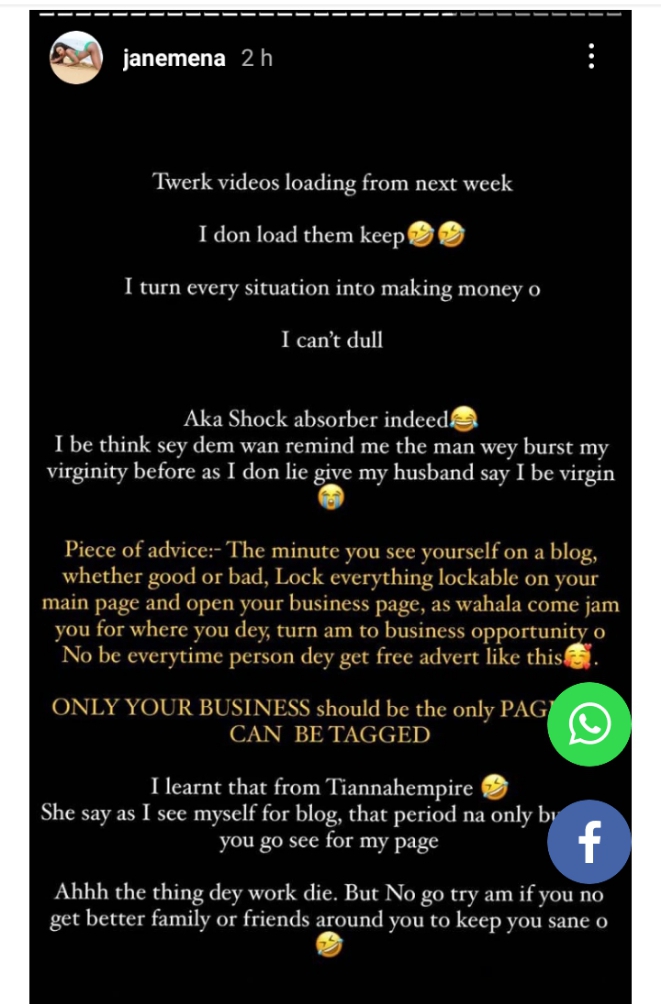