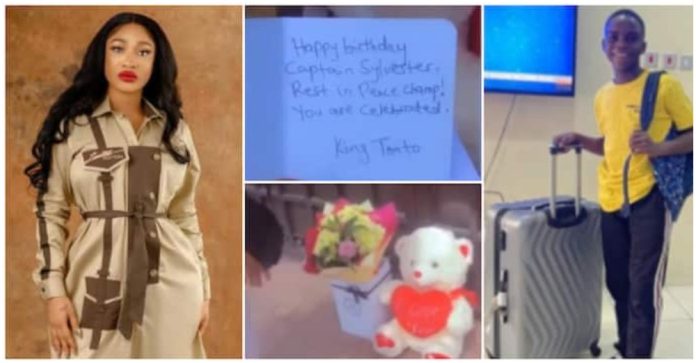 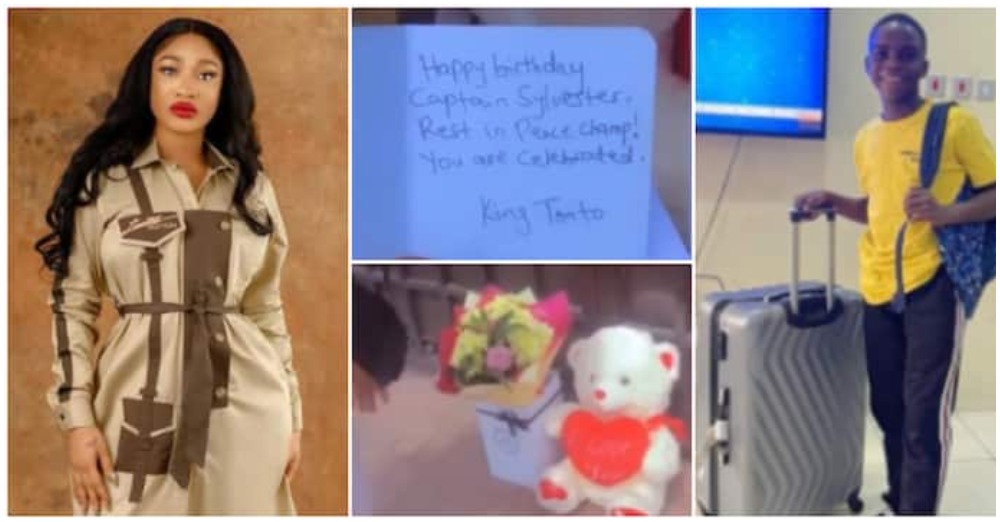 Sylvester was reportedly a victim of bullying at the hands of seniors at his school and he died just a few days to his birthday as a result of the torture meted out on him.

The young boy would have clocked 12 on December 4, 2021, and Tonto Dikeh decided to honour his memory in a very emotional way.

The actress had a bouquet of flowers and a teddy bear taken to Dowen College school gate on the late Sylvester’s birthday.

The gifts were also accompanied with a personal note from Tonto. The actress referred to the late Sylvester as a Captain after his aggrieved father revealed that he had wanted to be a pilot in future.

See the heart-melting video below:

Tonto’s kind gesture in the memory of late Sylvester moved a lot of people to tears on social media. Read some of their comments below:

Kelz_tbq: “I can’t even hold my tearsI wish he survived this.. I pray he can see everyone who supports and cares for him.. I pray he is in heaven having a blast today.. rest well young king.”

Nux_cutie: “I’m so angry don’t even know who to hold responsible…. I’m Mad.”

Emjaydiva: “I can’t hold my tears this is painful .”

Omolasho14: “This got me tearyMay God rest your soul in eternal peace.” 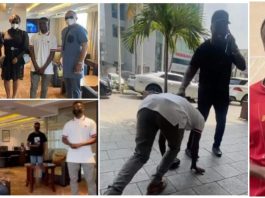 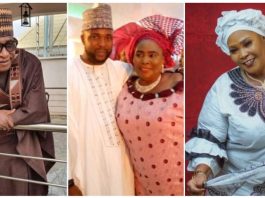 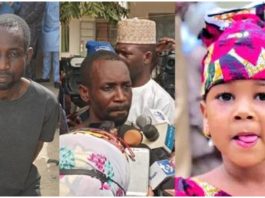 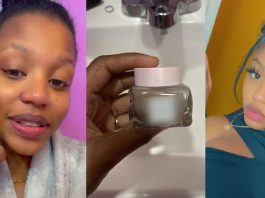 “It works, see the glow” – Lady declares after rubbing friend’s... 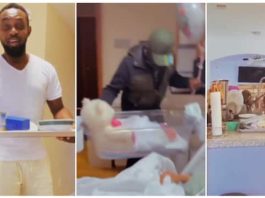 Na Me dey do everything, I’ve Changed Diapers, and Carried Baby... 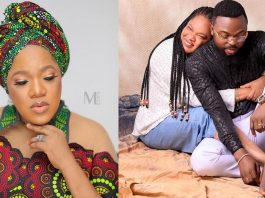