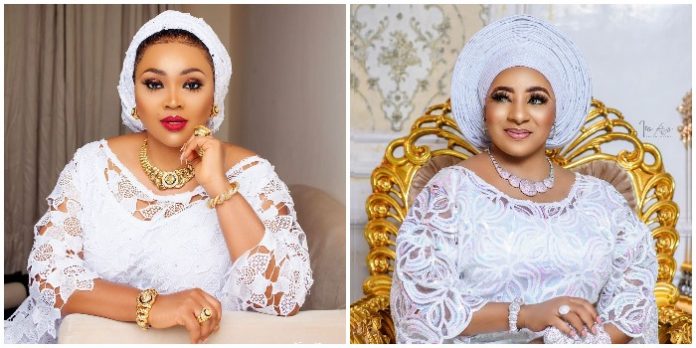 Mercy Aigbe took to her instagram page to show off the surprise gift she received from her new man on a movie set on April 20th.

In a post shared on her Instagram page, the Mercy Aigbe revealed her new man sent her flowers with a beautiful note expressing his love for her and appreciating her hard work.

Sharing the picture she wrote:

So D Owner’ sent me flowers on set with a note that says ‘ Welldone babe, I love you forever ?’
It’s the little things! Agbeke Aya ‘D Owner ‘ ❤️❤️❤️. 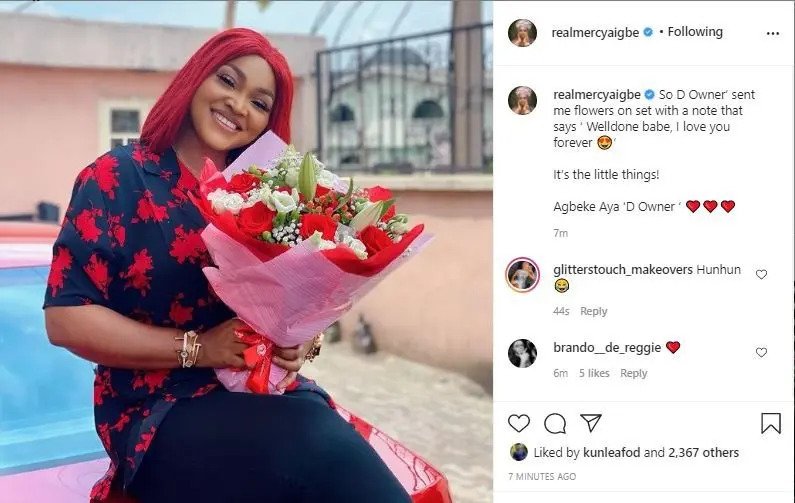 Some of her fans and colleagues reacted to the picture appreciating Mercy Aigbe’s new man. See some comments below:

lolamagret wrote: So thoughtful of him

Reacting to picture and its caption, Mercy whose favourite phrase to describe her self is ‘Agbeke Aya d’ Owner’ replies; “Aya Did owner bawo” 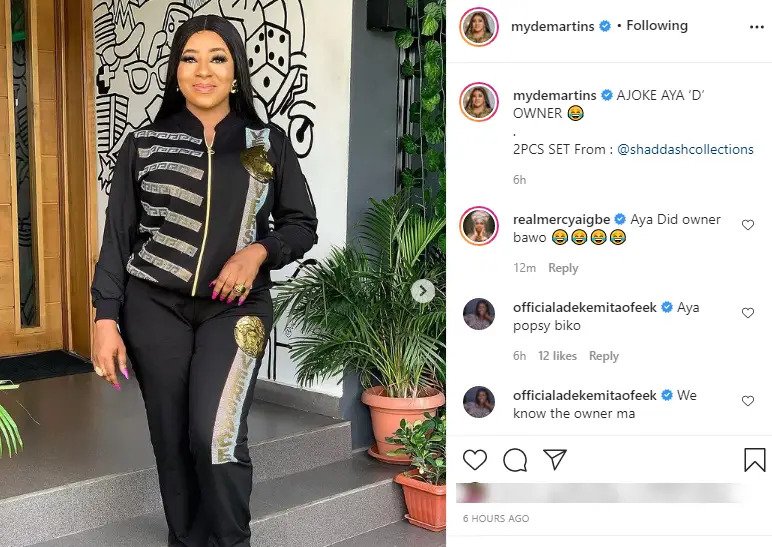 See how some of Mide’s fans also reacted to the ‘Controversial’ caption;