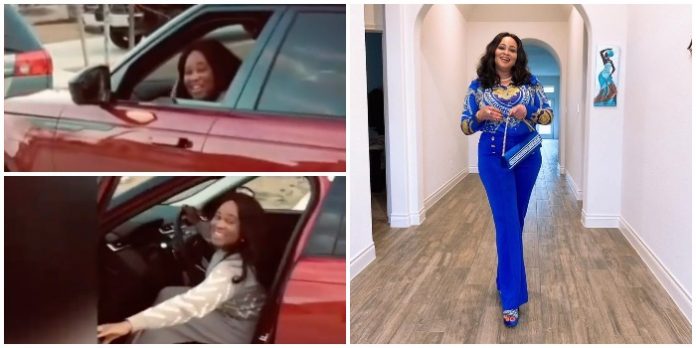 The video of the moment the veteran film star walked to the luxury whip to get inside the driver’s seat has been shared on Instagram by her fellow US-based actress, Mistura Asunramu.

Her son, singer Ojayy Wright was behind the camera and could be heard saying congratulations to the Abeokuta-born actress who turns 54 today.

Wright herself was camera-shy and asked him if he was recording the video on Instagram, to which he replied in the affirmative.

According to Toyin in her birthday message to her senior colleague, Bukky Wright led her right and she loves her.

Sharing the photo of the ageless actress, the mother of one wrote; “Happy birthday maami @bukkywright God bless your new age ma’am and thanks for leading me right… love you maami” 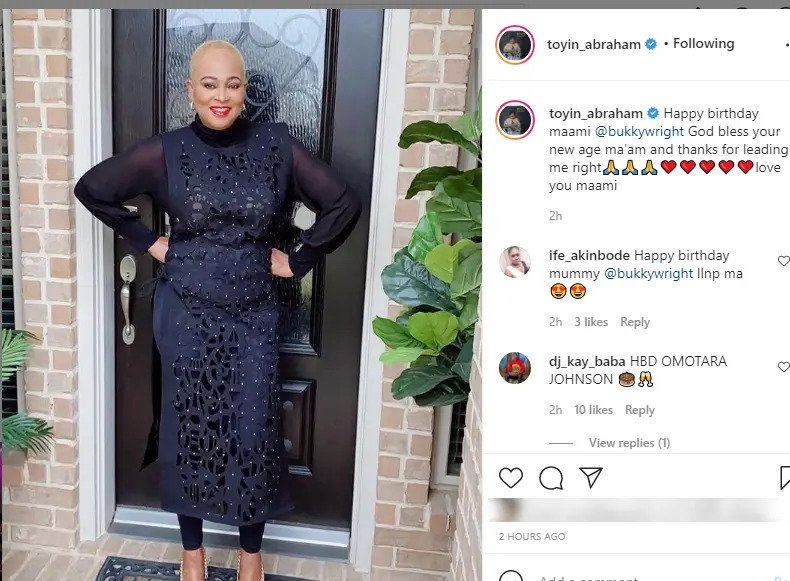