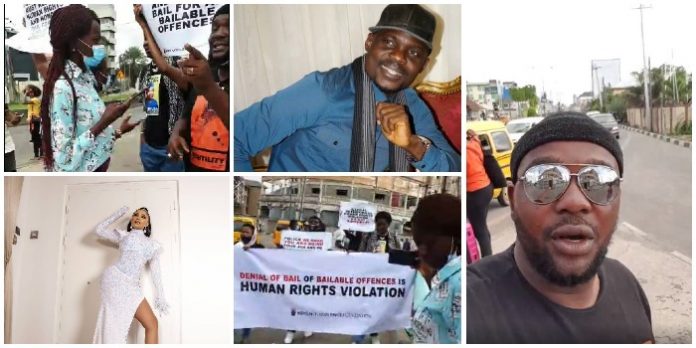 Nollywood actor, Yomi Fabiyi has finally staged the much-publicized protest to demand the release of his embattled colleague, Baba Ijesha, who was arrested for allegedly defiling a minor. 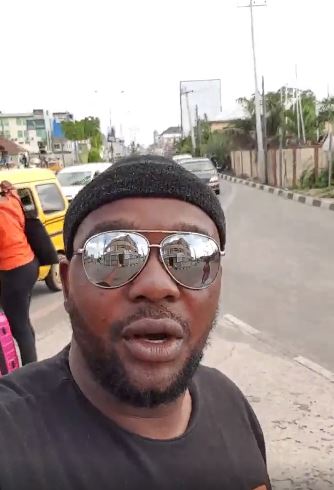 The actor, who has shown support to Baba Ijesha since the alleged rape saga began, had appealed to the police to release his colleague on bail, but all efforts proved abortive.

Following his appeal, he threatened to lead a protest against the continuous detention of Baba Ijesha without trial, which he claims is a violation of his human rights. 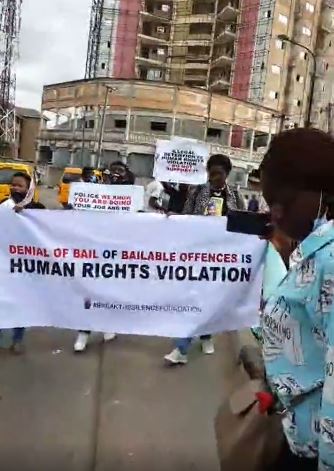 “PEACEFUL PROTEST on Human Rights, Illegal Detention by Police coming up on Wednesday if the Police refuse to do the right thing and grant BABA IJESHA administrative bail which is his fundamental rights.

“Any progressive state and society MUST respect the RIGHTS of others as enshrined under the law.

“If you refuse to be concerned now, remember it could be you. FORCEFUL ARREST, ILLEGAL IMPRISONMENT is a major tool of OPPRESSION and POLICE BRUTALITY. We must protest against this vehemently.

Subsequent to his threats, Yomi Fabiyi has taken to the streets of Lagos to lead the planned protest, alongside other concerned individuals on Wednesday, May 12.

Meanwhile, Popular Nollywood actress, Iyabo Ojo has said that she is not backing down from Baba Ijesha’s alleged child molestation case.

Taking to her Instagram page to speak in a live video, the movie star and entrepreneur states that the root of the problem in Nigeria is selfishness.

Explaining further, the mother of two says that many Nigerians only care about themselves and their immediate family members, which is why they have been bashing her for taking a side with comedian and actress Princess.

Iyabo said that they cannot understand why she is actively seeking justice for the molested child because Nigerians are selfish and don’t know how to care for people who are not related to them.

The actress and filmmaker, however, noted that all the threats and curses she has received because of her active involvement in Baba Ijesha’s case will not make her back down and get justice for the affected girl.

@domingo_loso; She made a lot of point. This is how we arr wired in Nigeria. That mentality of “Ah wettin concern me, no be my own, no be my sister, no be my pikin, no be my mama”

@spotlightmediatech: Her point is reflecting in d comment section… we are our own problem…. d way these men keep justifying baba Ijesha and talking down iyabo then the girl child isn’t safe….

@realt4u: At this point I’m more concerned about the THOUSANDS OF OTHER VICTIMS without a voice fighting for them out there.

If getting justice for ONE victim take all these energy and effort, imagine what the rest of the victims out there are facing😢