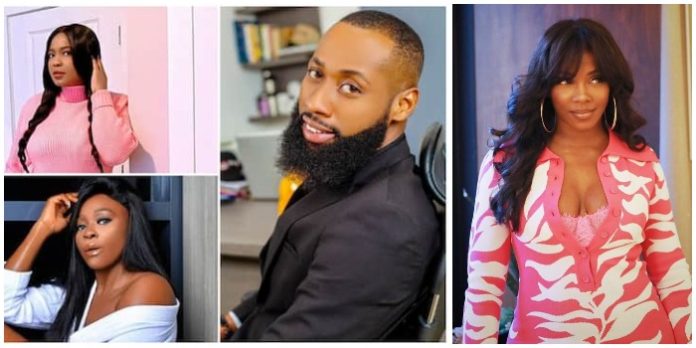 Singer Tiwa Savage has been the subject of conversation since her intimacy tape leaked on social media on Tuesday, October 19. Following the incident, several celebrities took to their individual pages to show support for the mother of one.

Others, however, do not agree with those showing support for the singer as they condemned her action, adding that she should bear the consequences.

Maduagwu wanted to know why Tiwa’s boyfriend who was supposedly the man she slept with in the video did not come out to show her support since the video leaked.

At 41, how can you sleep with random guy without protection? Uche Maduagwu asks Tiwa after watching her tape He also lambasted her, stating that she did not use protection while sleeping with a random person.

Actress Sonia Ogiri slammed the people who criticised her for speaking against Tiwa’s video. According to her, Tiwa should have been careful and smart.

The veteran actress told celebrities acting unbothered to be careful because of old age.

Actress Chioma slammed those who showed support for Tiwa, stating that they were hypocrites. According to her, if it were a regular person or an upcoming celebrity, they would have been indifferent.

Tochi slammed those showing support for Tiwa Savage, asking if they would post a photo or describe their younger sisters as a queen if she was in Tiwa’s shoes.

Georgina made a video telling women to be careful of who they get intimate with. She urged women not to trade bedroom intimacy for online gratification.

Adeyanju believes that Tiwa should bear the consequences of her actions. According to him, there is no reason why anyone should stand by her.