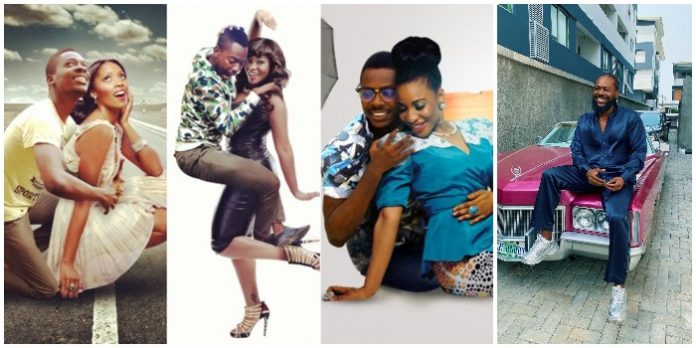 “I’m not a player I just crush a lot.” This song perfectly embodies everything that Adekunle Gold was up until he got married to Simi.

The singer and professional photoshopper spent a huge amount of his time on the internet confessing his love to some popular female celebrities. He even went so far at some points to create photoshopped images where he put himself in the arms of his online lovers. ?

We’ve loved seeing and following Adekunle Gold’s crushing life on his Twitter, and although he has crushed on many many MANY people, I thought, why not just pick 7 to share with you today.

So, without further ado, here are 7 Beautiful women Adekunle Gold Liked Before Simi.

Adekunle Gold loved Tonto Dikeh. Don’t take my word for it, take his.

Wo! Me I love tonto dikeh o!

In fact, he loved her so much that he took time out of his day to photoshop a picture of he and Tonto sitting together intimately staring in the same location. If wishes were horses Kunle ? 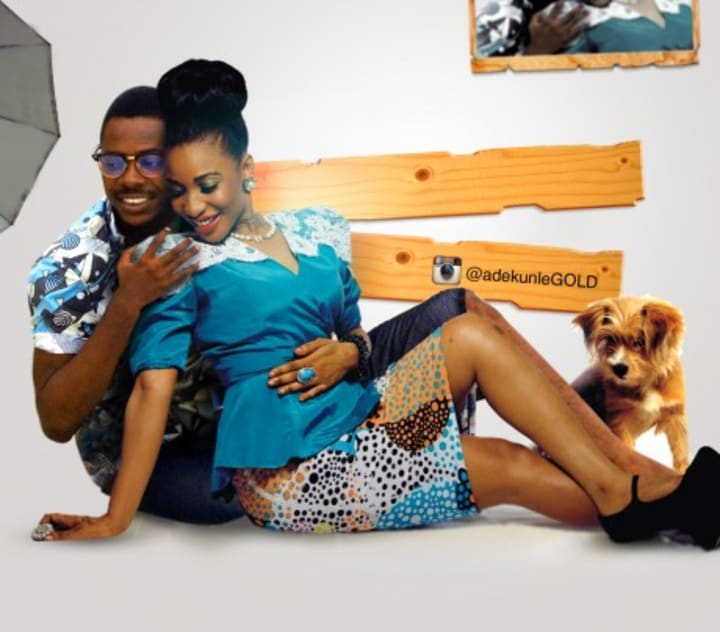 Another person that was a victim of one of Adekunle Gold’s photoshop fantasies was OAP Toolz. Unlike the other women on this list, he didn’t seem to really go crazy over her all over social media. But the fact that he took the time out to photoshop himself into her arms, that’s real love! ? 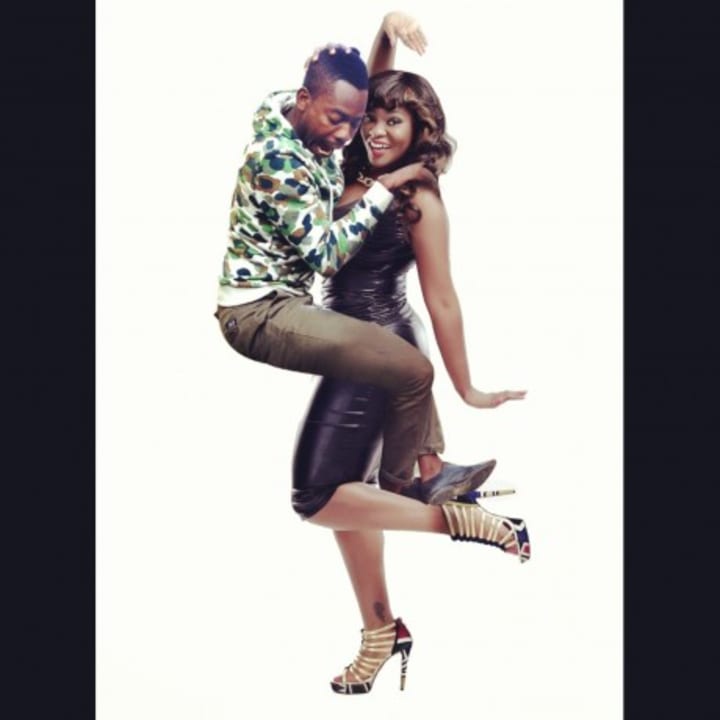 Tokunbo Idowu popularly known as T-Boss was one of the most outstanding and most talked about personalities to appear on the 2017 edition of the Big Brother Naija show.

It seems as though while all of Nigeria’s eyes were on the Big Brother contest as a whole, a certain man named Adekunle Gold had his eyes on only one person, and that person was T-Boss. I mean, this boy couldn’t stop professing his love for her.

this Tboss babe is foinee

T boss better accept my request 😒 i love you

T boss better accept my request 😒 i love you

Believe it or not, this is just a fraction of his tweets to T Boss. Boy was OBSESSED with T Boss! And the love extended out of Twitter. Oh yes, on his Instagram, he posted this on his story. 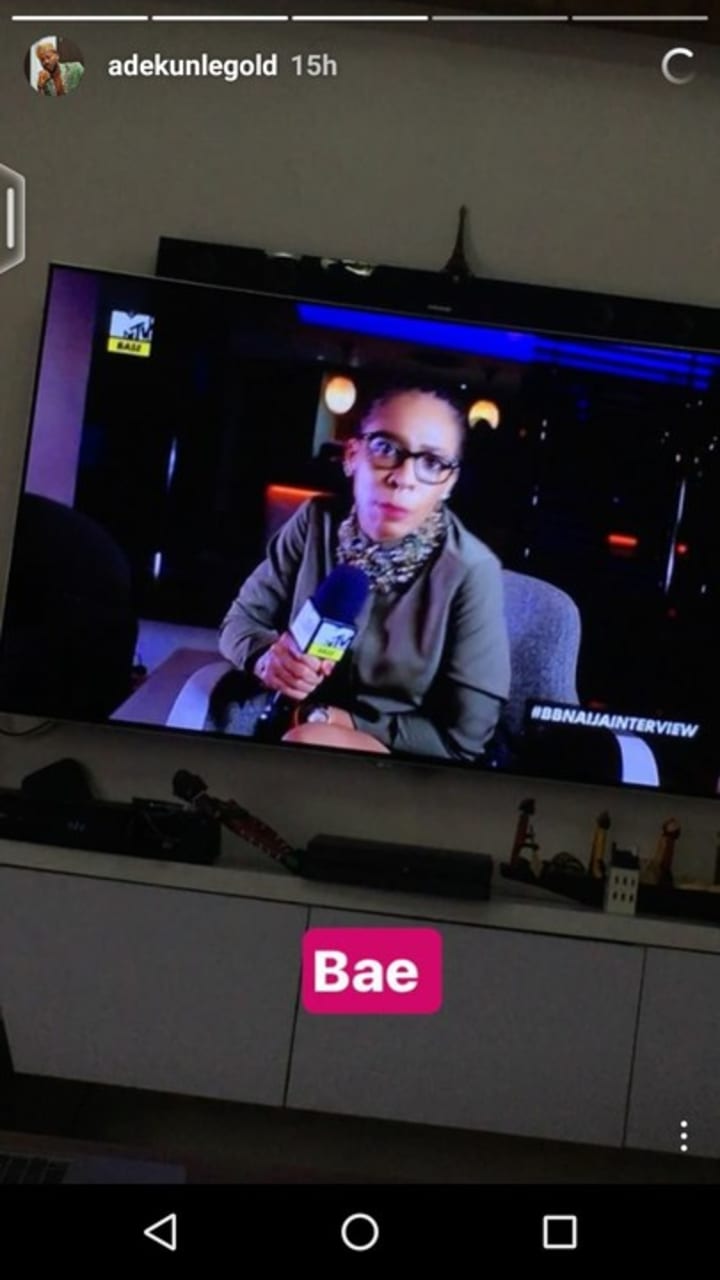 Talk about being crazy in love!

Another person that Adekunle Gold had the hots for that year was Nigerian singer, Waje. He posted all the way back in 2011:

I have a Crush on Waje…*lovestruck* Gosh!

7 years later and can you believe it? Kunle recorded a love song with Waje titled “Why” in 2018.

@OfficialWaje x I made a beautiful song (WHY) guys!!!! I'm here listening to this song over and over again. it's too beautiful. Thank you Waje for putting me on this classic. ❤️
Get her new Album 'Red Velvet' now!!!

Yup! Just like most Nigerians, Adekunle Gold too was dying for Adesua Etomi when she burst unto the scene. But that’s not when the legs developed. I think when Adesua took to Twitter to compliment one of Adekunle’s videos, that’s when his love started to grow. ?

To which Kunle replied:

Simple enough. Then, Adesua responded again and she said:

And she didn’t know it then, but that was when the nuts came flying off in Kunle’s head. ? He responded:

@AdesuaEtomi thanks a lot adesua, i'm a big fan of yours too. your acting is superb! <3

And after that, it took OFF!

1. HOW MANY RETWEETS TO GET OUT OF THIS FRIEND ZONE @AdesuaEtomi O TI SU MI! HOW MANY 😥 ?

To which Adesua responded:

He pleaded with his followers to help him get the required number of retweets, but sadly that never came to be for Kunle.

Wawu! Karma is a beasssh. @AdesuaEtomi challenged us guys. Epp me get 50k RTs to be her boyfriend. Epp me! 😢😢 pic.twitter.com/nQHSgqvZrr

It started with a simple confession:

I love tiwa savage, this is no famzing, its just reality! #FcukYoOpinion

And then it graduated:

And then he even started praying for her:

And then BOOM! She too was photoshopped into one of his fantasies! 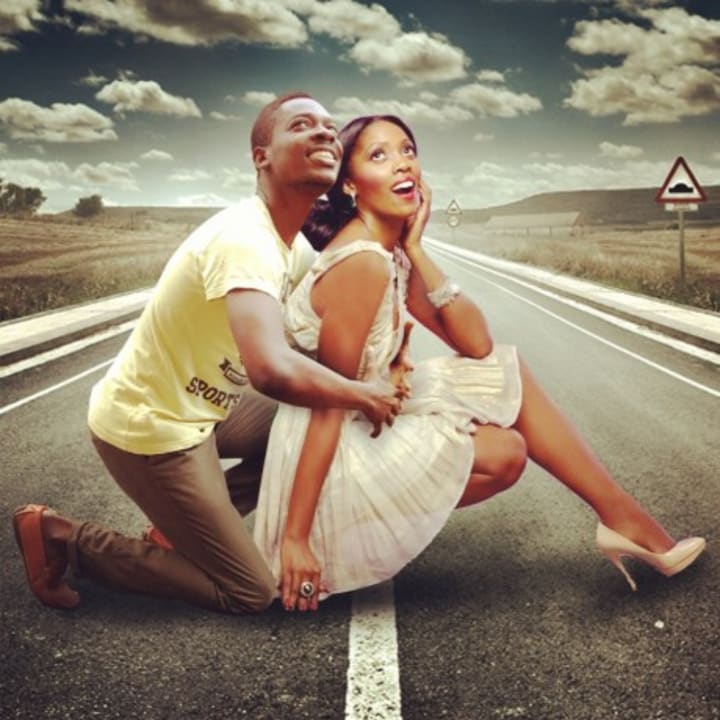 Finally, in 2017, he got to meet her and of course he had to share the experience:

I loved Tiwa Savage before but after meeting her today? I ADORE HER! Such a beautiful person. She's super Amazing.

In an interview with EbonyLife TV, Adekunle said:

My celebrity crush is Mo’Cheddah. I have been crushing on her since 2012. I have always liked her style and I have always thought she was stylish. She is very cute.

Mo’Cheddah, I know you are hooked o but we can still negotiate. I really like you and I’m sure you know that. I’m sure you remember because I told you. Weird enough, I told her I was crushing on her when she was with her boyfriend and he was mad at me…. but trust me na things still dey go down in d DM.

And when you look at his Twitter, oh boy! This boy was in LOVE with Mo Cheddah!

@MoCheddaH one day! Yu'l follow me back and I'd tell it on d mountains n errywhere 🙁

Who in the entertainment industry wld u wann hook up wv (female)… — MoCheddah!!!!! http://t.co/r00iVddb

i have a crush on Mocheddah! 🙁 i've always had a crush on her though, help me tell her na

they can abuse her all i care! i love mocheddah!!!! arghhh!

Talk about an OBSESSION!

Funny enough, after all of this, Mo Cheddah never once replied to Kunle. Can you imagine?!

Take heart brother. At least at the end of the day, he got to end up with a real one and both he and Simi now have a baby together.