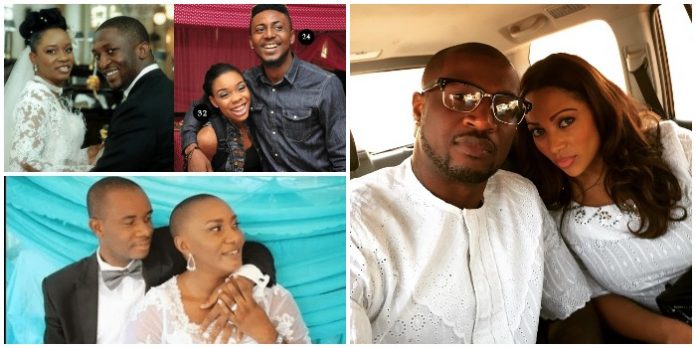 Darey Art Alade and his wife Deola Ayeni have been happily married for over 10 years and are blessed with kids. What many people don’t know though is that Darey’s wife Deola is actually EIGHT years older than the singer.

The singer though when asked about it during an interview said that he is very happy with the age difference and is perfectly happy with his marriage to his wife.

Big Brother Naija contestant Praise Nelson famously made headlines when news broke that his wife is significantly older than he is. On the show, fellow housemate Brighto alleged that Praise’s wife was 60 years old however after leaving the house, Praise, the 28 year old housemate revealed that his wife is not 60 years but 42. There is FOURTEEN year difference between the couple.

He says that the two are perfectly happy together.

Nigerian drummer Joseph Ameh tied the knots with popular Nigerian dancer Kaffy in 2012 and their union has been blessed with kids. What many don’t know though is that Kaffy is actually 8 years older than Joseph.

This has of course not hindered their marriage or affected them and the two are still waxing strong together.

Nigerian singer Soul E popularly referred to as Soul E Baba was once upon a time married to his ex-wife Queen Ure who happened to be ELEVEN years older than Soul E was. When asked about the age gap, they both said that “love conquers all” and that the age was not a problem. 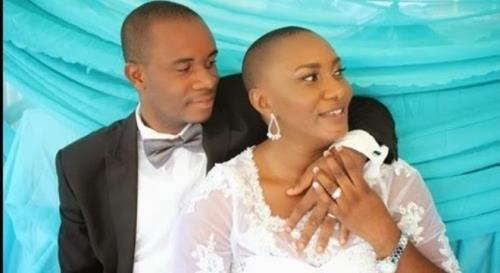 Nigerian actor and teacher Silver Ojieson famously married Nollywood actress Ann Njemanze after her divorce from Segun Arinze. In a later interview, Ann revealed to journalists that she is in fact FIVE years older than her new husband Silver Ojieson but that age is nothing but a matter and the two are very much in love.

Peter Okoye is married to Lola Omotayo who is said to be 6 years older than Peter. Peter and his twin brother Paul were born on the 18th of November 1981.

In an earlier interview years back, Lola addressed the age gap between them thus: “Like I said, Peter is an old soul and he always tells me that I’m like a 23-year-old. Age is just a number. Right now, you can see it around the world. Demi Moore, Usher and some known people. Even in Nigeria here, they are dating people far older than their age. So, we shouldn’t base it on the age factor. He doesn’t make me feel like he’s younger than me.”