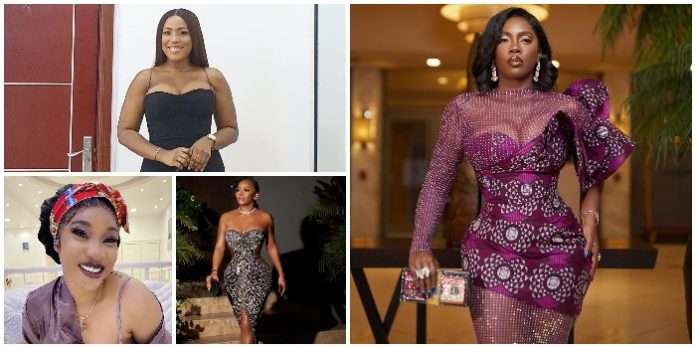 Blackmail – it is one of those things most of us dread. An intimate moment or secret we do not want to get out being hung over our heads in exchange for monetary silencing. It’s a horrible thing for a person to do to another, and no set of people are more targeted for blackmail threats than celebrities.

Right now, our Number 1 African Bad Girl, the queen of Nigerian music, Tiwa Savage, is currently being blackmailed for money over a sex tape she made. But this is not the first time this is happening to a Nigerian woman in entertainment. It’s not the second, third, or even fourth time. And so when I saw the story, I knew I had to compile a list.

Without further ado, here are 5 Times Female Nigerian Celebrities Have Been Blackmailed

Starting with the person who prompted this list, Nigerian musician Tiwa Savage is currently being blackmailed over a sex tape that she made with the man she is currently dating. Tiwa spoke about the ordeal during an appearance on Power 105.1FM. She said:

Yesterday, I was leaving a radio station and I was in my car when my road manager sent me a message. She said I should check my phone. I checked it and there was a video, and I was just like ‘Wow!’ I asked him where he got it from and he said he received it about 20 minutes earlier. The video was sent to him and it is a tape of me and the person I am dating right now. The first thing I did after I got off the phone was that I sent it to my manager and asked what we should do. I decided I was not going to pay the person because if I do, two months from now, three months down the line or even two years later, you are going to come back again. Who knows, if I send the money, the person will probably still release it. I am not going to let anyone blackmail me for doing something natural.

When Linda Ikeji launched her social media platform, Linda Ikeji Social in 2016, it was supposed to be a revolution. Instead, what came was a huge catastrophic mess that eventually crumpled. I wrote about that whole mess before so if you want to check it out, here’s the link.

One of the worst parts of the whole mess came when the site was hacked and Linda was being extorted for money.

The hackers said that if Linda didn’t pay up, they were not only going to not release the Linda Ikeji social website but they were also going to hack her Linda Ikeji blog website. 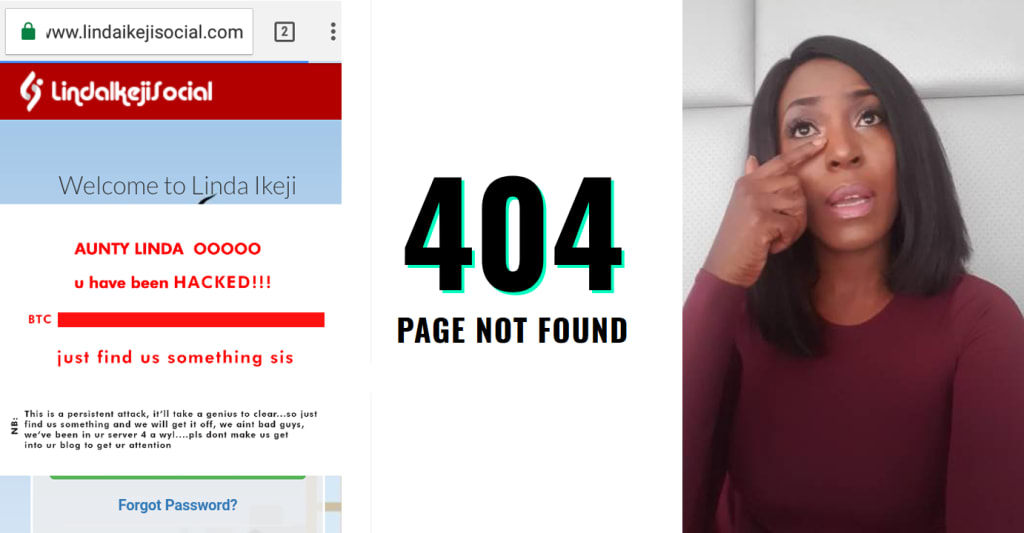 Eventually Linda didn’t pay up and instead just dissolved the entire site after not only this hack but a bunch of other issues I talk about in that article. If you’re interested in reading about the destruction of that site, check out that post.

Nigerian singer Salawa Abeni at almost 60 years old was blackmailed by people over earlier pictures of her suffering a nip slip. She took to Instagram to share the threatening messages as well as the pictures that she was being threatened with.

Together with the post, Salawa wrote in her caption saying:

Good morning my Family, friends and Fans. I have something very important to tell you and I will really appreciate your audience. I am very disappointed that someone somewhere will try to tarnish my image and threaten to destroy my career of over 45 years. This morning, I received messages from somebody threatening to expose very old pictures of me and in the process, blackmailing me for money.

These could’ve been pictures of me in the hospital or even with my partner, but is this what has become of us?? I plead with everybody out there to be very careful as our current situation has made people very desperate. I am almost 60 years old, I have worked very hard and made a name for myself for somebody to believe that they can threaten and trample on my feelings, this is very sad.

So I have decided to share the messages and pictures sent by this person with everyone for you all to see! Thank you and God bless you! For you the blackmailer, I refuse to be bullied by you as I’m sure that I’m old enough to be your MOTHER!!

Last month, Nigerian actress Tonto Dikeh had a very public and very ugly fall out with her boyfriend at the time Prince Kpokpogri. After the relationship ended, Tonto Dikeh publicly called him out to come and answer for the many allegations she’s making against him, one of them being blackmail. She said in one part of her message:

Respectfully, all we are asking is come answer to the law for your illegal recording and release of my private moments (a crime) that happened months back before I actually respectfully ended this relationship, extortion(a crime), blackmail(a crime) amongst other things alleged about you.

She also alleged that Prince Kpokpogri also has sex tapes of other celebrities, married women, etc. which he stores in order to blackmail them. She wrote:

This may be a good time to say @janemena this man has so much of your sex tapes with him in his possession(old and very recent). Not just you but a lot of other married women, celebrities and single girls too. If he hasn’t blackmailed any of you yet, it’s a matter of time!

Nigerian socialite and OAP, Toke Makinwa took to social media to share the threats she got from a blackmailer threatening to expose her naked pictures online.

The pictures in question are a photoshopped version of pictures Toke Makinwa shared of herself in 2018. 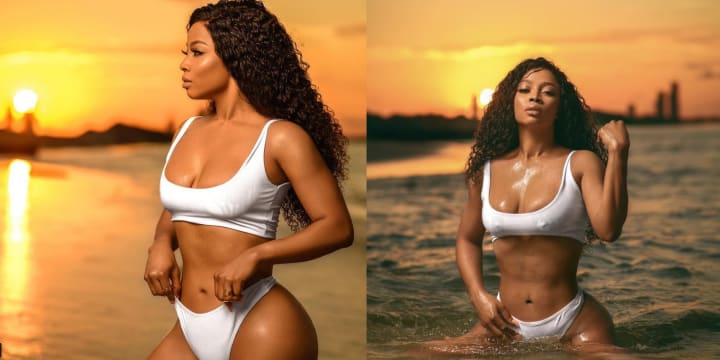 Along with the pictures of the email, Toke posted saying:

Is this really how low we’ve become? I understand that things are hard, I get that feeding off each other and scamming people will be on the rise but I’ve never and would never negotiate with con artists/scammers. I am sharing this ahead of your threats to release these edited/false images cos this is disappointing, this is not humanity, there is a pandemic killing people and there’s also certain human beings wanting to exploit people in a time when we should all spread love and kindness. Stop with your bloody emails already ?????. I am not the one, not yesterday, not today, not ever. I don’t have any money to give you.

Nawa! From photoshopped images to old pictures to sex tapes, these blackmailers are something else oh. What do you think you would do if you were blackmailed? How do you think you’d react? Let me know by leaving me a comment on my Facebook post along with any other thoughts you may have about today’s piece.