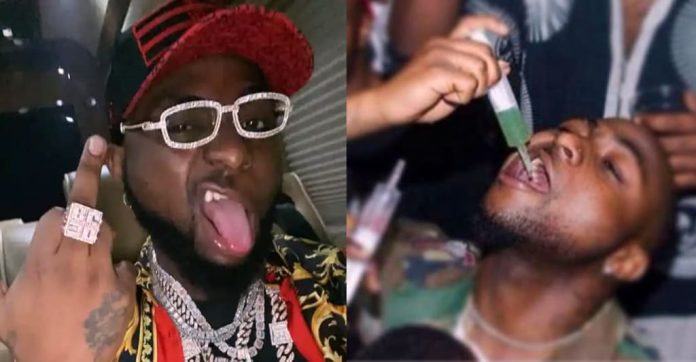 There are a number of reasons why we enjoy watching and following celebrities. One of those main reasons is because of their luxurious and very expensive lifestyle. We like to see people go to exotic locations and wear expensive things and just do things that we ourselves cannot currently do. It’s alluring.

But then, there are sometimes that things get too far or people with money begin to do things that can best be described as “stupid rich” or “stupid expensive”. A celebrity buying a $50 million house, okay, we can say maybe at least, a house is an investment that appreciates over time. But then, there are some other things that we hear and we’re like…this one just doesn’t make sense. Here are 5 times Nigerian mega singer Davido did a couple of the latter. Here are 5 Stupid Expensive Things Davido has done. Let’s go! 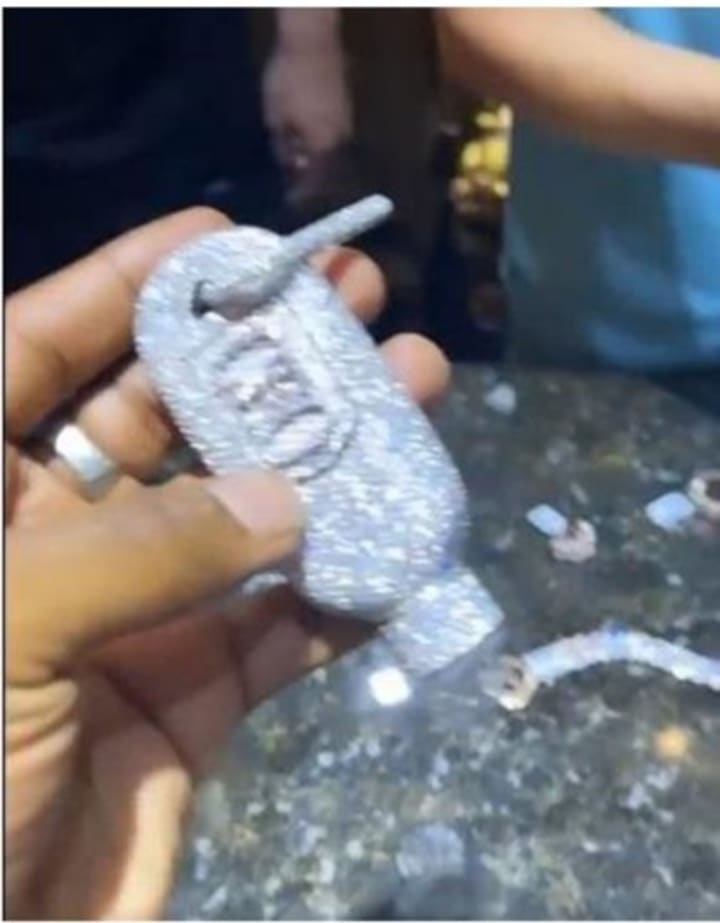 Earlier this year in March, Davido turned heads and became the topic of conversation when a new video started going around of the mega superstar buying a N38 Million hand sanitizer from popular Miami-based jeweler, Johnny Dang.

N38 million for a hand sanitizer. WHAT?! 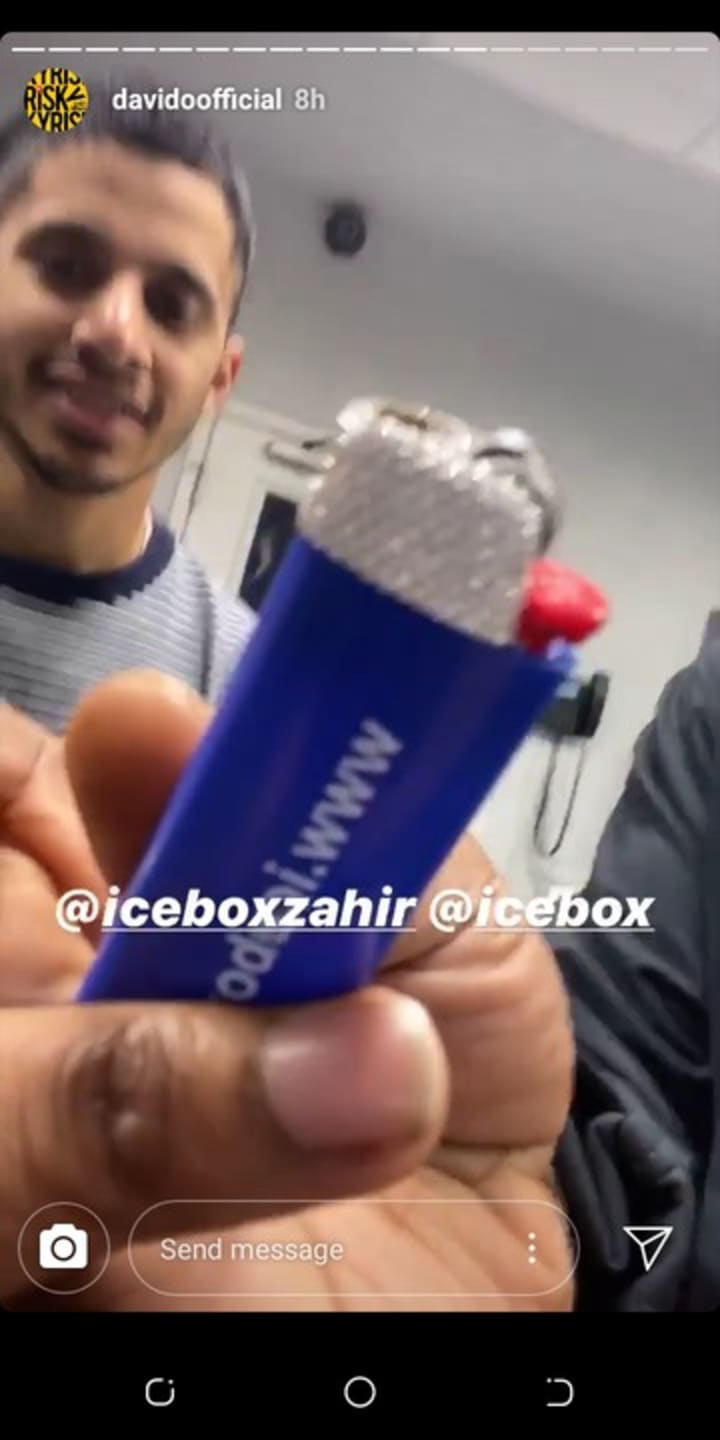 In another display of extreme affluence, Davido went out to buy yet another domestic good that anybody can get from their local store at no more than N200 – a lighter. But not just any lighter. Davido’s own lighter was a diamond lighter which he bought for $5,000 (over N2 Million) from Icebox. The singer took to his social media to show off the expensive lighter to the shock and bewilderment of fans. Davido is known for spending lavish amounts of money at clubs and outings. However, when he shared his receipt of over 5,000 British Pounds that he spent on a night out, fans had to raise their brows calling his spending “extravagant”. Extravagant is putting it mildly. 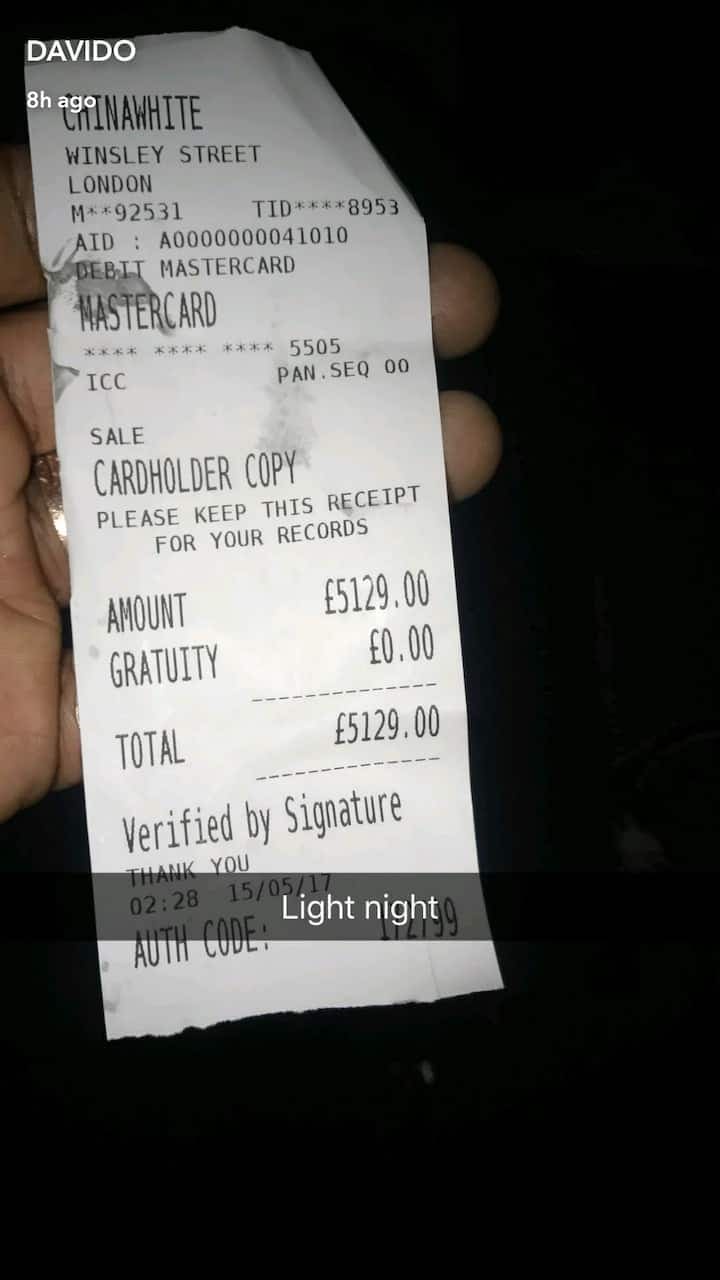 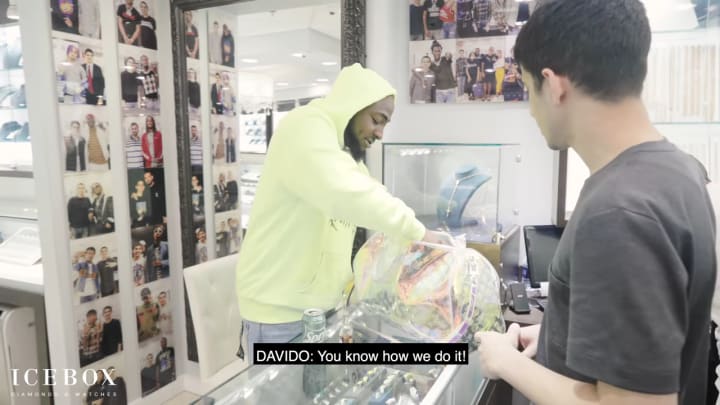 In 2019, Davido appeared on IceBox, an Atlanta based jewelry store’s Youtube video where he brought in a Louis Vuitton bag full of cash. By the time Davido walked out of IceBox, he had spent $150,000 all during that one trip. People’s comments under the video were filled with surprise, envy, and shock. Somebody commented saying: “I get paid $500 a month , I can’t believe he just paid $150.000 for jewelry. That’s like my salary for 25 years, 25 years bro 😭😭“

It is A LOT of money. 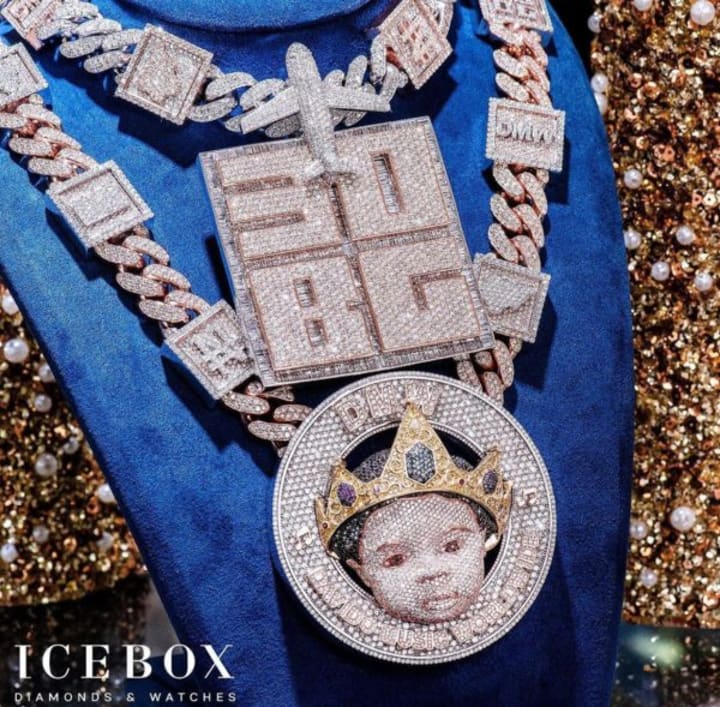 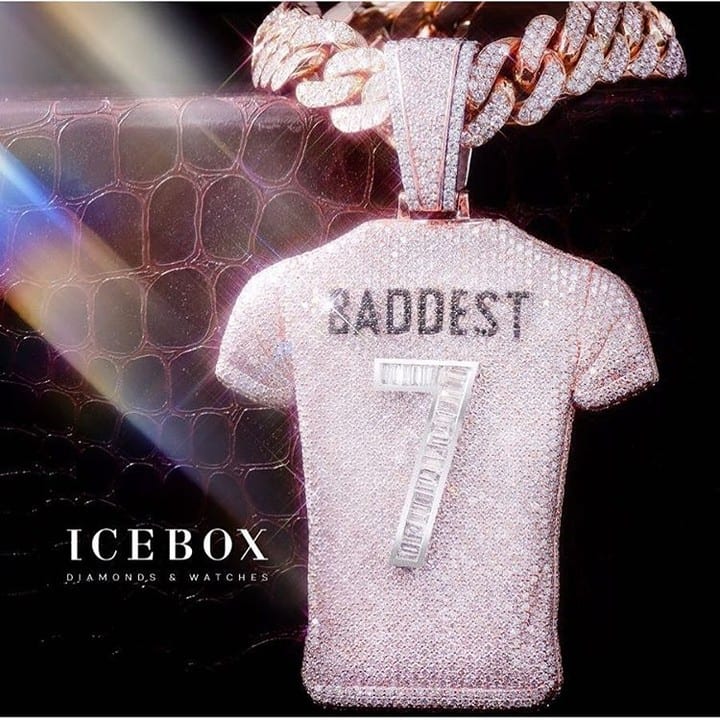 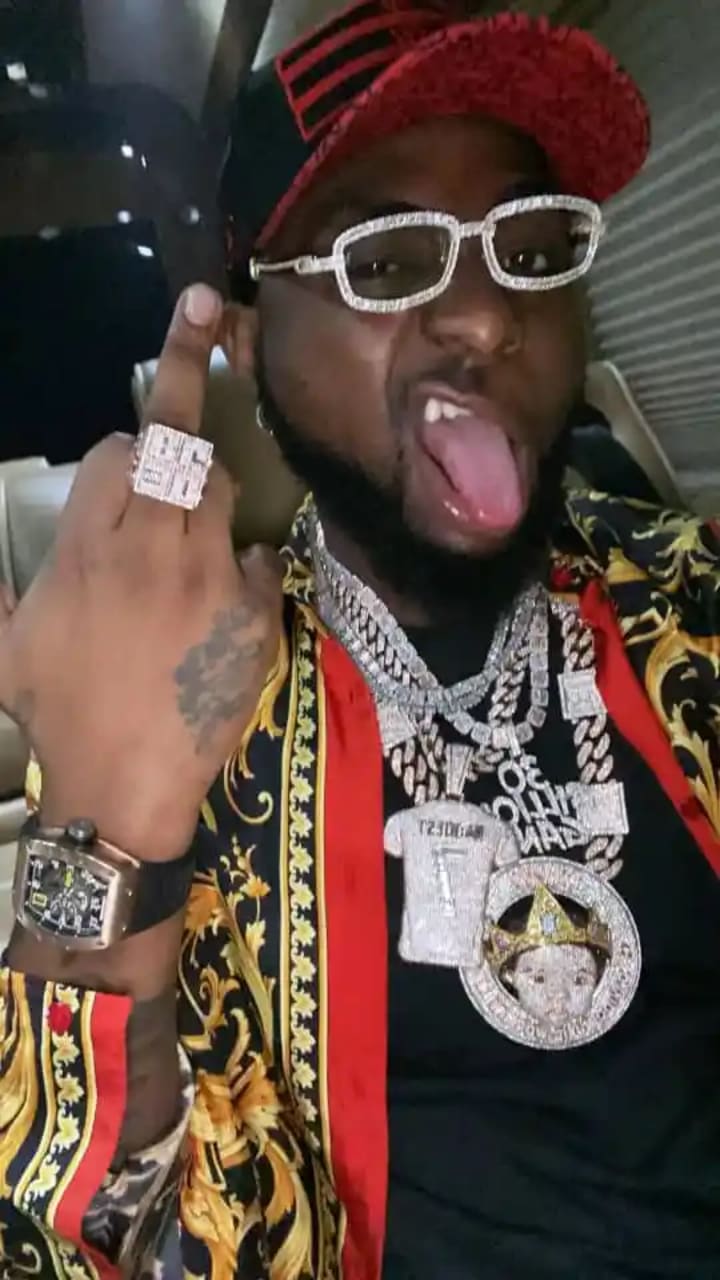 Davido wearing both at once 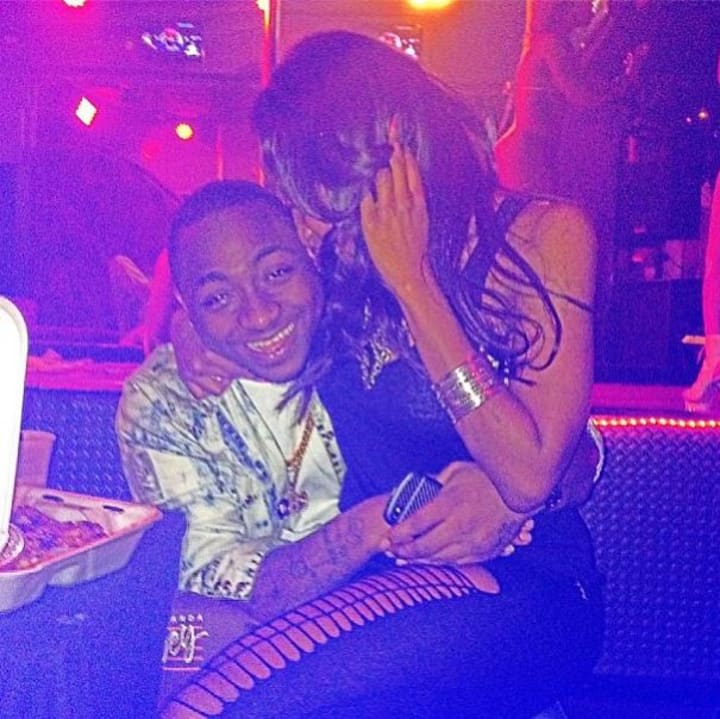 Davido is notorious for getting wild at the club. There are several stories and pictures of Davido storming various clubs around the world and in each one blowing crazy amounts of money and doing all manner of extravagant things like drinking out of a syringe. Talk about a boy that his lived a very wild, crazy, expensive life. Which of his antics do you find the craziest or the most surprising? Let me know by leaving a comment on my Facebook post. I’d love to hear your thoughts. Ini Edo and 3 other Nigerian Celebrities Who Became Parents by... “Her mother is soo fine, no wonder Davido no dey play... 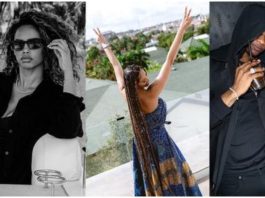 “Don’t ever call me lucky, I prayed, worked and sacrificed for...