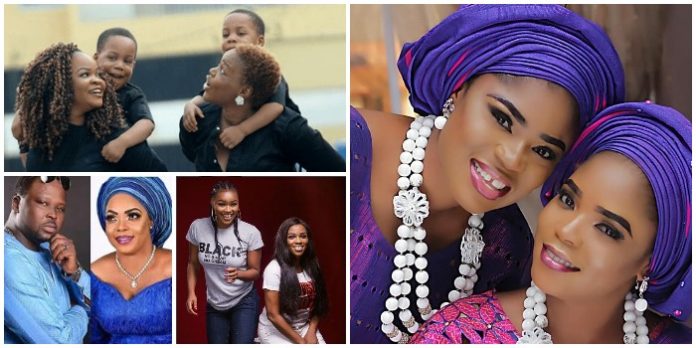 These five actresses who are well celebrated in their fields are five of the numerous twins the Yoruba industry has to offer.

She is an award winning actress, model, singer, TV host and entertainer and this is she and her twin sister, Taiwo on their birthday photo shoot. They are the fourth and fifth child respectively in a family of six,

Eniola Ajao and her twin sister and their resemblance is top notch as they have everything in common down to their gap teeth.

Eniola being Taiwo and her twin sister is not that a popular face around movies and social media.

She is a Yoruba Actress and she has a twin sister Kenny Aromokun . Infact Taiwo delivered a set of twins after her wedding , Infact Giving birth to twin must be running in their family

Kenny George is an award winning UK based Nigerian actress, producer and screen mother and entrepreneur who has carved a niche for herself in the industry. She has a twin brother, Taiwo Ibikunle