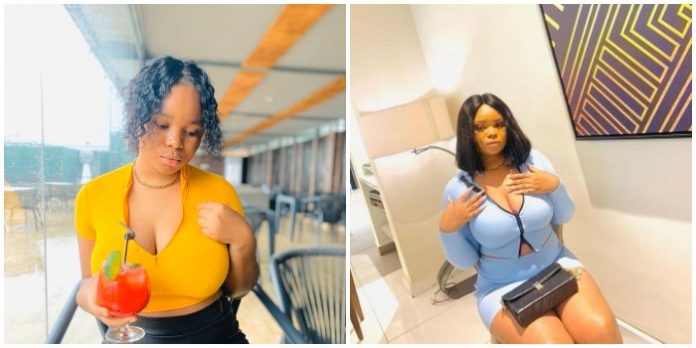 A young Nigerian lady identified as @Queenistonia on Twitter, is currently under fire on social media after she took to the platform to reveal she’s a virgin at 23. 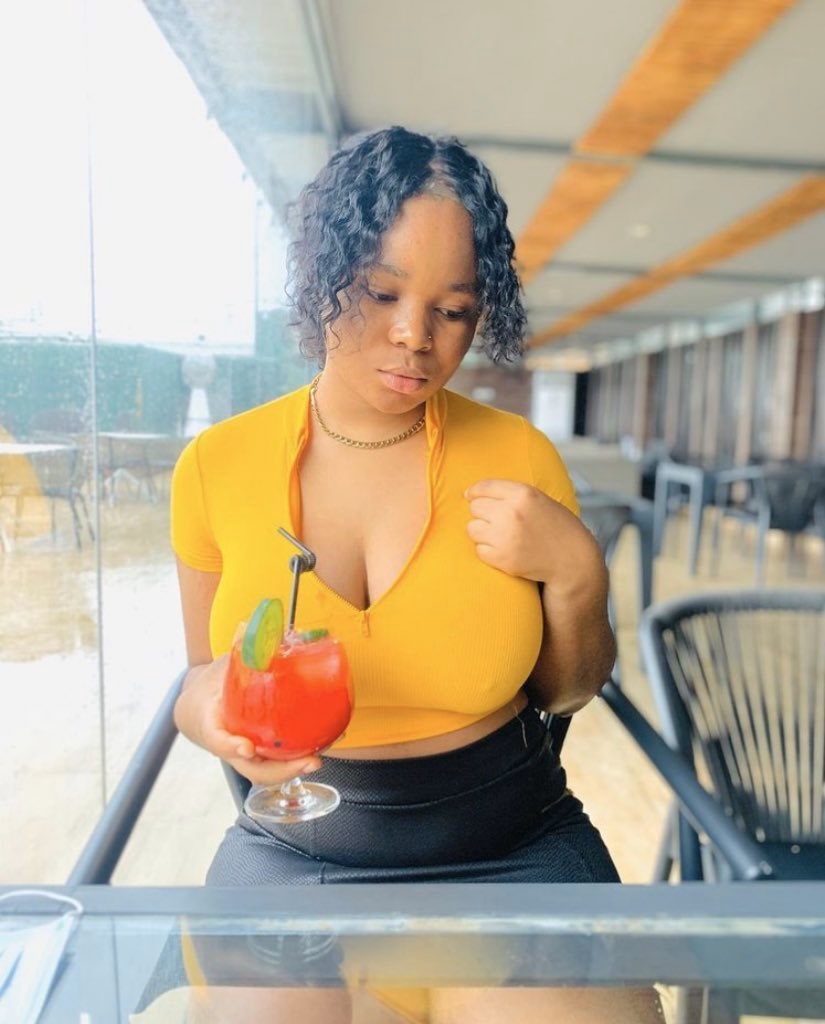 The beautiful 23-year-old, via the micro-blogging platform shared a photo of herself as she revealed she had always abstained from sex, and proudly announced she’s still a virgin. 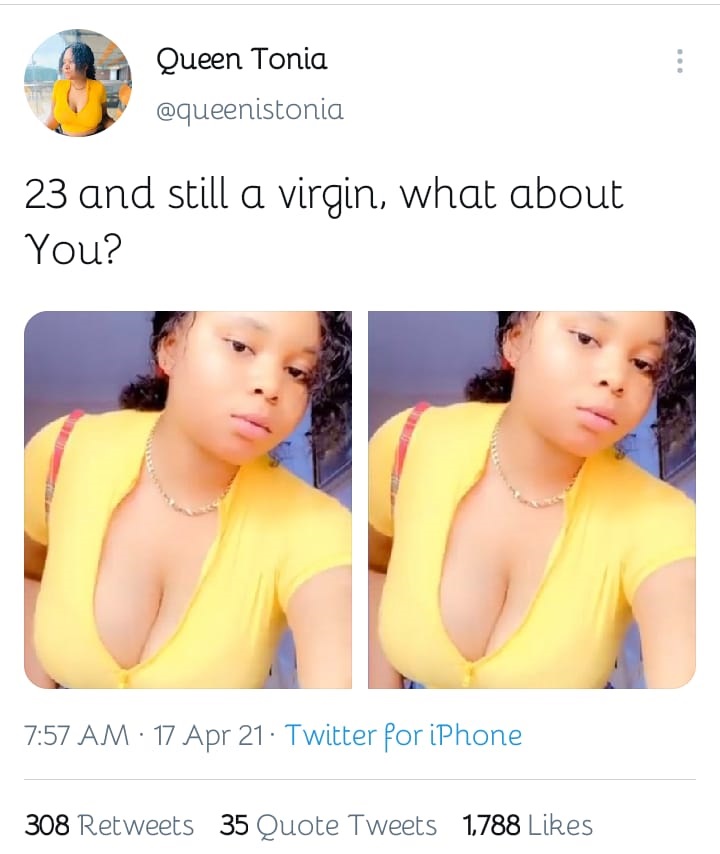 One would have expected that netizens would applaud the lady for her sexual purity, however, she was dragged to filth and netizens dug up sexually inciting photos of her.

The lady received heavy backlash from netizens who rebuked her for claiming to be a virgin after severally sharing raunchy photos of herself online.

ATwitter user, @Theyvid_ wrote, “Shey you are a virgin like this”.

@Deerudite_ wrote, “And your breast has fallen off”. 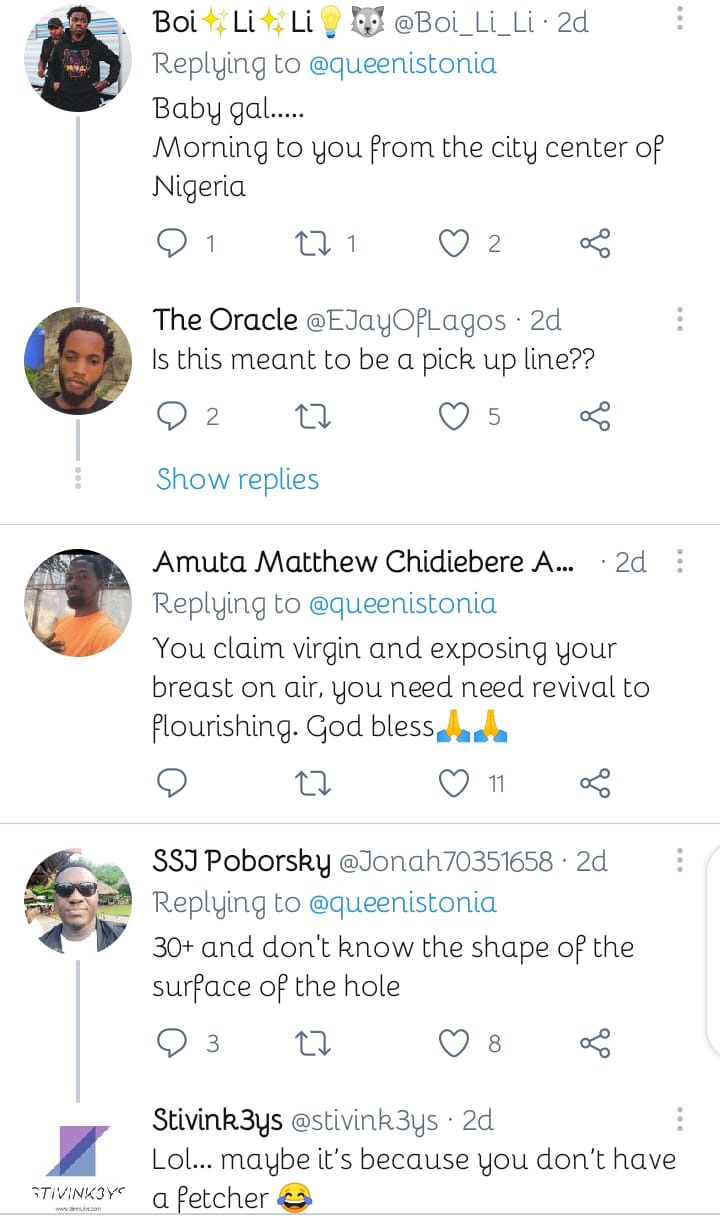 @Ibejinoble_ “If u are still a Virgin, then i guess we can also conclude that the Pope is also a Virgin”. 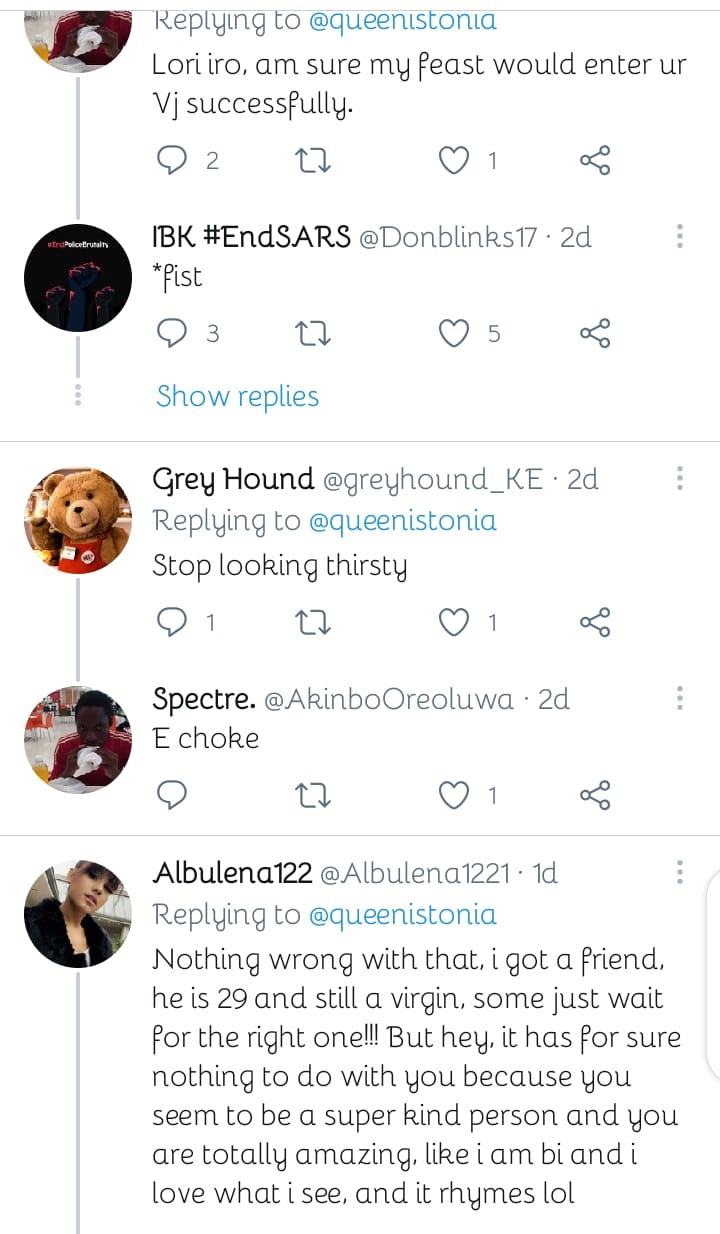 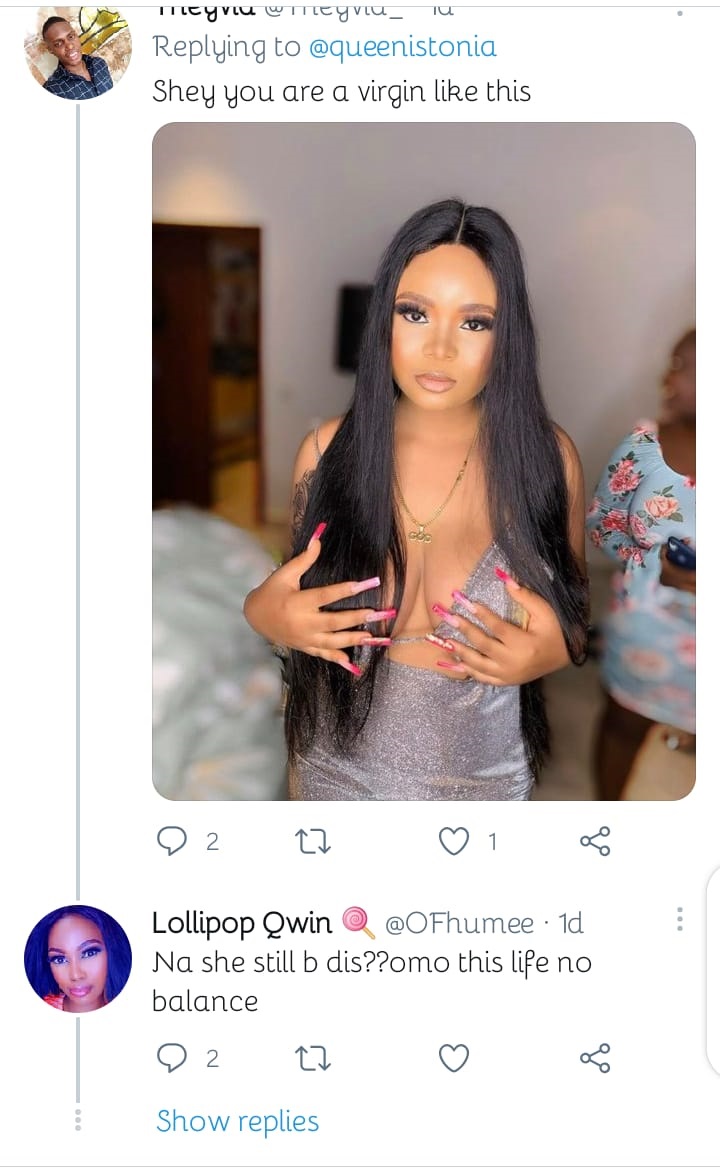 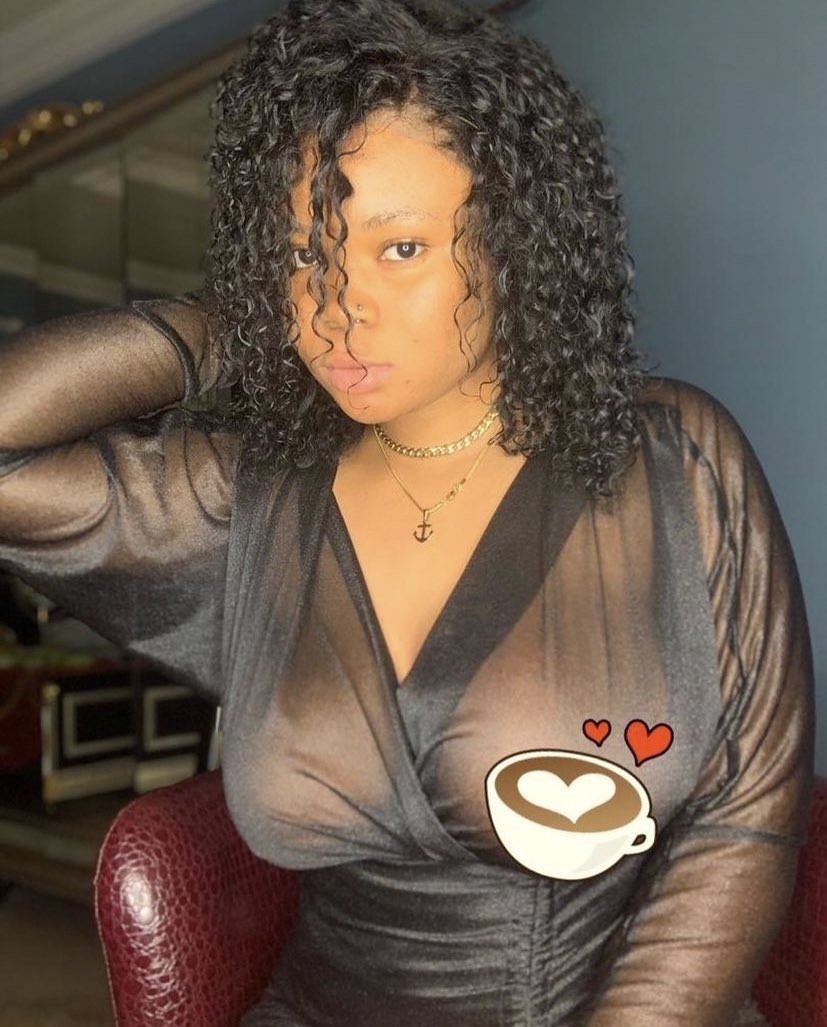 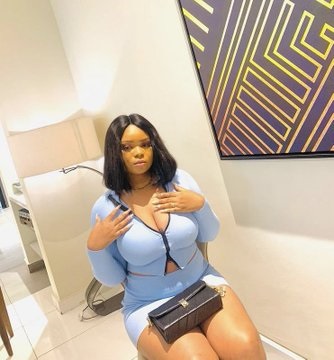 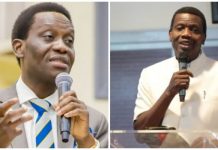 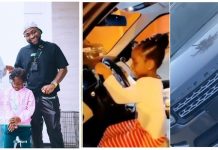 ‘Can imade drive? He bought it for Sophia’ – Nigerians react after Davido buys his daughter, Imade a Range Rover as birthday gift –... 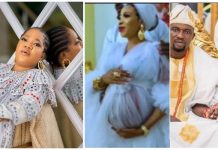 “She added a address ??? to spite Toyin Abraham” – Lizzy Anjorin causes a stir with her baby’s arrival after she specified where she... 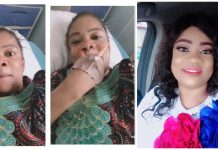 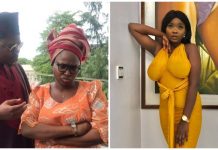 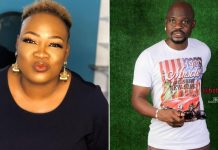