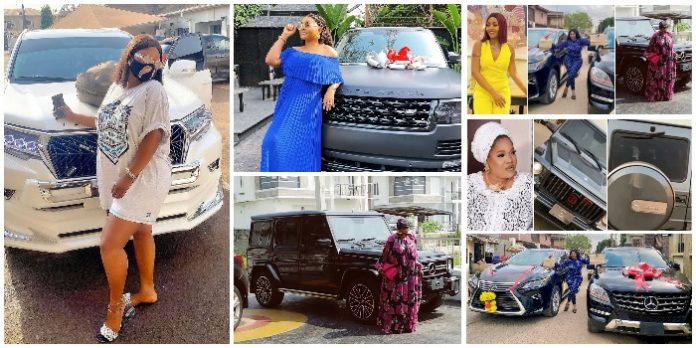 2020 was a lot and everyone entered the new year with renewed hopes and plans to do bigger and new things despite the ongoing pandemic. 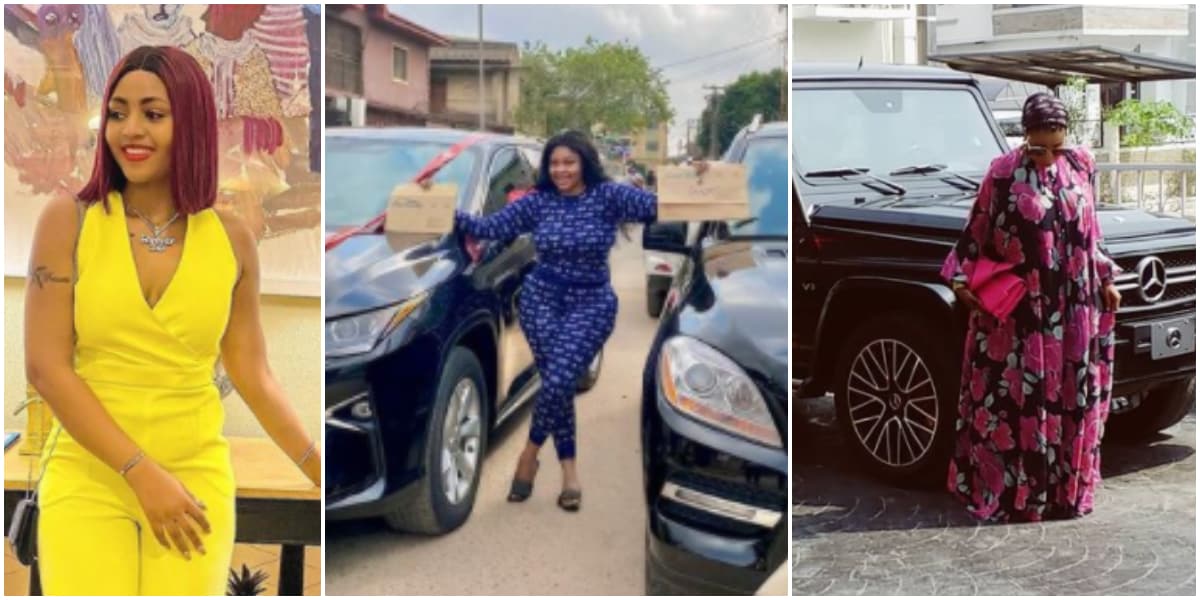 Nigerian celebrities who are known for their luxury lifestyle have been creating, buying, spending, and travelling even though we are just a few weeks into the new year.

The young actress and billionaire wife is in money and she went all out to spend it on her mother, Rita, who turned a year older on January 12. The mum of one surprised her beautiful mother with a brand new Toyota Prado reportedly worth N15 million. 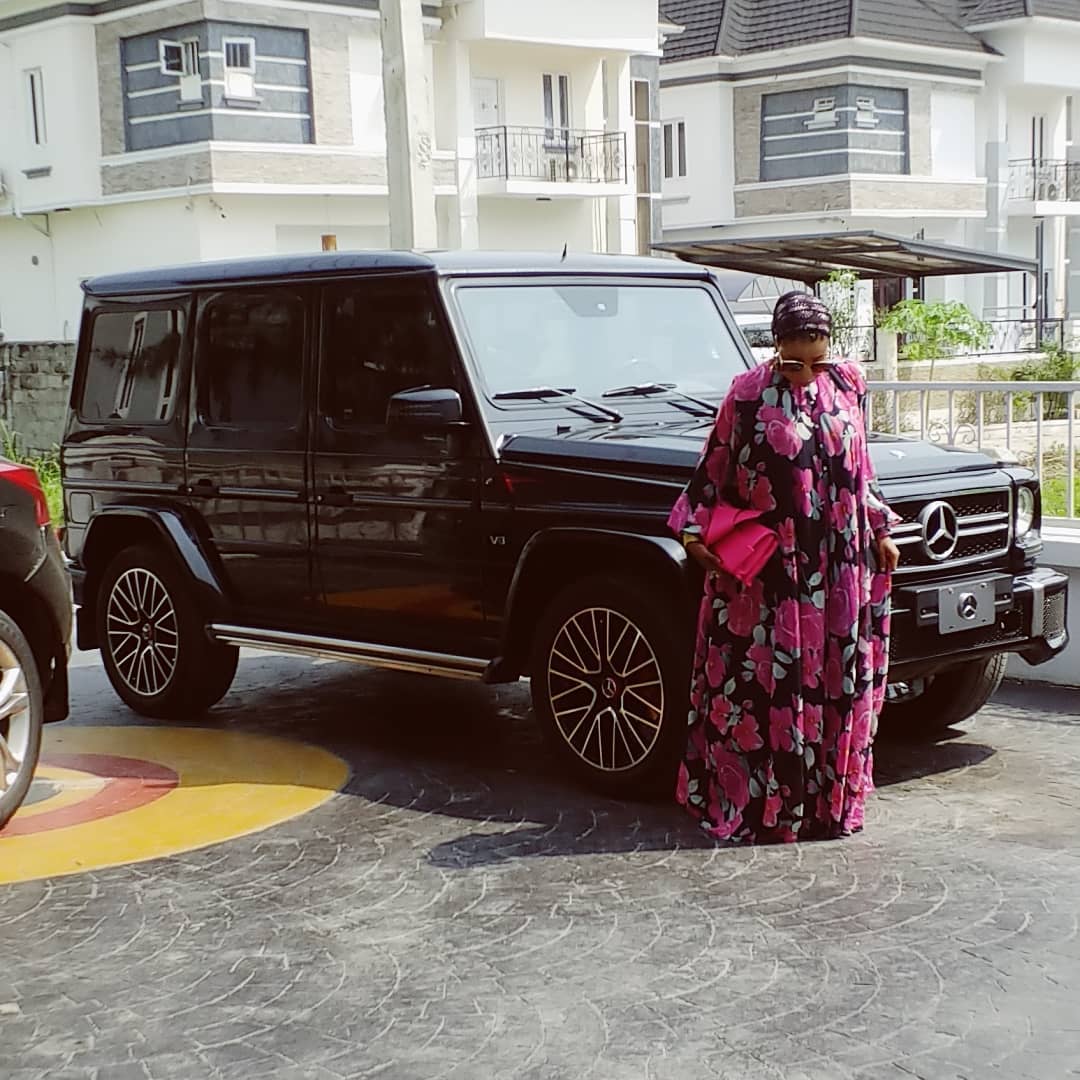 The actress and entrepreneur recently took to social media to specially announce to her fans that she is the latest member of the G-Wagon gang.

The entrepreneur who posed gallantly beside her car gave all the glory to God for her latest addition. 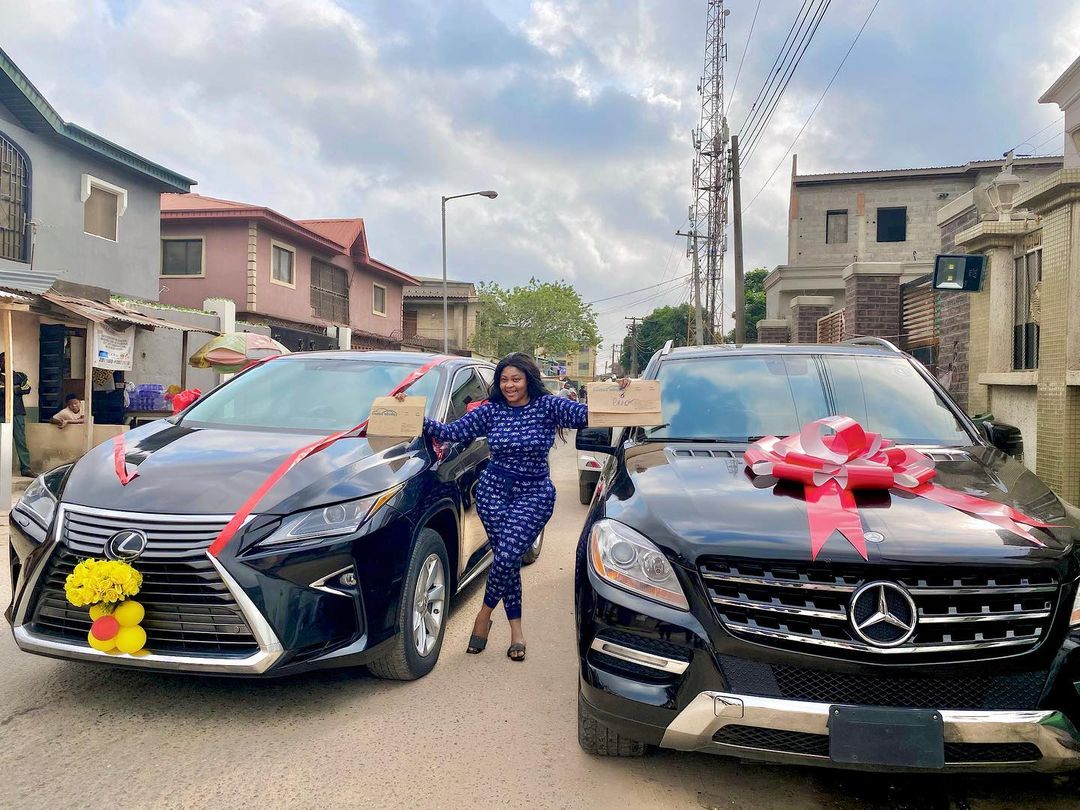 This curvy screen diva got 2 cars in one day! The actress stated that she already paid for a car and recently completed the payment, but got the shock of her life when a second surprise car showed up for her.

That’s not all she also received a huge money cake as well. Popular Nigerian actress, Georgina Ibeh, started the year 2021 with a nice gift to herself as she took to social media to show it off. 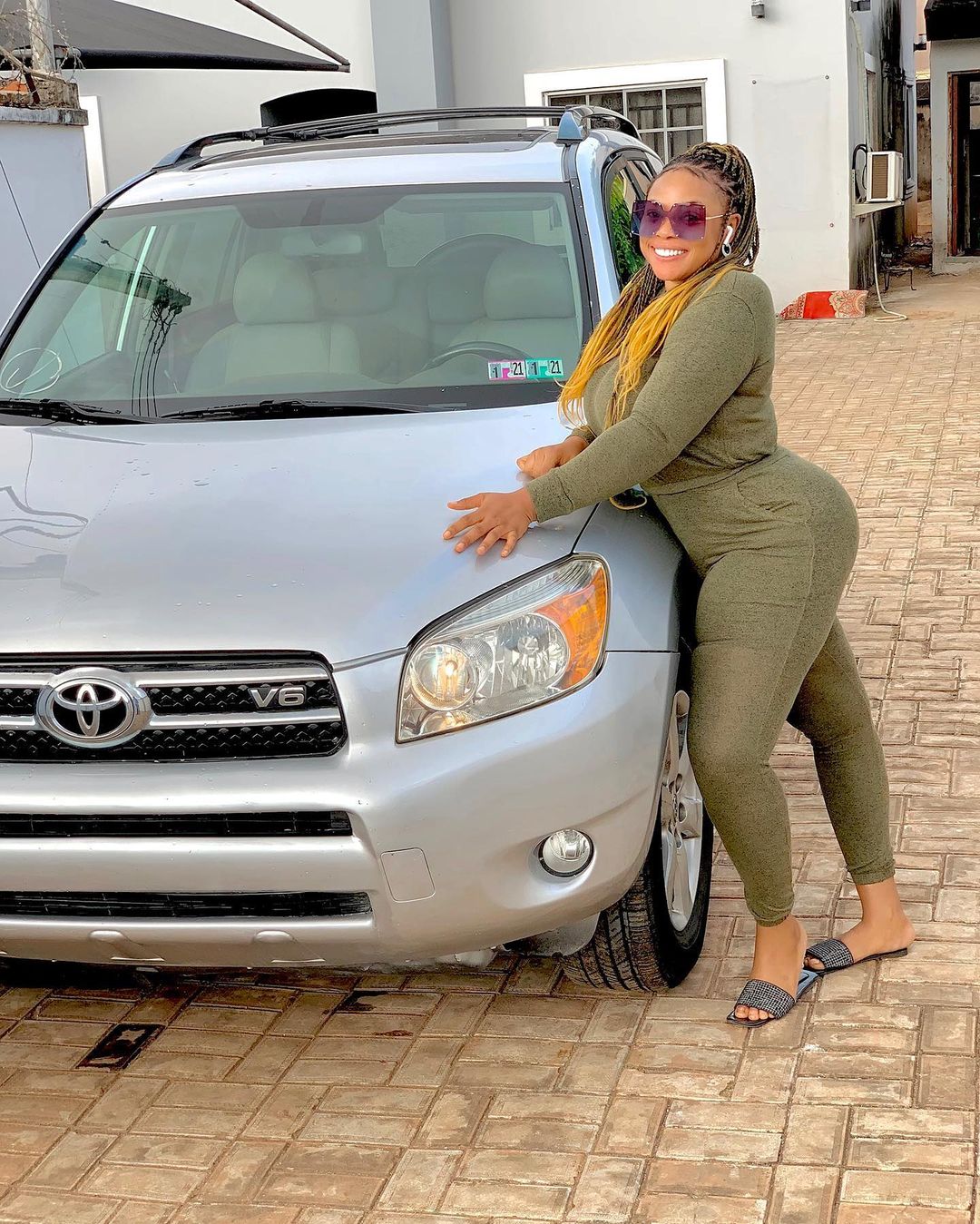 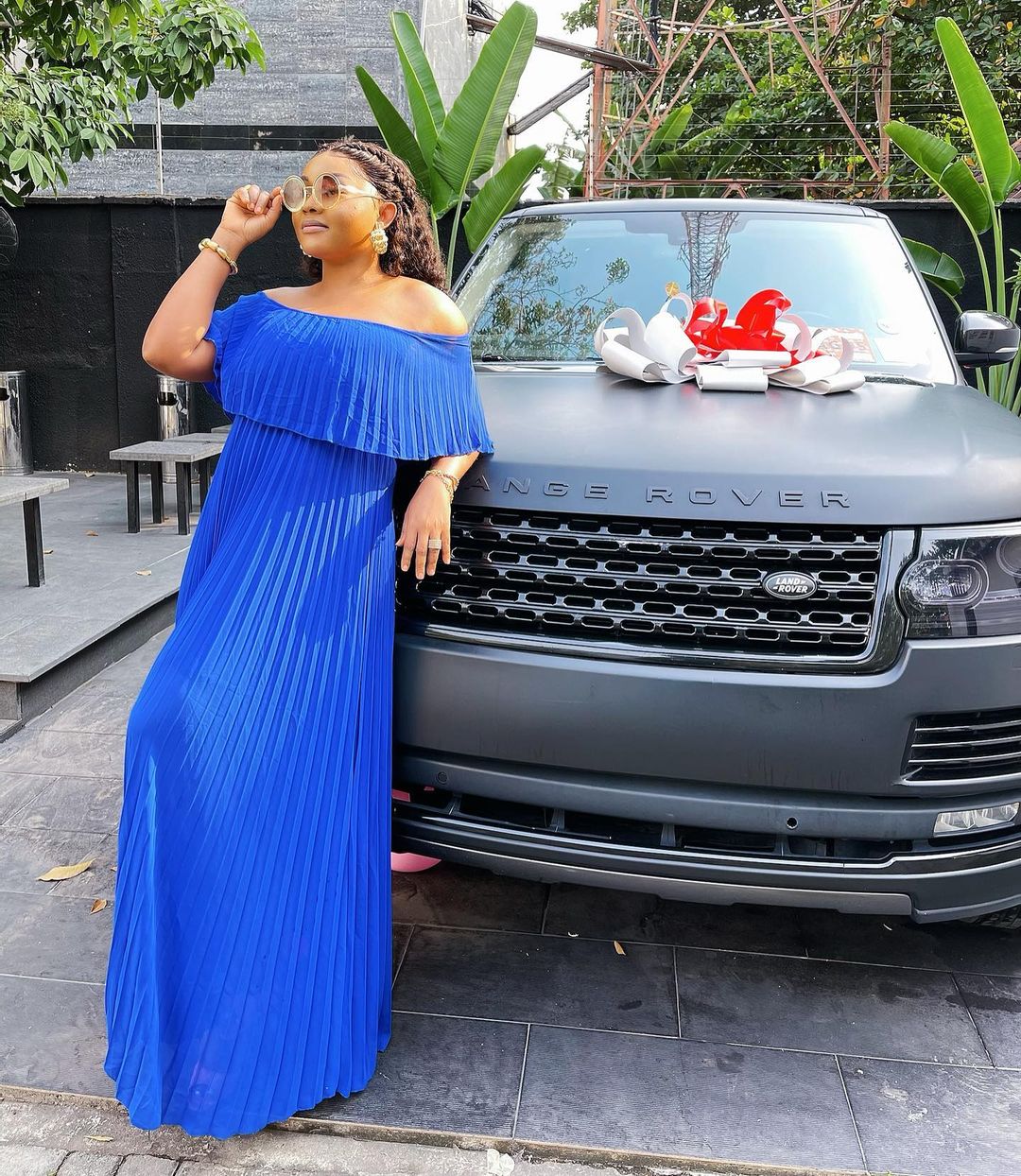 On the 6th of February, the news came out that successful Nigerian actress, Mercy Aigbe had been surprised with a brand new Range Rover HSE as a birthday gift.

The gift came from popular businesswoman, Mummy Glee, for whom Mercy is a brand ambassador for her brand. 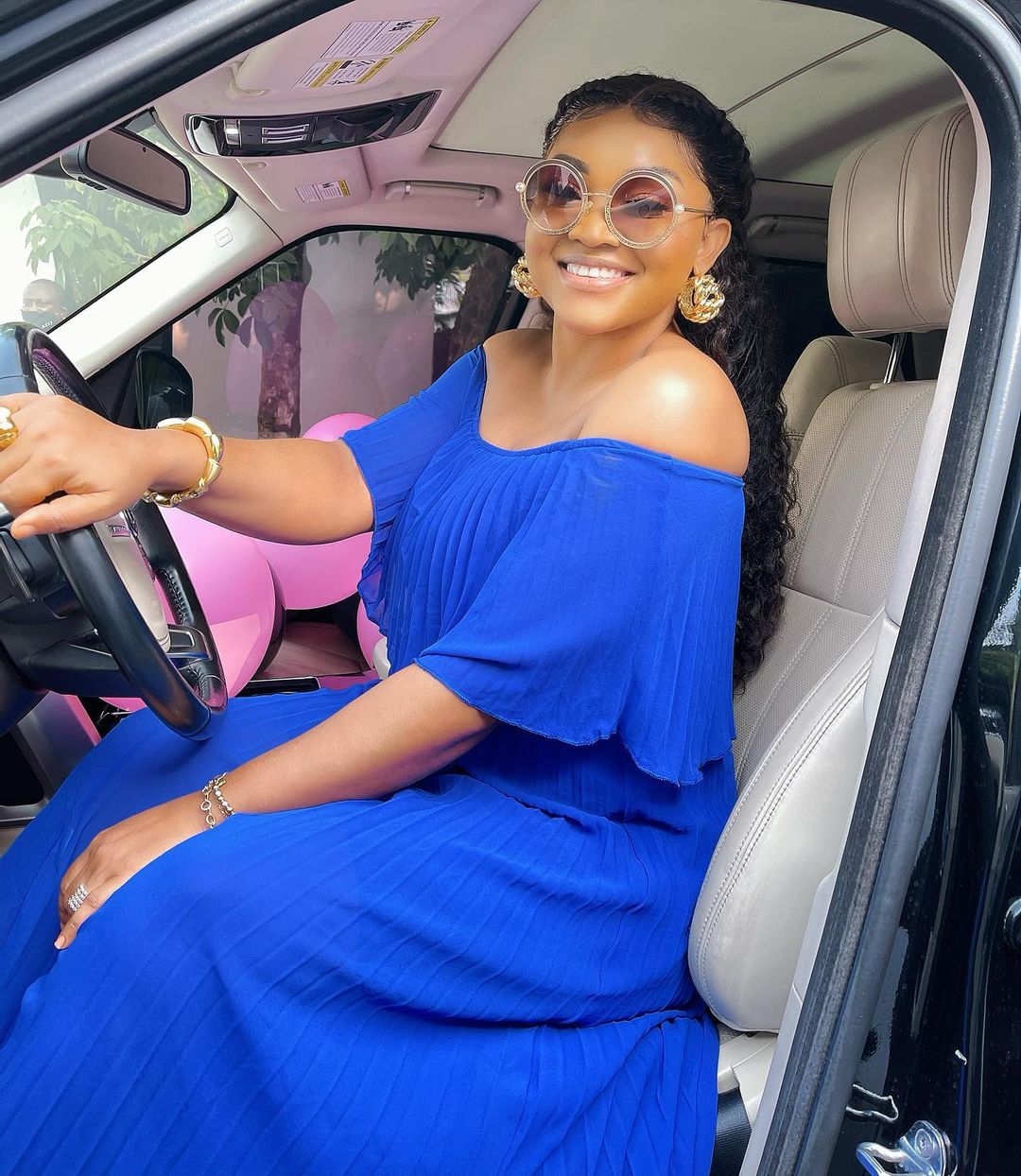 Mummy Gee took to social media to post the presentation of the car captioning it:

“Today I gifted my yummy brand ambassador @realmercyaigbe a sxy RANGE ROVER HSE …..Thank u for all you do @realmercyaigbe thank you for being a lovely person to work with… I hope you love your post birthday / early valentine gift from me.” On the 5th of February, Nollywood actress Destiny Etiko took to social media to celebrate the acquisition of her new car, a Toyota Landcruiser.

She took to social media to show off the multi-million naira car with the caption: 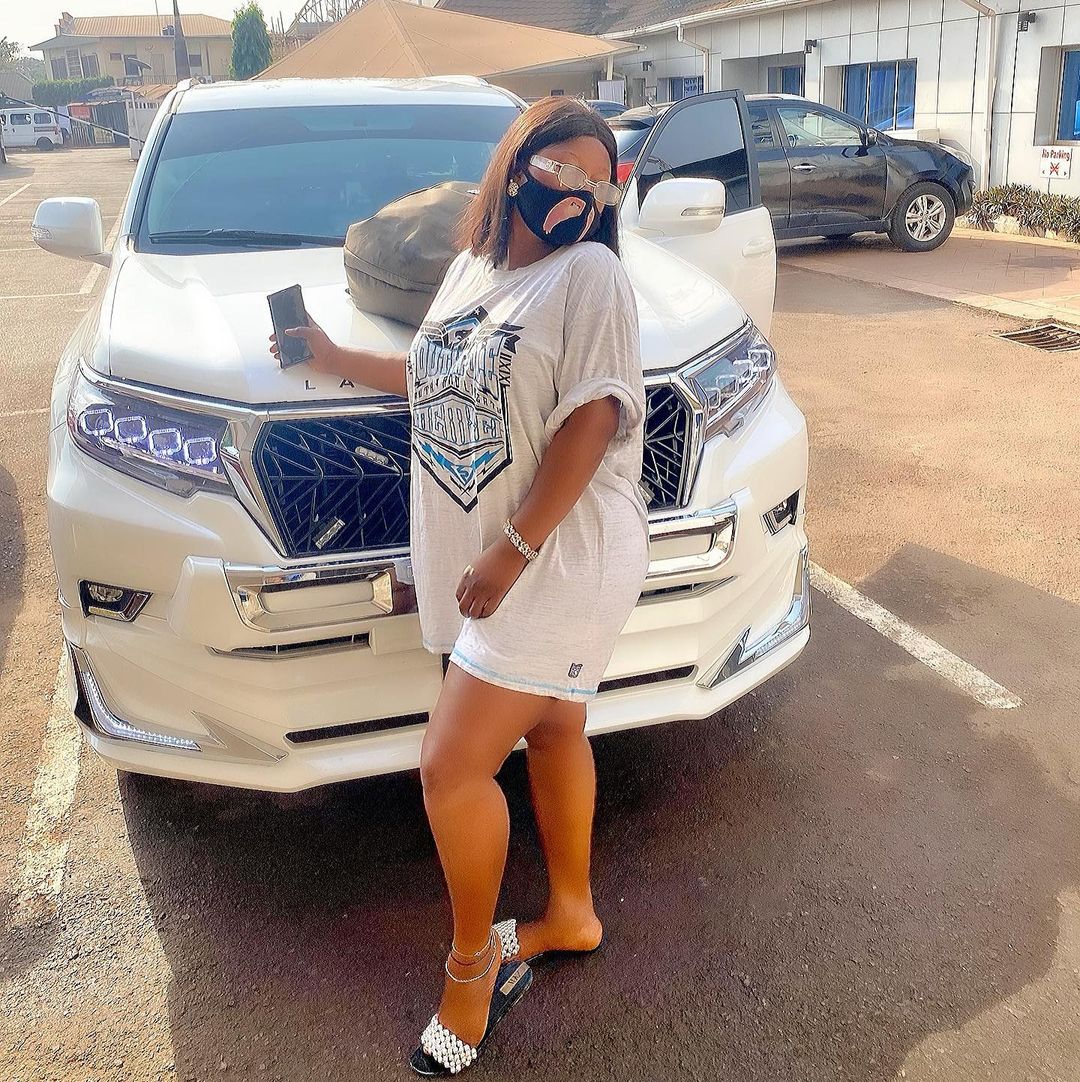 An extra baby added to my garage ❤️MULTIPLE INCREASE ONLY Thank your lord.

On February 25th, news broke that yet another Nollywood actress, this time an actress by the name of Uju Okoli had acquired a brand new Lexus. The news came to our ears through friend and fellow actress Georgina Ibeh who took to social media to share the good news. She wrote:

E CHOKE oooo …. Super Proud of you Boothang ❤️ @officialujuokoli … You have worked so hard and deserve a da*n good ride to ease off all them stress … Congratulations My Friendship @officialujuokoli More wins baby , May God keep uplifting you beyond Human Comprehension.

On February 9th, news hit the internet that veteran Nollywood actress Toyin Abraham had bought a new Mercedes Benz Brabus for herself. After having one of the most profitable movies of last year, the actress said that she decided to splurge and gift herself something she’d always wanted. It’s a beautiful car.

On February 11th, it was announced that Nollywood actress Toyosi Adesanya had bought herself an expensive new gift by acquiring a new car. The news was shared by colleague, Olayinka Solomon who took to social media to congratulate Toyosi writing:

Mummy mi @adesanyatoyosi_ileyemi am super happy for you ma,thank you for loving me from day1,Thank u for all the advise,i can’t love you less am so so happy it will never be ur coffin INSHA ALLAH Congratulations @tontolet. Let me pose with your car ❤️ All these cars, are they doing giveaway somewhere? Someone please let me know oh!