Home Celebrity/Entertainment “ Unlike some others I do not give title for money. How... 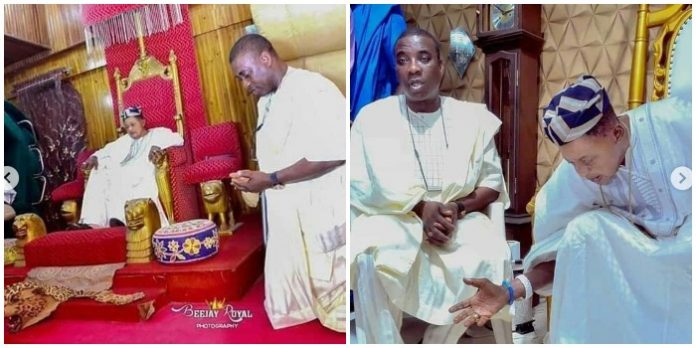 Oba Lamidi Adeyemi l, the Alaafin of Oyo is not your regular traditional ruler. He is a very reflective monarch who is deep in the ways of his ancestors. Highly perceptive, Kabiyesi is a trove of information on the history and mores of Yoruba race. Sitting with him and listening to him talk is like entering into an ancient library and communing with the past of a race. 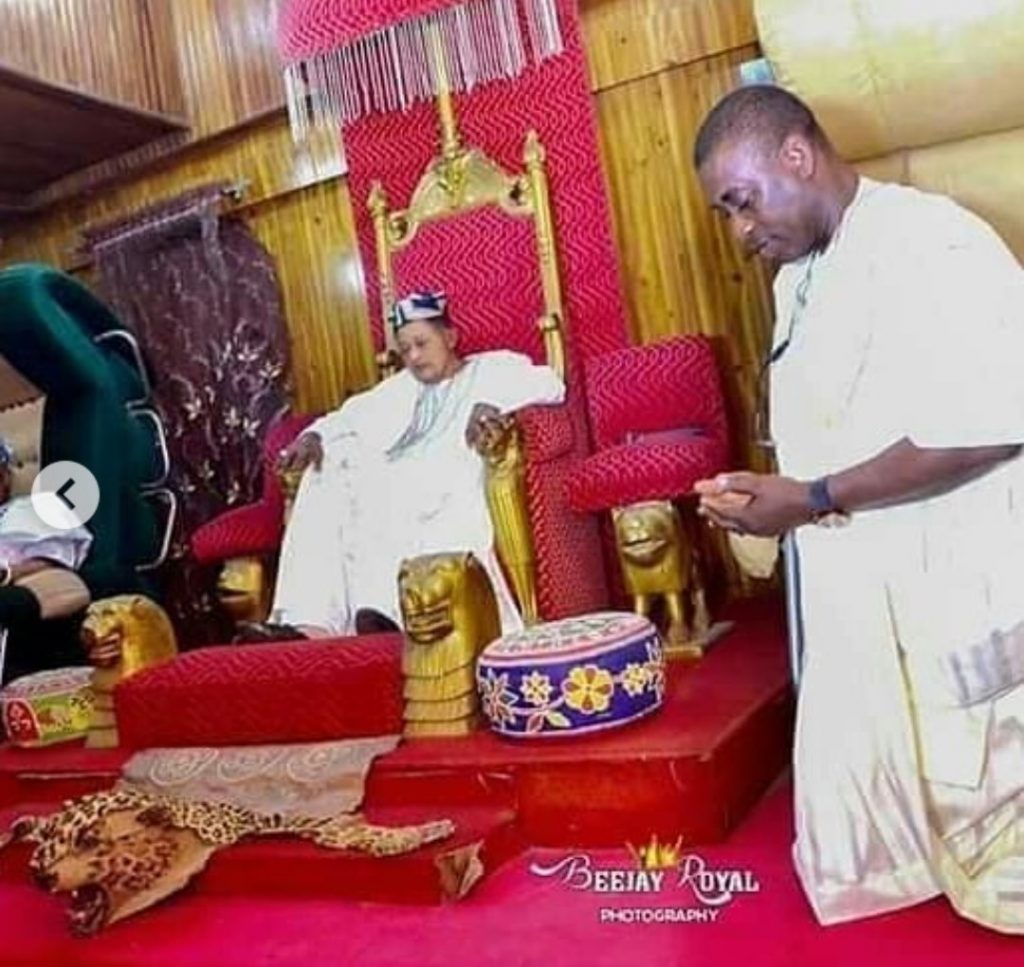 His recall of incidents, occurrences and dates is as legendary as his reflections on the past, present and the future of the Yoruba race.

Talking about the court room accomplishment of Sapara Williams, the first Yoruba lawyer you will think he was there present. His narratives was so graphic that a script writer will have enough for a movie.

That was Kabiyesi who early in his years was known simply as Lamidi Elese, Lamidi the boxer as result of his love for boxing. 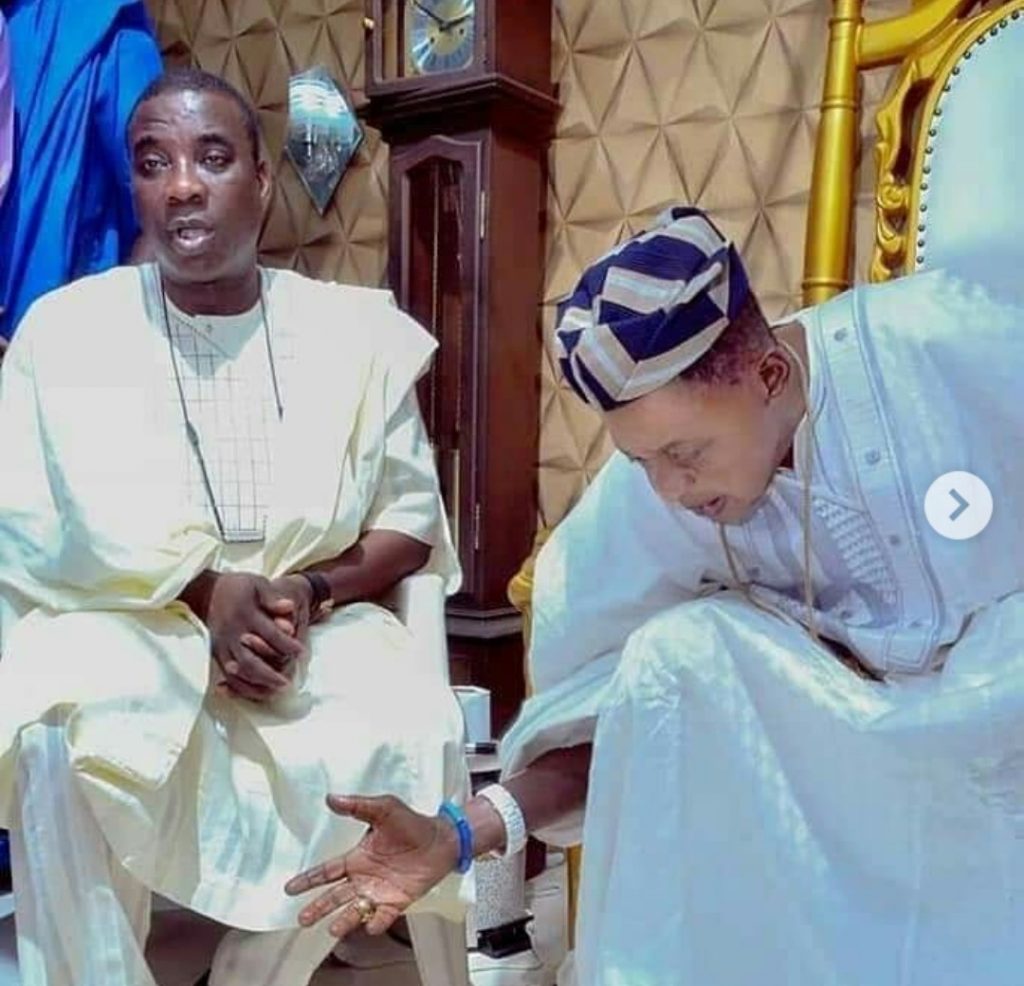 When early on Monday January 13 we arrived in the ancient Oyo town in company of thousands of well wishers of the popular musician Wasiu Ayinde to celebrate with him, Oba Adeyemi asked that three of us – the Minister of Interior Rauf Aregbesola, Minister of Information and Culture Alhaji Lai Muhammed and I to be brought to meet with him in his inner recess. I was in Oyo to represent the Vice President of Nigeria, Professor Yemi Osinbajo at the event while the two Ministers were there to represent the President, Muhammadu Buhari.

Sitting down with Kabiyesi, he said : “gentlemen before this event commences I owe you an explanation of why I am giving out this title.“ 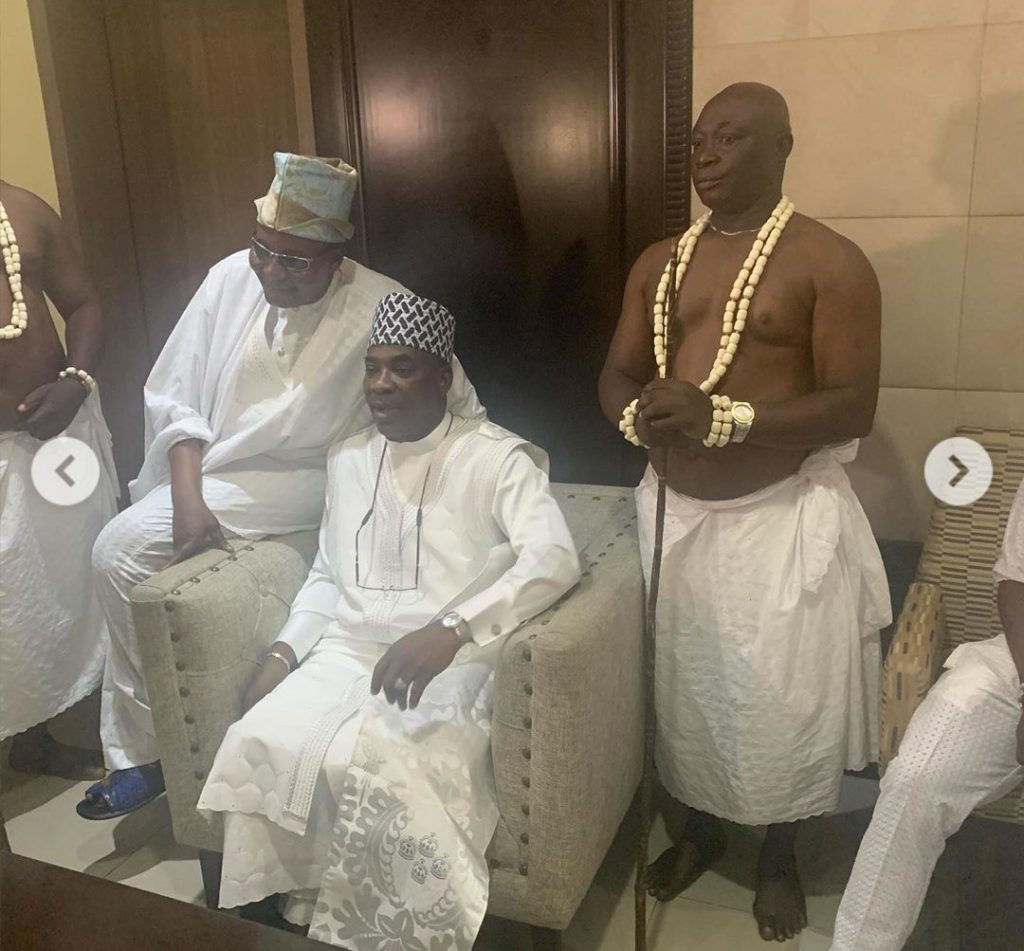 “ Unlike some others I do not give title for money. How much will Wasiu bring to this palace?”, he said.

Kabiyesi said he had over a long time reflected on the Yoruba entertainers and their contributions to the development of the culture.

“They promote our culture, promote harmony and happiness and yet people consider them as beggars. I want to change all of that”, he said emphatically. 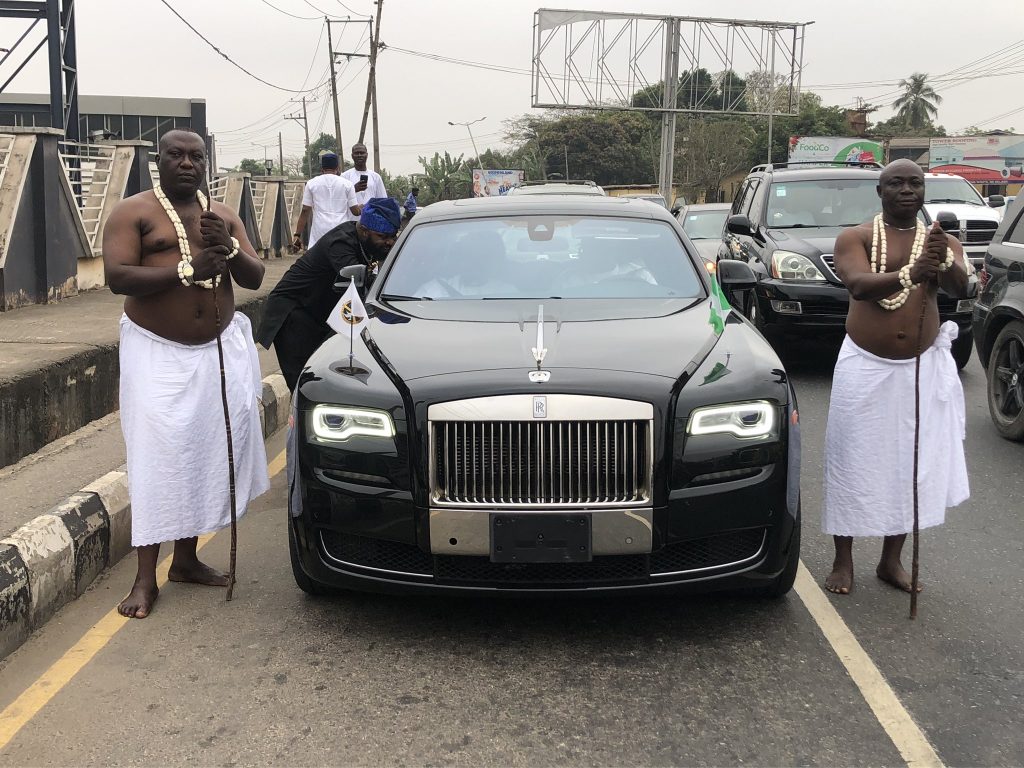 Wasiu, he said , has taken Yoruba music and culture to the rest of the world and therefore deserves to be recognized. Kabiyesi regaled us with the contribution of the Alarinjos who pioneered the Yoruba theatre , handed it over to the traveling theatre and from there to today’s  movie actors and actresses.

These cultural workers from Ogunde, Dura Ladipo , Lere Paimo, Oyin Adejobi and their likes remained unhonored despite their contribution. This , he said , motivated him when ten years ago he first mulled the idea of making Wasiu Mayegun but had to change his mind at the last minutes because he wanted  to observe him a bit more. 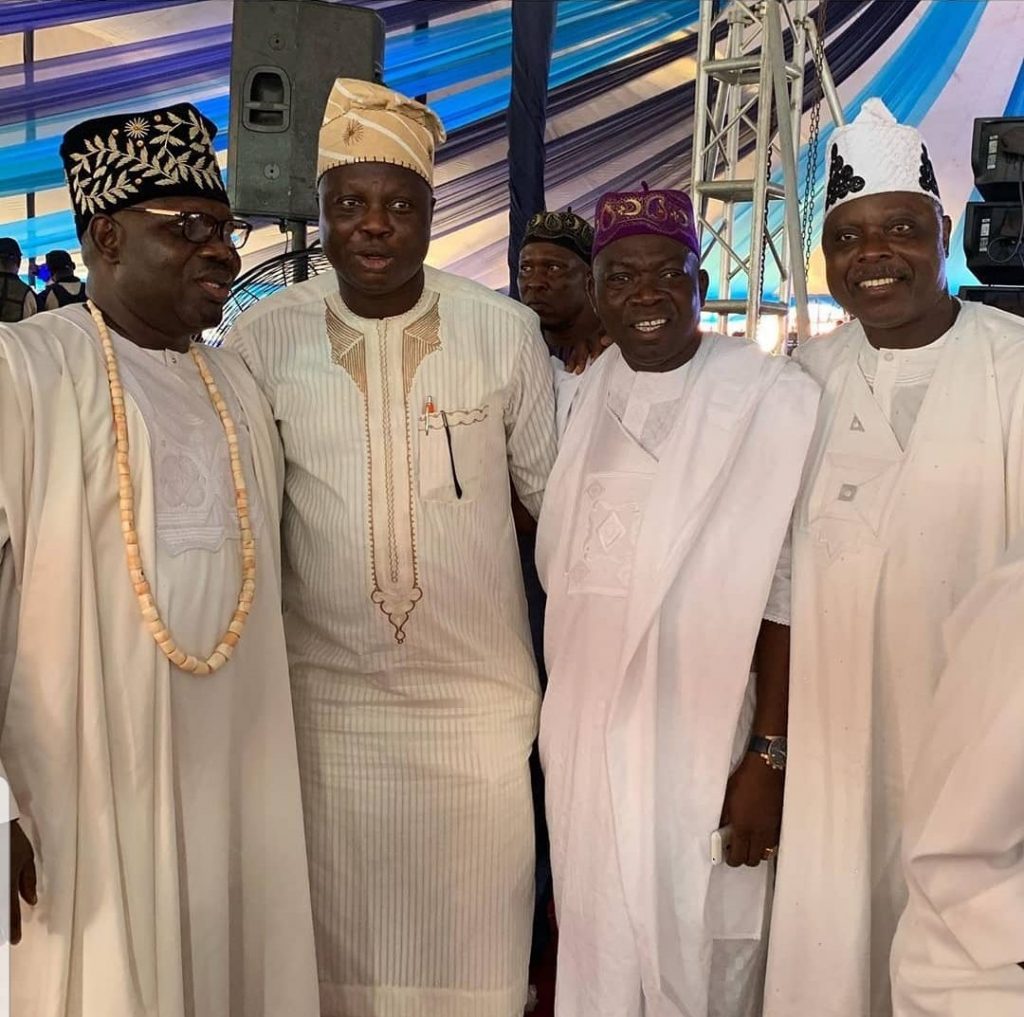 “ Today I am fully convinced of his contributions and his character hence my bringing him here for this honor for his contributor to our ancestry “., Kabiyesi said.

It was a colorful day with many Kings from across Yorubaland coming to honor both the Kabiyesi and the honoree. The Fuji musicians were present in large numbers and so were the Yoruba actors and those who are referred to as socialites for making party rounds. 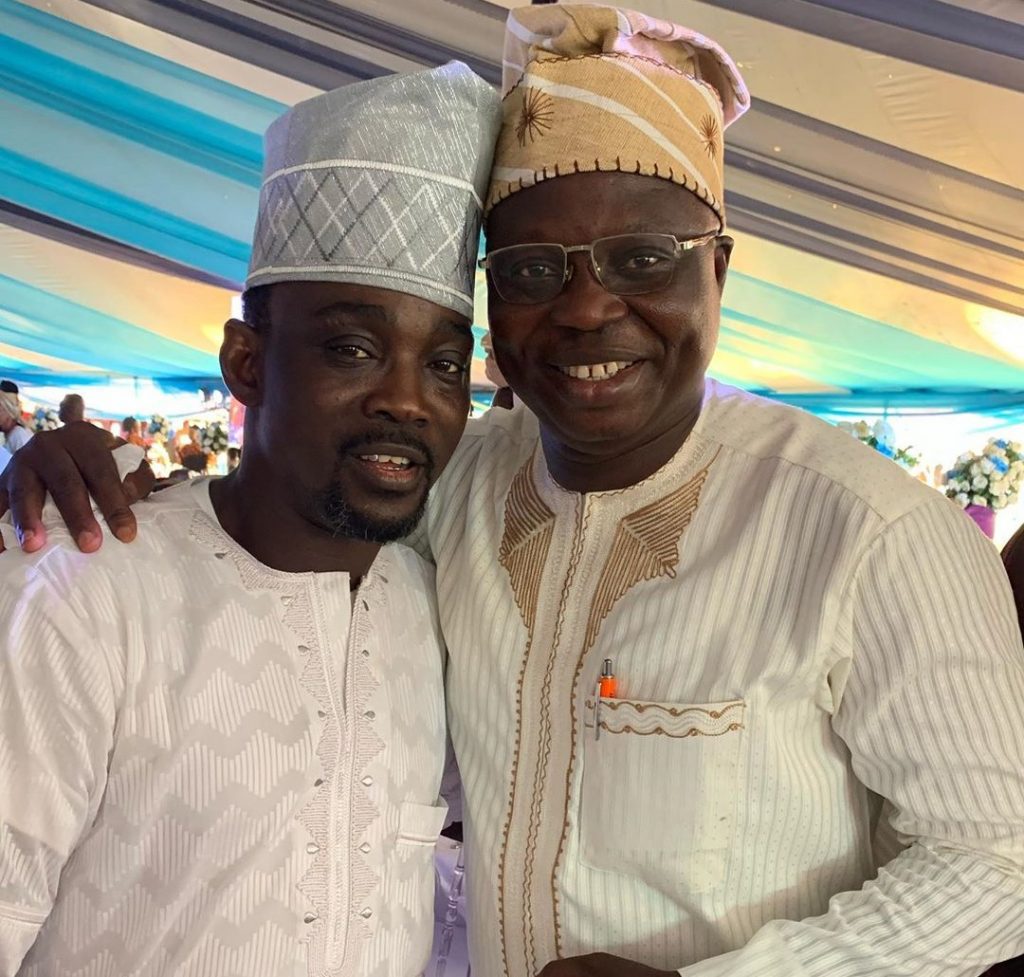 It also witnessed a beautiful display of Yoruba culture . The high point was when the Kabiyesi got up from his throne and went to where the wives sat and engage them in banters. After carrying out a ritual of drumming with them, he splashed them with some naira notes. 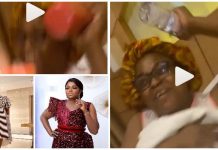 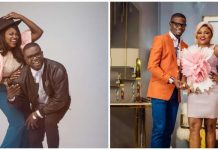 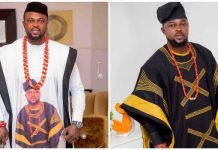 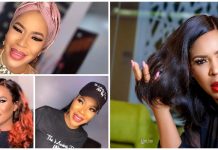