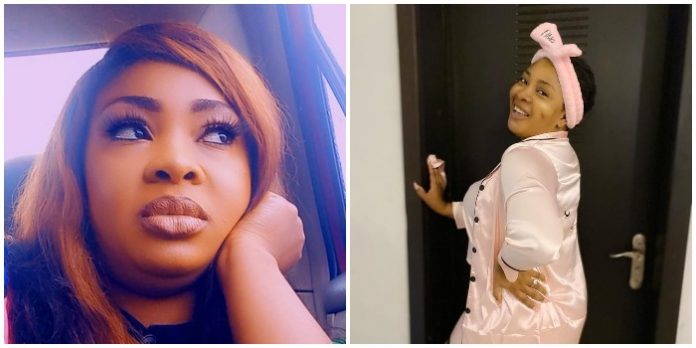 Nollywood Actress bidemi kosoko, who will be celebrating her birthday in a bit feel excited to see that her followers on instagram have reached 1.5million.

Sharing her excitement on instagram, Bidemi kosoko wrote: Wow, see ehn I’m short of words, this is my first birthday gift and its huge for me??? All thanks to my wonderful Fanmily??? I appreciate you all for the support and love ❤️ ese modupe. God bless you all lovers of Abidemi Kosoko?❤❤❤❤???? 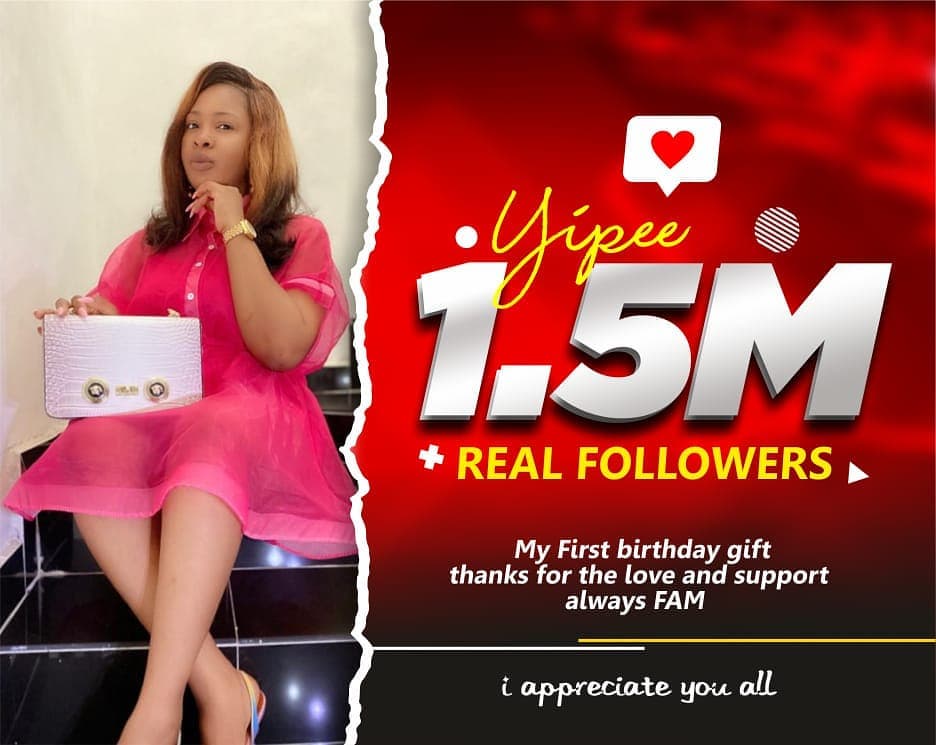 Her colleagues and followers congratulates her on the new achievement

Earlier this year, In a recent encounter with Saturday Beats, the Yoruba movie star opens up on rivalries in the entertainment industry and why some actors preferred to marry their colleagues.

She said: “Some actresses are considered as rivals and some have even declared it openly, but I do not have a rival and I am not in a competition with anyone. Rivalry only builds hatred and there is too much hatred in the world; we need love and peace.”

“When it also comes to the choice of a lifetime, everyone should do what they think will work for them; there’s no ‘go-to manual’ when it comes to marriage. One man’s food is another man’s poison.”

“I have paid a high price for being in the limelight so there is a limit to what I can do. I cannot do some things because the world may not see it as I see it. I cannot even walk down the street without being harassed or stared at or experience something like that,” she added.

Bidemi Kosoko also added that she would love to surpass the achievements of her father, Prince Kosoko, in the movie industry because children “are meant to be better than their parents”.

“I would say that being the daughter of a veteran actor, Prince Jide Kosoko, didn’t help me in terms of popularity and in helping me to get favour in the movie industry. I don’t get jobs because I am a Kosoko, I get movie roles because some directors and producers see my capabilities and talent and need them.”

“Nonetheless, in some cases, my father’s name has opened doors for me and also given me soft landings where there might have been difficulties. I don’t know people’s expectations regarding my career, but I intend to be better than Jide Kosoko. Aren’t children meant to be better than their parents?”