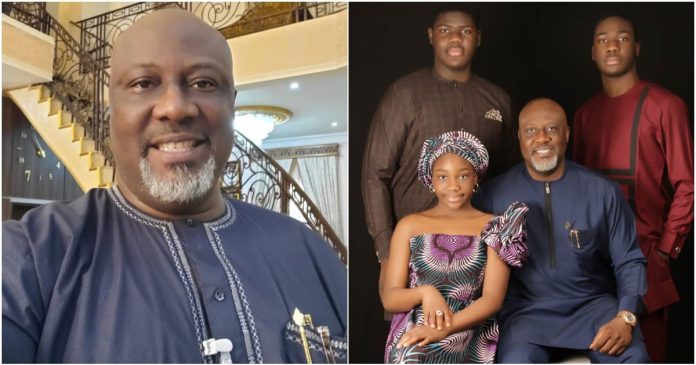 Asides politics, another thing former Kogi senator Dino Melaye cares for his is family and the politician isn’t shy about it.

Recently, Melaye took to his official Instagram page to share a lovely photo of him and his kids. 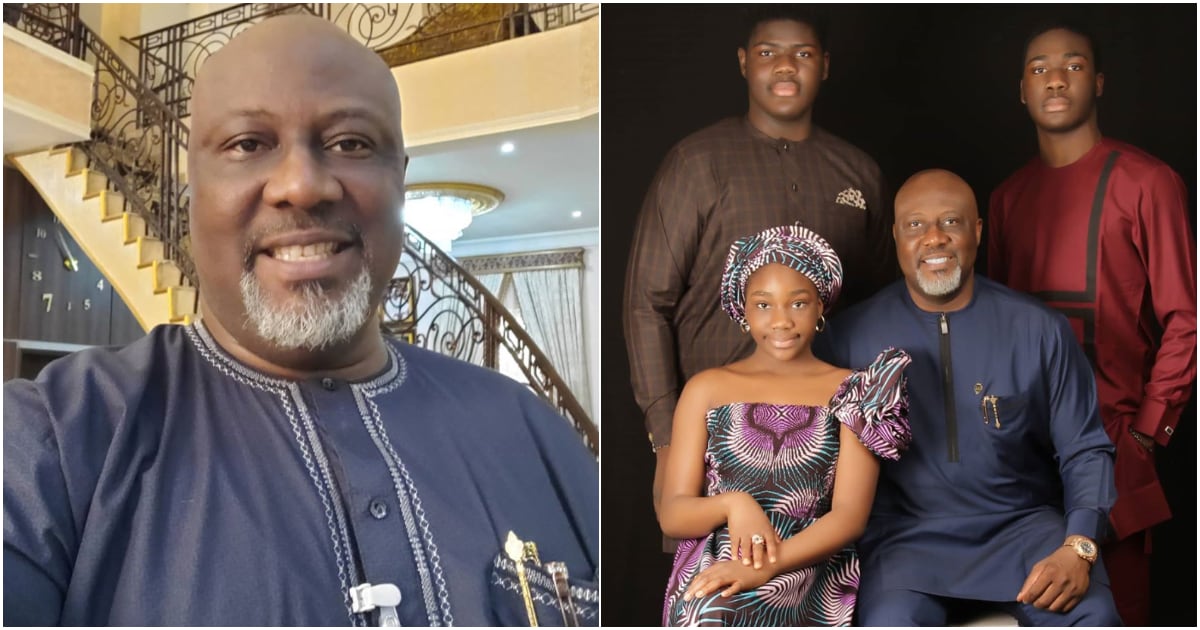 The photo showed the politician with his two sons and a daughter. The family was all donned in native outfits. While Melaye and his only daughter sat beside each other in the photo, his two sons posed behind him.

“The Melaye’s,” the politician wrote in the caption of the photo. 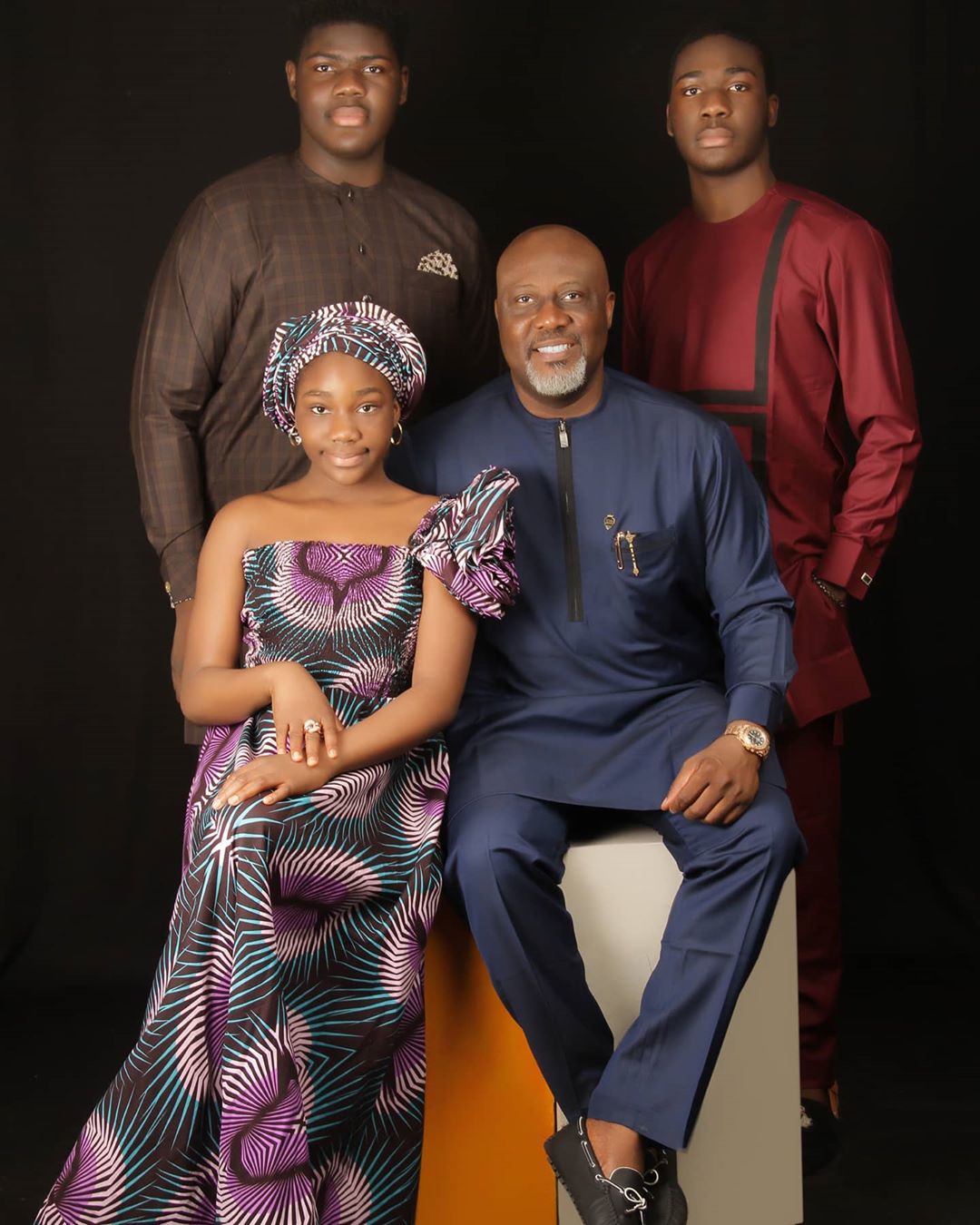 In other news, earlier reported that Nigerians reacted to Dino Melaye’s photo with Hushpuppi trending on social media.

The politician trended after a photo of him with alleged fraudster Huhpuppi was spotted online. Dino was alleged to have said that the company a person keeps is not a reflection of who they are.

In the photo shared, the Kogi state born politician shared a smile with Hushpuppi as they stood side by side for the camera. Meanwhile, photos of both men together have been seen a number of times on the internet.

In a swift reaction to the trending photo and the caption attached to it, the former legislator reached out to Legit saying the Twitter handle being quoted is not his.

The former senator noted that his Twitter handle is Senator Dino Melaye @dino_melaye and not Dino Melaye @DinoMelaye. But that did not stop Nigerians from reacting to it as they took to the comment section to air their opinions.