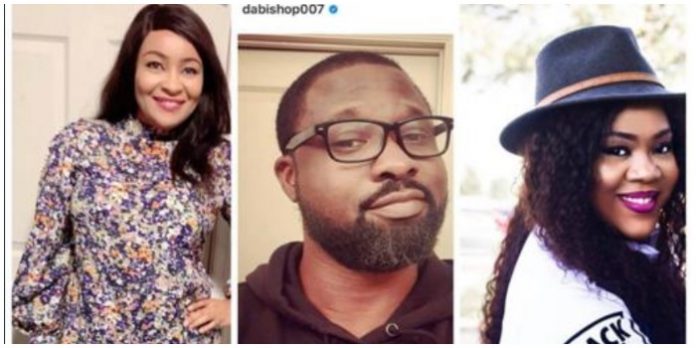 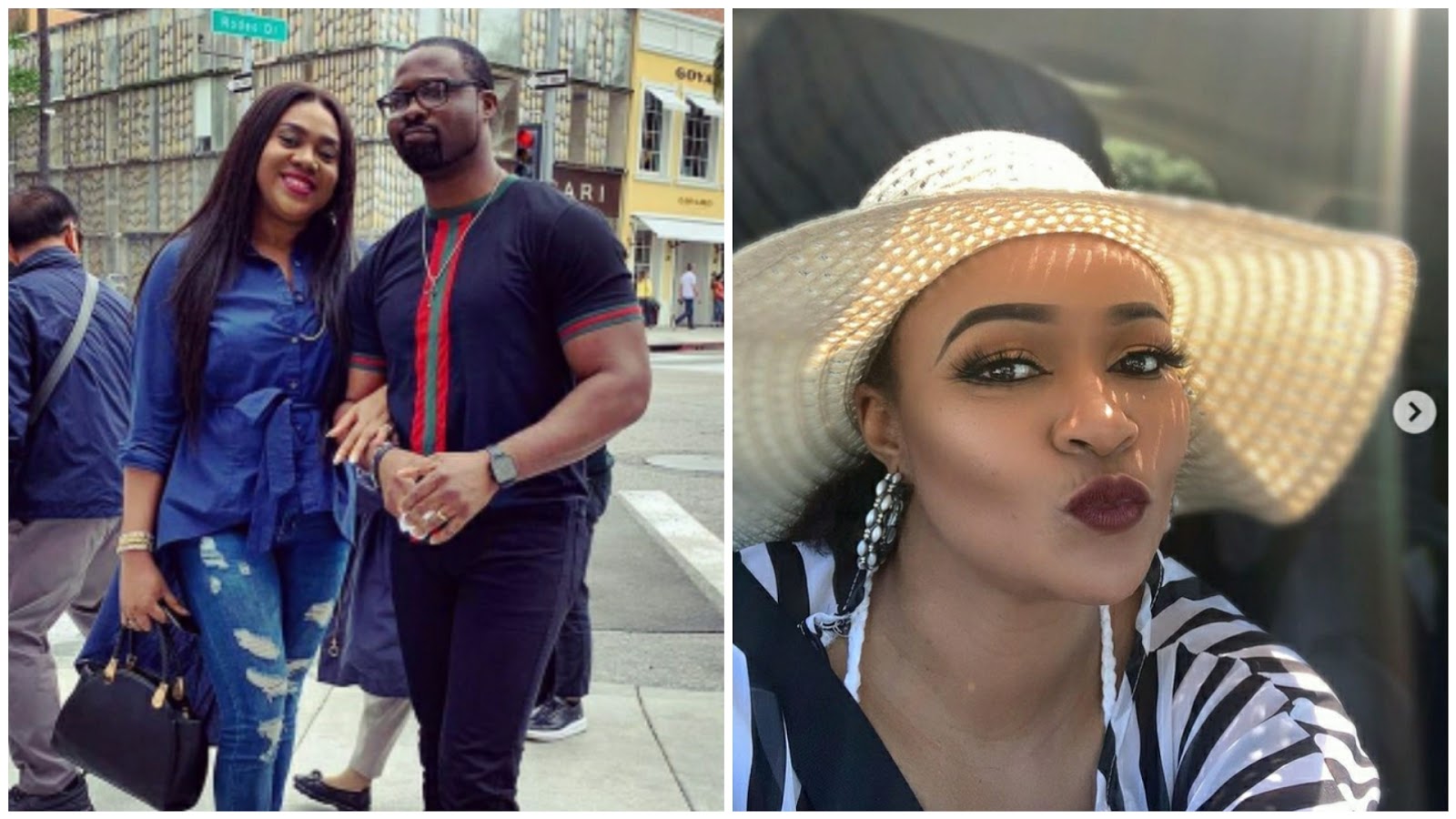 Recall years back, it was rumoured that Stella Damasus used charms to snatch Daniel from actress Doris Simeon. Stella and Daniel later married and travelled to the United States of America (US). They still live in the US.

Recall also that Doris Simeon and Stella Damasus have been at logger heads when the former’s marriage hit the rock and her son was taken away from her. The duo at in different interviews hinted on an unending rivalry.

A report by Stella Dimoko Korkus, claimed that Stella Damasus had split with her husband over reasons yet to be known. The reports claimed the duo are living separately in the United States and are not in any way coming back together. It was also reported that efforts by their relatives and pastors to make them reconcile have been proven abortive.

It seems the union between Nollywood actress, Stella Damascus, and her movie producer husband, Daniel Ademinokan, has allegedly hit the rocks. According to a report by blogger Stella Dimoko Korkus, the couple no longer live together as they stay in different cities in the US where they are based.

Recall that during the early stages of the coronavirus pandemic, Stella Damascus said that she was stuck at home with her husband praying over the situation.

However, this has been pointed out to be a lie by an insider who revealed that Daniel had left their matrimonial home in Dallas with his son and had been living in Houston since early 2020.

He also said that the marriage crashed due to irreconcilable differences. All efforts by pastors and church friends to save the marriage proved abortive because one party believes the marriage is over.

Stella Damasus is still active on social media while Daniel hasn’t been making posts of late. Daniel was formerly married to actress Doris Simeone, a marriage that produced a son.

According to a popular blog on Instagram, Gistlover, it revealed that Stella Damasus was caught cheating by her husband. According to the blog, Daniel and Stella have quietly separated from each other. 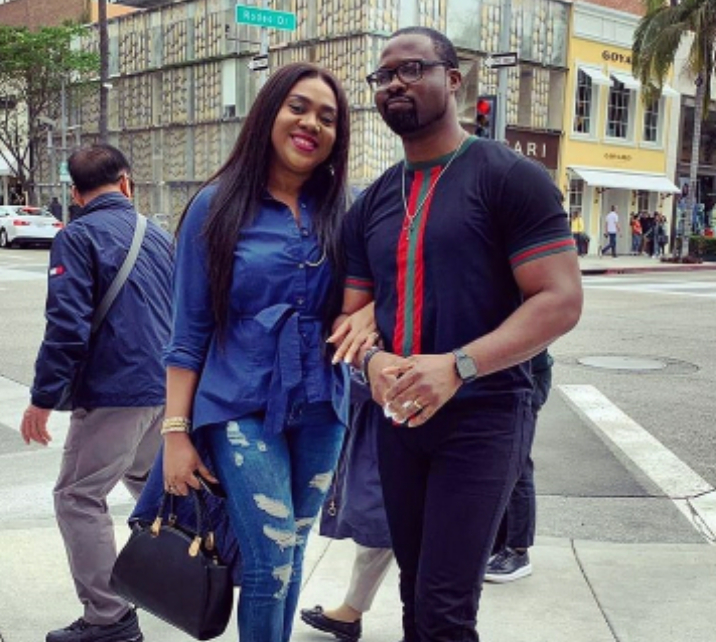 “Hello Tueh Tueh, so it’s official that Mr and Mrs Bishop yaf scatter it for themselves. According to our trusted source, Uncle caught Aunty Stella Damascus cheating and they couldn’t even voice out due to shame. They had to go their separate ways silently. Uncle no longer tags Aunty Damascus again and things have really gone sour. They want it low key out of shame from the general public, because the relationship was built on a lot of faulty foundation sef. Karma came that fast? When this Damascus snatched Doris husband and even made the Man take Doris son with him. We thought God was sleeping when be say Baba God nor sleep, now he don happen they don’t anchor their shows together again, Eyah,God no go shame us. Igi ewedu oni wopawa o,I come in peace.”

Taking to comment section, Nigerians trolled Stella Damasus by claiming Karma has come knocking at her door. Many went as far as blaming her for Doris’ failed marriage. All sorts of insults were hurled at her for her alleged failed marriage once again. 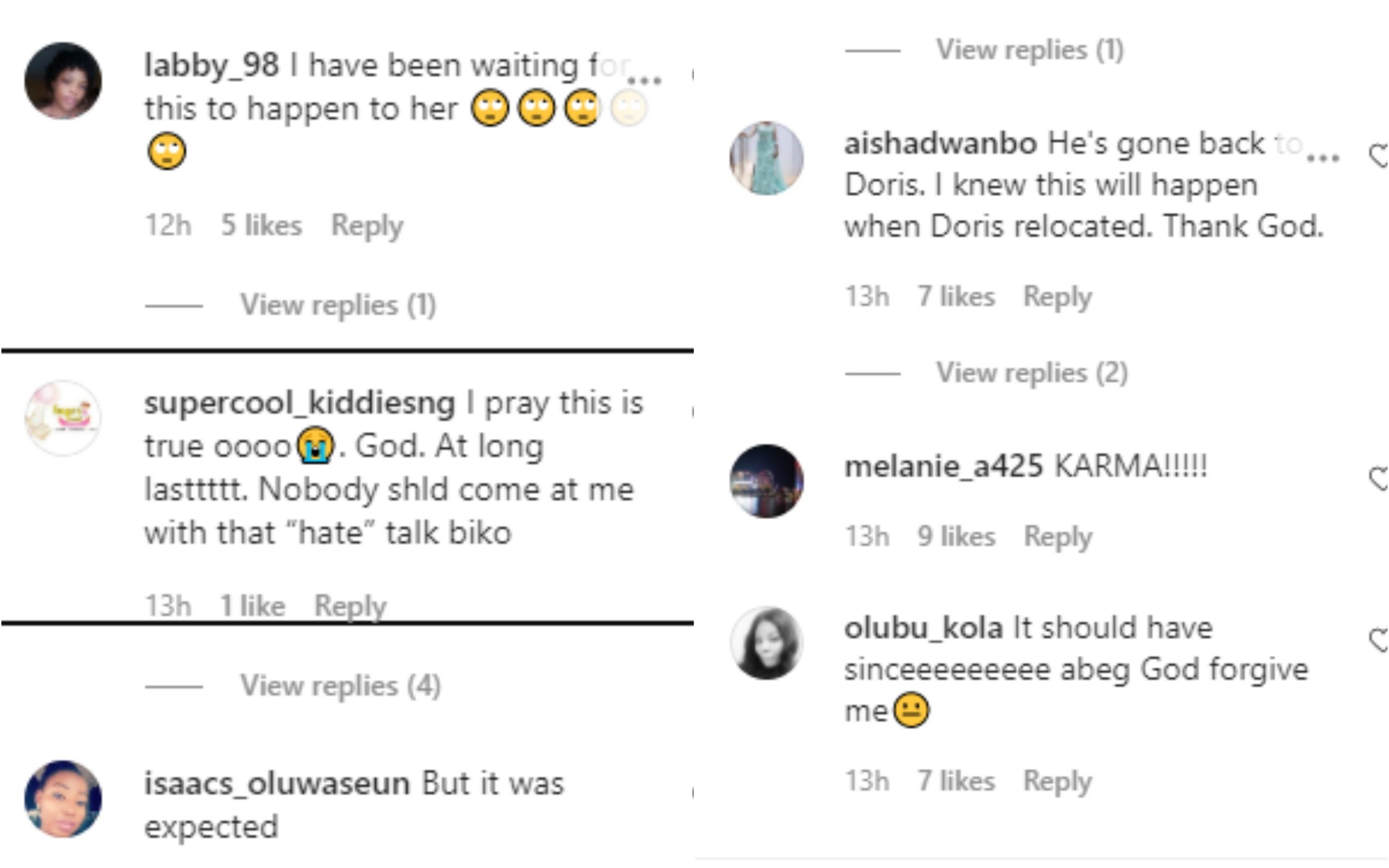 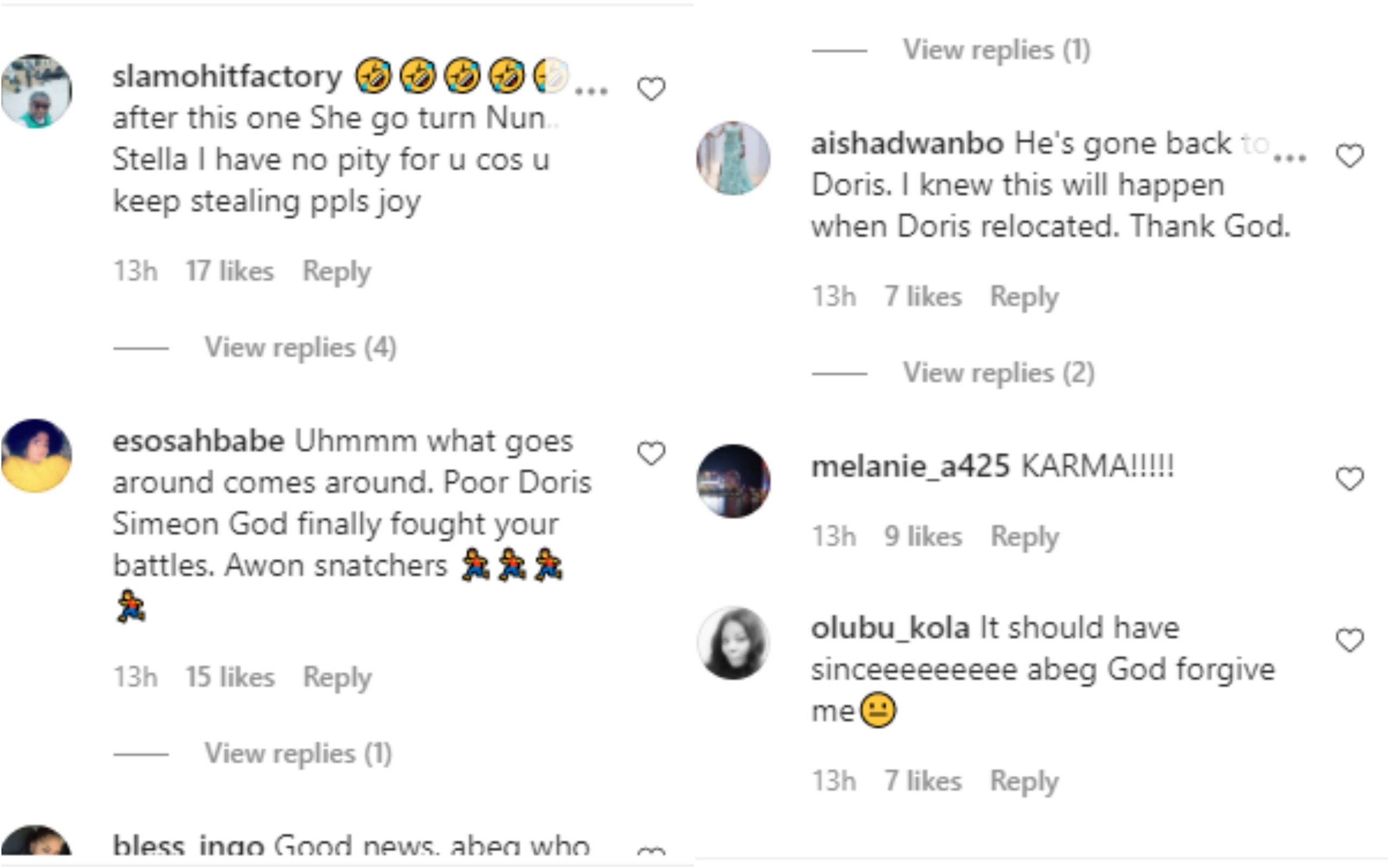 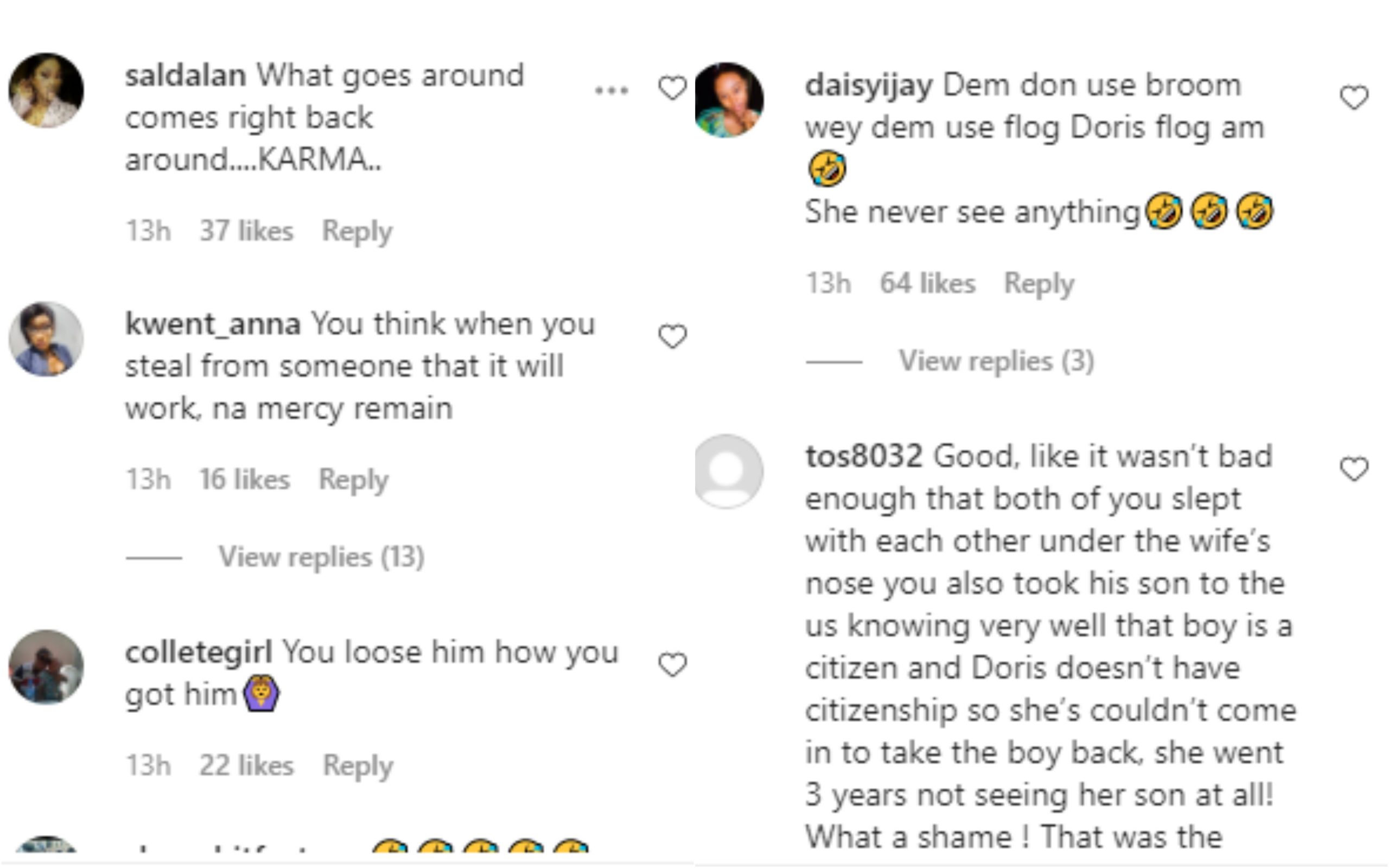