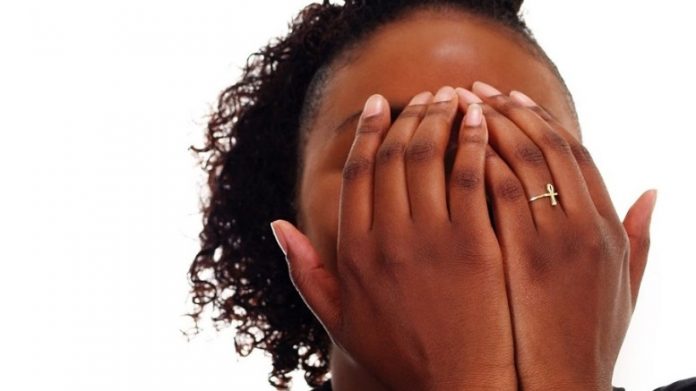 A side chic, identified as Mimi has been blasted on social media after she shared a screenshot of the message she claimed to have received from her sugar daddy’s wife.

Sharing the message, Mimi said the wife introduced herself to her and explained that she wasn’t trying to start a fight. 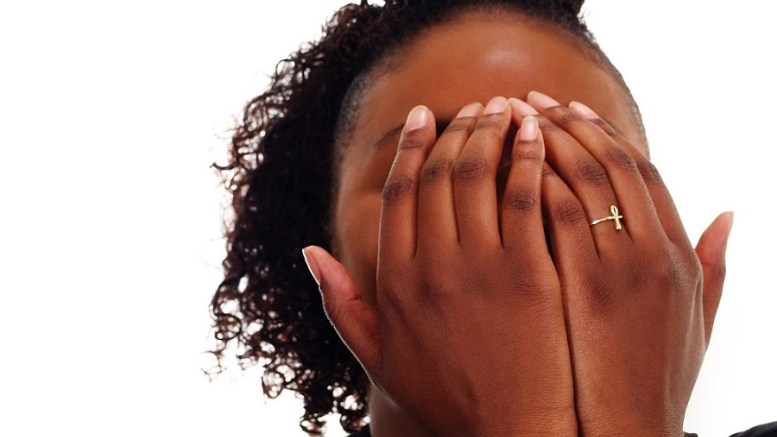 The wife then went on to beg her to talk to her husband to release money for the kids’ school fees and groceries, adding that it “is coming from a heartbroken mum. I know you not heartless.”

Twitter users called out the side chic and the husband, whose name was given as Mike. However, some defended the side chic and said she may not know he has a wife and children. Others told her that if she didn’t know he was married, now will be a good time to leave him so he can focus on his family.

Some asked the side chic if she passed the wife’s message across. She said she did but Mike read without replying her.

“I was blue ticked,” she replied.

Below are a few reactions; 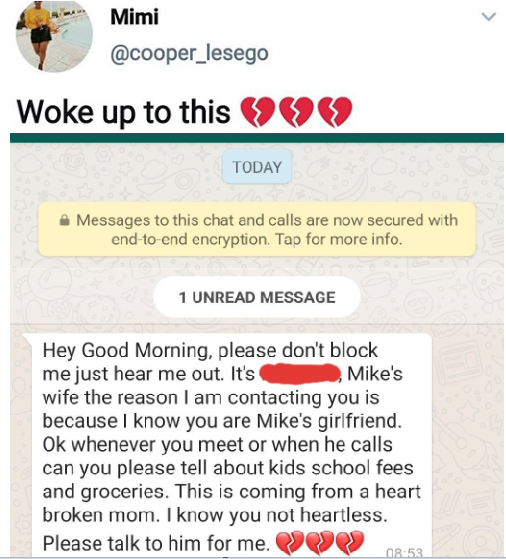 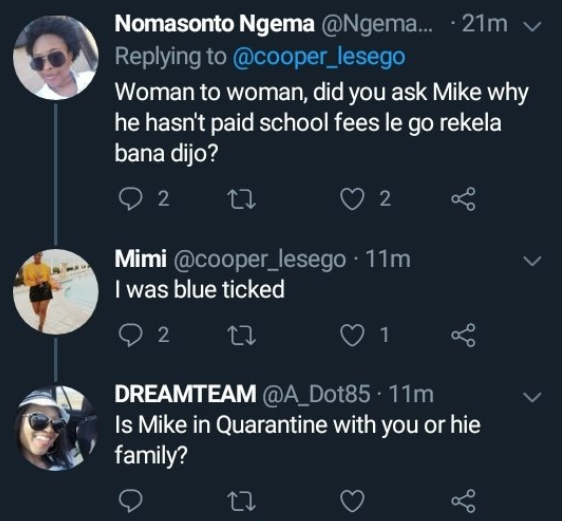 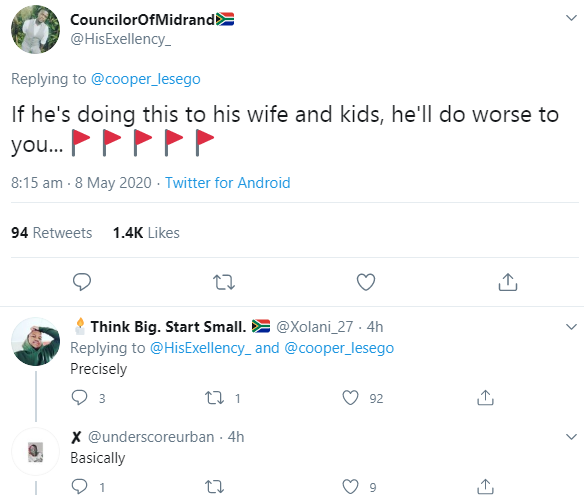 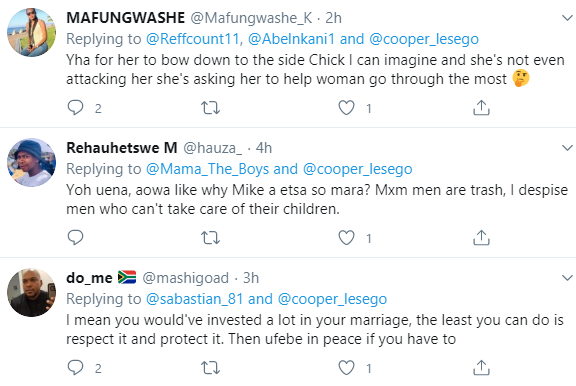 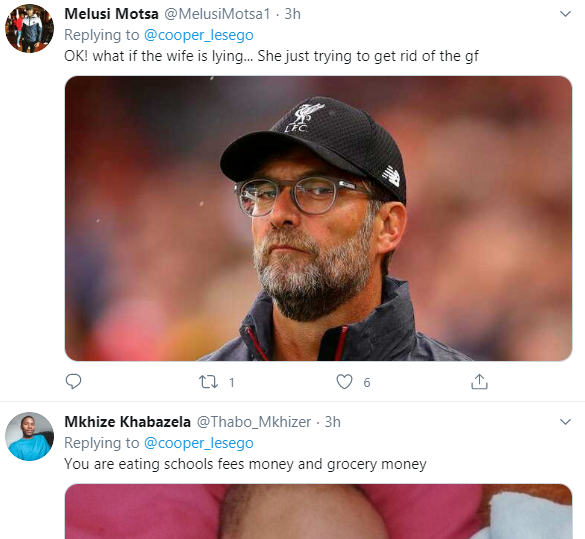 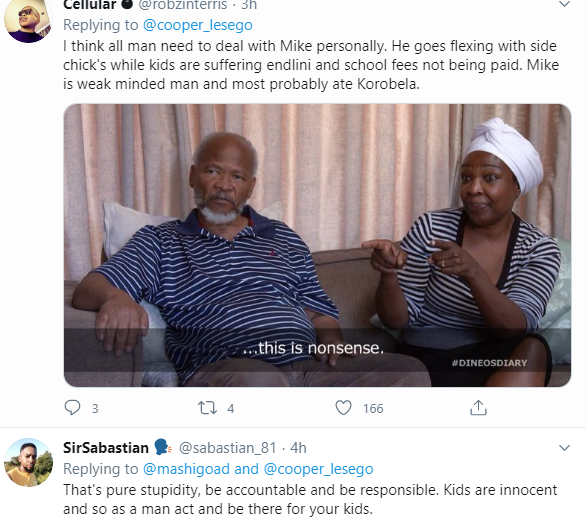 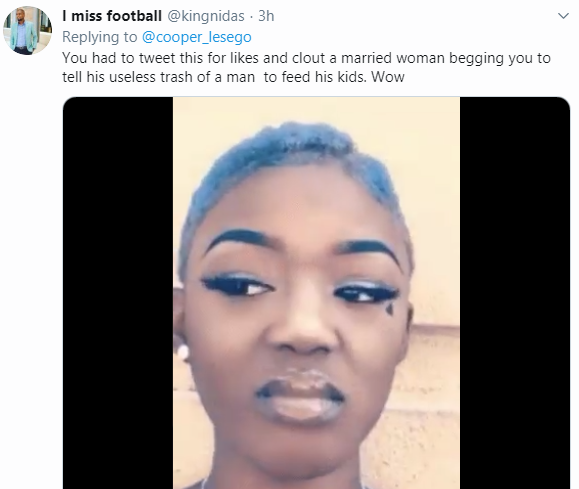