Home General News Reactions as Lady wears a Groundnut dress and cap On Her Traditional... 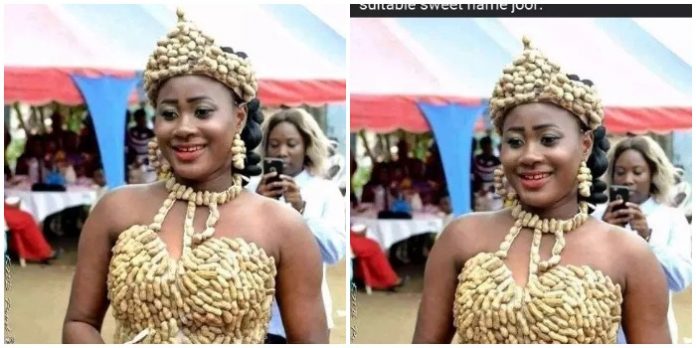 Social media on fire as the picture of a girl who wore groundnuts on her traditional wedding surfaced online, this post has captured the attention of many people everyone is reacting to the post on Facebook. 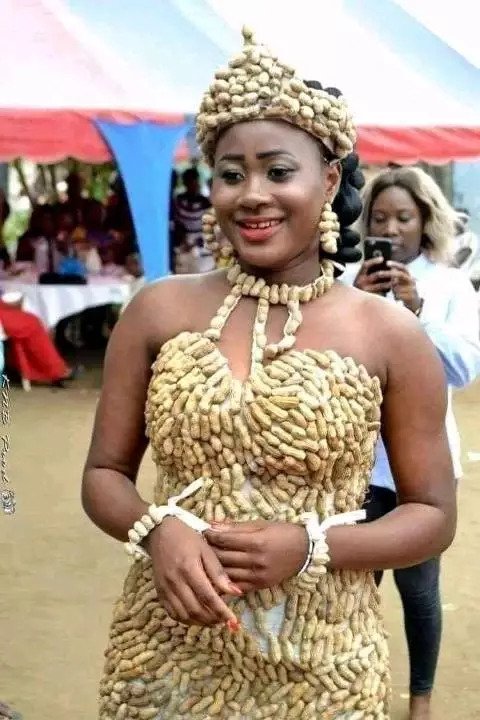 The post above was shared by a Facebook user called Atasie Wisdom in a Facebook page ‘Igbo rant (By Wisdom Atasie) . his post has aroused many attention on Facebook because people are just surprised because they haven’t see this kind of attire before. 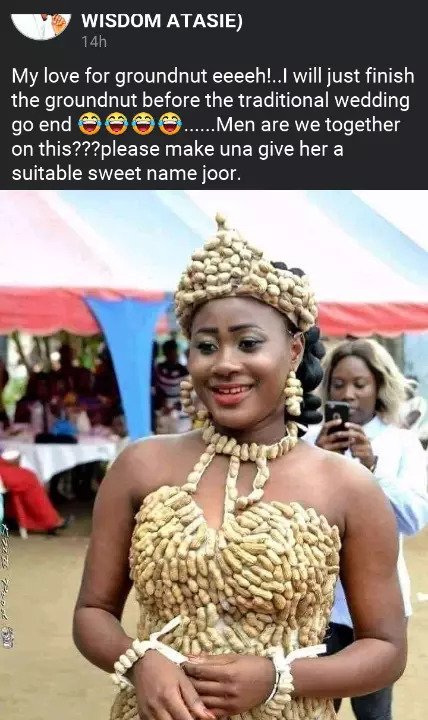 Judging from the picture, the girl is putting on a groundnut attire on her traditional wedding, and the has captured the attention of many people, some said the designer is very talented why others said they can never wear such a crazy outfits.

Ladies can you wear this on your traditional wedding?