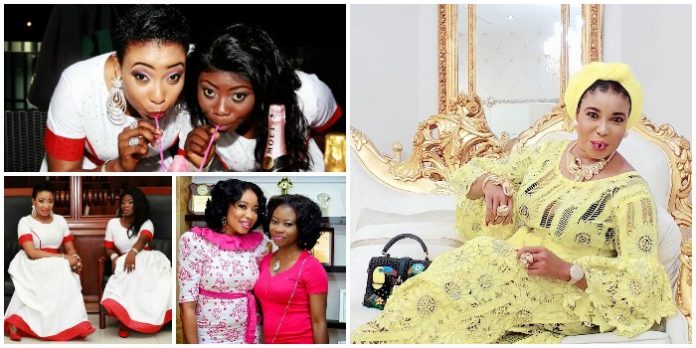 We all know that Lizzy Anjorin is a Nollywood actress, producer and enterpriser. Elizabeth was born in Lagos, on the 4th of April. But few people knew what struggles she had to face and make through before becoming so famous and rich. Having shared her real story of life, Lizzy gave a lot of people, who are experiencing troubles, hope, inspiration and mental strength to defeat them. And also she showed that every struggle is temporary and able to be overcome.

Lizzy had humble beginnings. She admits that initially she wasn’t born as a poor child in a dysfunctional family. But life set its own rules, and everything went down for Lizzy’s family. Her parents had to work very hard on 20-hours shifts, having no sleep. And it all was to live a hand-to-mouth existence.

When she became a little bit older, Lizzy wanted to help her family and tried to find a job as a domestic assistant in the houses of wealthy families. And even this idea did not turn out well, as some of the families said she was not fit and good enough to work for them. And the family, that approved her for housemaid’s work, in the long run, mistreated her and accused her of stealing money.

Unfortunately, father of Lizzy’s child passed away a few months after her birth. And his family refuse to accept Liz and her baby as a part of it. Mainly, because of the older son, the brother of Lizzy’s boyfriend. He did not want Lizzy to be with them, because he thought she was no match for them, this poor and hopeless girl. He even claimed that he could not understand what his brother saw in her, and he was totally against their being a couple.

Luckily, a beam of hope and light came into Lizzy’s life, when her mother-in-law decided to take care of her and support her in her desperate times. She took Lizzy to join her to Jos, where she provided her with new clothes and work. After she gave birth to her daughter, more struggles came into Lizzy’s life. And as the actress states, only thoughts about her mother helped her to figure out what to do next in life and how to make through it all. And, as soon as her baby turned two, she went back to Lagos, having left the kid to be brought up by her mother-in-law.

When Lizzy came to Lagos, she started working in the church, doing a thankless job. She was beaten, mistreated and even accused of being a witch because of her unnaturally light complexion. Later she started working as a receptionist and began school at federal Poly Ilaro. To stay at school and pay all the fees, she had to sell textbooks.

Also, Lizzy tried to enter the university to obtain higher education, but even this was not crowned with success. Firstly, she wanted to get a degree in Law at Adekunle Ajasin University, but she lost her chance to study there, even though she successfully passed the Joint Admission and Matriculation Board entrance examination. But, eventually, Lizzy received an admission letter from the University of Ogun State, joining the program of Transport Planning and Management.

As we already know, Lizzy gave birth to her child when she was quite young. This baby was another great secret of the actress. She revealed her daughter to the publicity when she was already nine years old, in 2011 Her name is Rotimi. Lizzy Anjorin, explaining her decisions, says that she wanted to keep her daughter form so-called “star dizziness” because of her mother being famous.

Today, Lizzy is a living example of human strength. She became a wonderful actress, loving mother and a strong personality indeed. For the present day, Lizzy has already produced six films. But first of all, she is an award-winning actress. Lizzy Anjorin movies, in which she has starred, are: 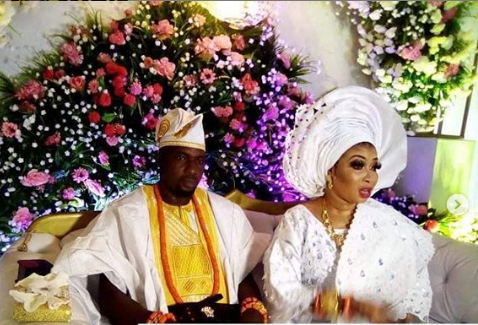 Speaking to Punch, actress Liz Anjorin said “I am happy because I’m with my best friend. I don’t even feel as if I just got married. I feel that I signed a life contract with my best friend. He is my helper. He didn’t allow me take poison 14 years ago and he stopped me from committing suicide. I’m glad it turned out well between us because he is behind my success story. People mocked him but he stood by me through thick and thin. A lot of people didn’t see my wedding coming but it’s better to leave people guessing about one. 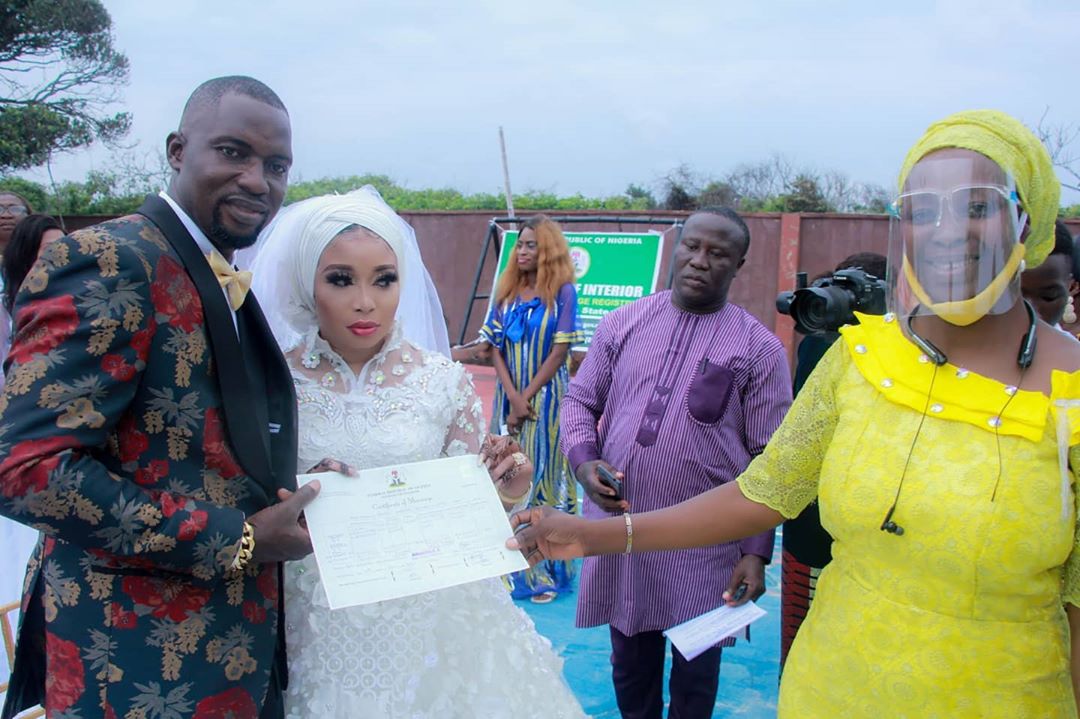 ‘’We had a quiet wedding because of COVID-19. The Alaafin of Oyo, Oba Lamidi Adeyemi, would have been present if not for the Coronavirus pandemic. Alaafin has blessed me and my hubby. Even if there was no COVID-19, my wedding would have been in Nigeria. I’ve been with my husband for 14 years and a lot of media personalities know about our relationship. I had issues some years back and he was there for me. He was my cushion in the days of turbulence/crises. He constantly reminds me that he wants nothing from me but my success. 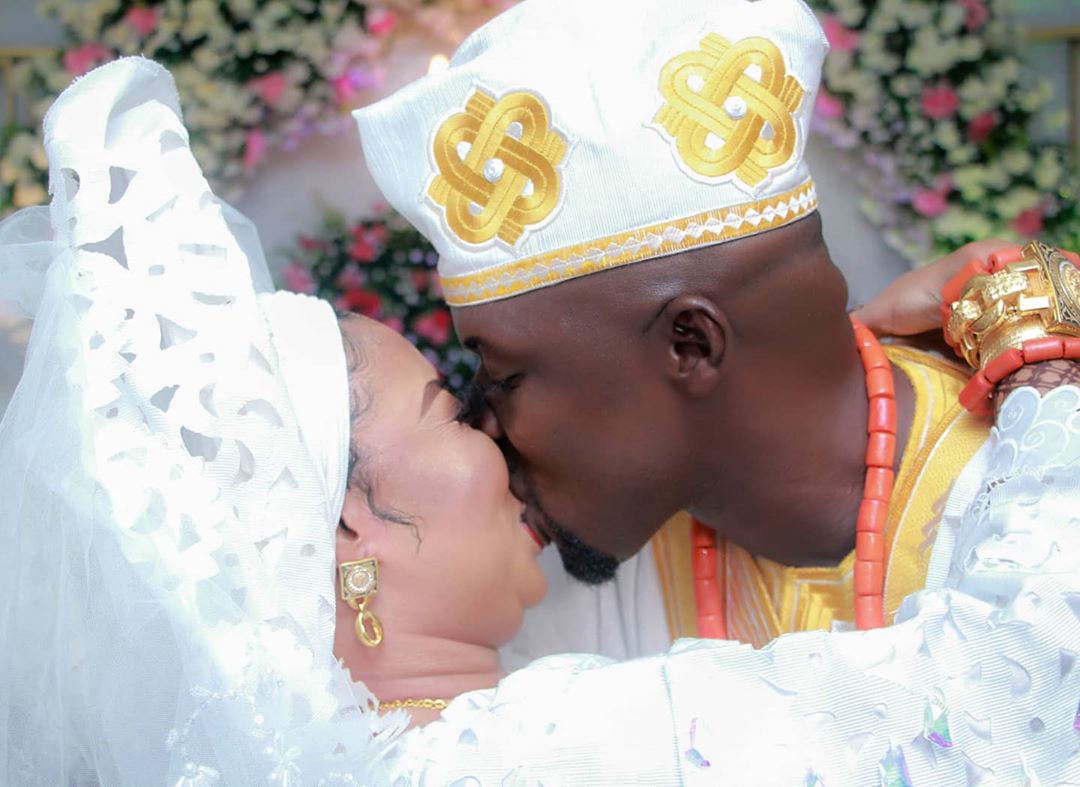 “Some people mix my personality up but there’s a difference between my business and personal life. When it comes to my personal life, I always make it private.  People think that I shout and show off but I don’t do that. I just do my business. I have a daughter but I don’t display her on social media. I also noticed that people mock me a lot but I always want to show them that God lives.”

Praising his new wife, Alhaji Lateef Adegboyega Lawal said: “She’s very respectful, pleasant and a good cook. I don’t want to boast so much about her virtues so people wouldn’t take her away from me. I would also score her 100 per cent on her level of perseverance and endurance.’’ 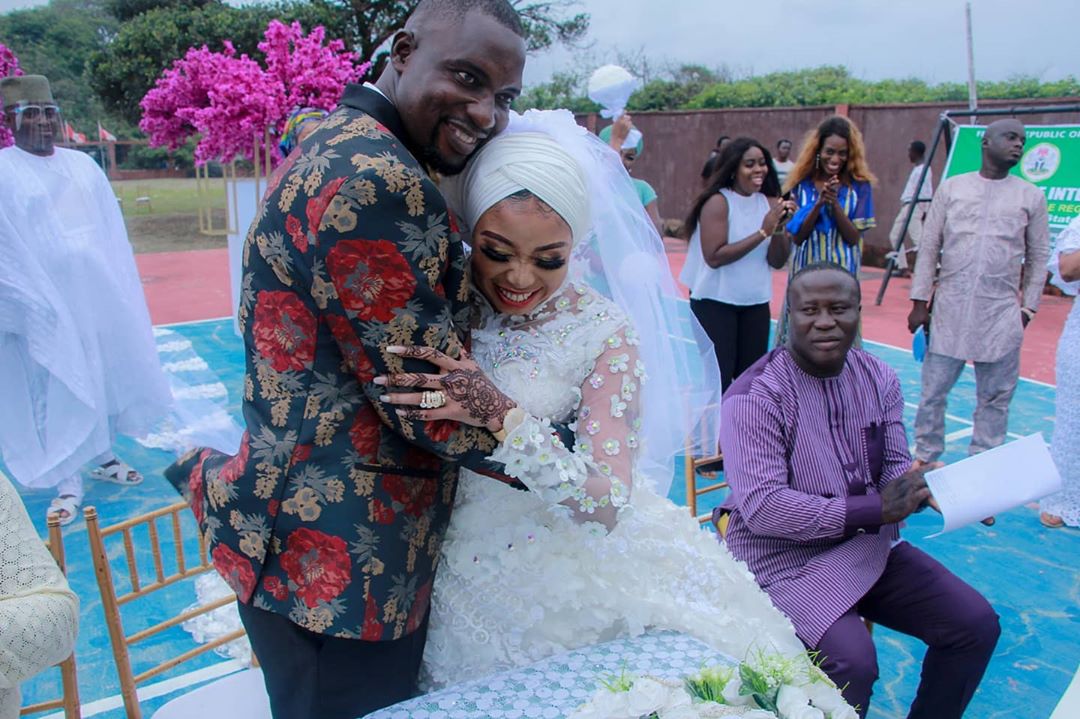 Speaking on why it took 14 years to marry him, Anjorin said, “It took us this long because I had told my late mother that I wanted to make some money first because I didn’t have what it took to become a wife. My husband respected my opinion and told me that he would always be there for me. Now I’m his legal wife. We have done all that is necessary. If my mother were alive, she would have been the happiest person on earth because my husband is her godson. He was the only man she endorsed.’’

According to Lizzy Anjorin, he once gave her his car to save her from public shame while he rode on bikes.

Read her tribute to her husband below:

Even if I become richest lady in the world, I think I need to give glory back to a selfless man that stood with 100% loyalty or any element of betrayal.
.
The car you gave me money to buy was stolen by a man I chose over you, but you never bothered. 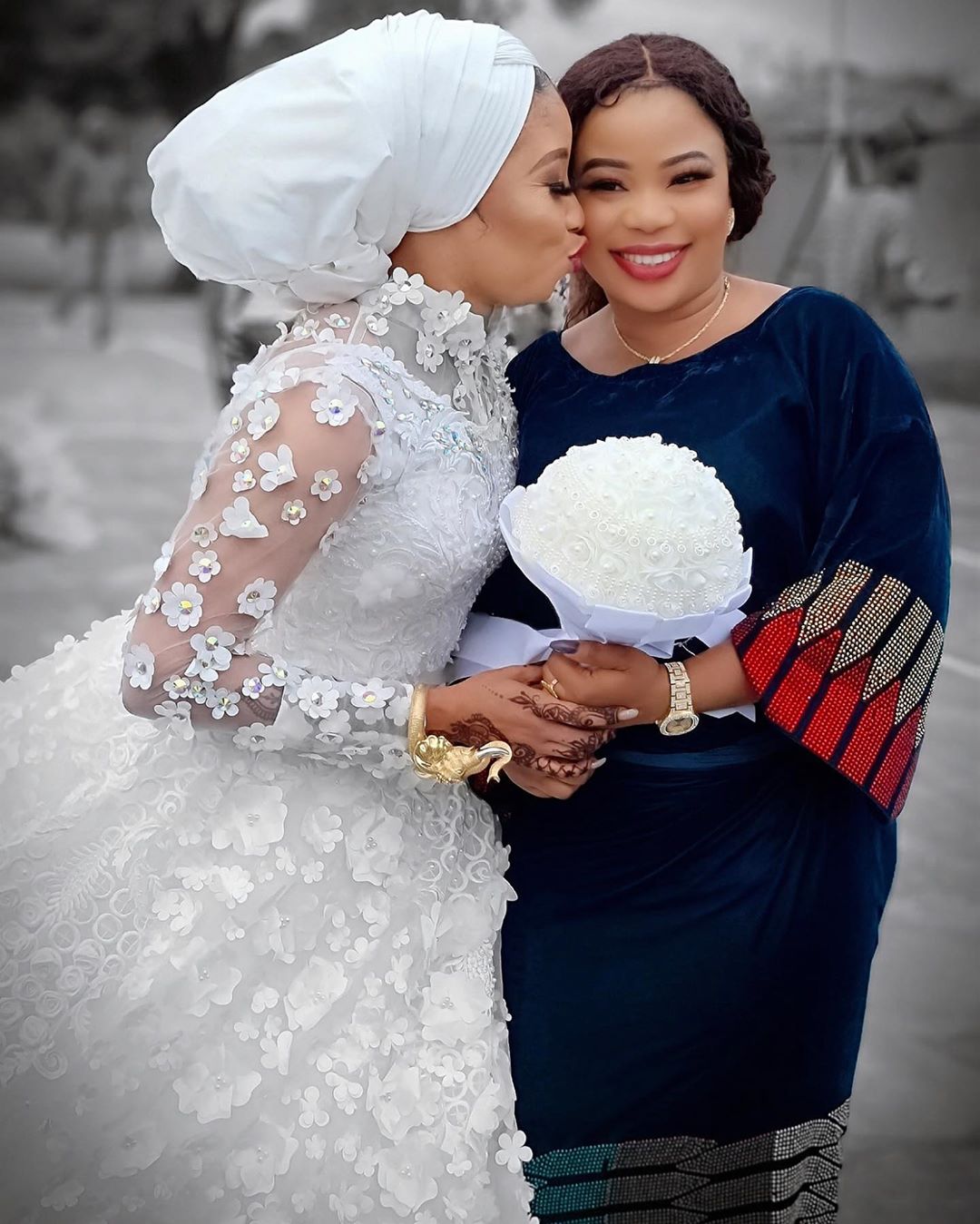 You gave me your own personal car just to cover my shame in public, you were taking bike around Lagos, you had accident on bike you refuse to tell me just for me to keep the car.

Just one day, you bought me a car and an apartment just for me to rise again when I thought it was over in Lagos.
I was about carrying my shame back to ijebu-ode where I schooled,
You said, Liz! Eko yi lo ti ma sorire.
I am ready to sell my kidney to make you become somebody in life.
.
I wasnt this brave then. You once told me that suicide was not an option. I should stand on my feet to make it in life, that is only return you need from me. 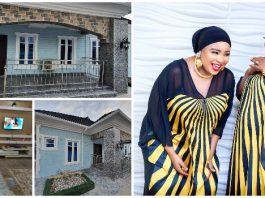 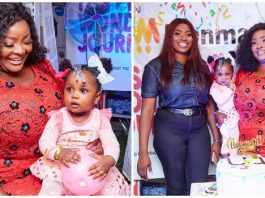 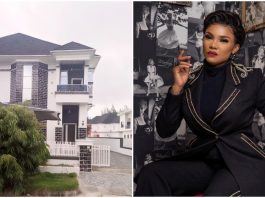