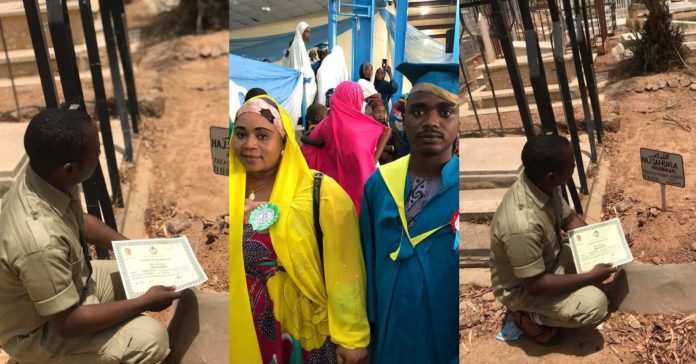 A Kano state Polytechnic graduate identified as Isah Salisu Alhassan, melted hearts and gave people reasons to appreciate their loved one after he shared a touching photo of himself at his late mother’s grave.

Alhassan who was amongst the corp members to recently pass out from the mandatory one-year NYSC program, shared emotional photos of himself presenting his certificate of discharge to his late mum at her grave. 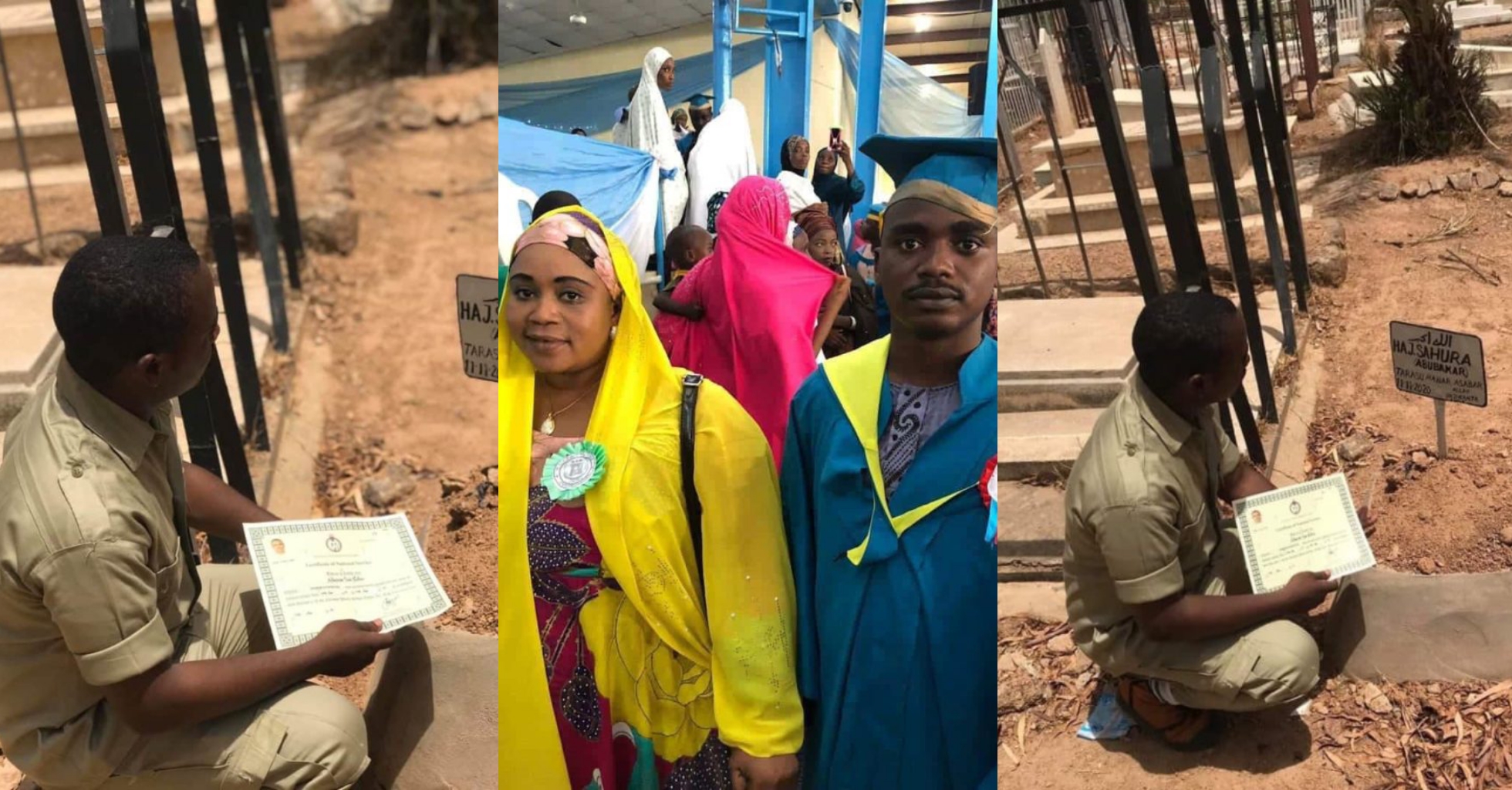 He shared the photos in a closed Facebook group and recounted how she used to make him attend school with hopes that he would be successful some day.

“Kano 19 B1 Corper RIP Mother. In 2008 while she was chasing me to school she used to say go to school and study may be time you will succeed. It’s only my bones in the grave and she died in January 2020 five month to finish my nysc. While everyone take their certificate home and present it to his mom I took mine to the cemetry and presented it at my mother’s grave. Allah kajikan iyayen Mu.” 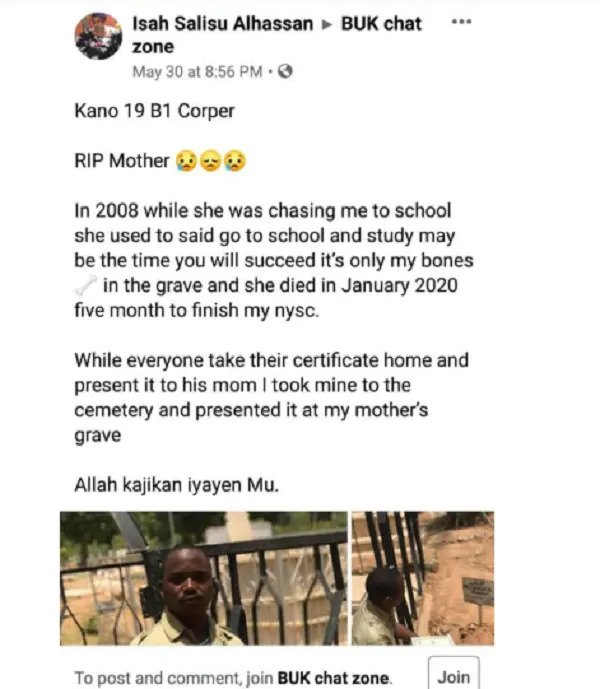 Also, Facebook user, Igharu Oghenetega Prince, is one lucky young man who is a living testimony of the goodness of his mother. Prince who is currently undergoing the compulsory one year National Youth Service Corps, paid a visit to his mum in the market where she sells eggs.

Sharing several photos with her, he openly appreciated her for putting him through school from the proceeds she gets from selling eggs. He stated proudly that he is not ashamed of his mother and prayed for God to keep her for him. Meanwhile, a corps member in Benue state, Iyanuoluwa Moyinoluwa, restored the hope a number of people have in the National Youth Service Corps (NYSC) program. 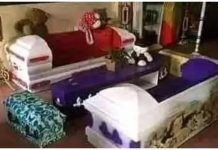 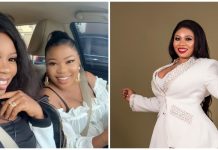