Home Celebrity/Entertainment Laide Bakare speaks on Marriage Crash, why she will choose her Career... 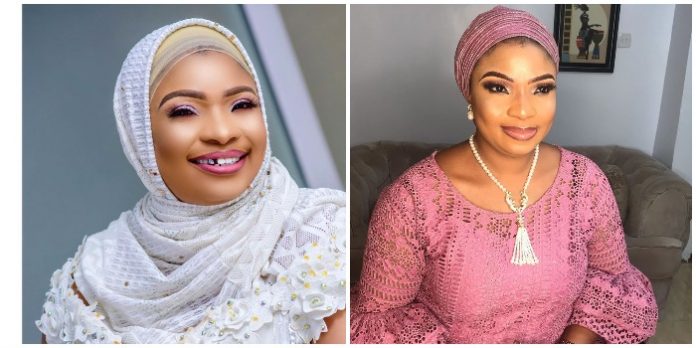 Nollywood actress, Laide Bakare is a cat with nine lives. Despite the crash of her marriage a few years ago, she bounced back big time, married another man, and has since been waxing stronger in the industry.

In this exclusive interview, the mother of three opened up on her career, achievements, regrets and marital experiences among other issues. Enjoy it.

How have you been coping since the coming of COVID-19 pandemic?

I have no choice than to stay safe. At first, for me, it started with relaxing often and often, and when it became stretchy, I became worrisome, but thank God we are still staying safe and trying as much as possible to adhere to all instructions.

Tell us one thing you have not been doing but started doing because of the lockdown?

Has COVID-19 denied you of anything?

It has given me so much opportunity to look inward, in terms of reflecting on the pressure, and looking forward to the future. Maybe sometimes I am too truthful, living the way I do just to make sure I work smart in case of any such occurrences. That’s why I hardly do fashion; I dont go out, I dont do club, I dont mingle, I dont party, I am just so much plain. I just kept on working and working, but with the lockdown, the only thing I could do, though I have done enough of that, is to look inward because it makes me realize who I am and the potential I have never utilised in me. This is the time of recuperating.

Would you say COVID-19 has denied you a job or something that you couldnt meet up?

Yes, I was supposed to unveil my new business on April 5, but we had to cancel it. All arrangements had been made and we were looking forward to it before the lockdown. I feel everything is for a purpose, anyway. Maybe it wasnt the right time to do it; maybe the future holds much better plans, because I had planned the event for a very long time. But due to the lockdown, it was postponed. I was really planning that immediately after (the event) I would travel to America to do one or two things, and be there for a week or two, but everything has been put on hold.

Is there any project you are working on right now?

Yes, my new business, Streamline Film Academy, which I told you earlier we were about launching. We are about opening for registration and admitting students. We are about starting the academic session, then (unveil) my Foundation, SWAG, and my travel agency. All those were things I was working on but had to put on hold because of the Coronavirus outbreak.

You’ve been missing on the red carpet lately, what happened?

Yes, its because I was out of the country for some time. I practically lived abroad, in New York, USA precisely. Upon my arrival, I just felt what’s the point? Now, I am back after having the citizenship of United States. I was there for almost five or six years and was practically not working. So, upon my arrival, I thought there is much to catch up with, and I didnt think I could do that by attending different kinds of events, and being on red carpet.

Since you came back, have you done any movie?

Yes, I have done quite a number of movies and I have produced some myself. Immediately I came back, I shot Yeye Osha, Omoyele, Karishika and Modi Necko. Out of these, two have been released and two are yet to be released.

How do you combine marriage with career and motherhood?

I wouldnt say it’s hard or easy. No one is going to take up your responsibility for you. You just have to be the woman that you are meant to be. Whichever way, its God’s way of taking me through everything.

Is your husband not afraid that someone might snatch you from him when you’re on location?

Whether you are an actress or not, even the ugly ones, people get admirers. It’s a general thing. It doesnt have anything to do with your work, it depends on who you are, how disciplined you are. It’s all about discipline, and everybody in your life should understand your person and be free.

If your husband asks you to quit acting, what would you do?

I dont think any reasonable man would want his wife to quit her career. Definitely no, I wont adhere to that.

So, you are saying if your husband asks you to choose between him and your career, you won’t hesitate to make a choice?

I will choose my career.

Why would you make such a choice?

It’s because I have worked for it. I have been making money before and after, through my job.

I have other side businesses but the mother of them all is movie-making. So, any other thing that comes out of it is just secondary. I wouldn’t jeopardize what made me, because I have been Laide Bakare since age 16. So, I don’t think it is something I would want to drop.

How do you safeguard your marriage from crashing?

It’s God, the fact that it has not happened doesn’t mean it will not happen. It may happen to me tomorrow. For me, I feel so calm and easy, believing that whatever God wants in one’s life shall happen. What if it has been destined to happen in one’s life?

What attracted you to your man?

What misconception do people have about you? And how did you overcome it?

Most of the time I dont read about myself. So, I dont really know the misconception people have about me. I live a public life, so anybody can have any kind of impression about me, and it doesnt define who I am. I see it as part of the job. A lot of people will have bad or good impression about me, so it’s left for them to decide what to hold on to. It’s not about me and it doesn’t matter. Nothing that has been said about me has actually got to me. Most of the time, I am preoccupied with other things, living my life. So, anything about me out there, either positive or negative, I really don’t care.

What is your greatest regret?

It’s not a regret, it’s just a little concern when people try to define you without even knowing the real you. What you have in mind is not the impression out there. People don’t see you the way you are, so it’s not just really what I want for myself. Everything is moving and with time you get better.

What is your greatest achievement in the industry?

A lot, because I started off when I was 16 years old and that’s what I have been doing. So, I owe to the industry everything I have achieved in my life, I mean everything.

What kind of advice will you give to a female artist?

It’s to be themselves and never try to be the good girl. I tried it, I wanted to be the good girl and I deprived myself of so many things. I didn’t want to go to club and mix with lots of people, especially the opposite sex. So, for a period in my life I tried to play that part. I thought I was doing the right thing, but opportunities passed me by because I really didn’t want to do some things, because the impression might be wrong. People may say she dated this (person) before she achieved this and that. So, for me, I really deprived myself of so many things in life, because I wanted to be that good girl, and as clean as possible. I realized that you can never be, even if you are Mary, mother of Jesus, in the long run they will still talk about you. Just be you, anything that makes you happy, just do it.

Are you still getting toasters?

Yes, of course, so many.

How do you handle them?

I dont know how my phone number gets to people and they call me randomly. So, I stopped picking unknown numbers for a long time.  But I get text messages such as I like you and all of that, and I will be like I dont even know you. So, I dont pick calls I dont know. It happens a lot to women, and even if you are ugly, men will still call you.

Have you been tempted to accept one?

No, because there is no need for me. I see myself not lacking anything. I am contented. I am not anxious, I am not greedy; I am just open. So, for that, I dont think it is necessary.

What is the weirdest thing you’ve done or people have said to you about sex?

I can’t remember. I dont know. That would be on social media. Sometimes people would say I like your ass; it happens every time.

What determines your fashion sense?

I like to be as comfortable as possible no matter the weather, but occasionally, I wear short dress. 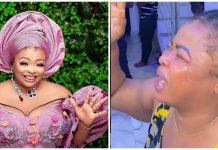 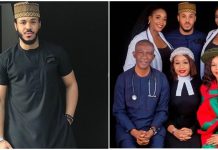 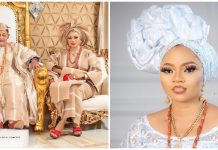 Alaafin of Oyo’s Wife, Queen Anu cries out after people said she looks like Bobrisky and Alaafin is an Old Man 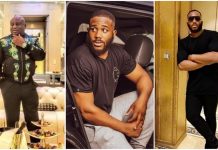 Meet the Billionare son, Kiddwaya who is one of the #BBNaija2020 Housemate (PICS) 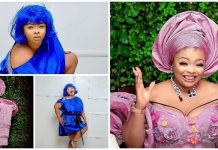 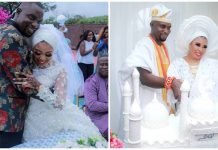