MaDailyGistGet the Latest Gist in Town
More
GOSSIPGet Daily Gist
More
Home Celebrity/Entertainment “I saw you crying yesterday and you did not sleep yesterday” –... 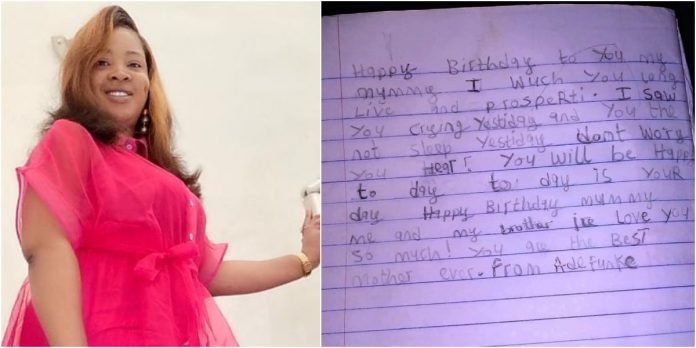 The actress clocked a new year but could not celebrate due to the present situation in the country. 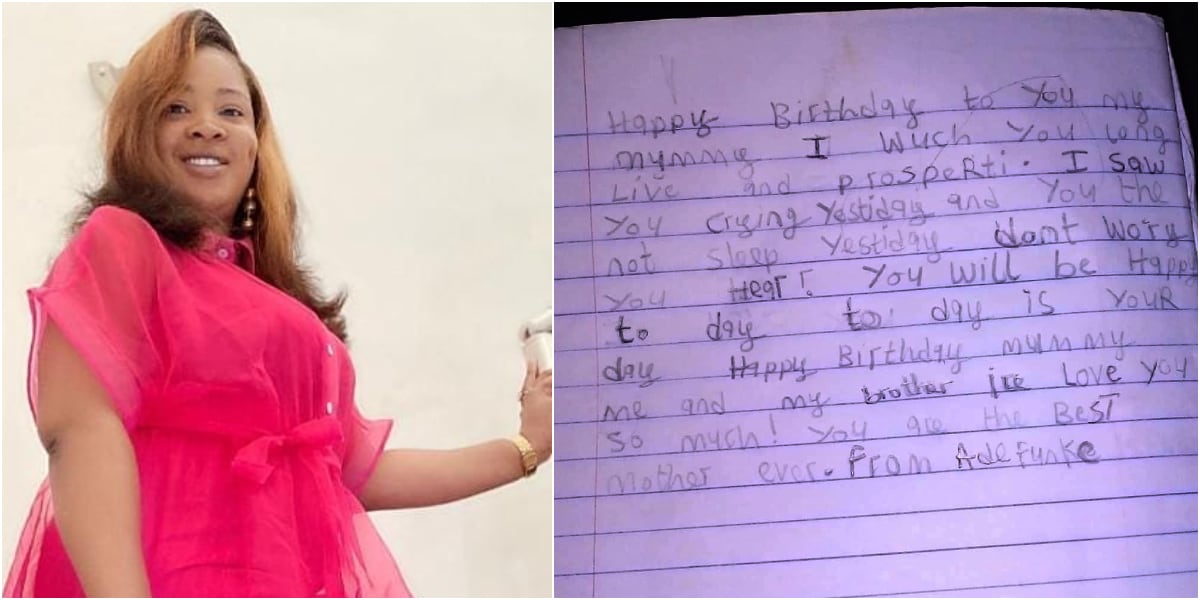 However, the actress’ daughter called Adefunke surprised the Yoruba film star by writing a sweet birthday note to her.

Bidemi shared the note on her official Instagram page, noting that it made her smile.

In the birthday note, Adefunke noted how she spotted the actress crying on Tuesday, October 20. Urging her to wipe her tears, the young girl assured her mother that she would have a cause to smile on her birthday.

Part of the note read:

“I saw you crying yesterday and you did not sleep yesterday. Don’t worry, you hear. You will be happy today. Happy birthday mummy. Me and my brother love you so much. You are the best mother ever.”

Sharing the note, Bidemi Kosoko wrote: ????? My daughter wrote these for me despite all that is happening ?? I could not even post my own pictures today my birthday .. God please heal our land ????
Thanks Adefunke mi for making me smile today ??? love you my baby .

Check out the note below: 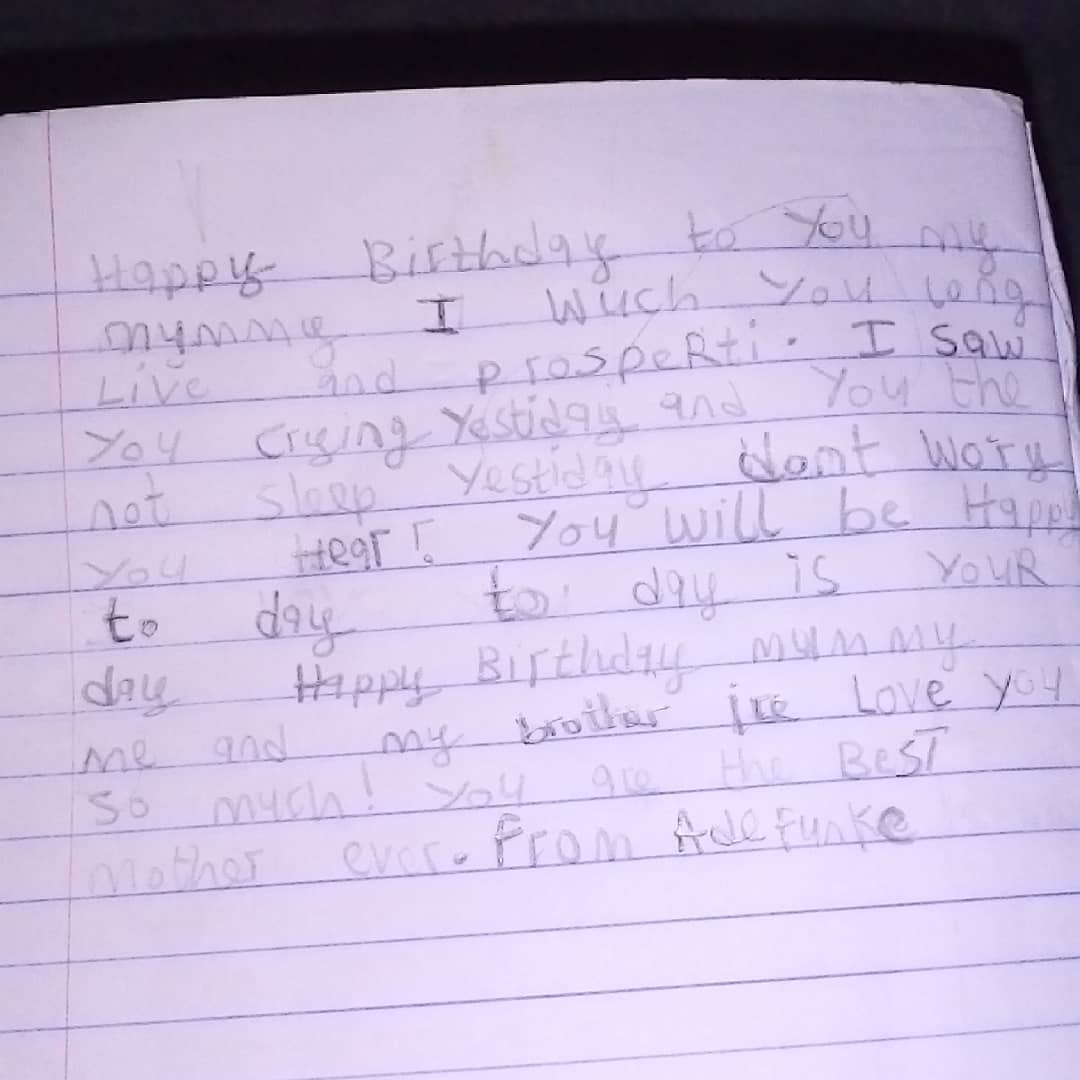 A few months ago, we reported that the Yoruba actress celebrated as her son clocked one.

A few days to his birthday, the actress had been posting lovely photos of her son on her official Instagram page while counting down to his day.

Bidemi shared beautiful photos to announce her son’s new age. The Yoruba film star also used the opportunity to publicly express her love to her son.

Describing her son as her golden child, the actress further expressed gratitude to God for being so wonderful to her family.