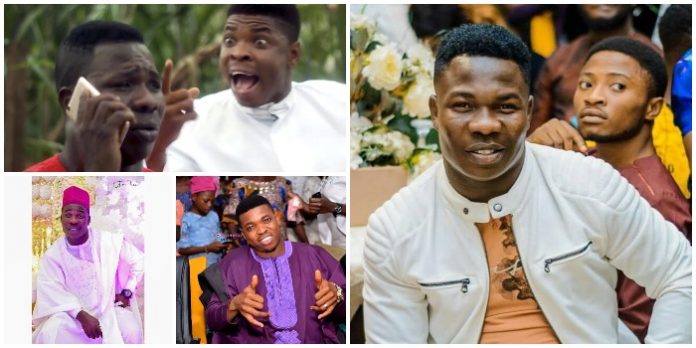 If you are on the social media, especially, on Instagram or Facebook, it is unlikely for you not to have come across comedy skits done by Ayo Ajewole popularly known as Woli Agba and his extremely funny crew. Using Instagram Parish Ministry (IPM) as the name of his White Garment Comedy Church, Woli Agba has a worthy partner in progress in one of his protégés, Olamide Oladimeji better known as Dele Omo Woli. The two of them are something else when it comes to cracking people up with their comic creativity. They are a duo whose followers can’t stop looking forward to their new skits online. But like most of their fans must be wondering, how did they meet? The answer is quite interesting.

On Tuesday, July 1st, 2020, Dele Omo Woli was a guest on a radio programme on Fresh F.M. Ibadan between 2.30 and 4 p.m. to answer to questions from popular presenter, Waheed Akintayo, also known as Ilumoka Presenter on the programme called “Gbogbo Irawo”. And during the very interesting edition of the programme on the day, several questions were fired at Dele Omo Woli including how he met Woli Agba. But the first question he was asked was where he is from as many must have taken him to be from Ibadan being where he became popular with his boss.

Hear his answer to that question: ” I am from Ijebu but I was born in Ibadan.” Dele is an Ijebu boy but Ibadan born, and expectedly, he said he went to both primary and secondary schools in same Ibadan, before going on to attend The Polytechnic, Ibadan, where he studied Business Administration at the National Diploma (ND) Level. He said he was still in the Polytechnic in 2005, that is, 15 years ago when he started playing drumset all over the place at Churches’ Praise Nights. He said at his free time, he would just be walking around to see if there would be any Church having Praise Night. And once he discovered one, he would just walk in because he was sure of playing drumset there.

Hence, it was on one of such occasions he went to a Church on Ring Road, Ibadan. And during the programme, he said a particular drama group was called on stage to perform. Do you know the drama group he was talking about? Alfa Sule Drama Group. Yes, same Alfa Sule of “That is to say wonti gan pa” fame. Interestingly, the Woli Agba you know today was a member of the Alfa Sule Group. In fact, his elder brother was said to be the Alfa Sule par se. So, after their performance, Dele Omo Woli said he walked up to one of the group members and inquired about how he could join them. He was told where to come and he went.

So, afterwards, he became one of their drummers at the events they were invited to at that time. And he would also be given some minor acting roles along the line. As time went on, When Woli Agba decided to move on, according to him, he (Dele Omo Woli) left Alfa Sule Group with him. And their first comedy skits was reportedly recorded in 2016. And he still remembered what the skit was all about. He said it was about a man of God, Woli Agba, setting up his Church and was looking for members. So, he came to the Church. And he was asked by daddy, like he kept referring to Woli Agba as, about who invited him, and he said he answered that nobody invited him. But that daddy corrected him that it was the Holy Spirit that invited him. And that is how their journey together to stardom started.

Dele Omo Woli further revealed that one of the big time comedians who himself and Woli Agba love to watch is Mr. Latin because he is inspires them. And they also like to watch the likes of Odunlade Adekola and Femi Adebayo. And amongst the online comic acts he said he admired included Lasisi Elenu and Broda Shaggi. When he was asked if Woli Agba told him tomorrow that he is ripe enough to go and stand on his own, what he would do. Do you know how he replied? He said he would never be ripe enough for that stage! He surely knows he and Woli Agba are always better together.

Meanwhile, doing comedy skits has taken the two of them to Canada twice and Dubai twice, and they are still waxing stronger by the day. Their skits are even going more creative as they are now performing disappearance acts with “Keke Elijah,” (as coined by Woli Agba) taking them from one point to the other, “supernaturally”. 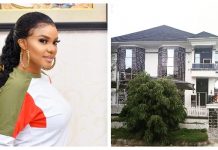 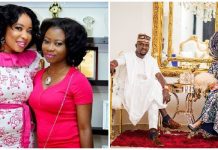 What my daughter, Rotimi did after our wedding – Lizzy Anjorin opens up, speaks on the two women who had kids for her husband 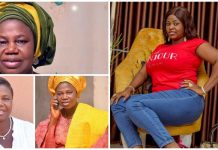 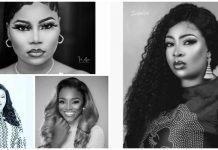 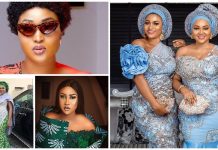 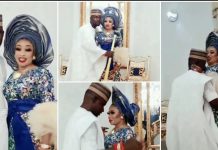