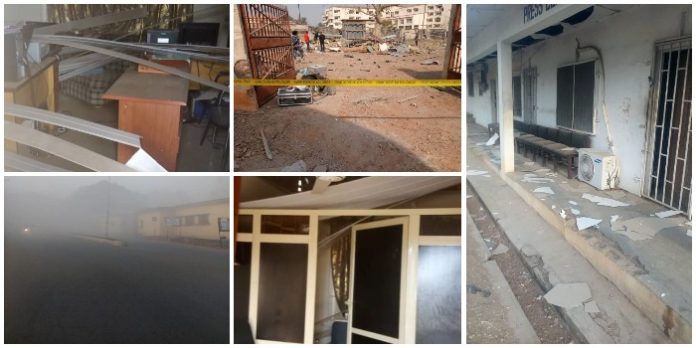 There was pandemonium today in Ado Ekiti after a deafening explosion in the old secretariat of Ekiti State Government. 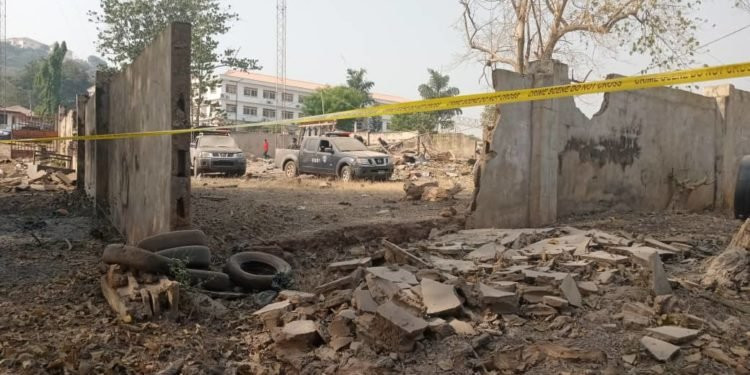 Though no casualty was recorded, the explosion which occurred around 7.05am at the Explosion Ordinance Disposal Unit situated of the old governor’s office located at Oke Ori-Omi area of Ado Ekiti metropolis (which is now where the Ministry of local government and chieftaincy affairs is located), reduced the EOD building into rubble and shattered windows and ceilings of the government offices compound.

The adjoining offices that housed the office of the Nigerian Union of journalists, Correspondents’ chapel, Ekiti chapter was also badly affected.

Ekiti State police Commissioner, Mr Asuquo Amba and officers of the anti bomb squad were spotted at the scene of the incident removing some of the explosive materials.

“Let my men from anti bomb department check around. Officers of the anti bomb are combing the place as you can see. 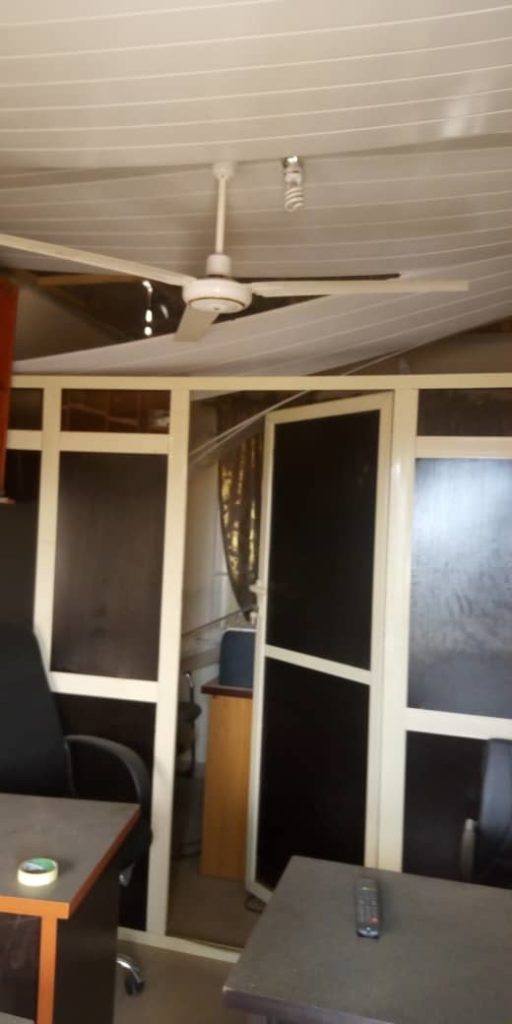 “This is the office where they keep detonation accessories. The explosion must have been caused by equipment kept in their stock house.

“The area has been cordoned off. We are going to devise means of ensuring Improvement in the stocking of these equipment next time. 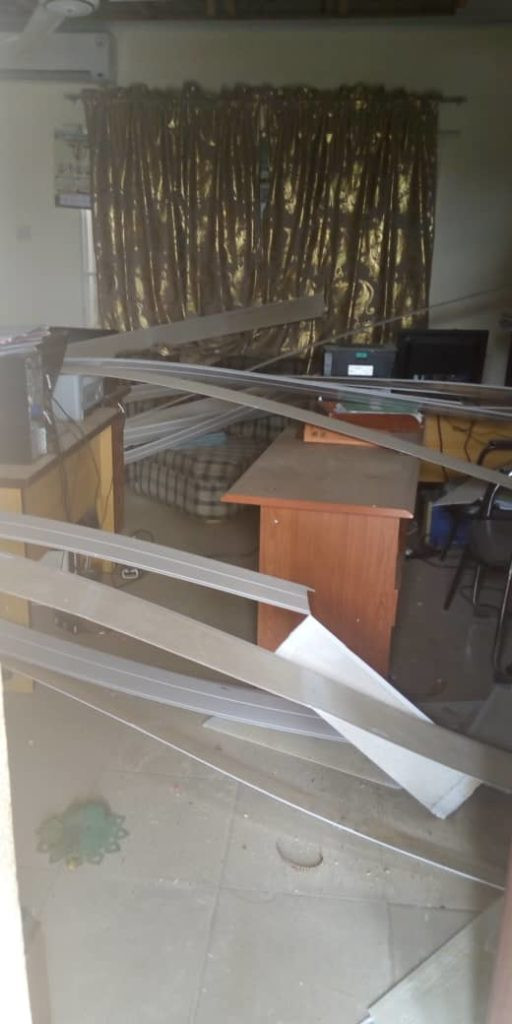 Governor Kayode Fayemi and his deputy, Chief Bisi Egbeyemi who visited the site for on-spot-assessment said the anti-bomb department shouldn’t have been located in the area. According to them, “it ought to be in a far distance”. 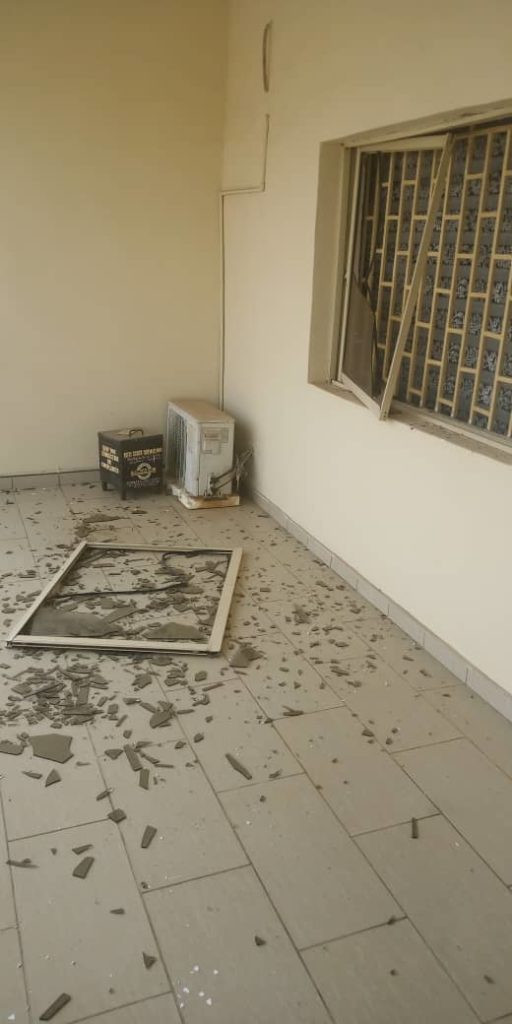 Here are more photos from the scene of the incident; 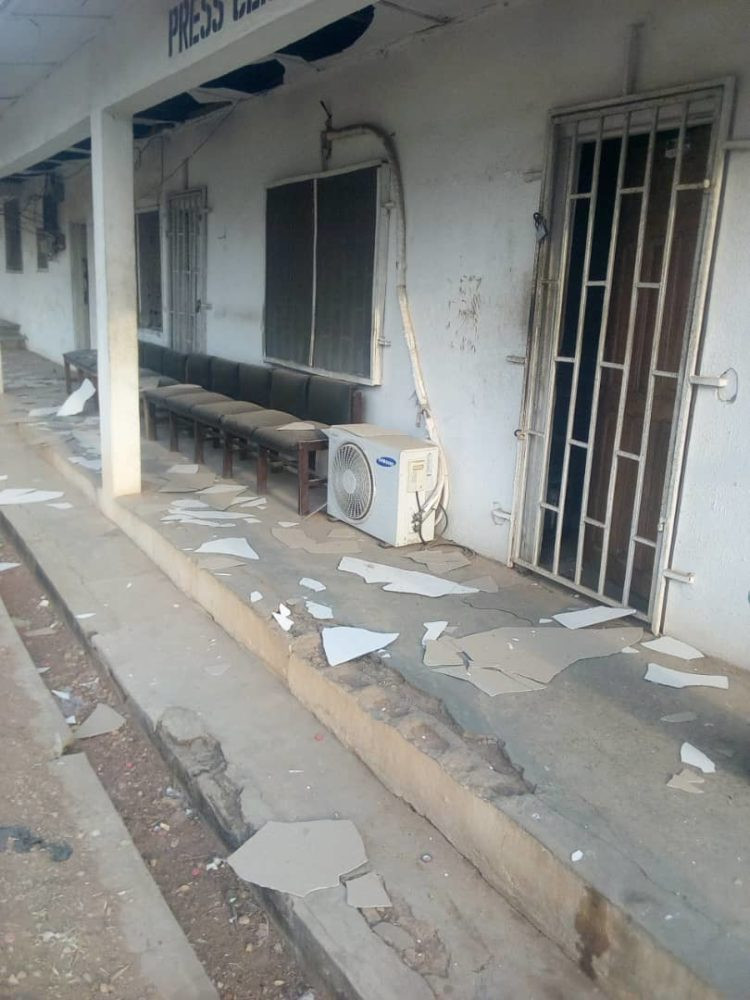