Home Celebrity/Entertainment “Culture is the principal magistrate of a man’s life.. 👑” – One... 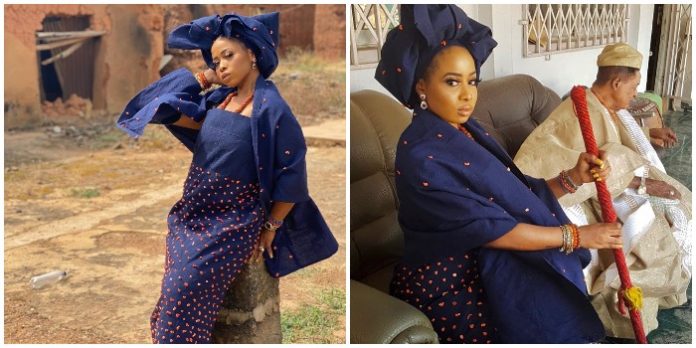 One of the wives of Alaafin of Oyo Oba Lamidi Olayiwola Adeyemi III, Olori Badirat Olaitan Adeyemi, popularly known as Queen Ola, has taken to social media to pepper her fans with beautiful photos of herself.

The beautiful queen took to her Instagram page to share beautiful photos of herself. In one photo, she was seen sitting beside her husband. 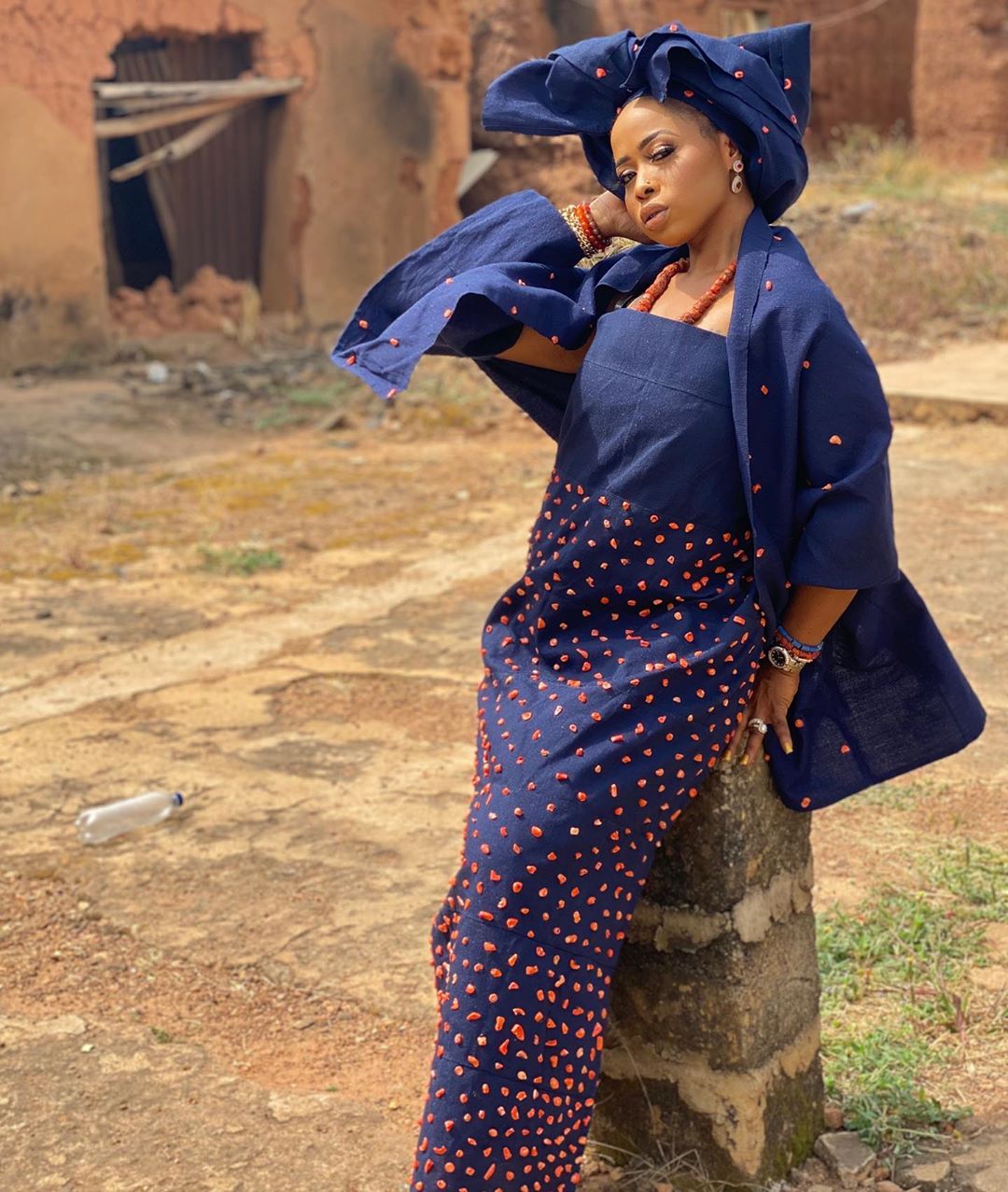 In the photos, the queen was spotted rocking a gorgeous blue traditional wear paired with matching headgear and a traditional necklace, known as Ileke.

Queen Ola held a red staff fit for a queen in the photo. In her caption for the post, the queen hailed herself. 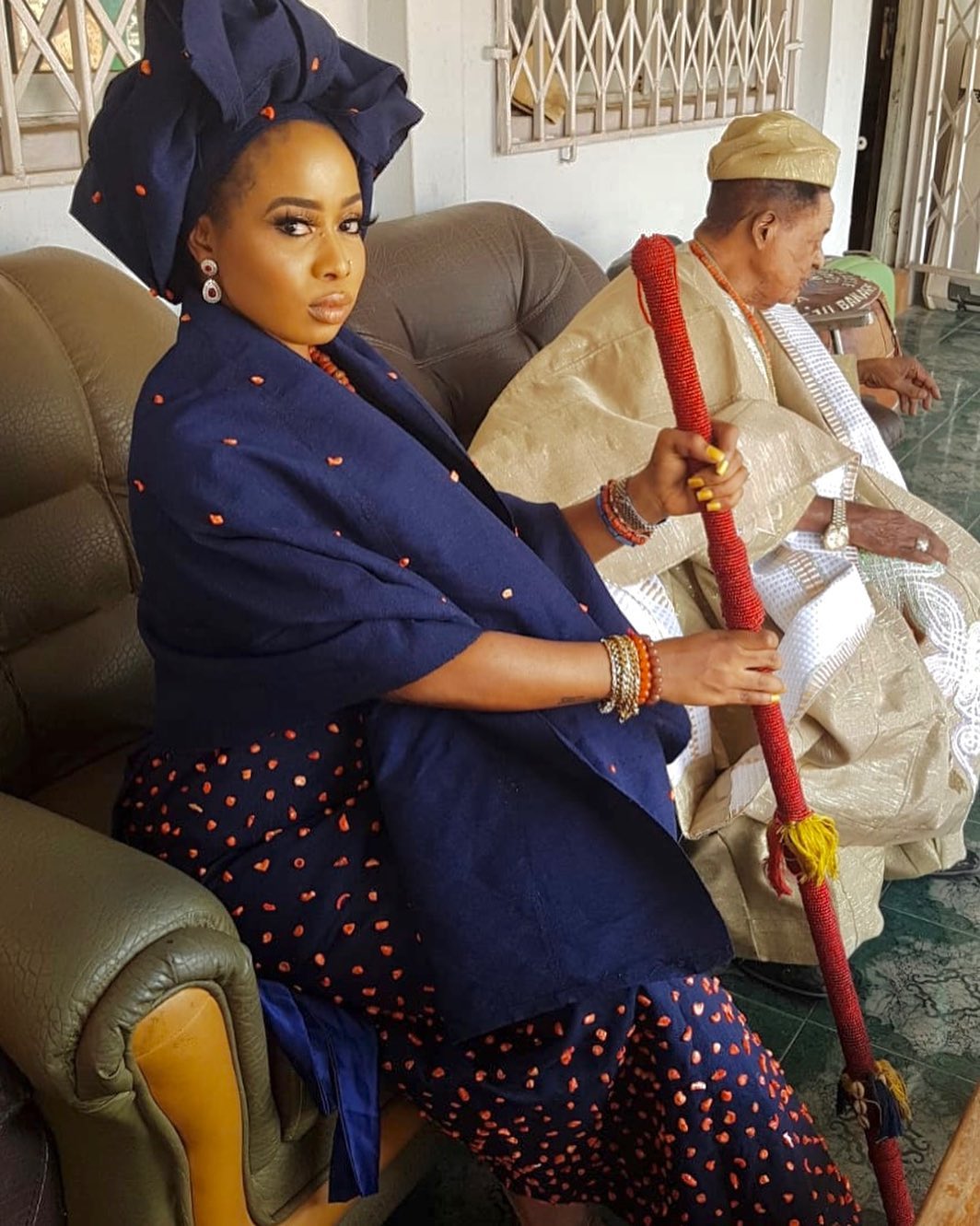 The wife of the Alaafin of Oyo hailed herself by writing her title on the post. She wrote: “Her royal majesty. 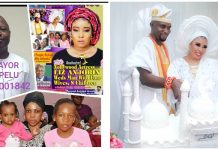 Lizzy Anjorin cries out after reports says her husband had children with his Niece; she request for DNA 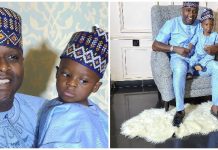 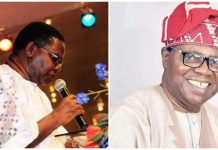 It’s only a foolish old man that will say he wants to marry a very young lady who is just starting her life’ –... 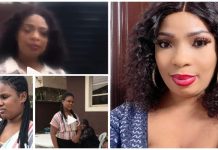 Laide Bakare shares video of her Daughter, Simi being emotional and crying as she could not stand the killing of Sallah ram – Watch... 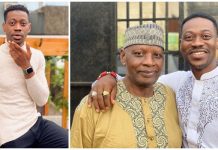 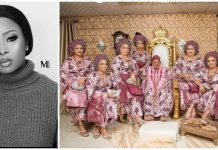