Home Celebrity/Entertainment #BBNaija : Here’s a list of housemates with the top earnings from... 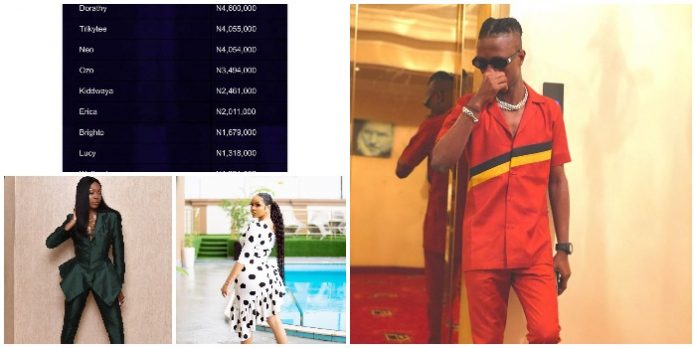 Asides from the grand prize that was won by talented rapper and Brainiac, Laycon on Sunday night, other housemates also made some earnings during their time in the house.

The Big Brother Naija reality TV show usually ends with a winner-takes-all grand prize, however, because of the show’s vast amount of sponsors, other housemates are opportune to win something during their time in the house.

By completing and winning sponsored tasks presentations and indulging in other activities organized by Big Brother in the house, housemates stand a chance to win either cash prizes or other forms of prizes and this year’s housemates were not left out in this regard.

So, asides from the 85 million grand prize which Laycon won on Sunday, here’s a list of the earnings made by other housemates during their time in the house.

Vee comes top of the list with winning over six million Naira and not so surprisingly, Laycon adds an extra six million to his already won eighty-five million. 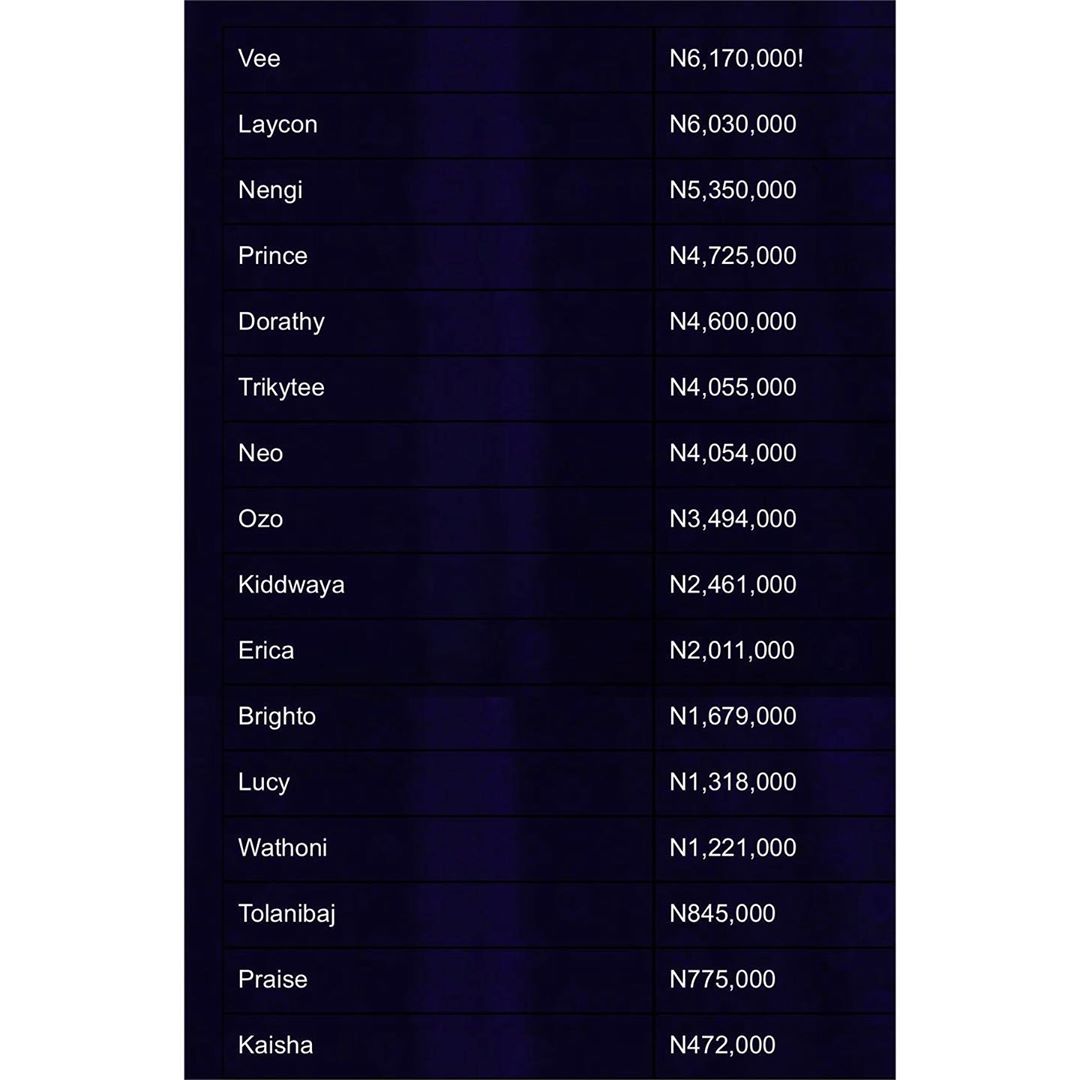