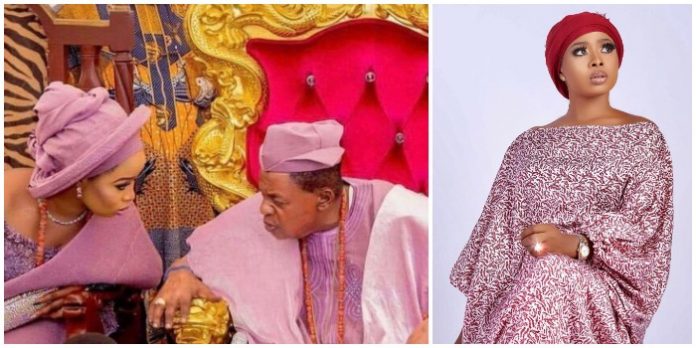 Olori Badirat Ajoke, the wife of the Alaafin of Oyo, Oba Lamidi Adeyemi, shared a photo of them via Instagram on Tuesday.

Recalls the Queen got embroiled in a controversy after rumours of an extra-marital affair with Fuji musician, Wasiu Ayinde Marshal hit the Internet.

Badirat Ajoke, however, came out to debunk the allegations.

Taking to the photo-sharing app, she shared a cute photo of herself and her husband with the caption; 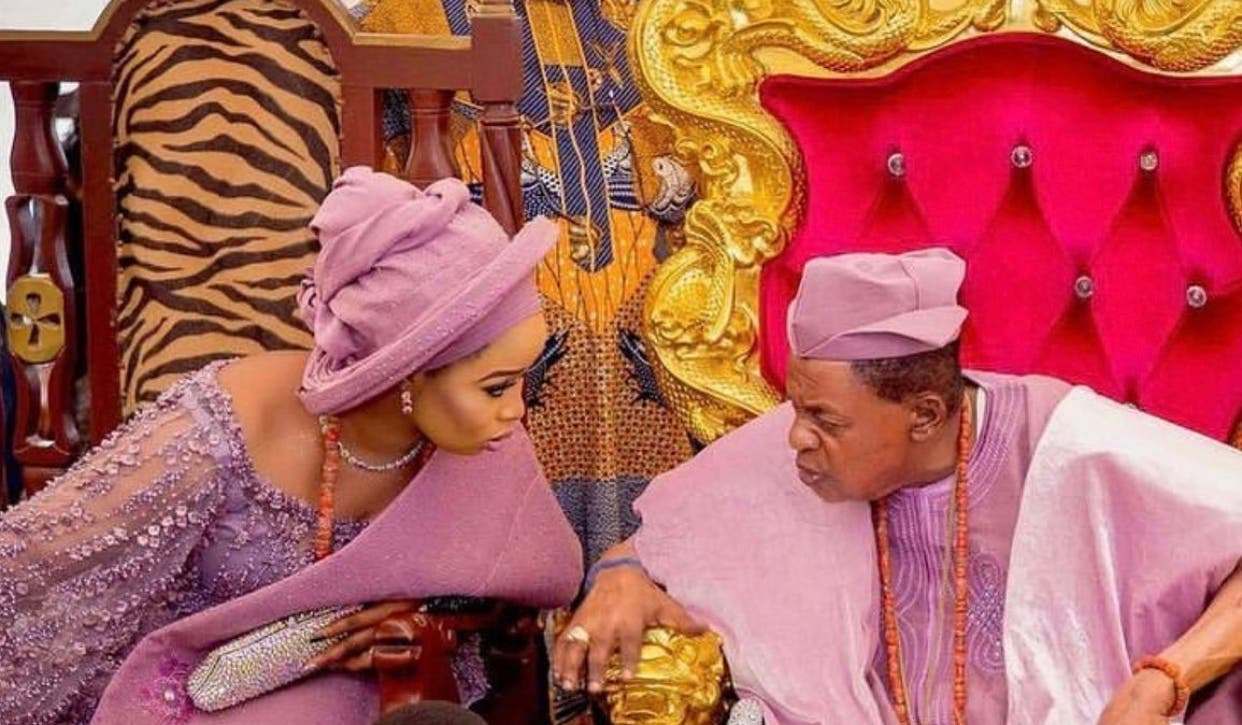 ”He was saying; Can you stop been so cute? ? @alaafin_oyo #hisoxygen..#elledaddy“

Here are some more beautiful photos of the olori