Home Celebrity/Entertainment A day after 2 Alaafin Of Oyo’s Queens allegedly left the palace,... 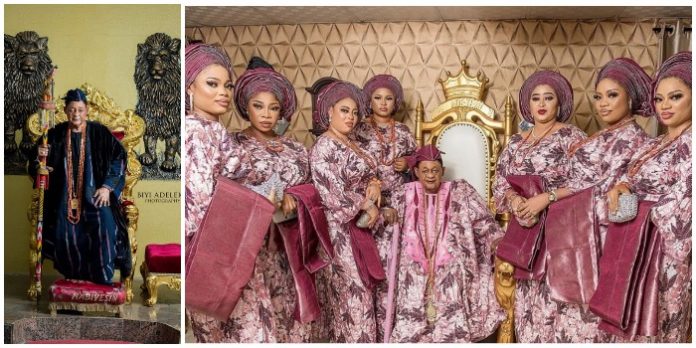 The Alaafin of Oyo, Oba Lamidi Adeyemi III, is a year older today, October 15, 2020, to the joy of his fans, family members and well-wishers.

The Nigerian monarch just clocked the milestone age of 81 and his loved ones are not ready to let the day go by unnoticed.

One of the king’s wives, Olori Memunat, took to her Instagram page to pen down a touching message to the Oba on his big day.

Olori Memunat praised the Oba for making her a royal woman in the world and she prayed for God to spare her life so that she can continue to celebrate many more birthdays with him.

“You made me a royal woman in the the world. I’m beseeching Almighty Allah to spare my life to celebrate lotta of your birthday on earth with sanity and wealth.

“Even before your birthday you always deserved to be hail and worship, There’s no other ruler in my heart, no other leader in my world but you❤️.Happy birthday, my king. I’m giving you all my prayers and ceaseless Love…”

The journey of life has never been smooth – it is full of ups and downs. And it can never be perfect we’ve been enjoying as at commence Still enduring what life is giving to us nevertheless you always been the best in my heart… you made me a royal woman in the the world. I’m beseeching Almighty Allah to spare my life to celebrate lotta of your birthday on earth with sanity and wealthy Even before your birthday you always deserved to be hail and worship, There’s no other ruler in my heart, no other leader in my world but you❤️.Happy birthday, my king. I’m giving you all my prayers and ceaseless Love… OKO MI ATANDA BABA ATANDA, OMO IBIRONKE BABA IBIRONKE OMO ADENIRAN BABA ALABI KOO’PE OOO

Nollywood actress, Lizzy Anjorin, also penned down a birthday message to her godfather on Instagram. She asked for fans to join her in praying for the Alaafin of Oyo because he deserved it.

See her birthday message below:

HBD BAAMI IKU BABA YEYE ALASE IKEJI ORISHA THE ONLY MAN THAT GAVE ME PURE FATHERLY LOVE AND SUPPORT ATANDA THE GIVER ATANDA THE MERCIFUL ATANDA THE KIND HEARTED ATANDA THE DESTINY BUILDER ATANDA THE DESTINY HELPER . OMO IKU TI IKU KO GBODO PA FOR NEXT 200YRS OMO ARUN TI ARUN KO GBODO NEAR IN THE NEXT 200YEARS LONG LIFE WITH ALL BEAUTIFUL THINGS OF LIFE BAAMI . PLZ JOIN ME TO PRAY FOR MY FATHER THIS BABA DESERVE PRAYER

Queen Omobolanle said the king is not like any other man.

See her birthday message to the Oba below:

Every girls keeps saying that all men are the same. Obviously none of them have met the King of my heart ❤️ My motivator, Role model, no matter how old you get, always remember to stay young at heart and make every year count. (HAPPY BIRTHDAY TO MY PRIMOGENATOR). IGBA ODUN, ODUN KAN NI

In another news, Coming after the Alaafin of Oyo allegedly locked up one of his queen in the palace prison, two queen have reportedly dumped him.

According to unconfirmed reports by Instagram blogger, Gist Lover, Queen Dami and Queen Anu took to their heels after Dami was locked up in prison for allegedly going against a palace rule.

Gist lover further alleged that they ran to Lagos for a better life.

Unrest in the palace:Oyo kingdom just lost two queens to the streets of Lagos state,these two queens left Oyo yesterday and got to Lagos around 2am(midnight) according to them they are tired of the palace and how the king is treating them.

They want to follow Queen Ola footsteps seeing that she is cashing out in Lagos,according to our source Queen Dami was locked up in the palace prison for like a week as she was said to have gone against one of the palace rule,all her belongings were seized from her ,after she was released,she took few of her cloth and fiam to Lagos,together with another Queen,Queen Anu,if all the Queen dey run comot for palace,who go come remain,make all these queens stay one place o.i come in peace”

The over 80 years old Alaafin is married to over 6 young wives. 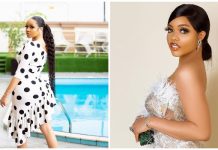 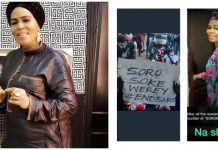 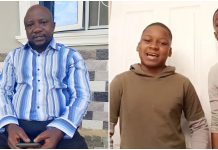 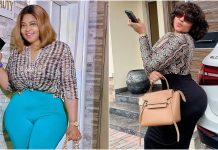 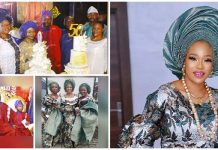 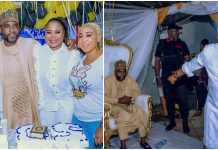