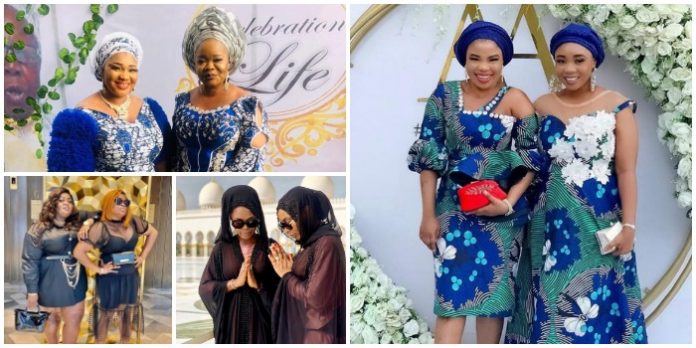 Having a true friend you can vouch for any given time is a good feeling. It shows that despite all the challenges, you still have a friend that can stand up for you no matter the circumstances. That means you don’t have to live a solitary life regardless of how other people see you. In the Nigeria entertainment industry, we have celebrities who have best friends who are also celebrities serving us with friendship goals despite all odds they are facing. These celebrity besties always support each other in any situation they found themselves. They are the true definition of the adage, ‘A FRIEND IN NEED IS A FRIEND INDEED’. In this interesting piece, we will be looking at 5 Nigerian female celebrity besties who never stop to serve us with friendship goals as they are best of friends. And they are known together such that if one is missing, people will have to ask the other friend. They are also spotted doing many things together and defend each other.

These celebrity besties are the most controversial two jolly friends we have in the Nigeria entertainment industry. Tonto Dikeh and Bobrisky are true definition of friendship as they serve us hot with bestie goals. Their friendship seems to be a mystery as people wonder how such two personalities can relate together without any mutual benefit. Tonto Dikeh who is a Nollywood actress, a divorcee and a mother of 1 is always spotted with the most-talked about cross-dresser in Nigeria, Bobrisky and vice versa. It is a common thing to see this duo complimenting each other on most of their social media posts and they support each other in any given situation, both good and bad. For instance, if you are fighting Tonto Dikeh just know that you are fighting Bobrisky because these besties get each other’s back anytime anyday. Tonto Dikeh and Bobrisky back up each other’s shady deals and lies. For instance, Bobrisky covered up for Tonto Dikeh when she was arrested in Dubai, Bobrisky created an alibi of undergoing surgery in Dubai so as to wait for his/her bestie. Also, Tonto Dikeh supported Bobrisky during the supposed sickness of his/her grandmother which made him/her to return to Nigeria unexpectedly during 2020 Valentine’s celebration. Bobrisky and Tonto Dikeh will always say that they can never fight as people hope they will do that one day and all their hidden escapades will be the talk of the town. There is also suspicion that the duo might be having a romantic relationship as Bobrisky’s transformation into a full female body cannot be ascertained. Tonto Dikeh and Bobrisky’s friendship is truly a sensation with ‘peppered sauce’.

These talented personalities are also best of friends and can vouch for each other at any given situation. Both of them are Nollywood actresses who have grown in the Nollywood movie industry and have created a good reputation for themselves. Both have starred together in several Nollywood movies which include Jenifa, Omo Ghetto, The Return of Jenifa, etc. They are currently working on a new movie which is believed to be a spin-off of ‘Omo Ghetto’. Funke Akindele and Eniola Badmus are always spotted having fun together. They fondly call each other, ‘Ore mi’. They sometimes upload videos of their lovely moments together on their official Instagram pages. Recently, they travelled to Dubai to flex together before the COVID-19 pandemic. Eniola Badmus and Eniola Badmus have severally served us with bestie goals. They are lovely souls.

These Yoruba movie personalities have always been observed to stand up for each other in good and bad situations. Wumi Toriola and Seyi Edun are fast-rising actresses in the Yoruba movie industry. Seyi Edun and Wumi Toriola’s friendship continue to wax stronger day-by-day. They are always spotted slaying together to celebrities’ events. They support each other at any given point. It should not be a news that Seyi Edun is the new wife of Adeniyi Johnson, the ex- husband of Toyin Abraham. Seyi Edun has been dragged several times as the brain behind the marriage crash. Though, Toyin Abraham has moved on with her life, it seems her fans called ‘Toyin Titans’ still have grudges for the Adeniyis. Wumi Toriola being the Seyi Edun’s best friend has also been attacked in this mess. Wumi Toriola always come out to support her best friend in this whole saga. She is believed to be part of the fight. In August 2019, after the birth of Toyin Abraham’s first child, Wumi Toriola wanted to settle the fight by congratulating her but she was attacked by ‘Toyin Titans’, they even said negative comment about her pregnancy then which thereby continued the elongated feud among these celebrities. In short, Wumi Toriola is truly a friend indeed to Seyi Edun no matter the circumstances. Also, Seyi Edun has been supportive of Wumi Toriola, especially during the birth of her son, Zion in October 2019.

These female movie celebrities have really contributed to the growth of Yoruba Movie industry. They are well-recognised and respected in the industry. Jaiye Kuti and Bimbo Oshin are best friends such that they do lot of things together. During special celebrations especially birthdays, they celebrate each other in unique ways. These celebrity besties are always spotted at special events. They are just the best friendship, with loads of love from both parties, such that if you see one of them that means you have already seen both of them. Jaiye Kuti and Bimbo Oshin are in their forties and they are such a perfect match.

These exceptionally talented Nollywood actresses have also proven that having good friends is such a privilege. Chioma Akpotha and Omoni Oboli are true friends who are still together despite all odds. It should be recalled that there was a strong friendship among these 4 female movie personalities, i.e. Omoni Oboli, Chioma Akpotha, Uche Jombo and Ufuoma Mcdermott, fondly called ‘The Fantastic 4’ which is not really strong again based on undisclosed reasons. However, since then, there is a strong friendship between Chioma Akpotha and Omoni Oboli and they have been spotted several times having fun abroad. On Chioma Akpotha’s birthday in 2020, Omoni Oboli wished she was a male as she would have married her because Chioma is just a beautiful soul. These female celebrities have also got each other’s back in several situations. They are really good celebrity besties. 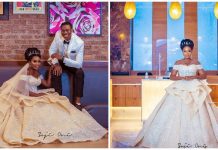 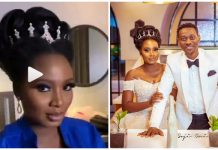 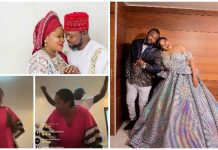 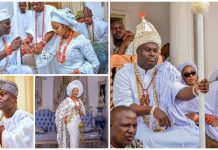 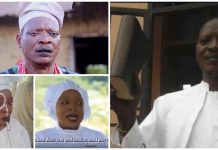 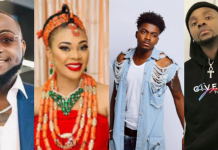