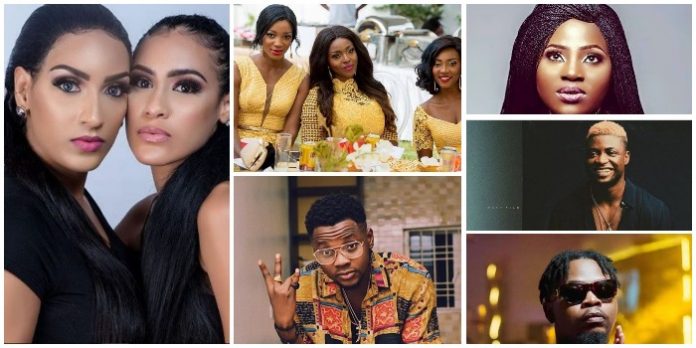 In this write-up, we shed light on relatively unknown Nigerian celebrities who are also in the limelight but are not as popular as their siblings who are in the spotlight on the mainstream.

Niniola is a Nigerian singer and songwriter. She participated in the sixth season of Project Fame West Africa in 2013. After releasing her debut single ‘Ibadi’ she was nominated for Most Promising Act to Watch at the 2015 Nigeria Entertainment Awards.

Roseline Okoro is a model and actress like her older sister. In 2012, she participated in the Miss Ghana pageant, although she didn’t win.

Yomi Casual is a fashion design company that specializes in African design, especially cut-to-fit African design. The designs are intricately textured and designed to enable clients out in style. Also, these designs are uniquely sewn to a standard of perfection.

Juliet on the left, Sonia- right

Toluwalope Sophie is a radio personality with Cool FM.

DJ Enimoney, is a Nigerian disc jockey and recording artist.