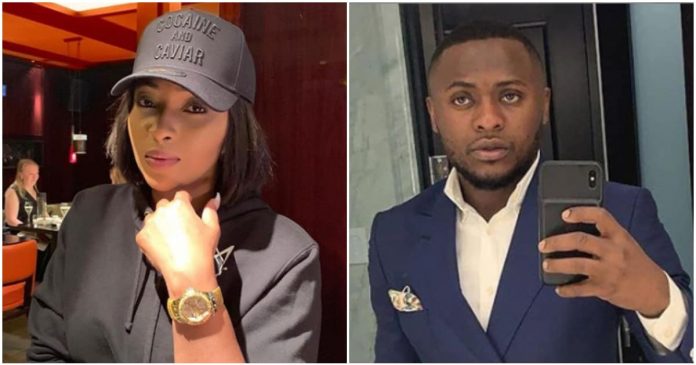 Actress Lilian Esoro and Ubi Franklin have allegedly been denied divorce by a court in Ikeja, Lagos state. The marriage of the celebrity couple, who tied the knot in 2015, hit the rocks in October, 2016.

The news had hit the media after the couple was not spotted at important public events together.

Be patient with yourself. Self-growth is tender; it’s holy ground. There’s no greater investment." The Money Year Give them Hot Hot ????

It was gathered that the court had allegedly thrown out their divorce case based on the testimony given by the actress.

Esoro had allegedly testified that her estranged husband provides for their child, Jayden, and they are still very good friends.

According to Stella Dimoko Korkus, the court ordered the couple to go and settle their difference amicably. The court stated that they are seeking a divorce based on childishness.

Meanwhile, We had earlier reported that Ubi Franklin’s babymama identified as Sandra Iheuwa alleged that he got five ladies pregnant at the same time. The lady had also claimed that the five ladies were forced to terminate.