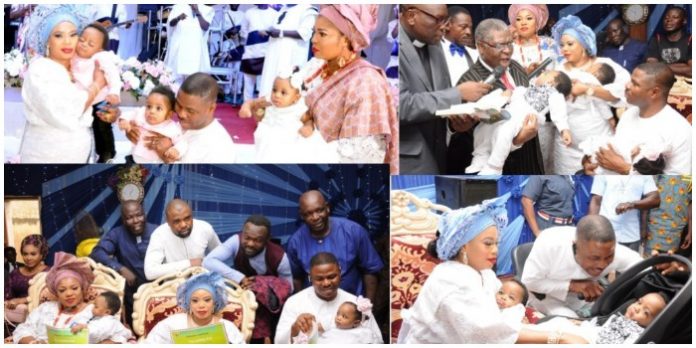 Sunday 3rd November, 2019, the ancient city of Ibadan was agog, as the Juju Gospel Maestro and C.E.O of Fresh 105.9 F.M, Dr. Yinka Ayefele hosted the creme de la creme of the society into an elaborate reception. 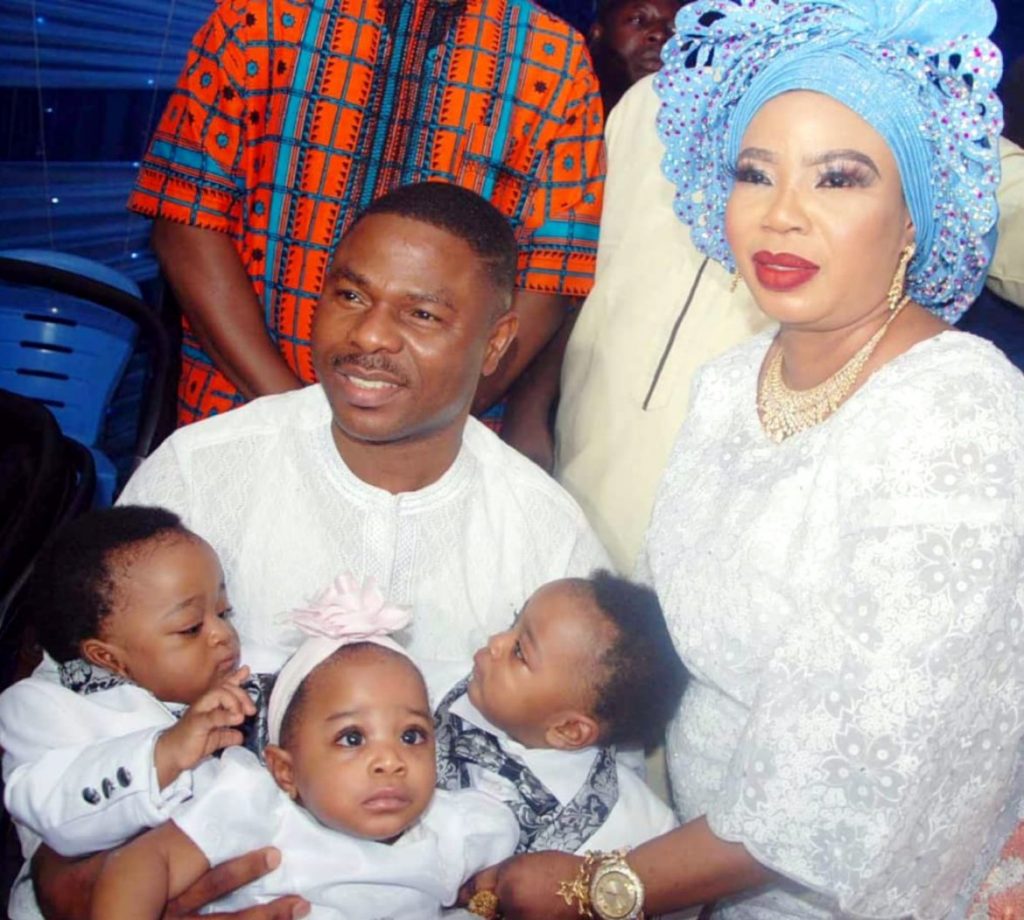 It was a dedication of his Triplets; two boys and a girl, Richard, Raymond and Eniola. Recall Ayefele and his beautiful wife, Temitope welcomed the bundles of joy sometimes in June 2019, in the United States of America. The surprise miracle happened in Ayefele’s family after 25 years of waiting. 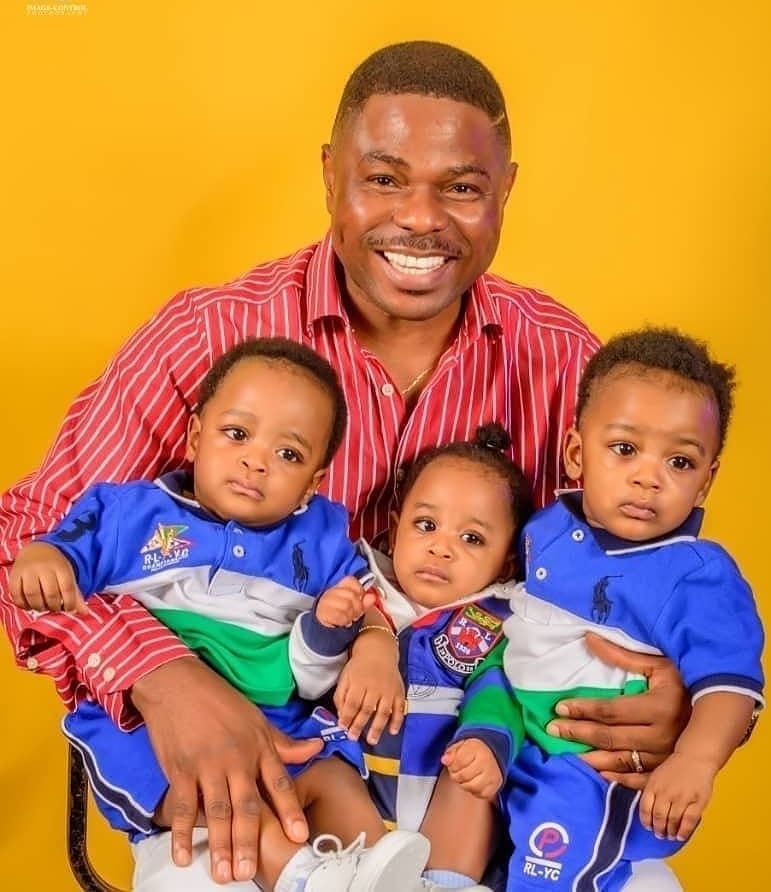 No wonder the music star didn’t leave any stone unturned in throwing a lavish party to dedicate the triplets. It was indeed thanksgiving galore for Ayefeles and their well-wishers. 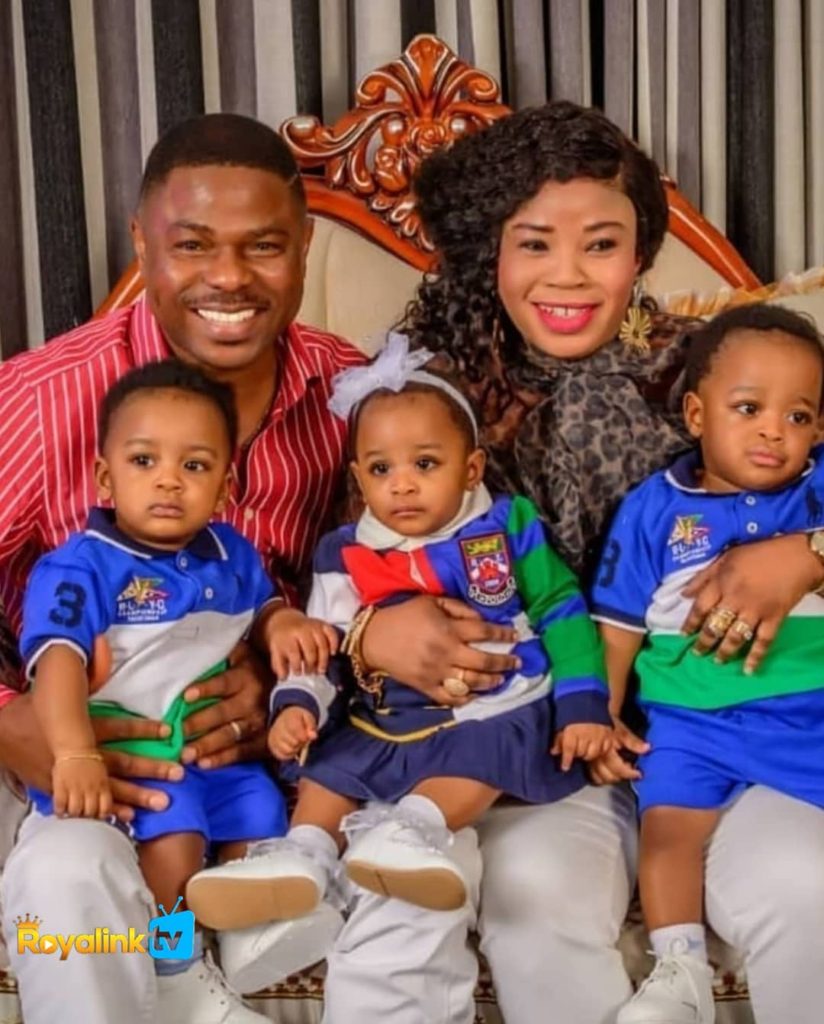 The well-arranged, glamorous party was graced by who is who in the society across different sectors; top captains of industries, media personalities, the country’s movie and music sectors and more were all represented. It was indeed a colourful ceremony. 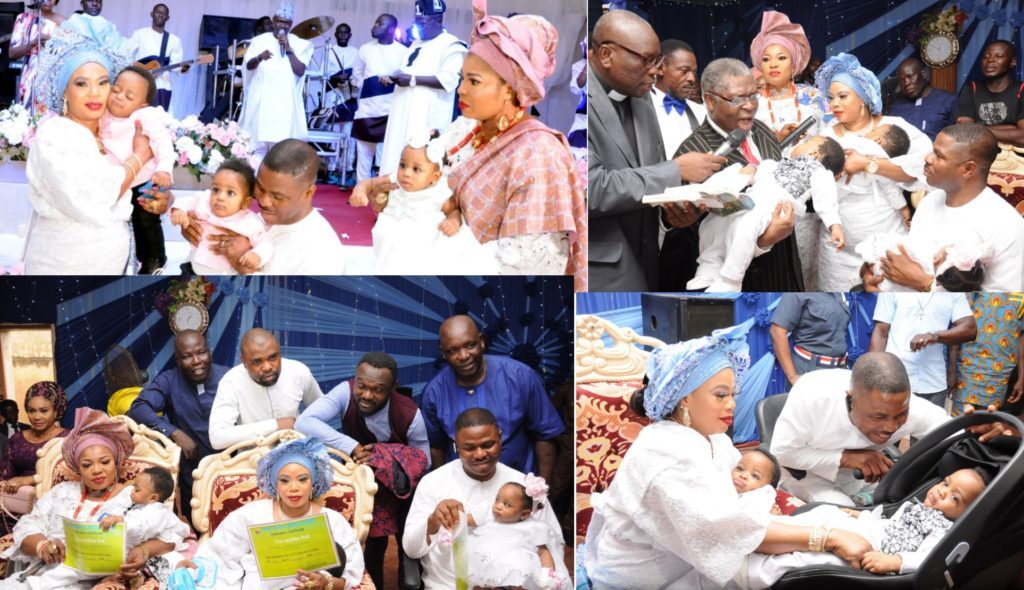 Dedication of the triplets and special thanksgiving service held at the Ibadan’s popular prophet, Reverend P.F Owa’s Christ Revival Miracle Centre (CREMIC) Church. It was a joyful moment for Ayefele, his family and the well-wishers. With the massive turnout of men of God, important dignitaries, the Church was filled to the brim. The choir and everybody that ministered during the program did wonderfully well. 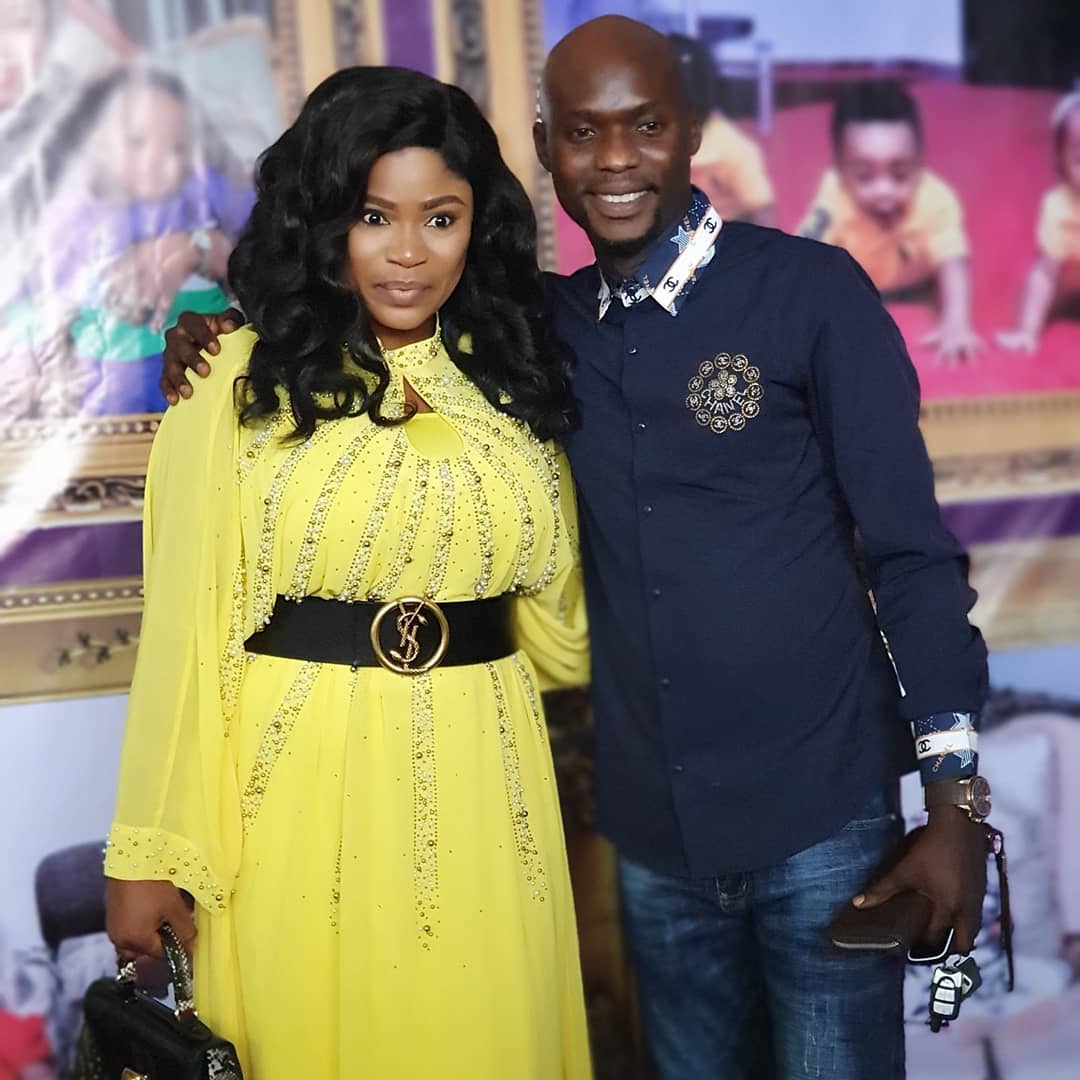 WHY CREMIC WAS CHOSEN FOR THE DEDICATION

For those who might be wondering why Rev. P.F Owa’s Church, Christ Revival Miracle Centre (CREMIC) was chosen for Ayefele’s triplets’ dedication, search no further. During the thanksgiving service, Yinka Ayefele made some revelations as to what he went through before his longtime request was finally granted by God. One of which was his vow to come back to CREMIC for thanksgiving if God could answer his prayer. According to Ayefele, he had gone to the Church about four years ago, to give thanks about his radio licence that was just been approved then. 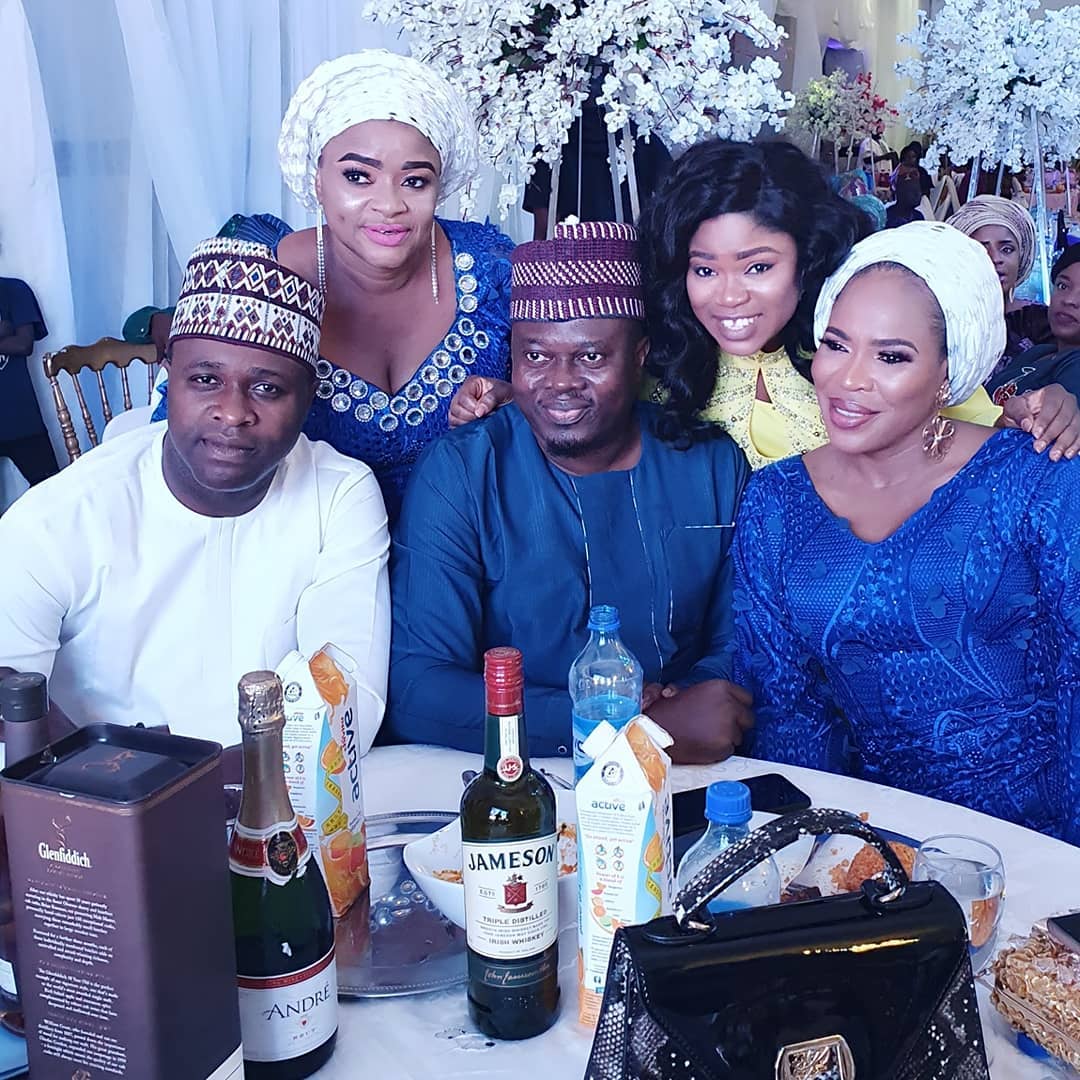 And during the thanksgiving, in the presence of the whole congregation, he said there was one more thing he was looking up unto God for. Though he didn’t expatiate on the particular thing he was expecting God to do, but that if it could be granted, he was going to come back to the Church to give thanks. So, in order to fulfill his pledge to God, he went back to the Church for thanksgiving once more. 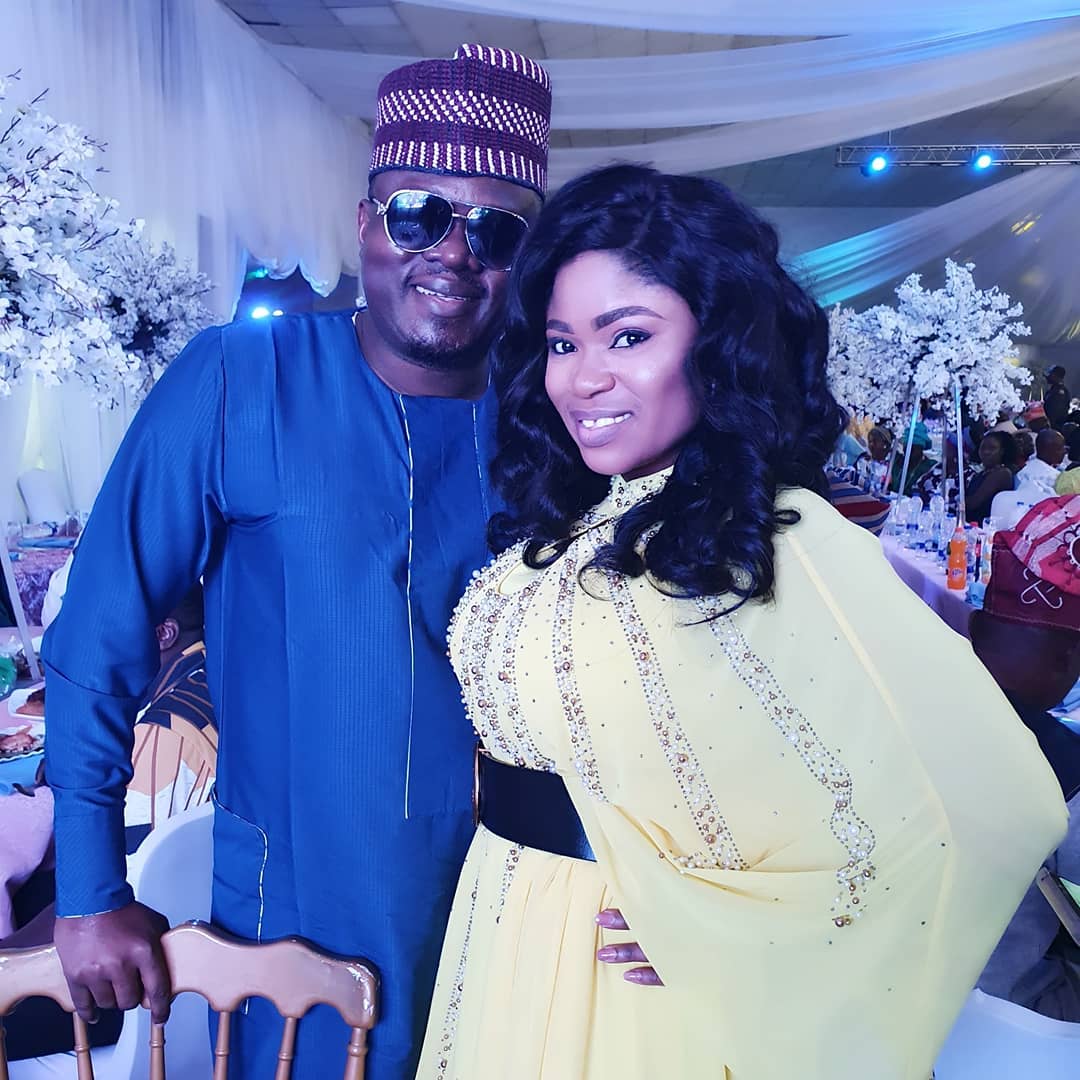 WHAT BABA OWA AND YINKA AYEFELE HAVE IN COMMON

Though it is a known fact that Reverend P.F Owa is one of Yinka Ayefele’s spiritual fathers; he takes him as his role model and mentor. But not many people know that both of them share a very significant thing in common. They both experienced childlessness in their marriages; in fact, the man of God and his wife were said to have waited for over seventeen years as well. His story, according to Ayefele, has always been a kind of encouragement during his trying period. 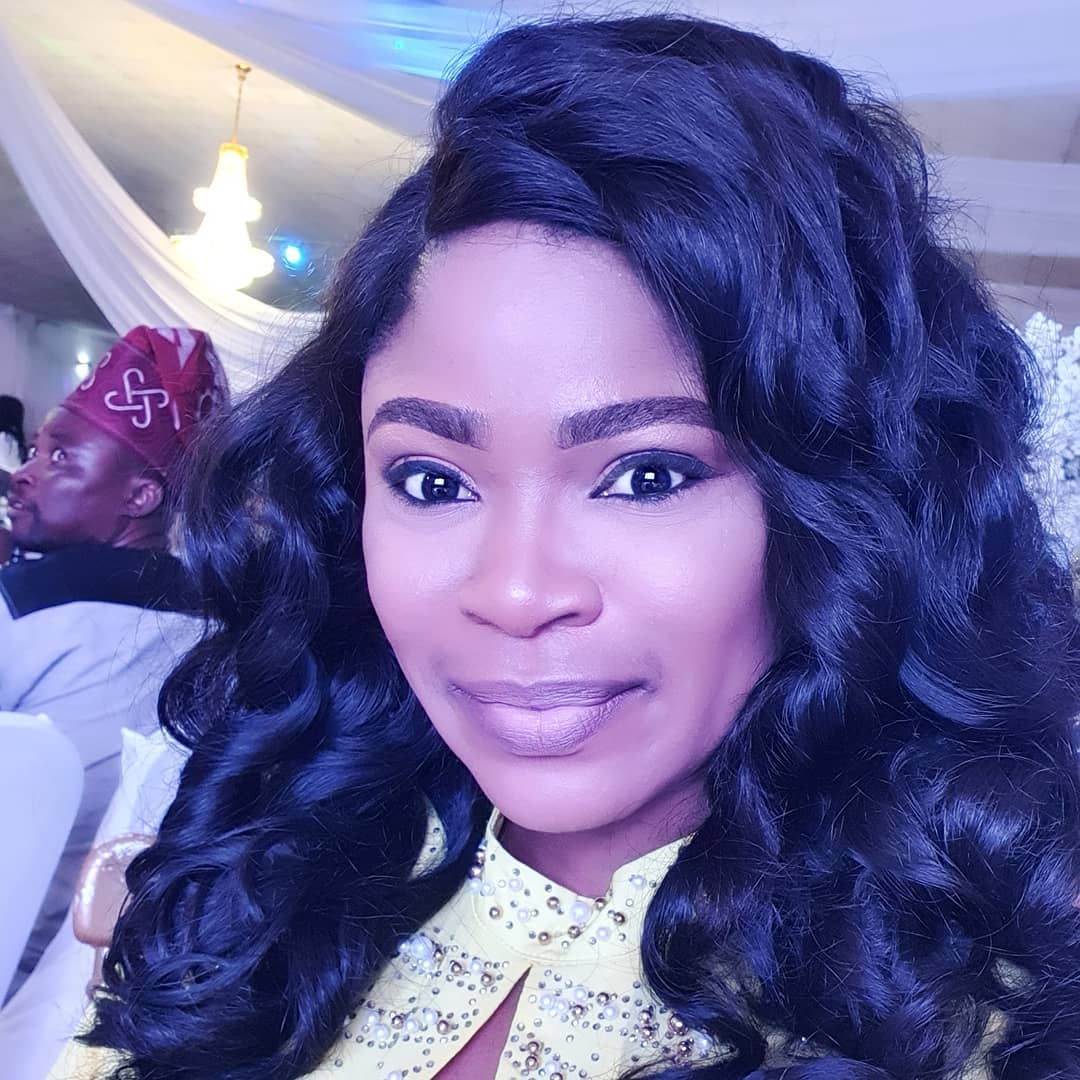 Shortly before the official take-off of the ceremony at the reception, Yinka Ayefele alongside his wife and their adorable triplets made a grand entrance into the hall. The babies, two boys and a girl, were wheeled into the hall in three uniform prams. There were all glowing and shining, many of those present couldn’t but stood up to catch a glimpse of the babies. There hailed and sheered till they got to their position at the VVIP section of the hall. here are some more photos and video from the child dedication Watch video from the event below:

I love you more my Auteeeeee Reposted from @authenticmuy – 🤣🤣🤣🤣🤣. All for our darling triplet ❤. A day for @yinkaayefele. With my beloved brothers 🤣🤣🤣 @femiadebayosalami , @odunomoadekola . Love you guys.

🤣🤣🤣🤣🤣. All for our darling triplets ❤. A day for @yinkaayefele. With my beloved brothers 🤣🤣🤣 @femiadebayosalami , @odunomoadekola . Love you guys.

Yinka Ayefele Dedicates Triplets To God, Thanks Wife For Support ___ Ace musician and proprietor of Fresh F. M. radio station in Ibadan, Mr Yinka Ayefele, has dedicated his triplets to God at the Christ Revival Miracle Centre (CREMIC), Molete, Ibadan, Oyo State. Yinka Ayefele disclosed that his decision to present his babies to God at CREMIC was to extend his gratitude to God for answering the prayer he made at the church four years ago. The elated father of triplets, Yinka Ayefele, thanked his wife for her patience and support all through the four years of waiting upon God, as he said it was four years ago he said a silent prayer to God to give him a child. “I was here four years ago for the thanksgiving of the licence of my radio station, Fresh F.M. I prayed to God quietly to bless me with a child in this auditorium and to my surprise, He did it now in the open. It was beyond my imagination when he granted my prayer. I cannot thank Him enough. “I want to specially appreciate the General Overseer of the church, Pastor P. F. Owa, and the entire church for their prayers and supports. I also thank my wife for her support, my entire family and that of my wife and fans all over the world,” he added. The event was attended by clerics, royal fathers and musicians, among other dignitaries.