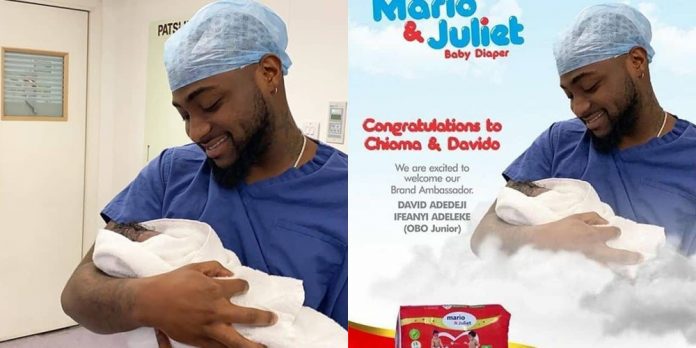 It is no longer news that Davido and Chioma signed an endorsement deal with a baby diaper company on behalf of the child even before his birth. 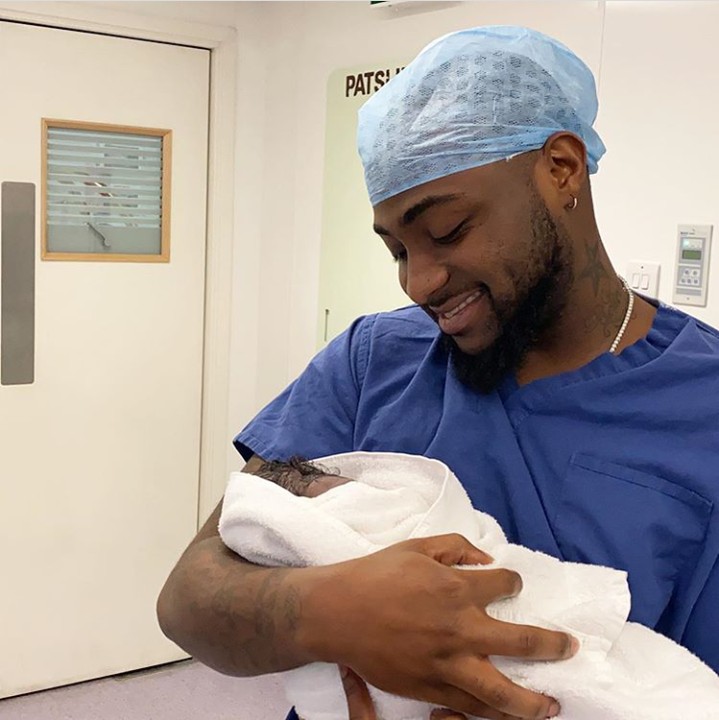 Barely two days after welcoming the baby, him and his dad have now modeled for the diaper company.

Meanwhile, Davido has set a new record on photo sharing social media platform, Instagram, thanks to the birth of his new baby boy.

Davido welcomed his newborn over the weekend, on Saturday night, October 19, 2019 and the very first picture of the baby has earned the ‘Aye’ singer a new record as the first African artiste to have a million likes on Instagram.

yesterday, Chioma shared a video of davido sleeping next to her in the delivery room. Read more below

The internet has gone berserk following the news of Davido and Chioma’s son arrival. Davido broke the much anticipated news on his Social Media page after his fiancee, Chioma Avril Rowland put to bed in the early hours of today, 20, October 2019.

The new mother took to her Insta story to re-share what looks like a post pregnancy photo her younger sister, Jennifer Rowland uploaded on her Insta story. 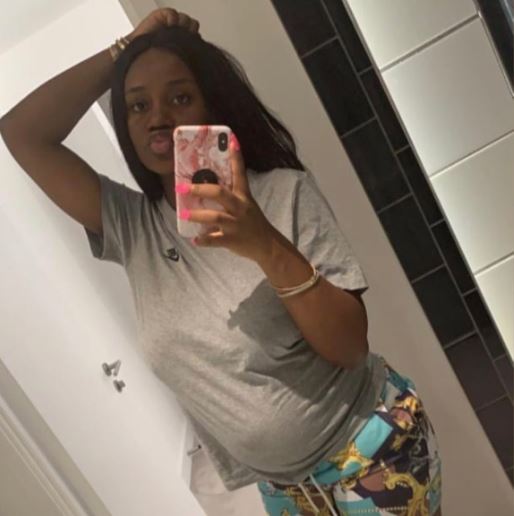 Reacting to the birth of Davido’s new baby, some celebrity congratulated the couple 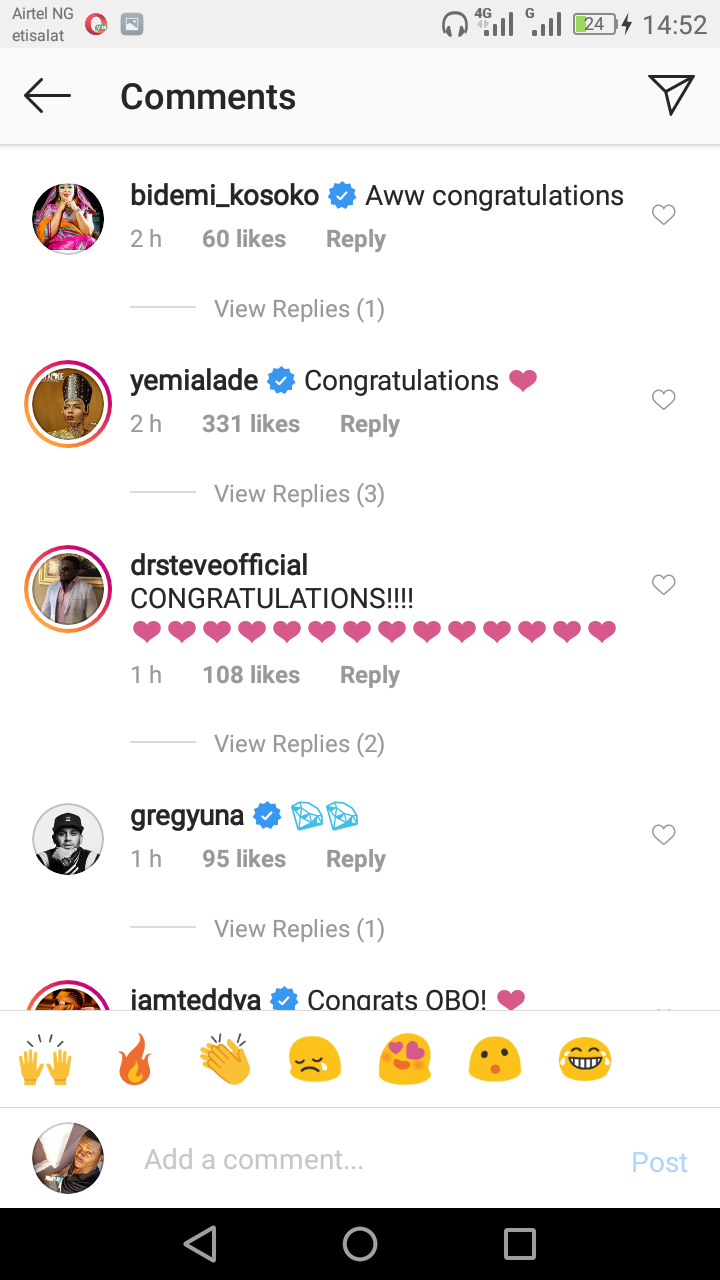 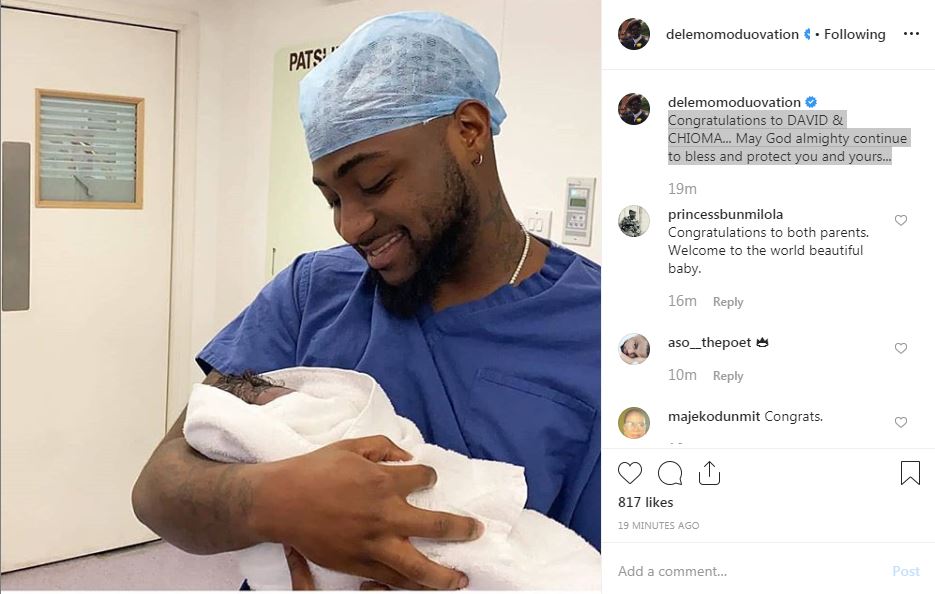 Chioma was also trending on twitter, see some reactions below 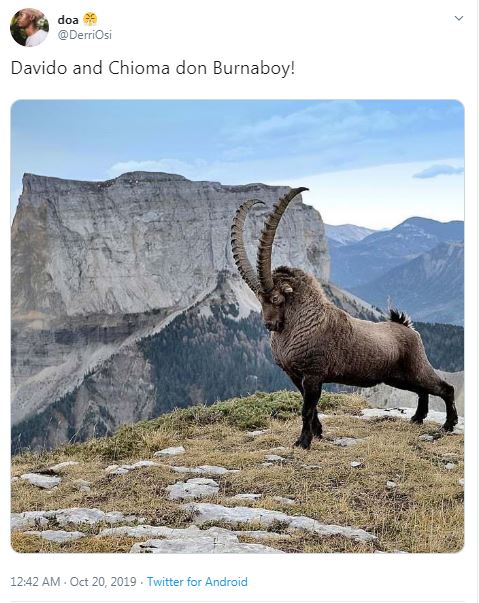 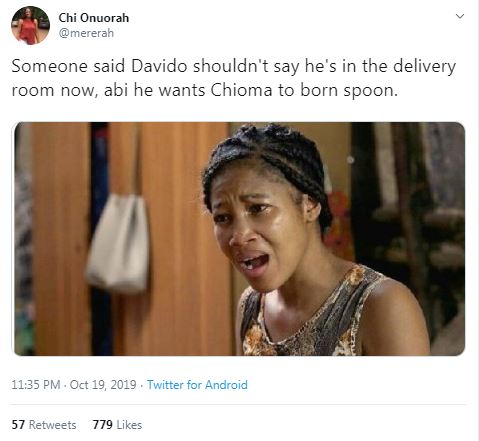 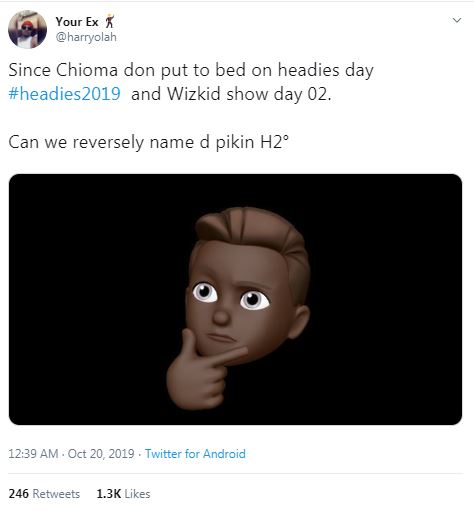 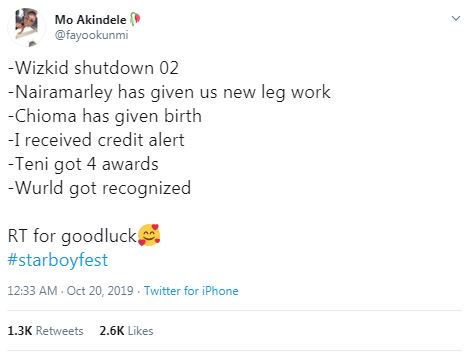 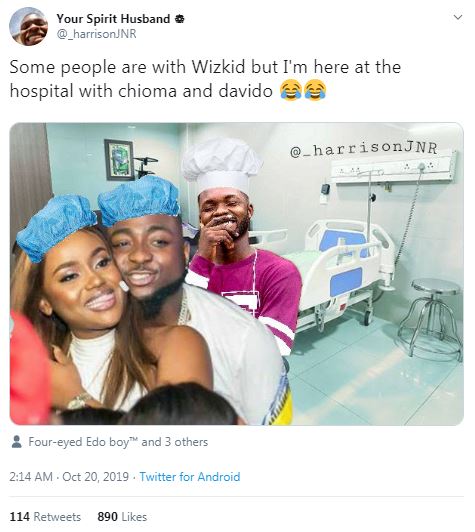 In a new post she shared, Chioma wrote “Daddy of the Year”. See photo below Chioma said Davido is “daddy of the year” 😍 pic.twitter.com/jRuE8qC1Ou