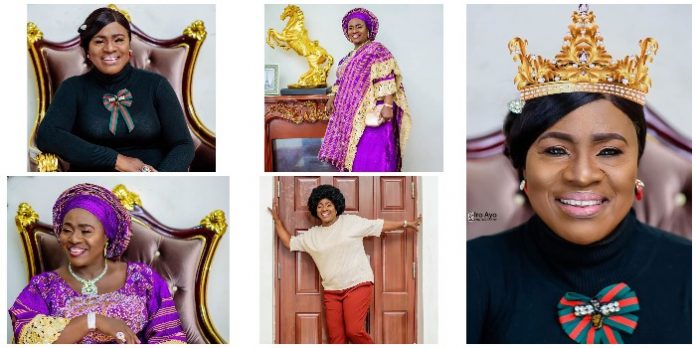 Congratulations are in order for veteran actress Idowu Philips, popularly known as Iya Rainbow, as she celebrates her 77th birthday this Wednesday, October 16.

In the mood of celebration, Iya Rainbow took to her social media page to share adorable photos while appreciating God for making her witness another year.

A post shared by MAMARAINBOWOFFICIAL (@mamarainbowofficial) on Oct 15, 2019 at 2:14am PDT

The grandmother has definitely enjoyed God’s grace as she looks radiant and younger than her age in the new photos she posted on her page.

Donned in beautiful outfits, the grandmother is definitely a beauty to behold.

A post shared by MAMARAINBOWOFFICIAL (@mamarainbowofficial) on Oct 15, 2019 at 11:32pm PDT

From being a stage performer to a film artist, Iya Rainbow is as popular as naira and kobo in the Yoruba movie industry.

OCTOBER16 🎺ITS ALL ABOUT ME⭐️ MYSELF 💖MAMARAINBOW77TH The euphoria of a blissful birthday knocking fervently on the door betides my gleeful heart🙏👑👑🎂🥂🎂🥂🍎 Before cutting my cake, and savoring fine wines, I choose to make my wishes before it is dawn; may I enjoy a new age of love, wealth and health. Happy birthday in advance to me. 🎷🎻 BABA BABA BABA ESE OO BABA ESE O BABA MOWA DUPE BABA🎻🎸🎺 Accessories by @aramot_classyndressy Facebeat N gele by @meezy_beautylodge Photo by @iroayo_photography Shoe and bag @tima_beautypalace Tailored by @ronnyhouseoffashion aso oke and gele @newuconcepts_events

A post shared by MAMARAINBOWOFFICIAL (@mamarainbowofficial) on Oct 15, 2019 at 3:45am PDT

The beautiful grandmother started her acting career with her husband, Ayanfemi Oroniyi Phillips, who was the leader of Osumare Theatre Group. Phillips worked closely with the late patriarch of the Nigerian film industry, Sir Herbert Ogunde.

After the death of her husband, Iya Rainbow started full-time acting. Many years later, she remains one of the most respected actresses in the industry. Even at old age, Iya Rainbow has not stopped working and she has also been privileged to be ambassador to a number of brands.

Check out more photos below:

16OFOCTOBER 👑👑 🎺🎷🍎 All is set for the historic day I was born. Happy birthday in advance to me. May I enjoy a new age of prosperity have been seen the love since yesterday MY GOS WILL LOVE YOU MORE FAMILY AND FRIENDS ⭐️🙏🙏🙏 . . Facebeat N gele by @meezy_ beautylodge Photo @iroayo_photography Shoe and bag @tima_beautypalace Foto by @

A post shared by MAMARAINBOWOFFICIAL (@mamarainbowofficial) on Oct 15, 2019 at 11:09am PDT

A post shared by MAMARAINBOWOFFICIAL (@mamarainbowofficial) on Oct 15, 2019 at 1:52pm PDT

A post shared by MAMARAINBOWOFFICIAL (@mamarainbowofficial) on Oct 16, 2019 at 12:23am PDT

As expected, fans, friends, and colleagues of the actress have also celebrated with the birthday celebrant. 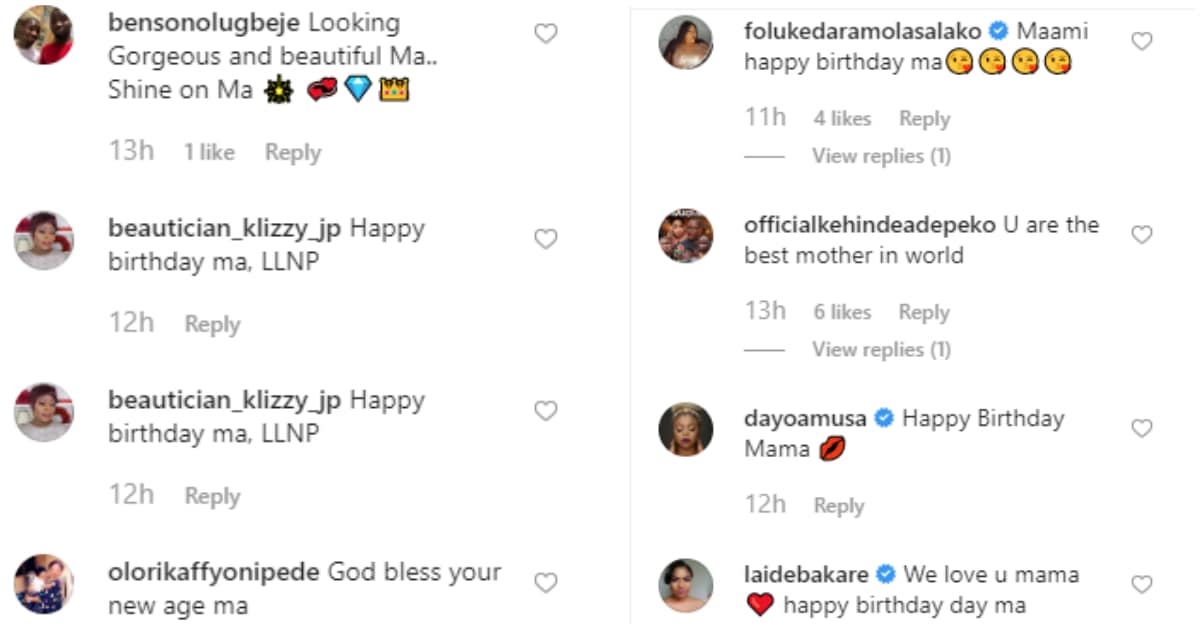 Meanwhile, We earlier reported that Iya Rainbow went to the beach dressed in a white garment to pray for Nigeria. The veteran actress Iya Rainbow took a bold step in concern for Nigeria amidst xenophobic attacks in South Africa. She also prayed for Nigeria and her citizens to prosper.