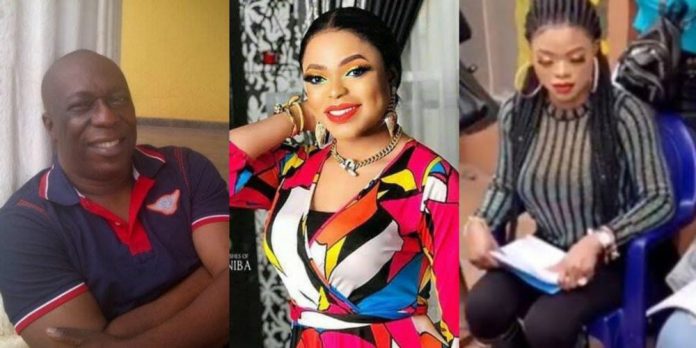 Nigerian cross-dresser Idris Okuneye popularly known by many as Bobrisky has fired back at Charles Awurum, who he described as a useless old man after he expressed his displeasure with him landing his first acting gig. 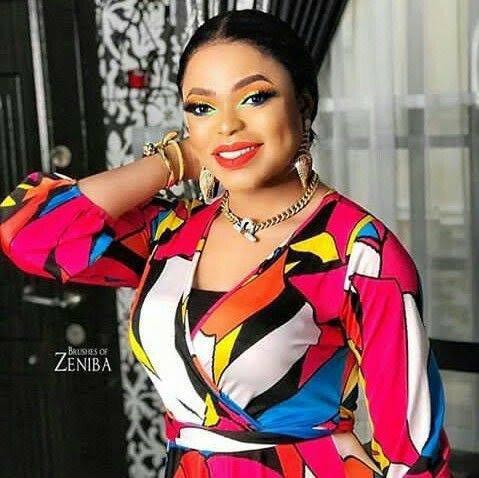 Charles Awurum who called out Nollywood producers and directors for being greedy and evil by allegedly encouraging gay men and people who bleach, rained abuses on them.

He shared his video with the caption ‘Bobrisky and the movie industry. #thisworldisrigorousmenshit’ 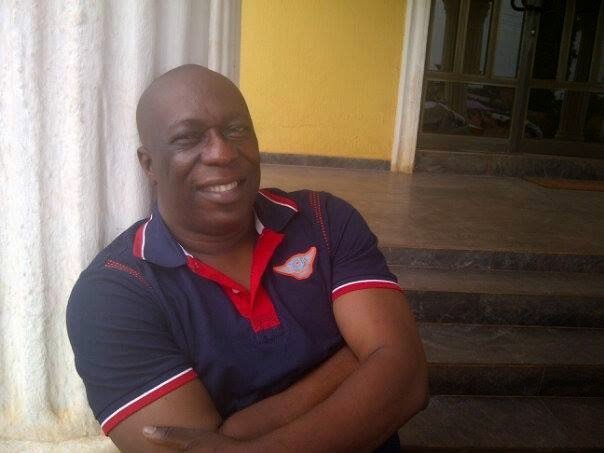 However reacting to the call out post, Bobrisky who described Charles Awurum as a useless old man, added that he decided to become a woman since being a man wasn’t paying his bills. 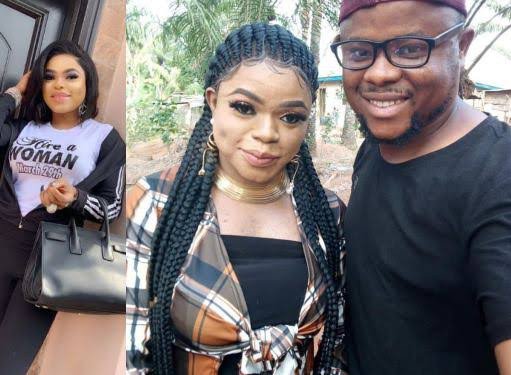 “Dis is another useless man we have in the English nollywood. All the effort you use at talking about me old fool can better your life if you take your career serious. You are one of the poorest nollywood old man we have presently in Nigeria. Many of your mates mind their business but you choose to cross my path. See his fat head like over fed frog �. Have ignored many of your rubbish troll about me but dis night will never pass you by. I’m not the one that swear for you not to make money in the industry so take your bitterness to your family and children. Useless old man with fish � brain. See his bend mouth like bedding rollers ���. It’s been a while I clap back here but I guess I will resume my madness back since you foolish set of gorillas � won’t allow me breath in peace. Stupid old man. As man no pay me for a living and I decided to switch to a girl /boy is that my offense ? Foolish man” 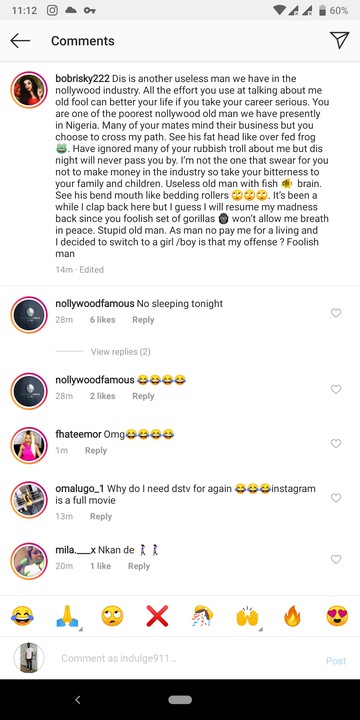