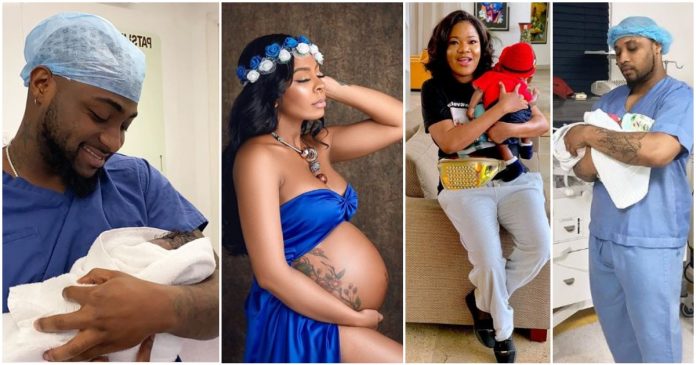 The year 2019 is gradually coming to an end and it is time for us to look at interesting things that happened from January to December.

It appeared to be a baby boom year in the lives of many celebrities going by the number of stars who welcomed children.

We gathered 10 celebs who welcomed children in 2019.

Many people did not know how much actress Toyin Abraham was loved until she welcomed her first child, Ire, with her husband Kolawole Ajeyemi. The outpouring of love the actress received was wonderful as her fans even defended her against trolls. 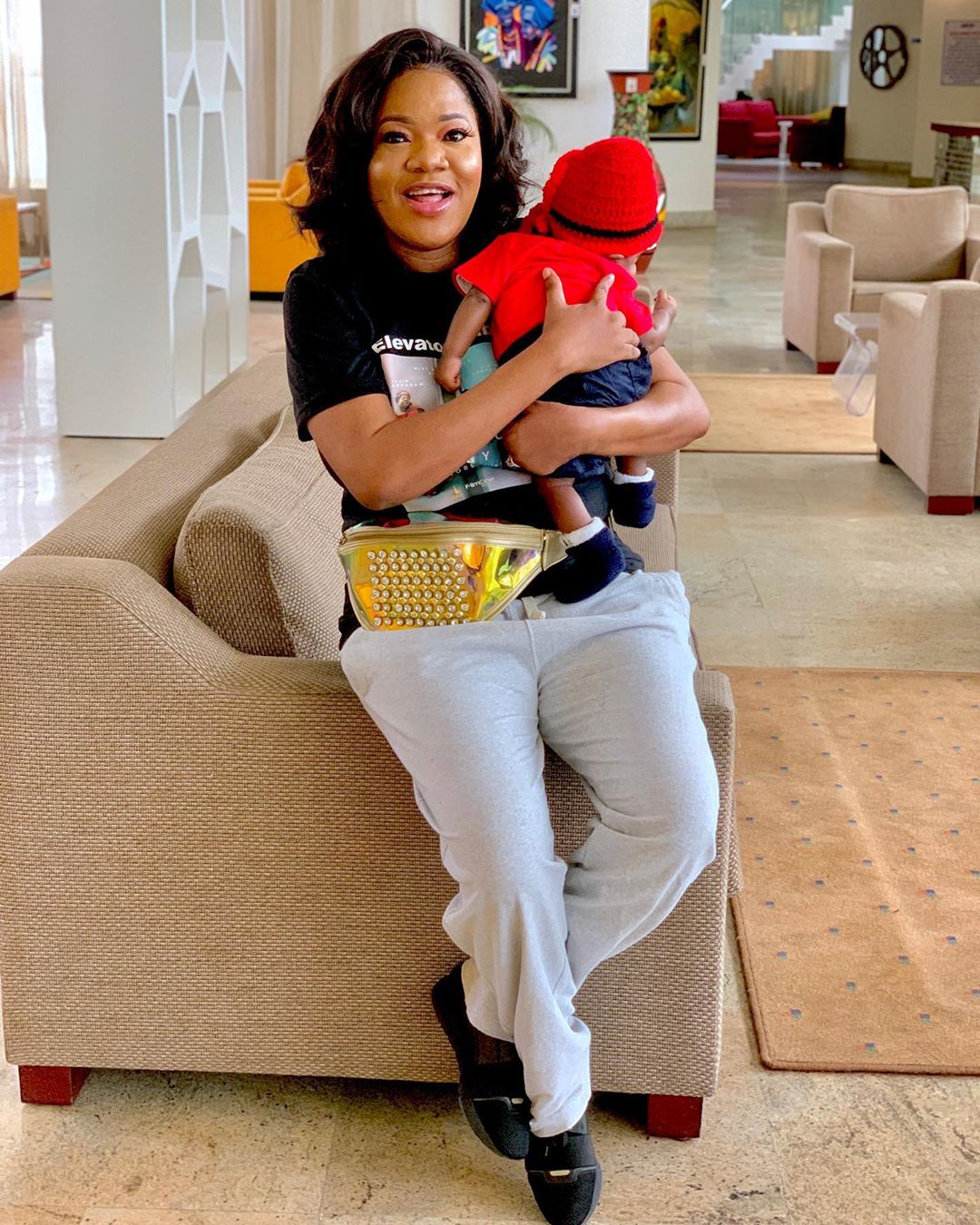 Our sweet baby girl Reign Nwachinemelu Ezerika made her way into this world ? on the 26 of August 2019. It still feels,like a dream. I’m not the perfect girl. But I’m blessed to have the perfect gift at this time of my life. With love from momma❤️. erhmmm daddy loves you too ????

Popular Nigerian actress Ruth Kadiri welcomed her first child on Monday, August 26, to the joy of fans on social media. The actress gave birth to a cute baby girl and later shared her photo online. 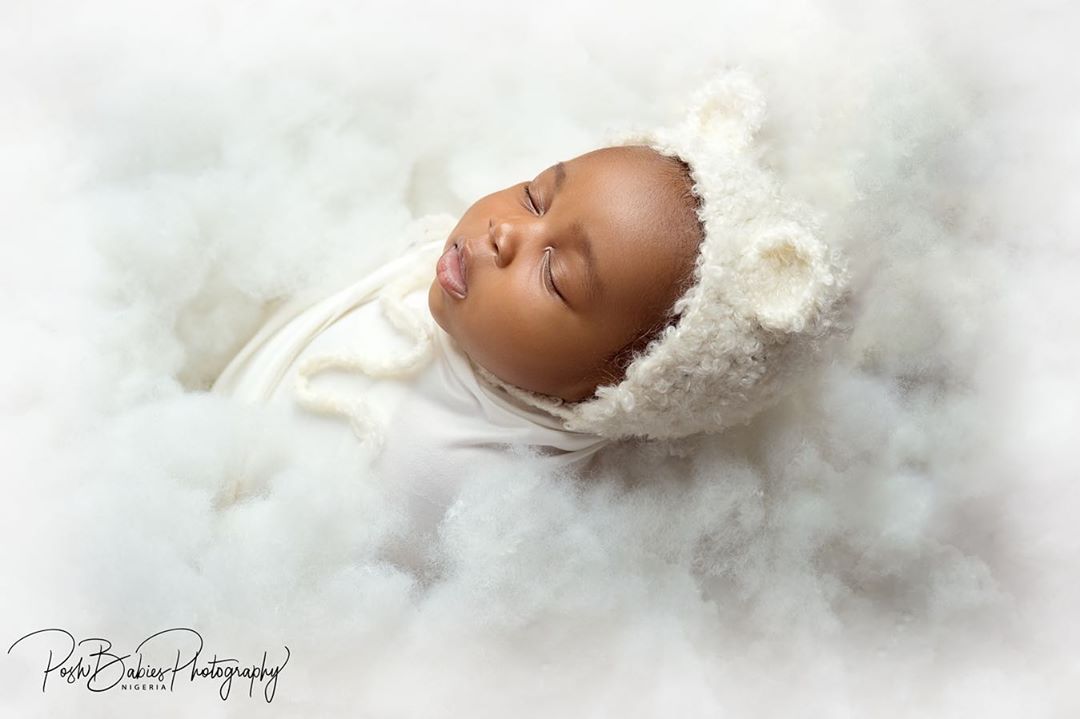 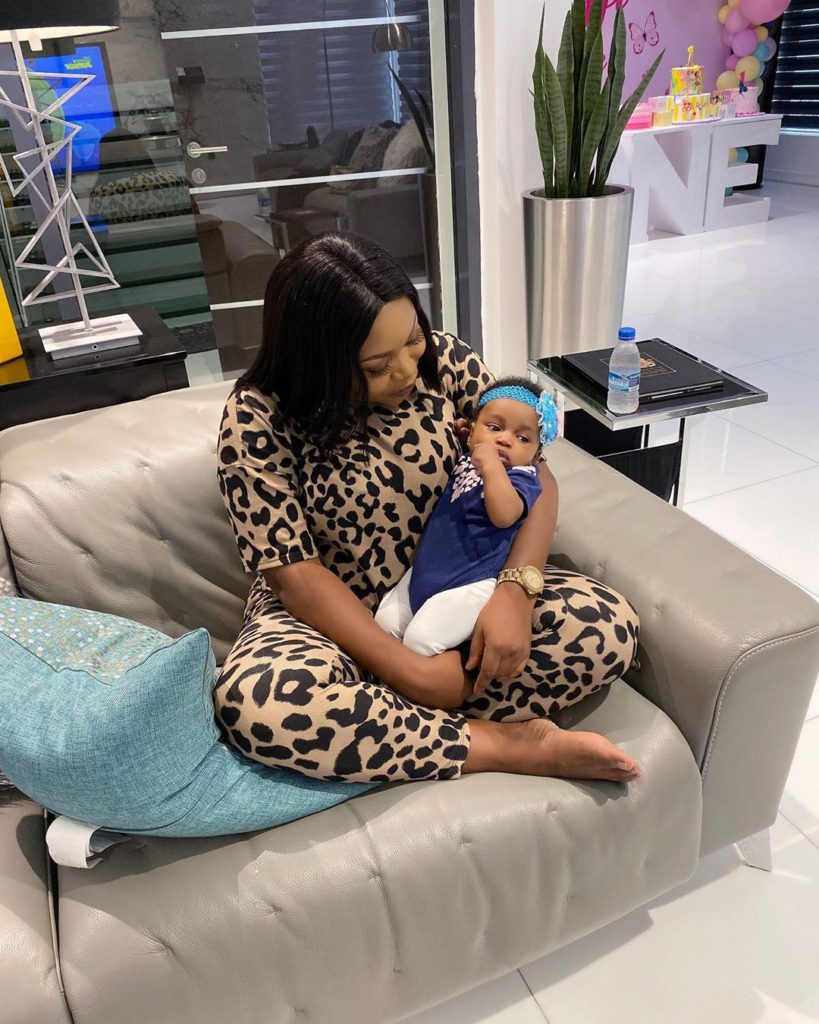 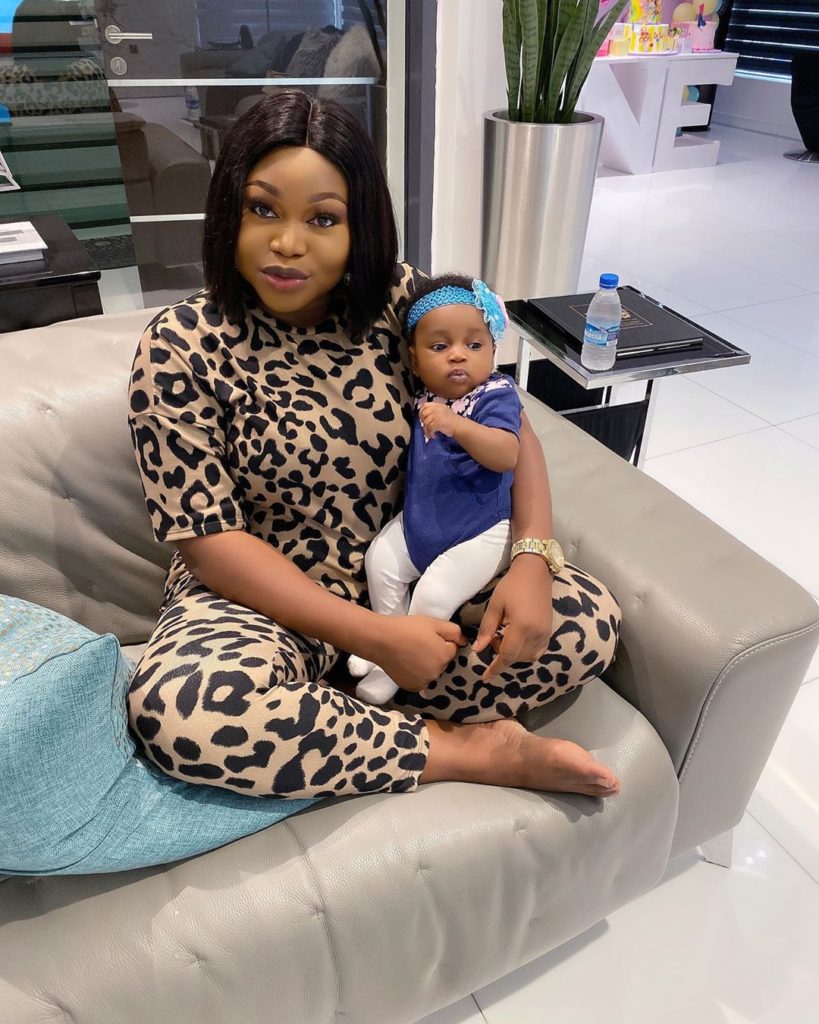 My joy knows no limit .. Its boundless … Appreciation to God for the process and seeing me through it all … Birthing a new being is a whole new level and experience for me … my love We welcome our child ….. oluwa modupe

Popular Yoruba actress, Ronke Odusanya, became a new mother after she welcomed her child in August 2019. The excited film star shared the good news on her Instagram page as she said that giving birth is a whole new level of experience.

here are some more pictures 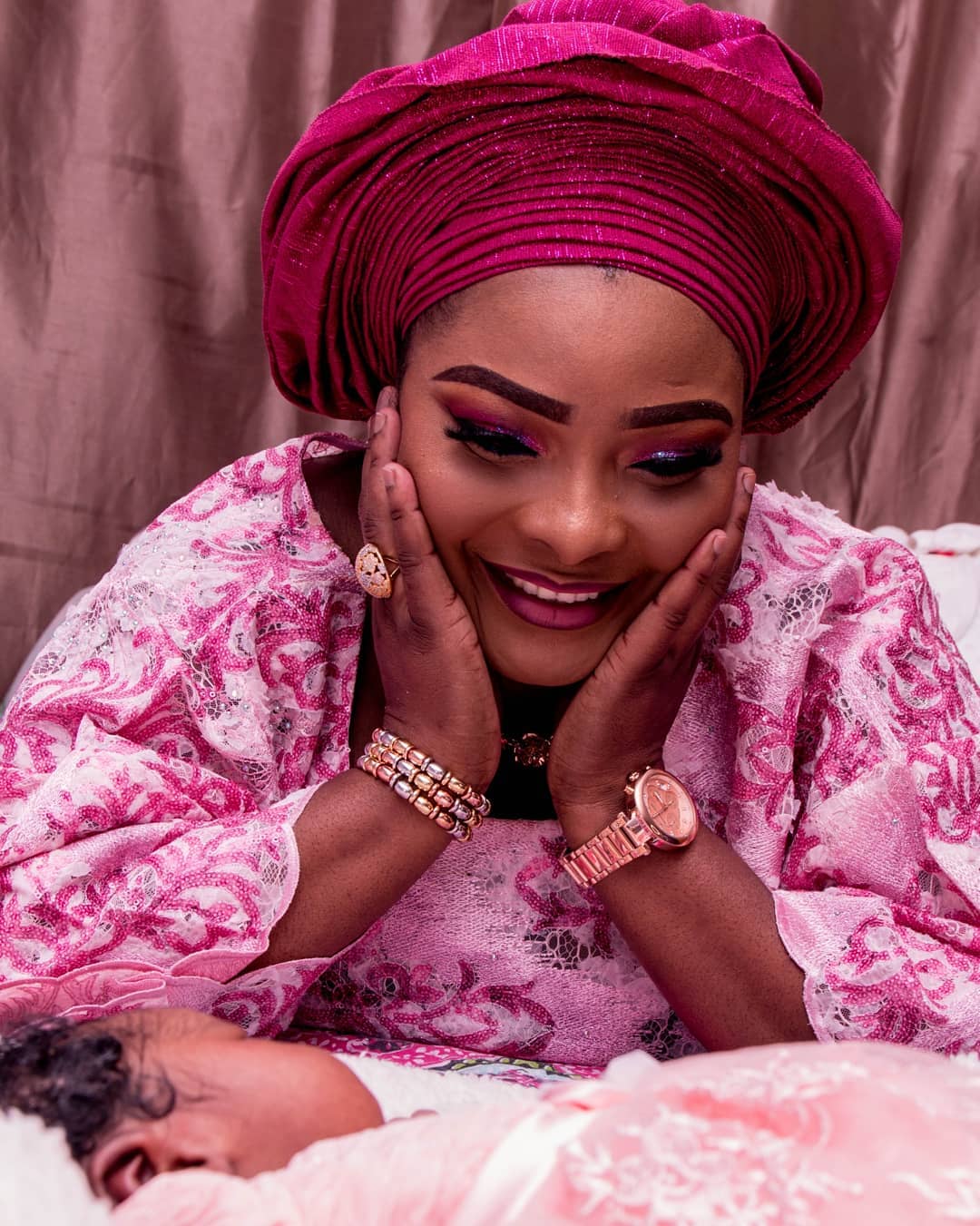 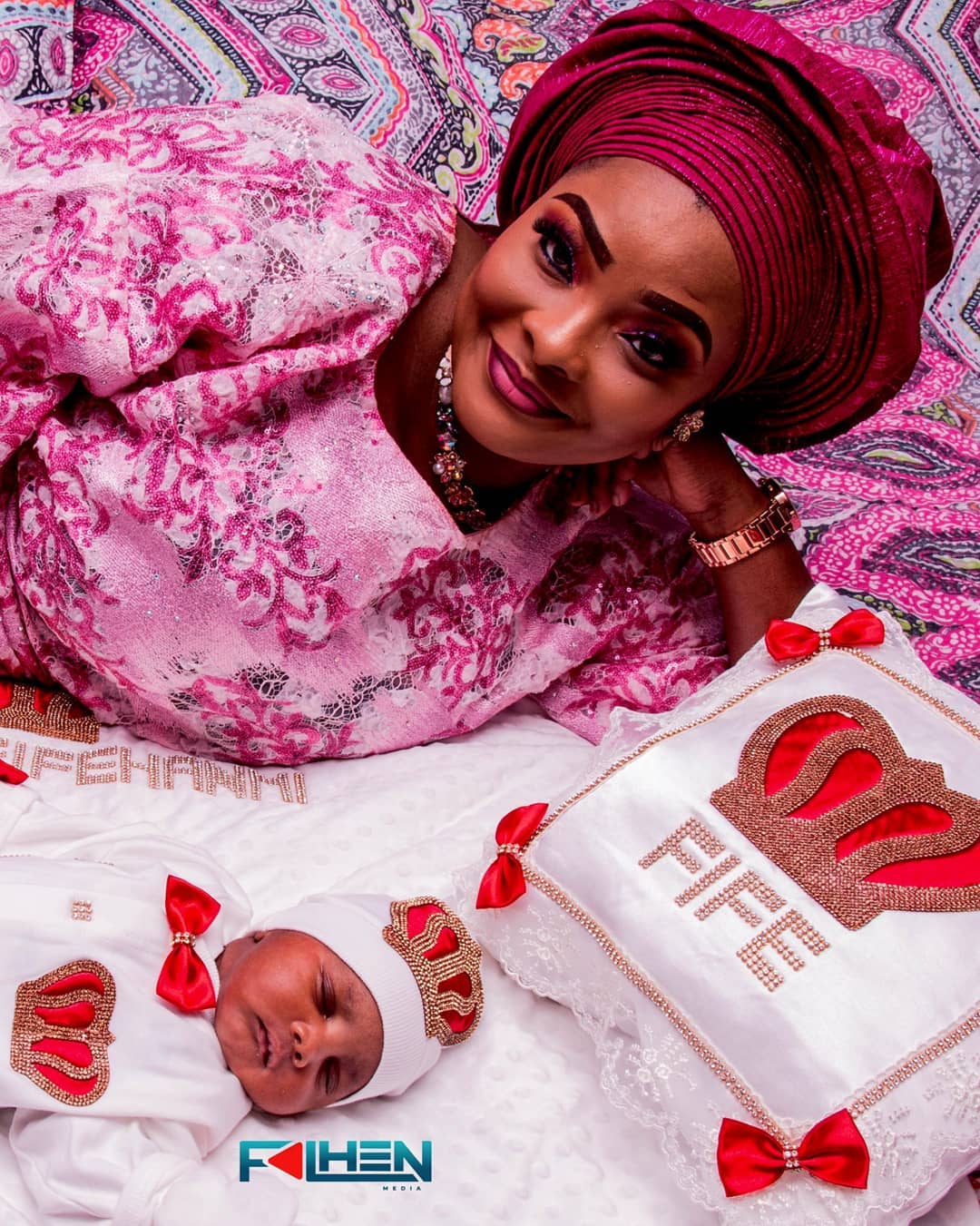 Media personality, Maria Okan, welcomed her first child in London to the joy of fans on social media.

Maria revealed that her kid’s name is Asaiah Monifé Maria. Then, she also said that the new bundle of joy was delivered on August 16, 2019. 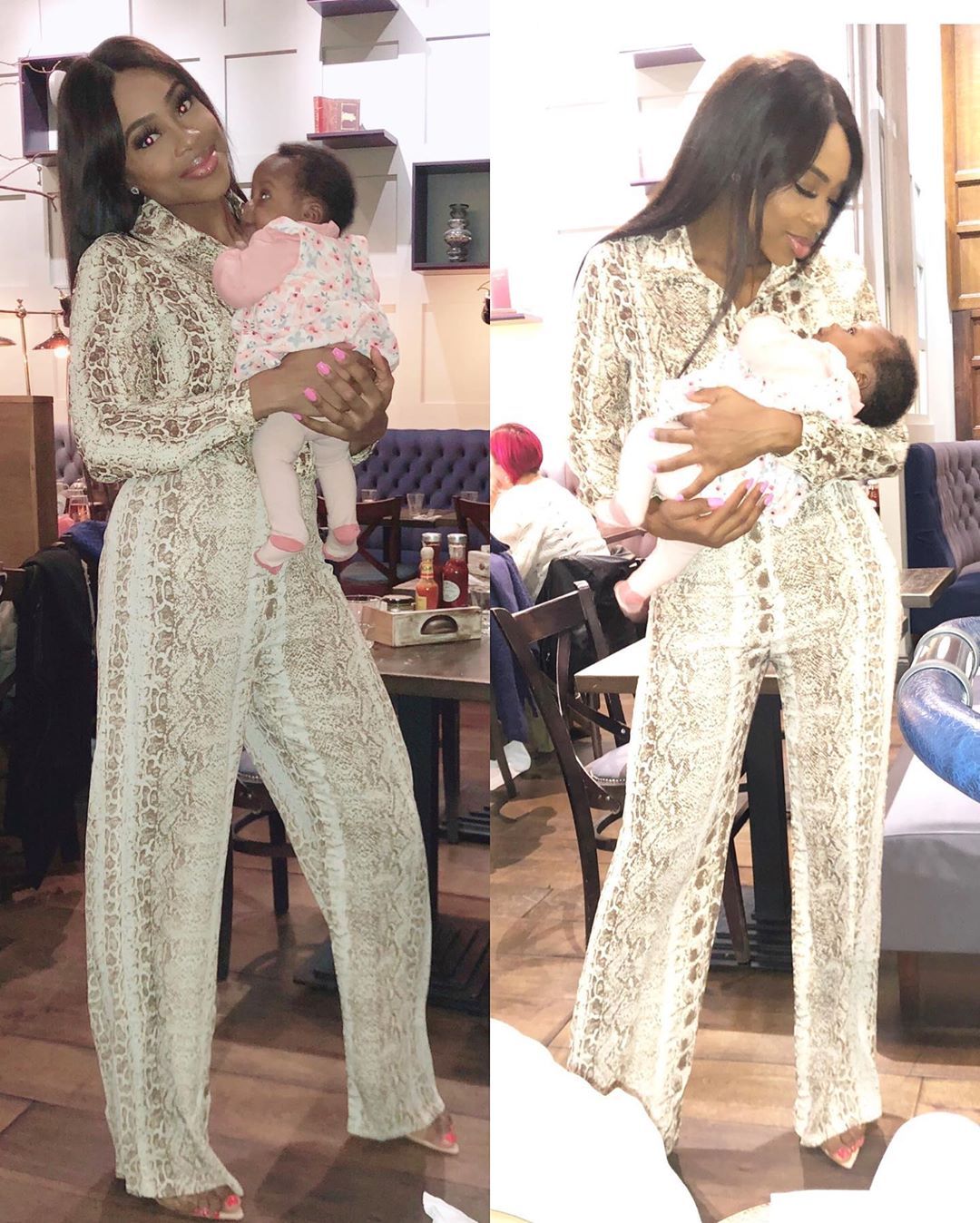 Despite the controversy trailing the identity of the child’s father, this did not stop the mother from showing off her pregnancy on the internet.

#Pregnancy – Enjoy it cos you would miss it when your child is born they told me. Miss it? Miss the bloated-ness? The wobbling? The discomfort? The pee-ing every 20 mins? The struggle to get in & outta bed, The itching? Maybe I would miss the Heartburns? Those were almost the worst! Or maybe the itchy-ness cos those definitely weren’t of God or maybe the Purple feet ?? No, I know, I won’t miss the discoloration, all the rashes on my back & my Bum disappearing. I was certain I won’t miss any of it. But Guess what? Yesss- You guessed right! I miss it All… And I would do Gladly do it All over again in a heartbeat if I had to. #maternityphotography #sexymama #regal #motherhood #mothertobabyS” Special thanks to @georgeokoro who was super patient with me & stayed up till almost midnight to capture the cutest photos☺️God Bless you ?? @jideofstola beat my face to perfection: Thank you Boo although I am vexing for you and you know why?? @mascoteda for her patience & skill in draping me in almost 15 yards of silk- I appreciate you mamaBambina? @simplysorrentino for sourcing everything cos I simply couldn’t do it myself & for always being there?God Bless you my Akeen. Hair is by @royalhairs & I’m sorry but I can’t remember who styled it.

BBNaija 2017 star, Tokunbo Idowu, popularly known as Tboss has joined the league of new mothers in the entertainment industry after she welcomed her first child in September 2019.

I have known Love. I have loved & I have received love in return But I have Never known a Love so pure. My daughter, young as she is gives me the Bestest, Sloppiest kisses ? the way she touches my face, she loves my family but in Mommie’s arms it is the Coziest??? These kids, they Know , they know Everything. #TrueLove #FutureBestFriends #BeyondBlessed?? #Grateful #GodtrulyisTheGreatest Facial was done by @venusaesthetics who helped me get rid of All them pregnancy discoloration & see my smile? Yeah my teeth were whitened by @crystal_palace_dental_care ?. Ps: They are both having Christmas offers so please go check them out & be Popping this holiday- Beauty isn’t just about nice clothes & shoes, it is skin deep. 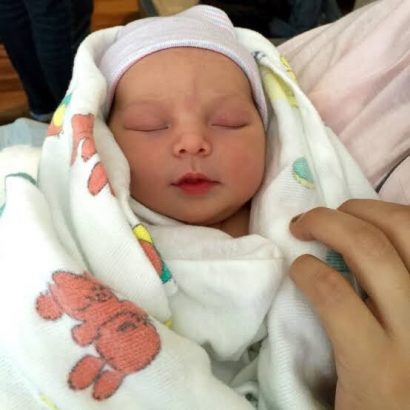 Handsome Nollywood actor, Kenneth Okoli, became a new daddy in 2019 after his wife Jessica delivered their first child, a boy, on September 14, 2019. The proud father took to his page to share a photo of their newborn.

Top Nigerian singer, David ‘Davido’ Adeleke, became a father for the third time after his fiancé, Chioma, gave birth to his first baby boy. The Risky crooner already has two daughters from previous relationships. The news of Davido’s son was met with joy on social media and the baby boy was named Ifeanyi Adeleke. Davido’s cousin, B-Red, also became a father in 2019 as he welcomed a child with his girlfriend, Faith.

B-Red shared a photo post on his verified Instagram page in which he was spotted carrying the newborn baby in his arms, in the hospital.

Sharing the news, he said: “I welcome my son Jordan Adetayo Oshioke Adeleke @thefaithjohnson_ you carried my baby for 9 months, I love you wifeyyy “

Talented Nigerian singer, Olamide Baddo, welcomed a second child with his long-time lover, Bukunmi, in the USA. Recall that the rap act welcomed his first child, Batifeori Maximiliano Adedeji, with the same lady, way back in 2015. It has also been rumoured that Olamide is the father of OAP, Maria Okan’s child. Nollywood actor, Tunde Owokoniran, and his wife, Tunmise, welcomed their second child, sometime in August 2019, in the United States of America.

“And ALLAH has extracted you from the wombs of your mothers not knowing a thing, and HE made for you hearing and vision and intellect that perhaps you would be grateful.” (Q. 16:78)…………Alhamdulillah ??

A post shared by Babatunde Tilapia Owokoniran (@tundeowokoniran) on Aug 18, 2019 at 5:41am PDT