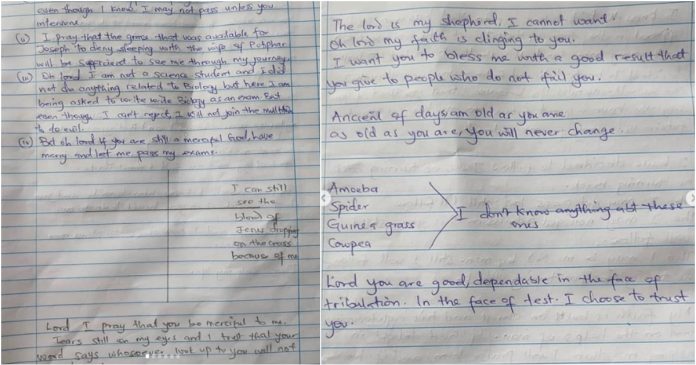 We Came across the story of an exam official who revealed to his friend what he found in a student’s biology answer sheet while marking exam papers. The exam official said the schoolgirl had revealed that she is Scripture Union (SU) girl.

In her answer sheet, the Scripture Union girl had filled the blank papers with prayers instead of answers because she did not know the answer.

The schoolgirl also wrote a prayer to God on every page, begging him to pass her. She filled parts of the page with scriptures from the bible. 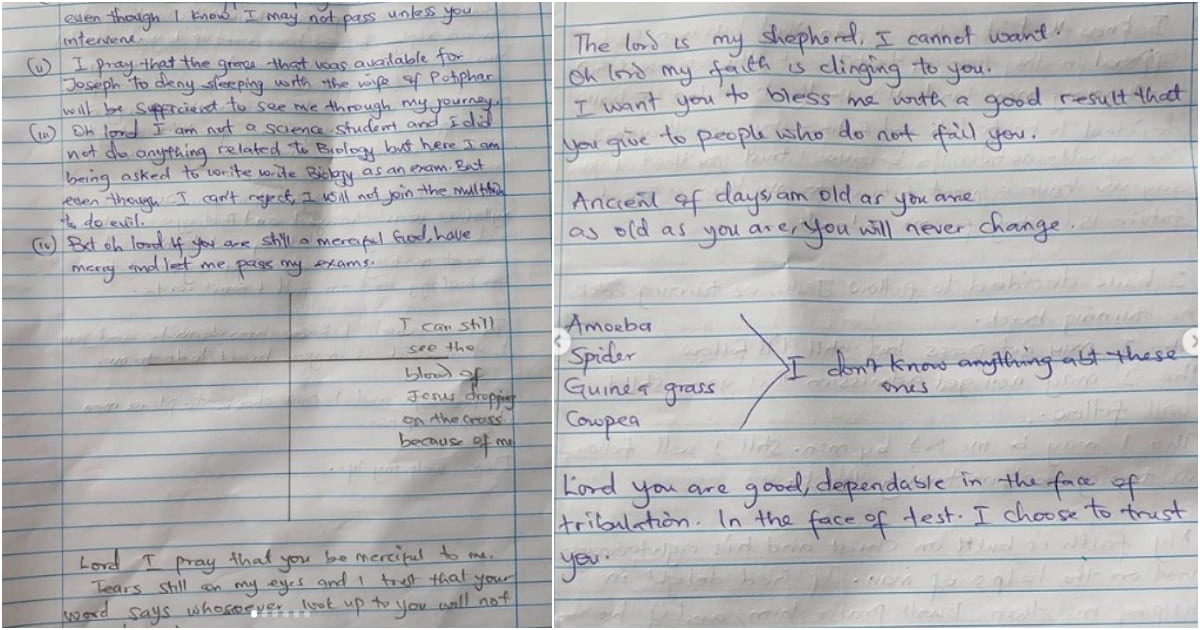 According to a page from the answer sheet, biology had been removed from the subjects she took in her first year of secondary school and she does not know the answer to the questions that were asked.

She stated that biology had been replaced with clothing an textiles. She also said she could not cheat because she has a fear of God.

Scripture Union (SU) girl Who refused to cheat in school exam, writes prayers in her Biology script _ "I visited an Exam Official and he showed me the answer booklet of a girl… She said she's an SU and wouldn't take expo from them. _ Then see what she wrote in her answer booklet in her Biology NAPTEB Exam. ========> What's your opinion on this?"