Home Celebrity/Entertainment See what Actress Dayo Amusa did to an online troll who called... 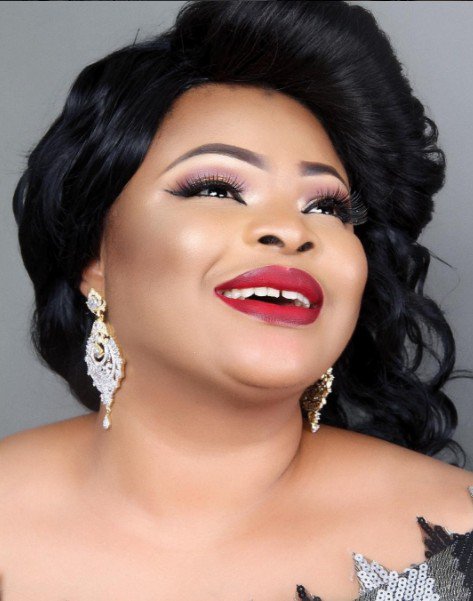 Nollywood actress and talented singer, Dayo Amusa, recently left many social media users impressed with the way she handled a troll who came on her page to insult and mock her over her relationship with musician, K1.

It is no news that celebrities suffer criticisms from both well-informed and ignorant trolls. While some celebs have been known to be savage when handling these unwarranted attacks, there are some who haven chosen to deal with such hatred, with love. 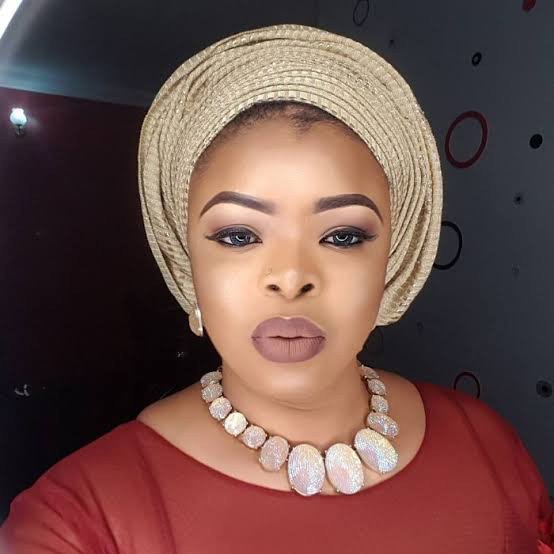 One of such persons is Amusa. Due to her closeness with fuji musician, K1, many assumed they were dating. However, a particular troll came on her page to not only insult her but allege it was due to her prostituting behaviour, she was kicked out of the musician’s house. 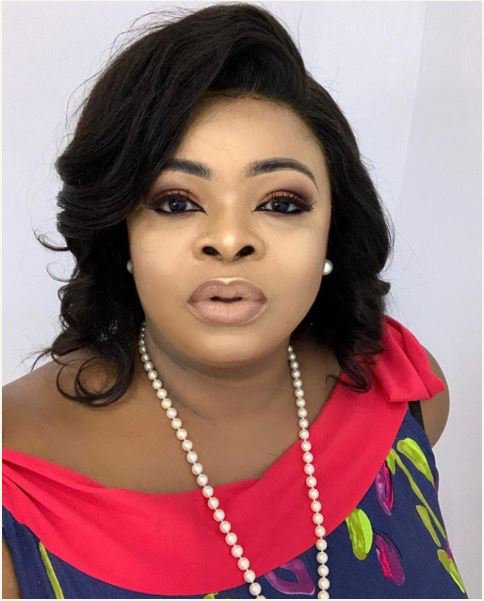 In the troll’s words:

“Confirm olosho. Werey, na why K1 pursue you comot from him house.” Rather than get angry and make her response reflect it, she prayed for the troll.

She replied: “Hey yaaa! See what frustration and depression has turned you to. So it has results to venting your bitterness over my matter this way? O ma se o. I feel sad and I pray for you. Pele! Please help me pray for this my friend here before e go suicidal. E dakun.”

See screenshot of the exchange below: 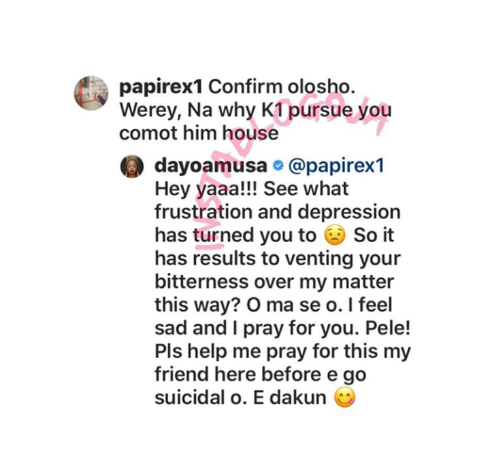 yesterday we reported that, Dayo Amusa is expecting a baby, read more below

This is definitely a piece of good news from Nollywood stable. Just as many are rejoicing over the pregnancy announcement of Halima Abubakar, many more would rejoice when they start noticing Dayo Amusa and her baby bump. 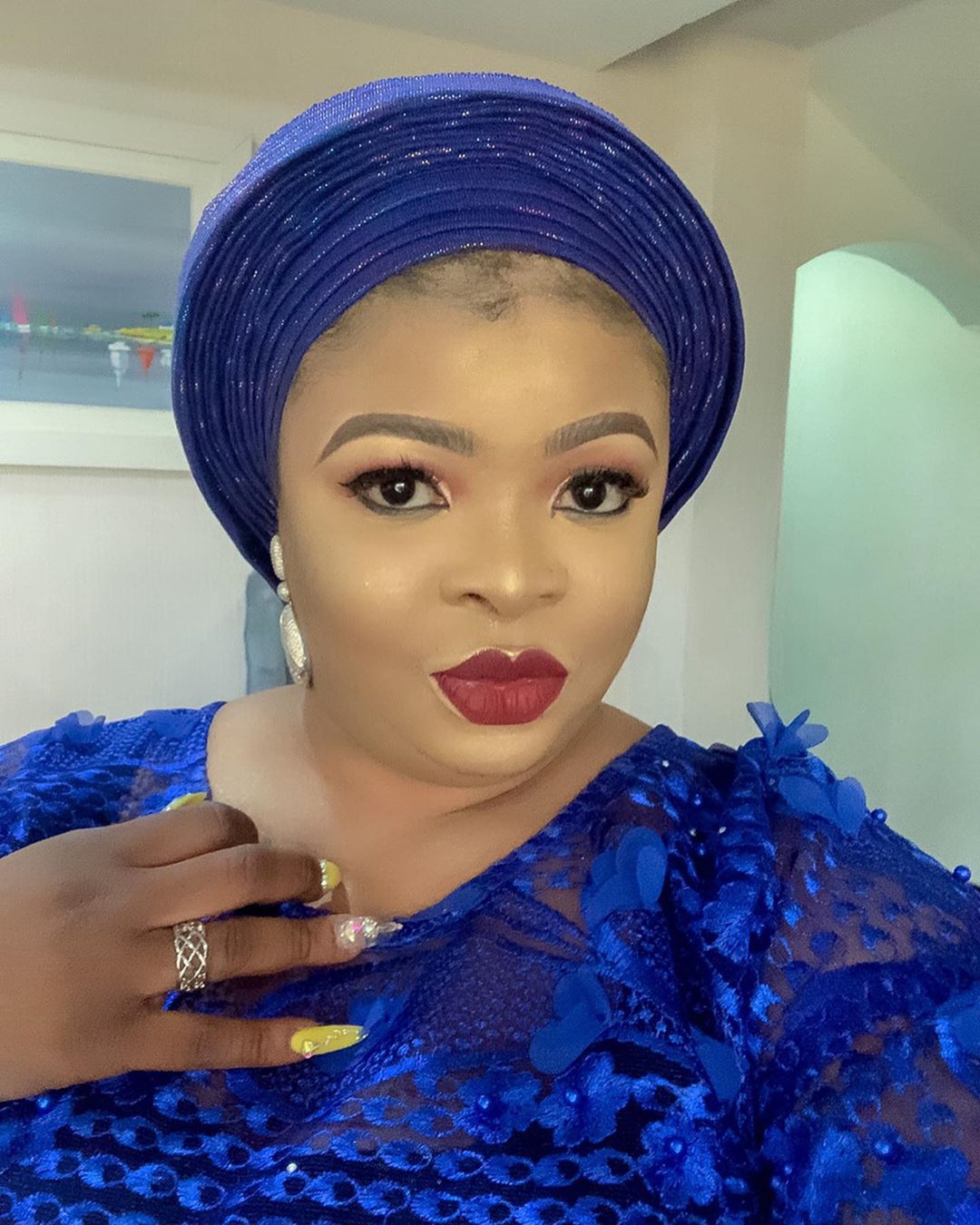 Though the Nollywood actress, Dayo Amusa, hasn’t made her announcement public like Halima, friends and colleagues are saying it in hushed tones. Already engaged to a man who is based abroad, Dayo is overdue for marriage. 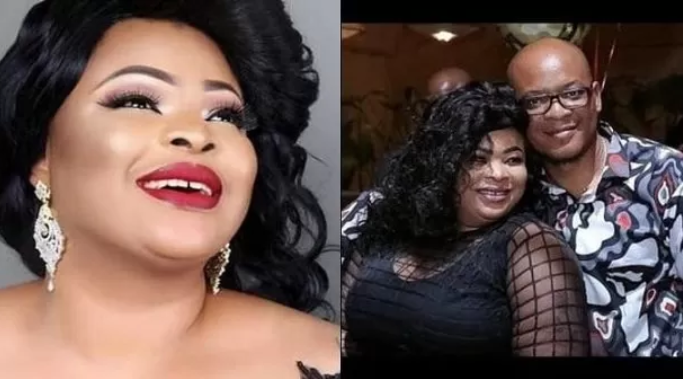 The buxom actress who was once romantically linked with a popular Fuji musician who has many wives and children, had once insinuated that she could be married.

In the interview, she revealed not wearing wedding band doesn’t mean she is not married. She said, “I wonder what gives people the impression that I’m not married. Is it because I don’t go around wearing a wedding band? I could be married but decide to keep it away from my public life don’t you think?”

However, the actress who is in her 30s showed off her fiancé for the first time in April 2019. Then, she stepped out with him to celebrate a surprise birthday party she organised to mark his special day on the 28th of April 2019.

Want to meet her fiancé? Well, he is identified as Wale Ade, a US based auto dealer. He also has several offices across states in Nigeria.

Recall that few months ago, Dayo Amusa revealed that she is engaged. She revealed this, after a fan jokingly asked if he could take her out on a date and even marry her.

Although the actress was not linked romantically with any man at that time, but she was constantly talking about matters of the heart and marriage.

Even though it is yet to be officially disclosed, speculation has it that the lovebirds will walk down the aisle before this year runs out.