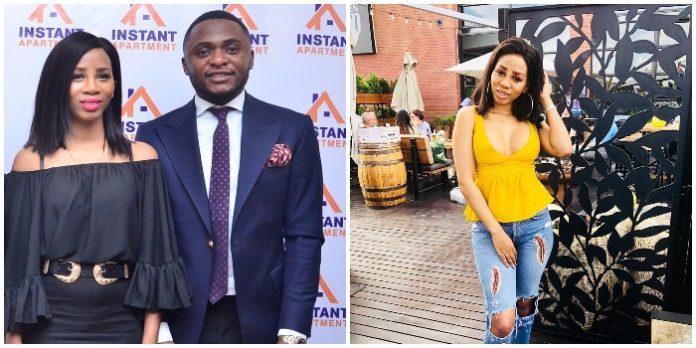 The Nigerian social media has been buzzing with mixed reactions following confirmed reports that music boss and serial entrepreneur, Ubi Franklin, is expecting his third child from yet another woman.

Earlier on, We reported the news of millionaire businessman, Ubi Franklin confirmed he is expecting a child with his South African staff, Nicole Siyo is going to be his third baby mama.

Process improvement programs are like teaching people how to fish. Strategy maps and scorecards teach people where to fish. Being able to quit things that don't work is integral to being a winner. Nothing is impossible … But some things may take a little longer.

Following this report, several people have taken to social media to react to the news of the businessman welcoming a third child from yet another woman.

While some people are of the opinion that he has a right to fathering as many children as he desires seeing that he is financially buoyant, others however are not taking the news well, stating that his behaviour is rather disgraceful.

Y'all are just being hypocritical about the Ubi Franklin trend..
The guy has his life all planned out & you out here on Twitter have no insight whatsoever about how it is

I mean can't you employ your lover in your own investment & you two have a baby? That's reckless?
Stop it!

Mixing business with pleasure, your business suffers. Sleeping with any of your staff is the height of irresponsibility. Instant group is co- owned by Ubi Franklin but we don't hear about it much this days. I know a babe that resigned because Ubi wanted her at Abuja office.

Ubi Franklin is nothing but a disgrace.. Tueh

Ubi Franklin will be trending back to back in the next few weeks. Calabar men their thing dey work second by second , and I doubt if they can padlock it

The news also got several people on Instagram taking to his comment section to blast him, especially for how proud he sounds expecting a third child out of wedlock. 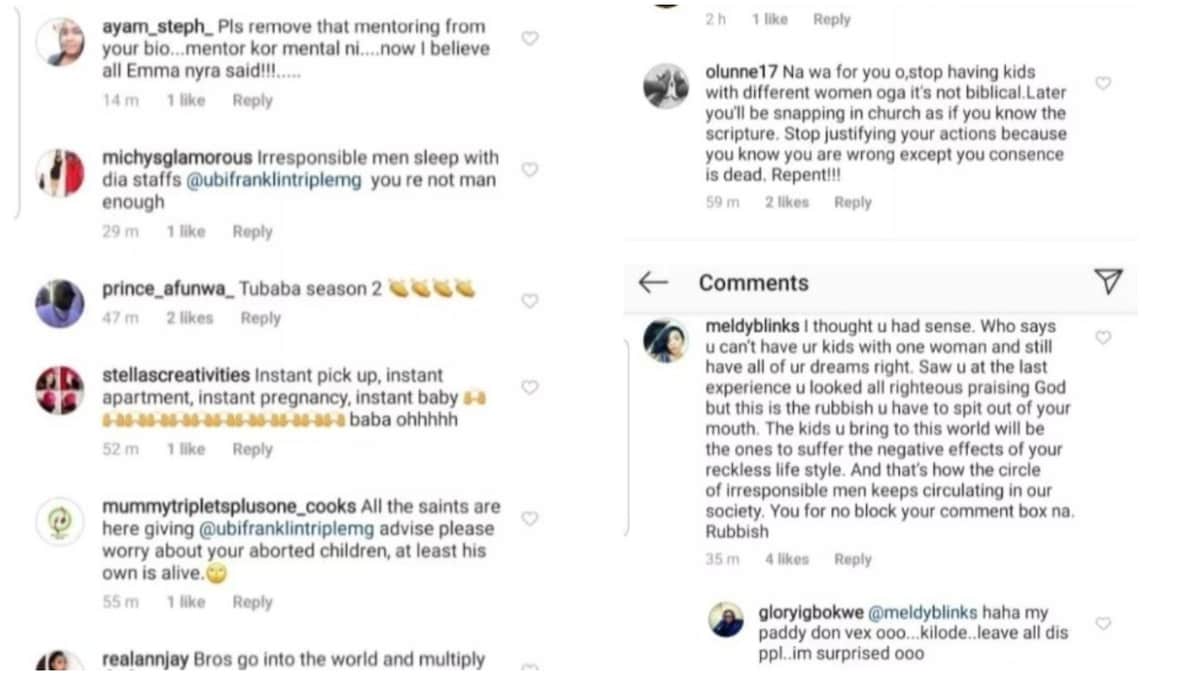 Meanwhile, Franklin, who has been accused of being a cheater by his former partner, Iyanya recently, while giving an in-depth narration of his side of the story made claims that the Kukere crooner was notorious for having affairs with several married women.

He had revealed this after a series of questions bothering on Iyanya’s claim that he domestically abused his former lover and record label act, Emma Nyra.