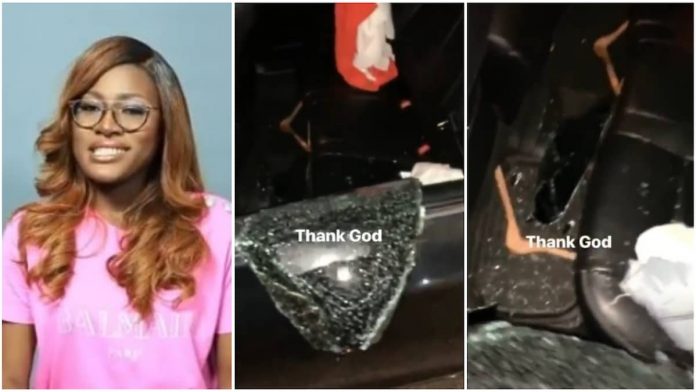 The high level of insecurity in the country has remained a fundamental issue. Nigerian reality star, Alex Asogwa, popularly known as Alex Unsual recently became a victim of this growing ill.

The ex-BBNaija housemate was recently robbed alongside her friend in Lagos. According to the post she put up, their cars were broken into and valuables taken away.

A whole sch, uncountable babes and more in one. Get yourself an Alex unusual. I want to appreciate @solangehairandbeauty for coming through on such short notice, treating me with extreme tenderness and being patient. I hope you all appreciate her as well😍😍 @ronaldthe7th for handling me restless makeup mood😂 @fabolousbanji for taking the most amazing shots of this beauty standing here and doing it with patience. @beunique_b for having amazing outfits in her store, she confused me because I wanted to purchase all the outfits 😂. Don’t forget to view pages and patronize these amazing souls. Unusual stylist @alex_unusual

A bewildered Alex shared a video of the damage done to both their cars and the shock in her voice is almost palpable.

See video from her Instastory below:

She went on to share a post on her timeline, breaking the news to her concerned fans.

She wrote: “Was robbed yesterday alongside @princessdaprada , a lot lost but more to gain in the future as life goes on . By the way, how’s your weekend going‍♀️? I hope it’s as peaceful as my heart, body and soul was when I took this picture ? ✌I love you all. Happy Saturday, Happy weekend.”

Was robbed yesterday alongside @princessdaprada 🥺, a lot lost but more to gain in the future as life goes on 💃🏽. By the way, how’s your weekend going🤷🏽‍♀️? I hope it’s as peaceful as my heart, body and soul was when I took this picture ? ✌🏽I love you all😘😘. Happy Saturday, Happy weekend.

The TV star was in the news just recently for clapping back at a troll who criticized her for giving out small amounts of money to her followers.

Commonly seen on social media are Nigerian celebs and even social media celebs who give out cash gifts and other things to their fans. The giveaways are often a method of either gaining more followers or simply treating fans to some goodies.

Caption this. 10k for the best caption. Let’s play.

While many are usually excited about these giveaways, it appears this Instagram follower identified as @confain had a few not-so-grateful words for BBNaija star Alex Unusual who tried to do a giveaway and she wasted no time in setting him straight. 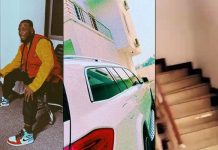 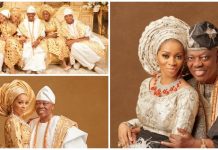 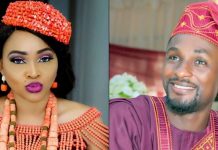 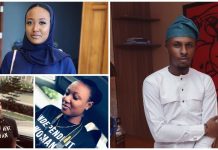