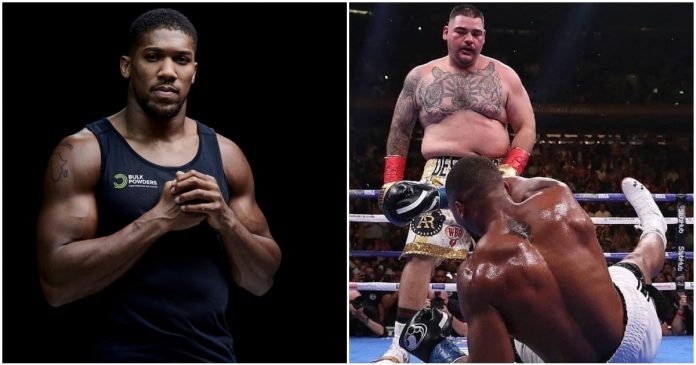 We gathered that British born star lost his IBF, WBA and WBO titles to Ruiz after he was knocked out in the seventh round of the boxing match that took place on Saturday, June 1.

The loss comes as the first defeat of Joshua in his career after winning 20 straight victories with 19 coming by the way of knockouts.

Reacting to the boxing star’s defeat, a host of Nigerian celebrities took to their social media pages to cheer up of their own and offer words of support.

Mavin boss Don Jazzy shares a photo of Joshua and called on him to stay strong.

Nothing do you champ. Stay strong 💪🏾 🇳🇬

Rapper Olamide said: “We rise and fall champ ….. no matter what you going through champ just know the greatest got to suffer sometimes. Comeback stronger “

We rise and fall champ ….. no matter what you going through champ just know the greatest gotto suffer sometimes. Comeback stronger 💪🏾 🇳🇬

In a related Anthony Joshua story, we gathered that the sportsman is currently valued at a whopping £35m, and travels around the globe on private jets and fast cars, without having to spend any of his money. The report noted that Joshua despite his wealthy status leads a humble life and still lives with his mum.