The romance between Ike and Mercy is getting intense by the day, The housemates who have been in an out of a relationship in the house are back and are already talking about taking things to the next level. 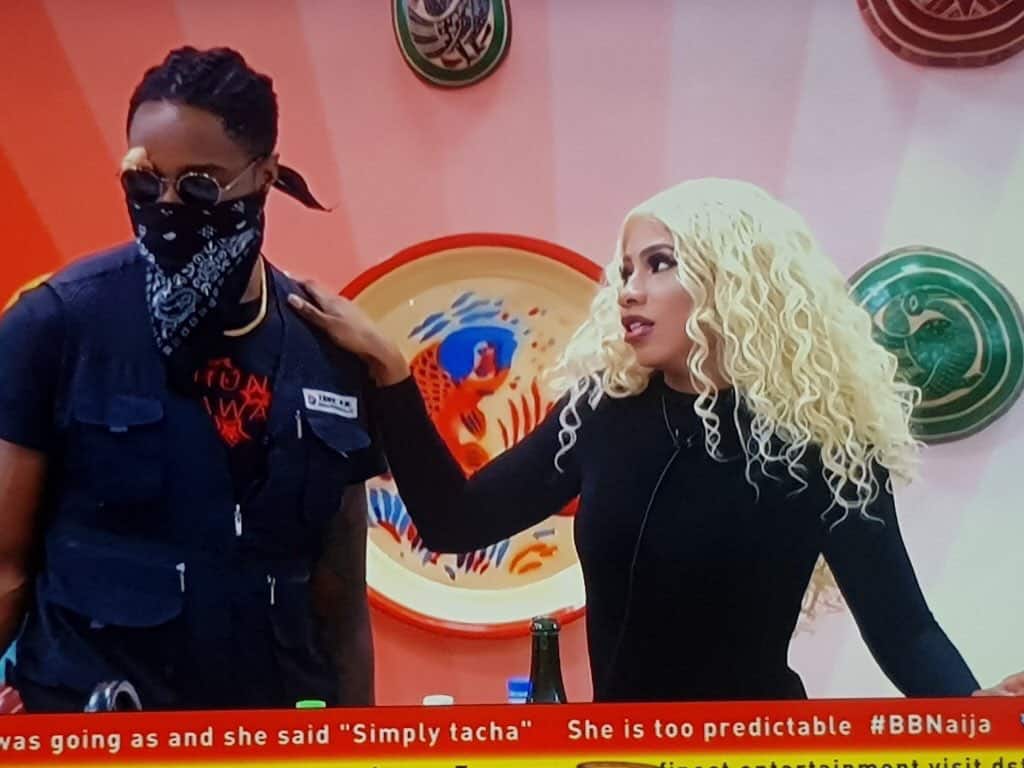 Just recently, Ike confessed how much he loved Mercy and told her that he wants to marry her. The young man begged her not to hurt him and also opened up about the relationship he has with his parents.

Mercy who has captured the hearts of many viewers adviced Ike to calm down and told him she loves him but he should know that his parents love him more than she will ever do and regardless of how they have treated him, they want the best for him.

Ike to Mercy – I love you Mercy, you are the first girl I have ever asked out and I want to be with you forever, I want to marry you… Burst my head! #BBNaija pic.twitter.com/MuDOByy1DF

Their intense discussion led to them getting their freak on in the sheets but most people agree that it was worth it.

Here are some reactions to Ike telling Mercy he wants to be with her forever.

Av you forgotten they Won 2million yesterday he might be grateful that the girl choose him knowing that he’s not a serious human being….he might mean it

??… I like their love sha.. But make dem first comot for house, cos being in close proximity everyday is playing on his emotion. And another thing is that konji might be clouding his thoughts. Remember Miracle and Nina? ?.. I wish dem well.. #BBNaija

Mercy is such a sweet and wild girl, her trait is very rare.
A freaking realist.
I stan all over again. #TeamMerike #MercyLambo

Meanwhile, BBNaija housemate Khafi was currently in the news after she mimicked former housemate, Alex, for how she acted when Leo got evicted from the house.

Many social media users blasted Khafi for her actions and many stated that she would do worse in the case of Gedoni, if he gets evicted before her.