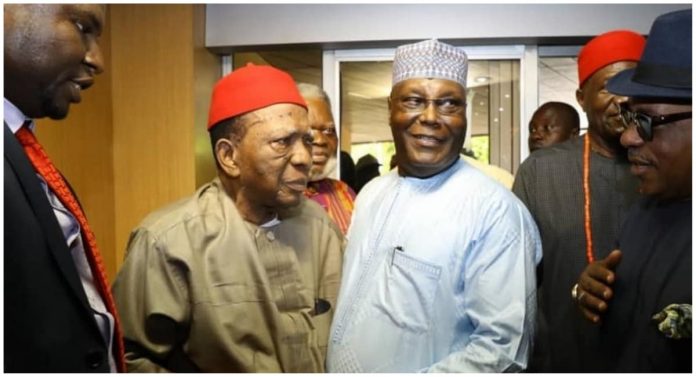 According to Daily Trust, Nwabueze appeared just as the PDP was scheduled to tender result sheets used in the February 23 election, at the tribunal. 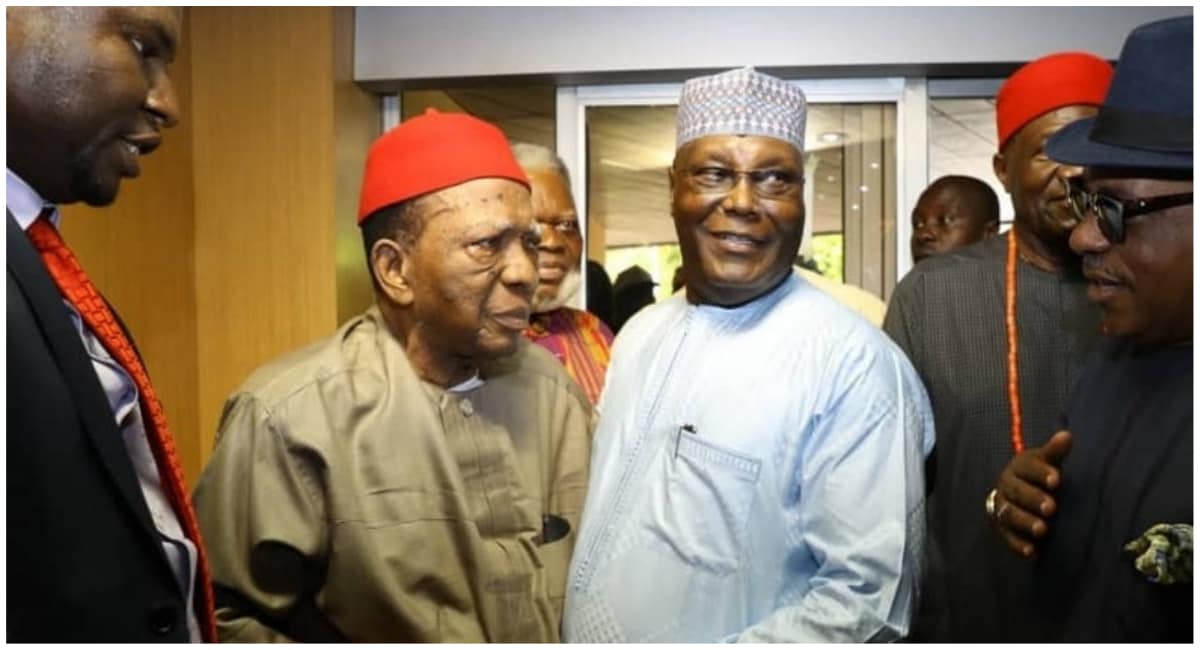 We gathers that Nwabueze, after reaching for the mic, requested the panel to allow him make his address while seated. The request was accepted by the panel’s chairman, Justice Mohammed Garba.

While announcing the names of other lawyers appearing with him, the legal scholar was barely audible and eventually had to hand the role over to Dr Livy Uzoukwu (SAN).

In his short remark, Nwabueze stressed that “the determination of the petition will certainly impact on future elections and constitutionalism in the country.” 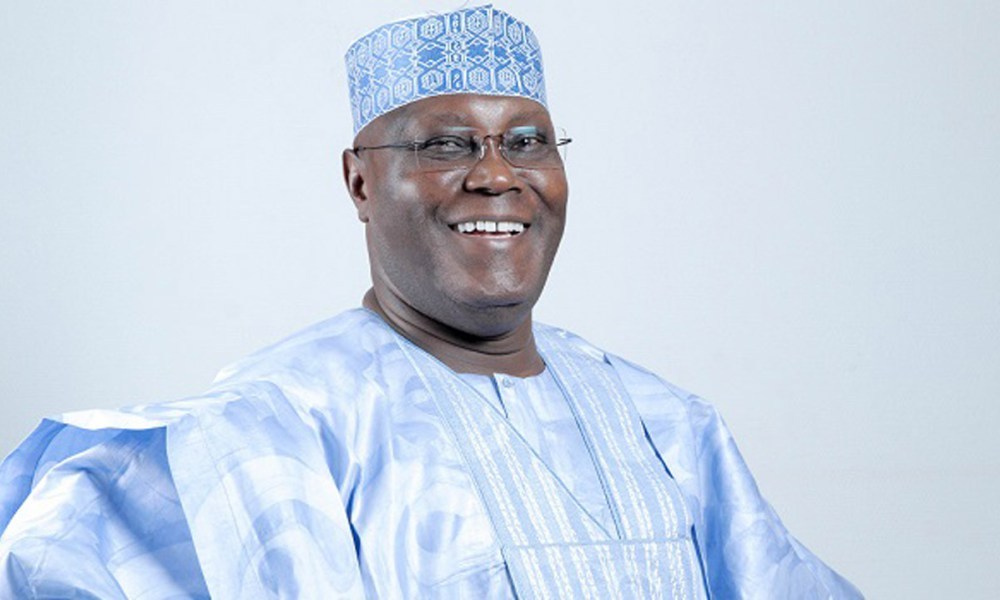 He said he attended the proceedings to “underscore the importance” of the case, “notwithstanding of my age and attendant health challenges.”

The tendering of the documents and forms used in the election followed the end of the pre-hearing session and beginning of the main hearing of the petition on Thursday.

The five-member panel of justices had on Wednesday, July 3 adopted the agreement of parties for Atiku and PDP to make their case within 10 days. On their part, the defendants will make theirs within six days.

Recall that we previously reported that the Presidential Election Petition Tribunal hearing the petition filed by Atiku Abubakar against the victory of President Muhammadu Buhari during the February 23 presidential election had ended its pre-hearing.

The tribunal fixed Thursday, July 4 for the commencement of the hearing of the petition filed by the PDP and its candidate.