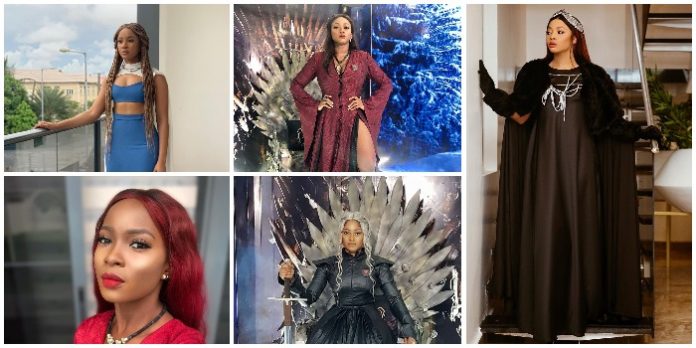 Social media was recently set on frenzy after Nigerian media personality IK Osakioduwa celebrated his 40th birthday ceremony and invited friends and colleagues in the entertainment industry to a Game of Thrones (GOT) themed party.

As expected, celebrities heeded the call by one of their own, but the question is: How many of them delivered up to par? 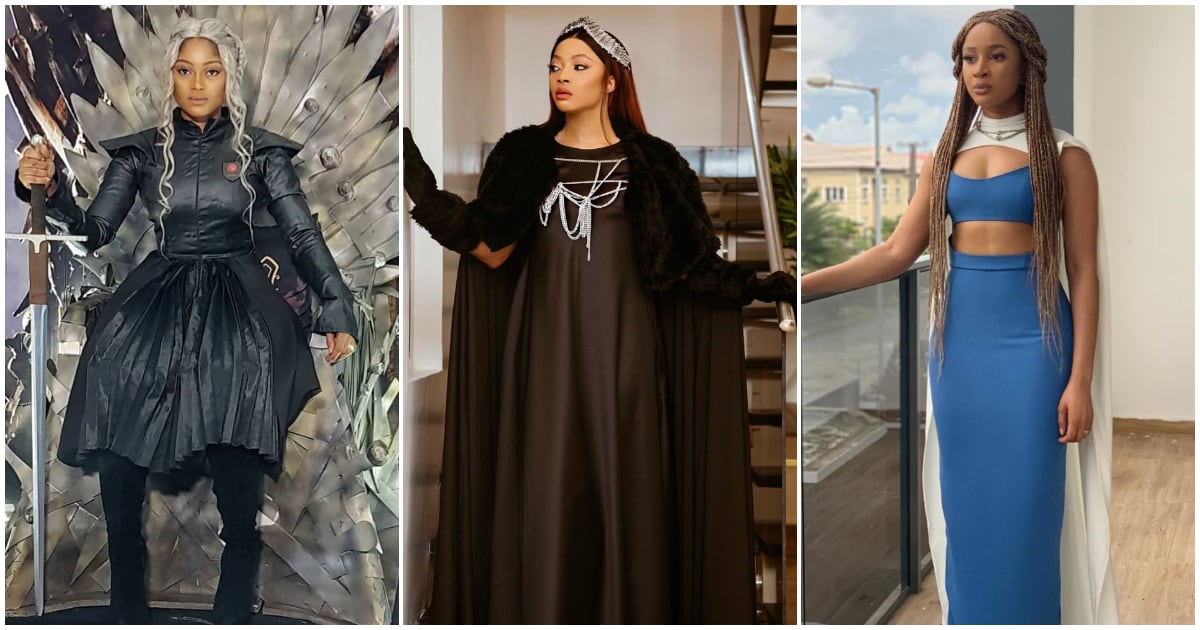 From the good, the ugly and the totally out of question crew, social media was flooded with several photos of actors, actresses, musicians, comedians and so many others, giving a go at some of the most memorable characters in the much loved hit TV series.

We have curated some of the top female celebrities that totally brought social media to a halt with their excellent delivery at recreating some of their favorite characters.

A look at the gorgeous screen diva’s photo shows that she did a nearly perfect job in appearing as Khaleesi, mother of dragons.

Lady Toke of house of Makinwa, first of her Name, defender of the Slaydom, keeper of the glow. Queen of the baby girls of life club, Master of her craft and she who has no chill button #ikat40 #GOT40 #IkGot40

Flamboyant radio girl Toke Makinwa is another worthy mention from hundreds of celebrities that graced the event. From her pose to her attitude, it is safe to say no one could have recreated Sansa Stark’s look just like Makinwa did.

A complete satisfaction to gaze at, Liz John Black entirely smashed the night’s theme as a war-ready Khaleesi. From the color of her hair, her pose and attitude, you just have to love her!

The Red witch or ? @aimanoshi

Music powerhouse Waje also features in this list and she does so as the red witch. Waje was a total eye-candy of the night with her red gown and bold neck piece that altogether presented her as the goddess of light

Teen actress Jemima Osunde is another worthy mention from female stars that made it a point of duty to deliver way beyond expectations.

Osunde stuns as the red witch in the much loved series. Her use of bold accessory and colored hair will leave you gazing in satisfaction at her photos.